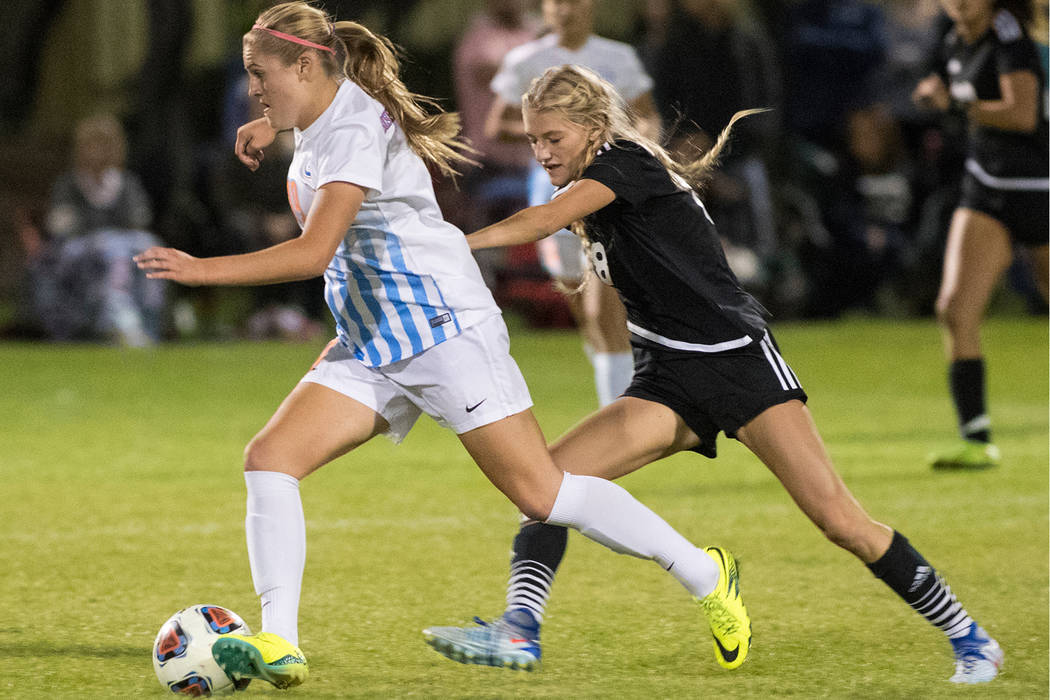 The senior helped the Gaels reach the Sunset Region semifinals with 32 goals and 13 assists this season. Bishop Gorman went 21-3-1 last season and won the Southwest League.

Jones, a Southern California signee, was named to the All-Southern Nevada team in the fall. She represented the US Soccer Under-18 Women’s National Team in the Women’s International Cup in Ireland in October, and is ranked the No. 23 recruit in her class, according to TopDrawerSoccer.com.

Jones is the fifth Bishop Gorman player to win the award, and first since since Haley Wingender in 2011-12. Coronado won the last two awards, with Taylor Kornieck taking it home last season, and Michaela Morris in 2014-15.