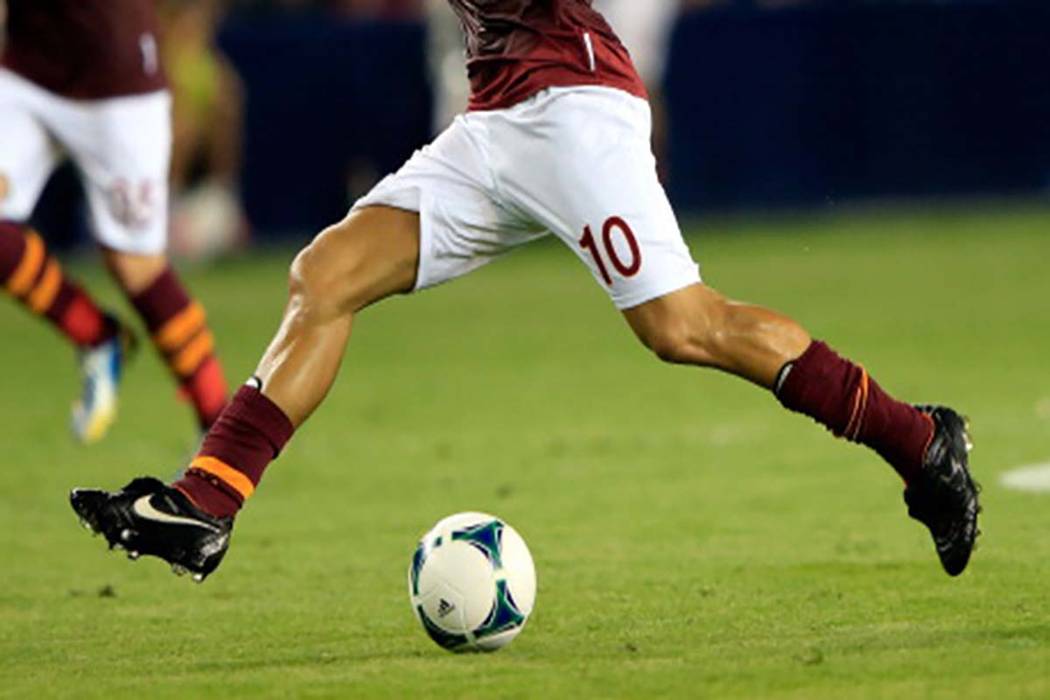 Quincy Bonds scored a goal and an assist, and the Centennial girls kept their state championship hopes alive with a 3-1 win over Douglas in the second round of the Class 4A state soccer tournament Thursday at Hug High School in Reno.

Centennial advances to Friday’s semifinals, and they will face Desert Region champion Coronado at noon. Centennial handed Coronado (19-1-4) its only loss of the season, a 2-0 decision Sept. 6.

The Bulldogs (17-3-1) trailed after Vaneza Diaz scored in the 14th minute, but Viviana Cera tied it six minutes later.

It was 1-1 at halftime, but it didn’t stay that way long. Bonds deflected an attempt to clear the box by Douglas into the back of the net to give the Bulldogs their first lead of the game. Kayla Barto put in the third goal with three minutes left in the game off a corner kick.

Douglas (14-8-1) struggled to find many scoring chances against the Bulldogs after the opening goal and had their season end.

Spanish Springs (14-1-3) moves on to face Bishop Gorman in the state semifinals at 6 p.m. Friday.

The game was scoreless until five minutes remained. That’s when Spanish Springs got a goal from Jesus Macias, two minutes after the Cougars went down a man because of a red card.

Diego Carrasco scored an equalizing goal for the Wildcats (22-2-2) with two minutes remaining in regulation to send it to overtime.

Las Vegas lost a man in overtime on a red card, but neither found the goal in the two extra sessions and went to the shootout.