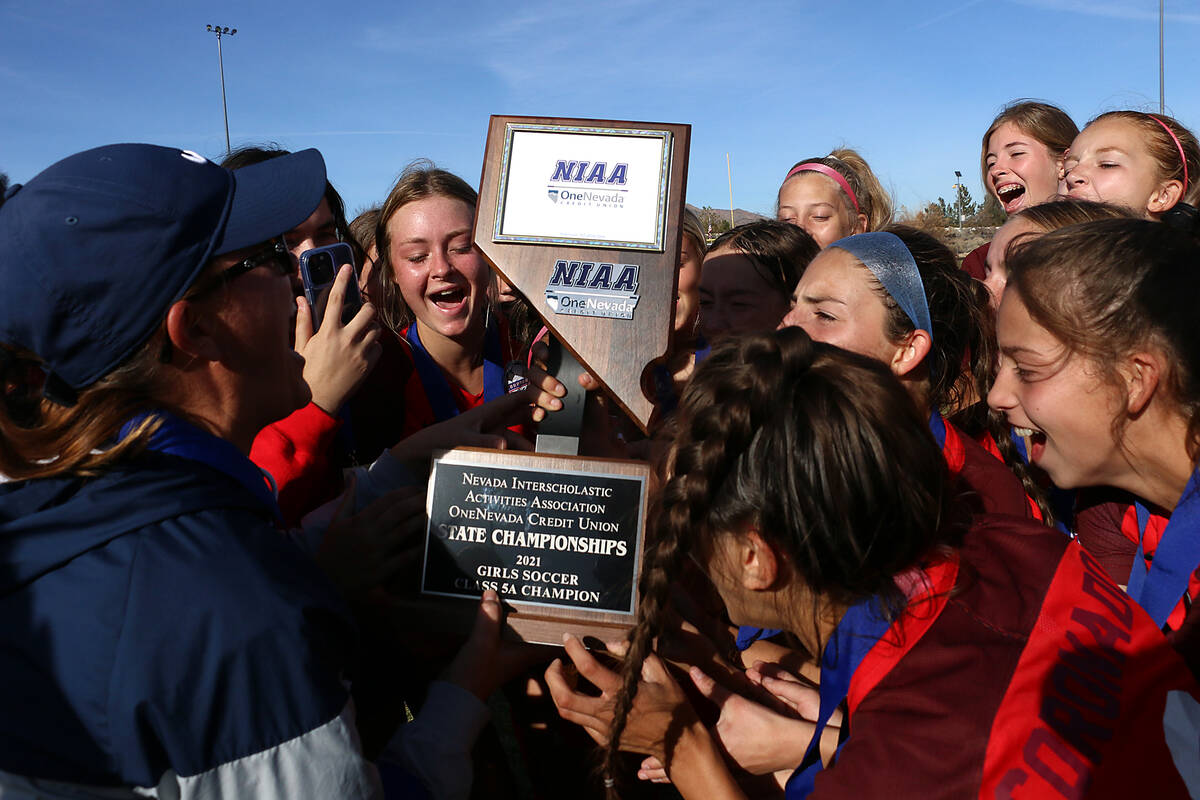 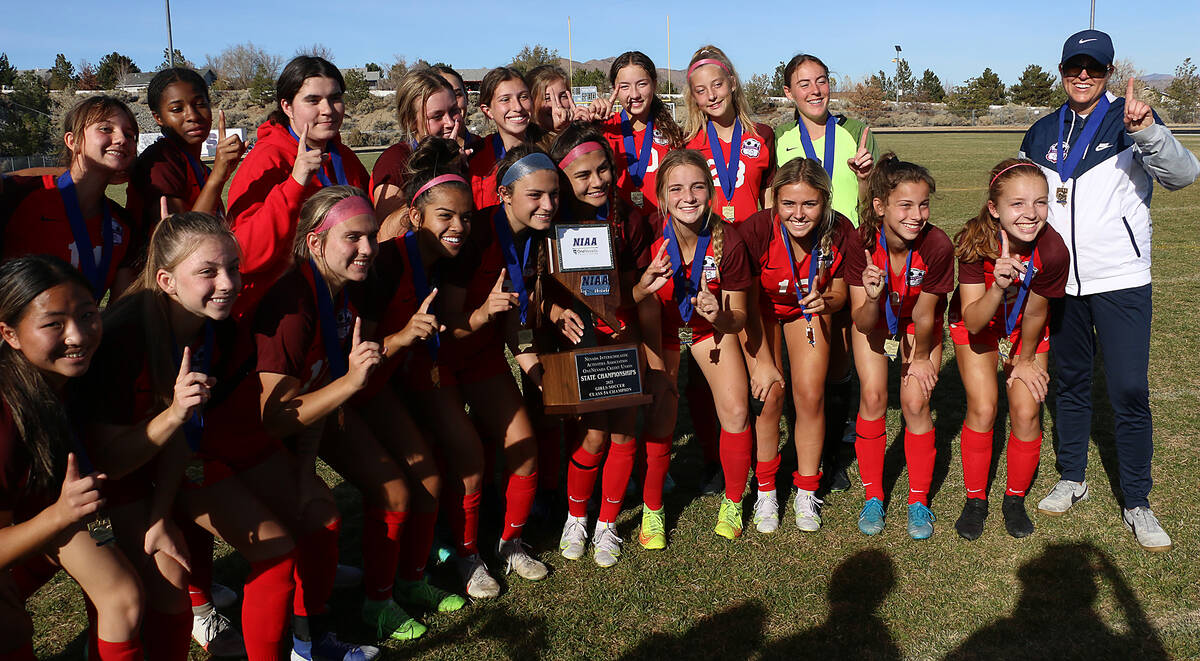 The Coronado and Faith Lutheran girls soccer teams have met so often and with so much at stake that there are no secrets or surprises anymore.

Alexis Pashales scored on a penalty kick in the 47th minute for the only goal, as Coronado won the first Class 5A state title — and the school’s first girls soccer state championship — 1-0 over Faith Lutheran on Saturday at Spanish Springs High School in Sparks.

It was the second time in a week that the Cougars defeated the Crusaders, and they also played twice in the regular season. They also met in the 2019 state championship game, a 1-0 Faith Lutheran win.

Coronado coach Dana Neel was chocking back tears as she tried to put the win into perspective.

“We’ve chased it for a lot of years, so for this group to get it, it makes me obviously emotional,” she said.

The game was scoreless into the second half, with both teams having one great scoring chance in the first half. In the 30th minute, Faith Lutheran goalie Ari Gaminara made a diving save to stymie Coronado’s best chance. Then, moments later, Coronado cleared out a Faith Lutheran corner kick.

After the penalty kick by Pashales, Gaminara made another diving stop to keep her team within a goal.

“I actually thought it would be a 1-0 or 1-1 into double overtime,” Faith Lutheran coach Bob Chinn said. “Without the PK, we’re still playing into extra time, but that’s all part of soccer. You just have to learn and deal with it.”

Neel credited the senior leadership of Pashales and Chrysta Vasquez with pushing the Cougars over the top.

“This is the year that I have such experienced seniors that have tasted it, and they were getting it,” Neel said. “They were going all the way to the end, making sure that was sealed for us.”

Chinn said his team played its best game of the four this season against Coronado.

“Today I honestly thought we outplayed them, but you know what, the result turned out how it turns out, and we just have to come back and be stronger,” he said.

Cimarron-Memorial 2, Bonanza 0 — At Foothill, Leanne Sawyer and Melinda Bravo socred a goal apiece, and the top-ranked Spartans shut out the No. 2 Bengals.

Cimarron-Memorial (19-1-1) won its first state championship, as Bonanza (16-2) fell short of its second.

Pahrump Valley 1, South Tahoe 0 — At Pahrump Valley, Paris Coleman scored off a corner kick from Adryanna Avena-Caraballo for the only goal.

Avery Moore got the shutout for Pahrump Valley (19-1), which won its third state championship and first since 2012.