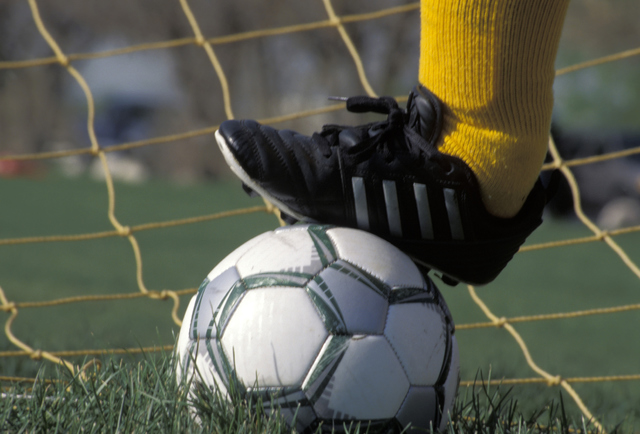 Coronado’s Jensen Boman had a goal and an assist Thursday to help the Cougars girls soccer team capture the Southeast League title with a 2-0 home win over Foothill.

Rachel Morris made six saves in the shutout.

Bailey Bunker and Lainey Cornwall each had a goal, and Kylee Batty finished with an assist for Moapa Valley, which trailed 1-0 at halftime.

Tech 1, Virgin Valley 1 — At Mesquite, Yudi Alavez scored in the 68th minute to help the Roadrunners tie the Bulldogs and clinch the top seed in the Class 3A Sunrise League.

Kennedi Ludvigson scored on an assist from Abbie Barnum for Virgin Valley, which will be the No. 2 seed.

Desert Pines 3, Mojave 3 — At Mojave, the Rattlers scored three goals in the second half to force a draw with the Jaguars.

Cynthia Carbajal-Marquez had two goals, and Diana Loza also scored for Mojave, which trailed 3-0 at halftime.

Iris Chavez had two assists, and Mikey Ontiveros had one assist for the Rattlers.

Clark 3, Cimarron-Memorial 1 — At Cimarron, Samantha Malley had a goal and an assist to lead the Chargers past the Spartans.

Dona Acierto and Emily Russell each scored a goal for Clark, and teammate Jackie Gonzalez had two assists.

Rancho 3, Eldorado 1 — At Rancho, Saiipress Jones, Faith White and Mitzi Reyes each scored a goal to lift the Rams over the Sundevils.

Elizabeth Amezquita had two assists, and Marlene Godoy had one assist for Rancho, which led 2-0 at halftime.

Las Vegas 4, Canyon Springs 1 — At Las Vegas, the Wildcats scored three times in the second half to beat the Pioneers.

Deisy Lopez had a goal and an assist for the Wildcats, and Maria Hernandez, Leslie Garcia-Pedraza and Brinkley McCoy all had a goal. Tabitha Maldonado had two assists for Las Vegas.

Madison Boyd and Preshus McCraney also scored a goal for the Aggies, and Sierra Vicente, Samantha Blanchard and Melanie Ara each added an assist for the Aggies.

Laura Garcia also scored for Cheyenne, which got goals from Mya Heard and Isel Acosta.

Shayna Thompson made six saves in the shutout.

Katherine Realegeno had two assists for the Warriors, and Adelina Jasso and Kirsten Molina each had one.

Faith Lutheran 7, Legacy 1 — At Legacy, Isabella Gutierrez had three goals and an assist to lead the Crusaders over the Longhorns.

Megan Donnelly had two goals and two assists, and Cameron Bracey and Maggie Shuirman each had a goal and an assist for Faith Lutheran, which also got an assist from Kadyn Lane.

Green Valley 6, Basic 0 — At Basic, Alexis Kirson and Maggie Bender each had two goals and an assist as the Gators shut out the Wolves.

Grace Panik and Mariah Neshkoff also scored for Green Valley, which led 2-0 at halftime. Hailey Thomas, Alexa Eastep and Savannah Newman had assists for the Gators.

Eastep and Ryan Sabol combined on the shutout.