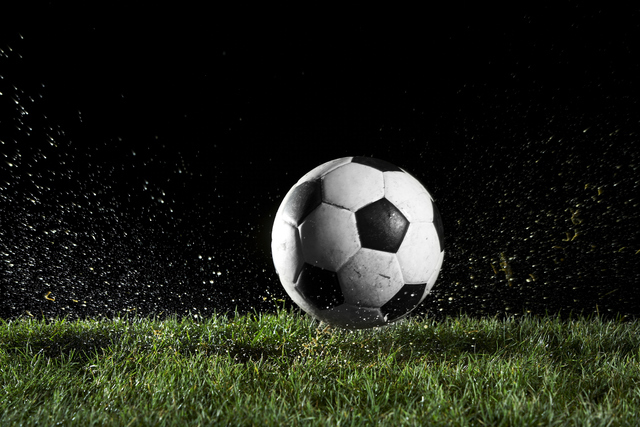 Soccer teams often can dominate a match and fail to get a desired result.

The host Diamondbacks converted just one of 16 shots, and Sierra Vista came through with the equalizer in the 55th minute as the Southwest League rivalry match ended in a 1-1 tie.

“We played well, and I feel like we dominated that game,” Ogden said. “We had a lot more offense, a lot more attacks, a lot more shots and we just couldn’t put them in. For us, it’s a learning experience going forward. We can’t underestimate any of these teams in our league. Everybody is fighting for those (four playoff) spots.”

Desert Oasis, which was coming off a win at perennial Sunrise Region power Green Valley on Tuesday, took nine shots in the first half, including five that were on target. But the Diamondbacks (6-2-1, 1-0-1 Southwest League) only had one goal to show for it.

Madison Montellano took a pass in the box from teammate Miah Strellnauer and slotted it to the back of the net to give Desert Oasis a 1-0 lead in the 12th minute.

The Diamondbacks appeared to double their lead right before halftime when Mazeli Rangel converted a rebound off Sierra Vista goalkeeper Jamie Kalaau-Sunia, but the goal was disallowed as Rangel was flagged for offsides.

“Technically, that’s not supposed to be offsides,” Ogden said. “Off a deflection, if they deliberately play it to our player, she’s not offsides. Our player was behind the ball and the deflection came off the goalie. Yes, she was in an offsides position before that shot went in, but with the new rule, 1,000 percent that’s not offsides.”

Sierra Vista’s Danielle Johnson scored from 30 yards out to tie the match in the 55th minute. It was only one of four shots taken by the Mountain Lions (2-2-1, 0-1-1) in the contest.

“The ball rolled out to her nicely, she set up and just found the right spot,” Sierra Vista coach Ross Muir said. “She took her chance when she had it. She does it in practice, so it’s nice to see it in a game.”

Desert Oasis defender Cayla Lee was a main reason Sierra Vista had limited opportunities. The senior was extremely active, often running around and clearing balls before the offense could get shots off.

“She’s one of the captains,” Ogden said. “She’s awesome. I’m confident we have a defense that can basically shut down about any team. But for us, we get scored on with goofy stuff like that far outside shot.”

“I’m very proud of my girls, coming back from a 1-0 deficit,” Muir said. “That’s a really talented team over there. We have a young team, but you can see them starting to develop and work together.”