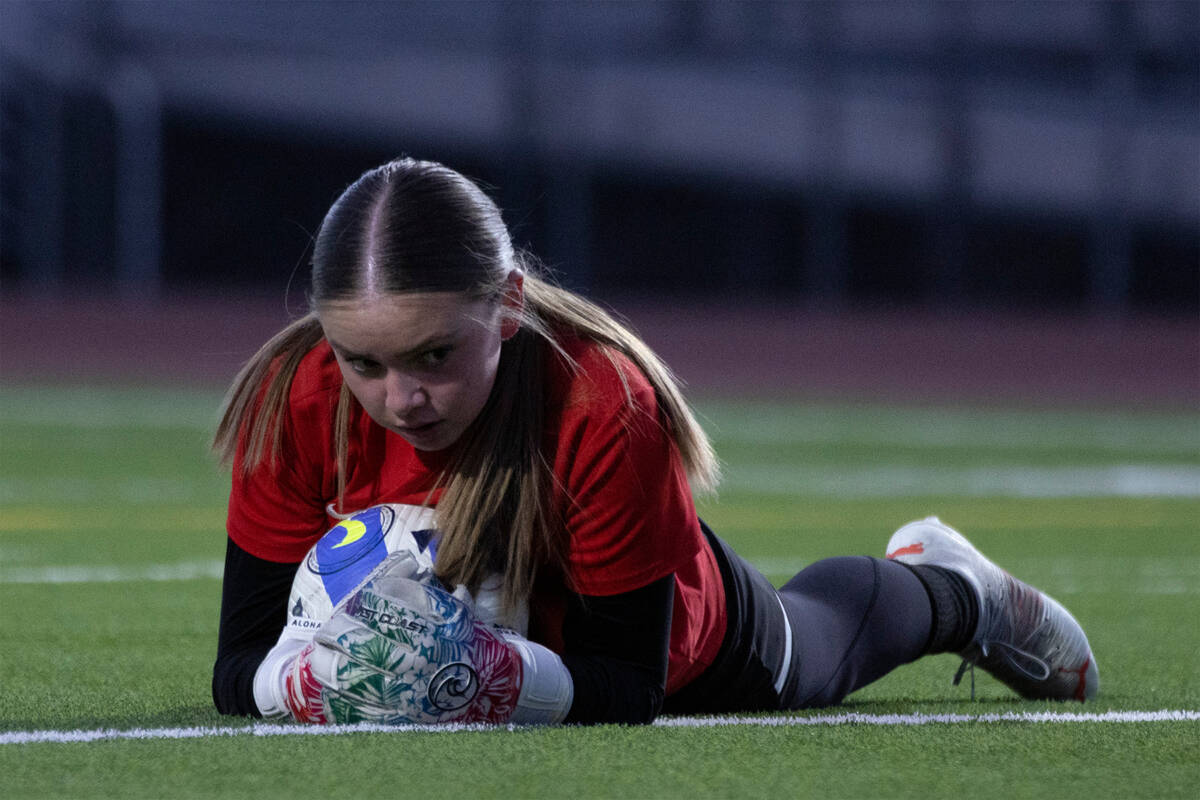 With the pressure on the undefeated and No. 1-seeded Dragons, Mashore said the environment helped her stay focused.

“Being in that environment where it’s so competitive, where everybody wants the same thing and wants to beat you, I like being there,” Mashore said. “It was very enjoyable, and I was able to play my game.”

Mashore had 12 saves in a 3-1 win over Spring Valley and was named the Nevada Preps Girls Athlete of the Week for her performance.

Mashore said she and her teammates handled the pressure well. She believes her preparation made her ready for the moment.

She also credited the bond she has created with her teammates as a source of confidence when she’s in goal.

“It helps out a lot,” Mashore said. “It makes me feel more comfortable with my teammates in front of me. And having such a great connection with the backline, the defensive line is also important because that way I know that I can trust them and they can trust me.”

Mashore plays club soccer for Heat FC, one of the valley’s top programs. She said the competitive nature of the club soccer scene has helped her make the transition to high school competition.

“It’s a big jump, but it helped me learn how to adjust to things quicker, and not everything is going to be perfect all the time,” she said.