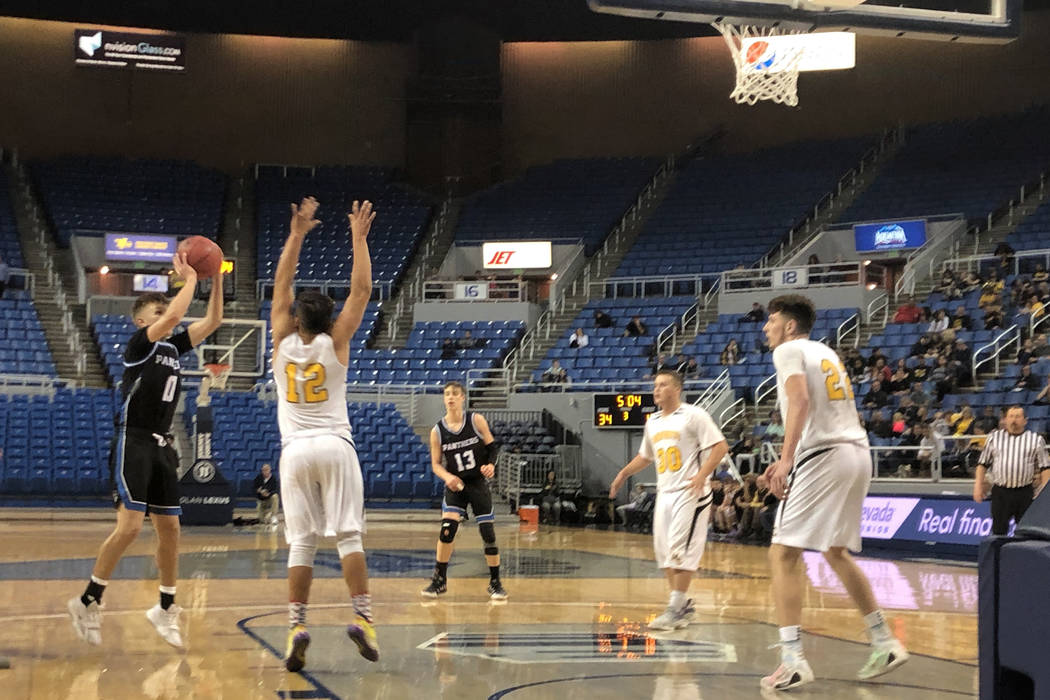 Pahranagat Valley senior guard Preston Higbee shoots a jumper in the third quarter of a 50-38 loss to Mineral County in the Class 1A state championship game at Lawlor Events Center in Reno on Friday, February 28, 2020. (Sam Gordon / Las Vegas Review-Journal) 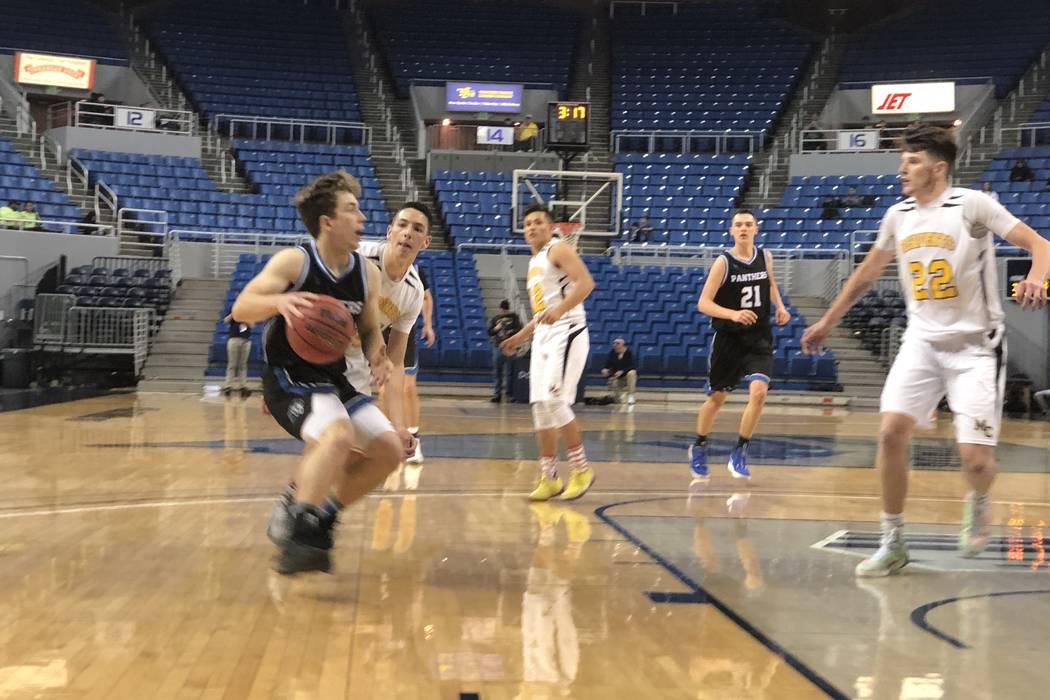 Pahranagat Valley senior guard John Hansen attacks the basket in the fourth quarter of a 50-38 loss to Mineral County in the Class 1A state championship game at Lawlor Events Center in Reno on Friday, February 28, 2020. (Sam Gordon / Las Vegas Review-Journal)

For the fourth straight year, the Panthers had their season ended by Mineral County. The Serpents won the Class 1A state championship — their second consecutive title — with a 50-38 victory Friday at Lawlor Events Center.

The Panthers (20-10) made only four field goals in the first half in falling behind early.

“Credit to those guys,” Pahranagat Valley coach Michael Strong said. “They made shots. We didn’t make a whole lot of baskets early, and it’s hard to win that way. It felt like we couldn’t get out of our own way at times.”

Despite its offensive woes in the first half, Pahranagat Valley made a small push to get within 26-15 at halftime. But the Serpents had two four-point trips early in the fourth quarter on which they made the first free throw, missed the second but grabbed the offensive rebound and kicked it out for 3-pointers.

That was part of a 12-2 run that allowed Mineral County to push its lead to 20. Pahranagat Valley got as close as nine in the fourth quarter but never seriously challenged.

Preston Higbee and Ira Bowman scored 11 points apiece for the Panthers, but Bowman was scoreless in the first half.

“They do a good job,” Strong said. “They got up and made us a little uncomfortable with their ball pressure. They put their long defender on Ira, and he (defender) did a really nice job.”

Kori Johnson scored 11 for Virginia City (18-9), which outscored Mineral County 31-8 in the first and fourth quarters. Jayla Tolliver had 10 points for Mineral County (24-4), the 2019 state champion.