In late June, Bishop Gorman president John Kilduff spelled out to the Nevada Interscholastic Activities Association how his school would be more transparent to ease concerns that the state’s public schools have about the Gaels recruiting top athletes.

It was supposed to be a lead in to conversations to build relations between the private and public schools.

Those conversations were supposed to help level the playing field for the groups and avoid a situation that eventually could cause the Clark County School District’s schools to stop playing Gorman altogether.

“There’s really been no communication with the principals since we made that proposal,” said Kilduff, whose school has dominated recent boys major sports titles.

That changed a little on Tuesday when Kilduff spoke to several of the district’s high school principals and athletic administrators at the first of three NIAA public school/private school meetings scheduled for this year.

It included a rather pointed question from Green Valley principal Jeff Horn.

After Faith Lutheran president Steven Buuck and Kilduff each detailed similar ways by which students receive financial aid at their school, Horn asked Kilduff whether anyone at Gorman ever directs potential students to alumni or donors who might be willing to pay that student’s tuition.

“Absolutely not,” said Kilduff. “We hear rumors every once in a while, but clearly, as I stated categorically, we don’t do that. And the frustrating part is we hear these rumors, but we’re never given the names to follow up on it.”

Gorman, has never been sanctioned by the NIAA for any wrongdoing, Kilduff said. The organization has said it has never received any proof that Gorman has violated any rules.

“There’s never been any circumstance where we were proved to be doing something wrong, so it’s frustrating to us,” he said.

CCSD executive athletic director Ray Mathis said the decision whether to play a private school in a nonleague game is up to each school.

But it might just be the tip of the iceberg.

Both sides have agreed to make some concessions with Gorman being more open about its record keeping and the school district members so far agreeing not to just forfeit games in an effort to avoid playing the Gaels.

“There have been some concessions on both sides, but neither side is willing to come to a full agreement, so I think it’s going to take some time,” said Coronado principal Lee Koelliker, a member of the NIAA’s Board of Control. “The more that we bring things up like we did today, it will help principals understand more what (Gorman) does.”

And that’s vital as rumors continue to circulate that CCSD principals will at some point opt to not play Gorman or to pull out of the NIAA.

“In discussion with my colleagues, that is a possibility,” Koelliker said. “It’s good competition, but it’s been going on so long, that principals are tired of it.” 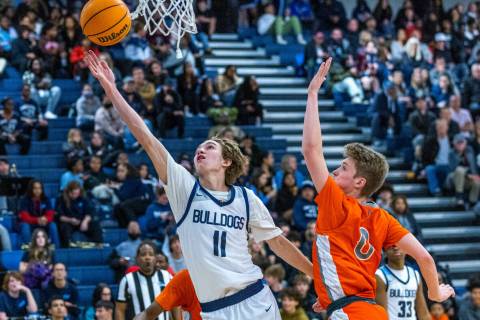 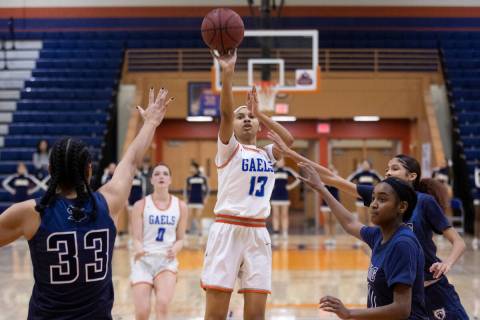