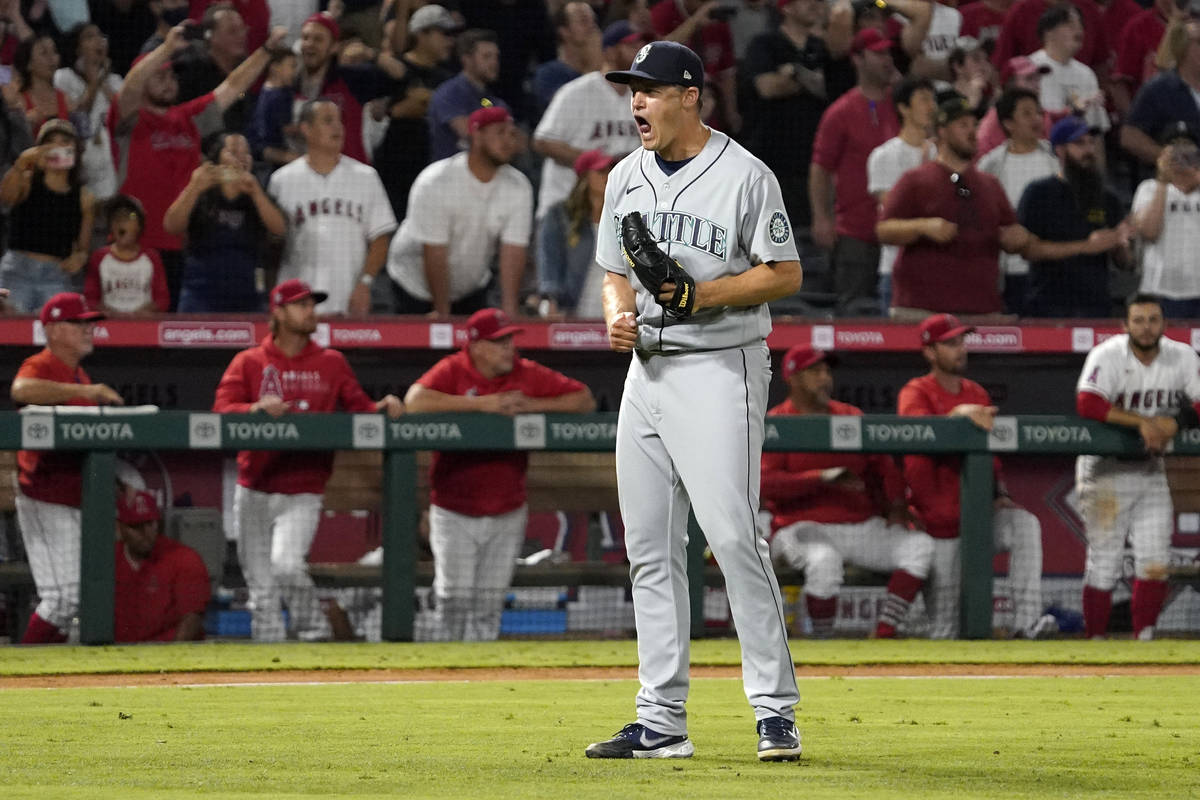 Seattle Mariners relief pitcher Paul Sewald celebrates as the final out is made to end their baseball game against the Los Angeles Angels Friday, July 16, 2021, in Anaheim, Calif. The Mariners won 6-5. (AP Photo/Mark J. Terrill)

When he started attending classes at the new Bishop Gorman High School in 2007, Paul Sewald said it was only about half-finished. But the Seattle Mariners’ veteran right-hander said it was nice not to hear gunshots.

“The seven gunshots on the first day of practice my freshman year, that was fairly interesting,” said Sewald, who spent his first three years at the old school on Maryland Parkway where the Gaels practiced and played at Hadland Park.

“Fifty-two years without a championship when everybody thinks we were a powerhouse in everything,” he said.

He didn’t get to play in Gorman’s on-campus ballpark. He recalls the football team only playing one game in its new stadium that season.

As for Gorman’s unparalleled success since completion of the new school in Summerlin, he said “the A-plus-plus facilities definitely made a difference, and moving out to that part of town definitely made parents feel a little bit better about sending their kids there.

“And then success makes more people want to go there — it’s really a recruiting tool for helping your kids get to the next stop,” Sewald said.

He agreed that most students at today’s Gorman aren’t familiar with the school’s humble origins or its humble athletic past.

“We came from having to grind it out at those facilities before we got to national prominence,” the personable pitcher said. “We won three (state championships), and then they won four straight when my brother (Johnny) was there. But my sophomore year was the first one we had ever won.

“I really took pride in that, being part of the first team to win one. I think it meant more to us doing that than it means to the teams that consistently win every year. They don’t know what the struggle was like, so they don’t appreciate the championships the way we did.”

Sewald said he will always be true to his school.

“My wife (Molly, whom he met while playing in the Arizona Instructional League) gives me so much trouble that I take so much pride in my high school. But if you’re part of the Gorman community, you understand what it’s like to be proud of your high school,” he said.

“Those were four of the best years, the best times.” 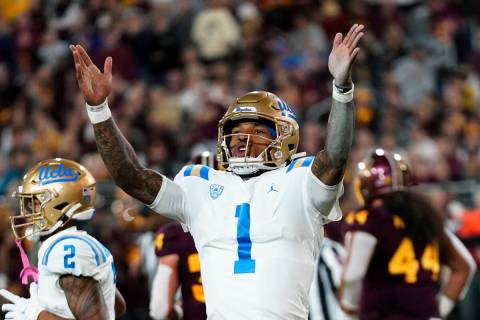 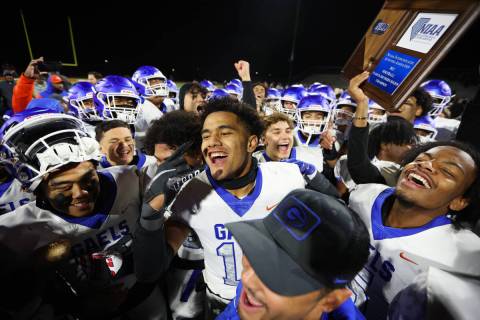 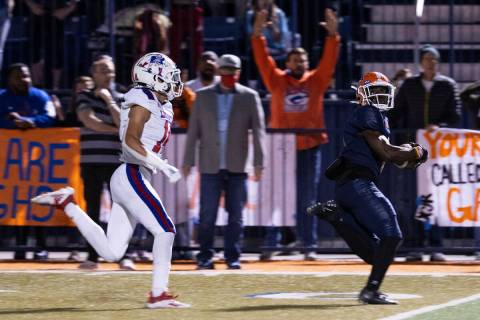