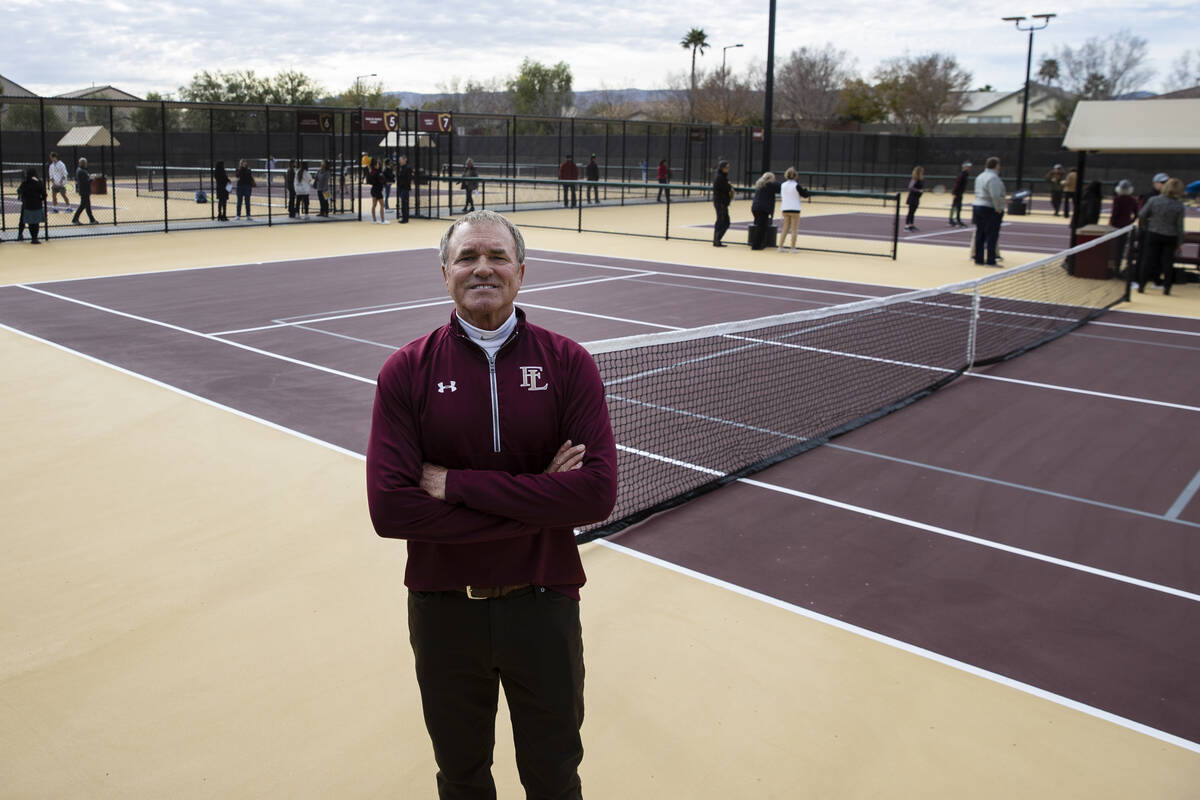 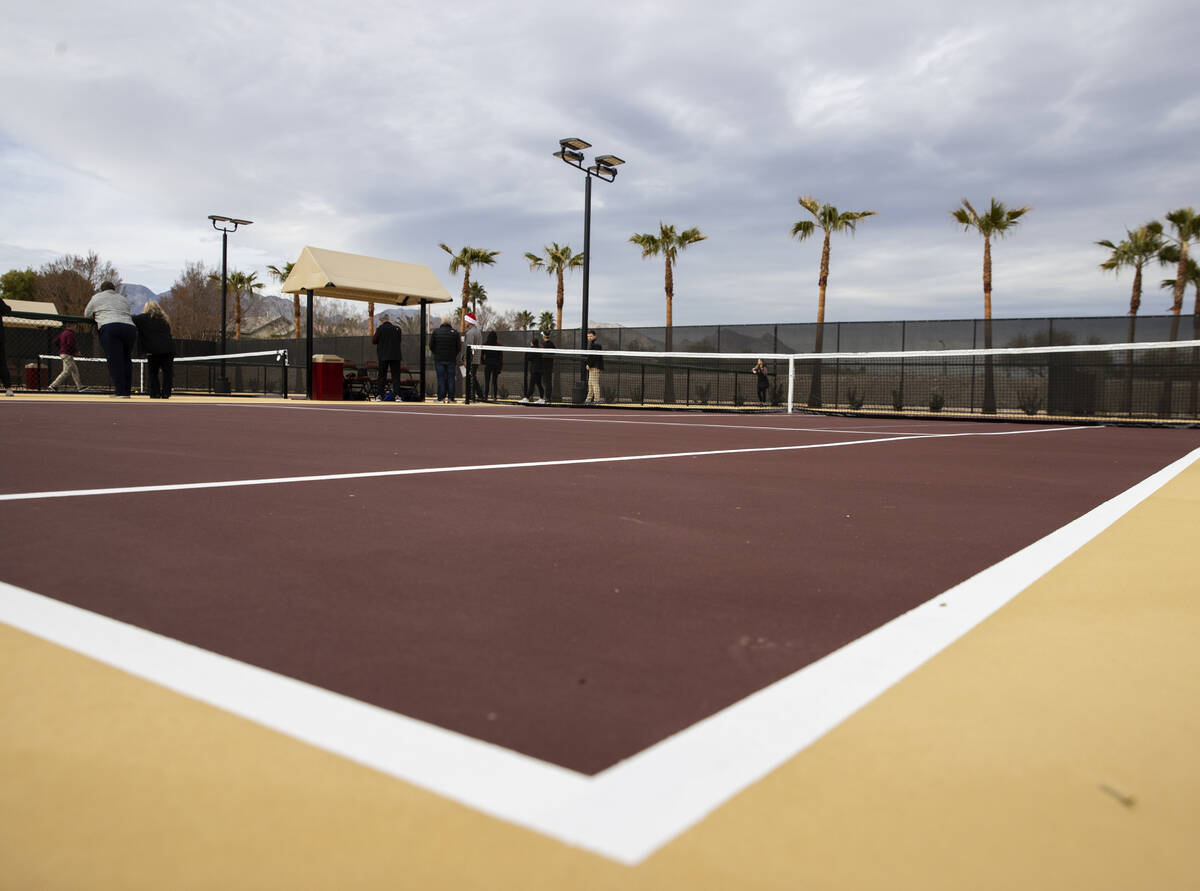 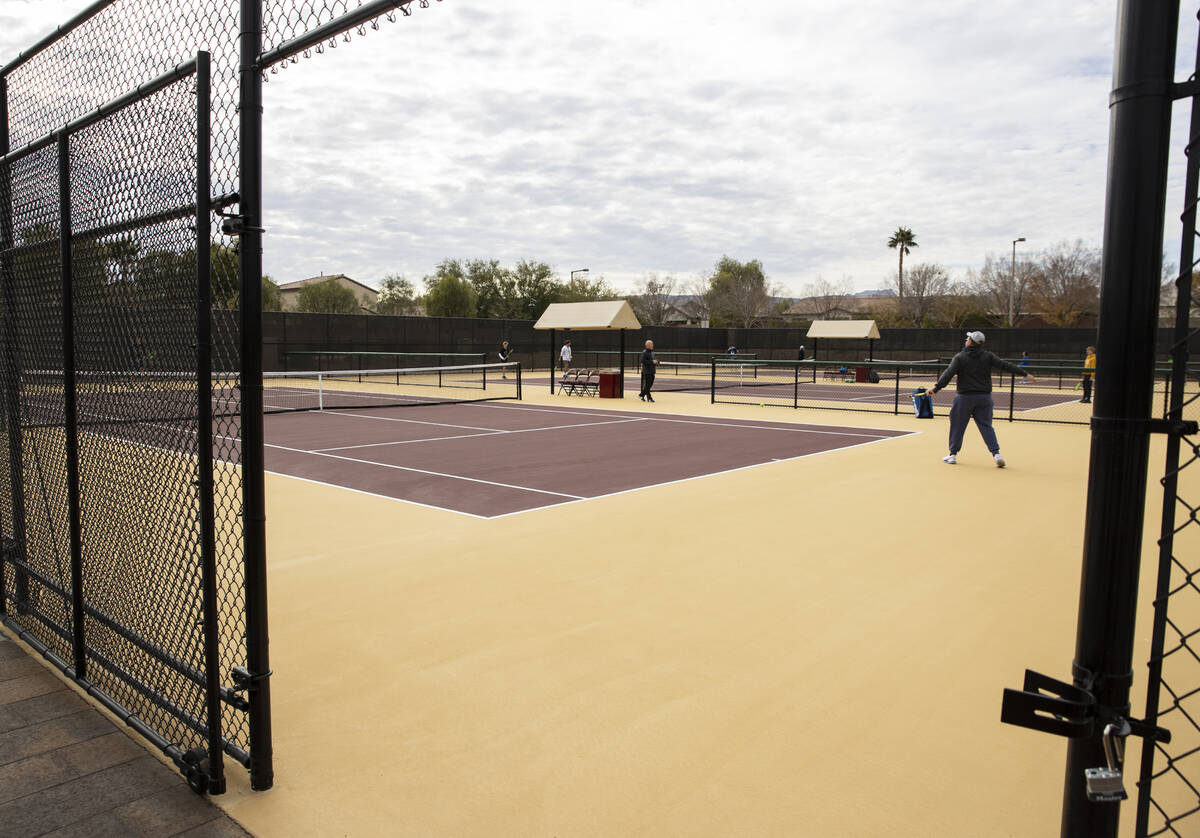 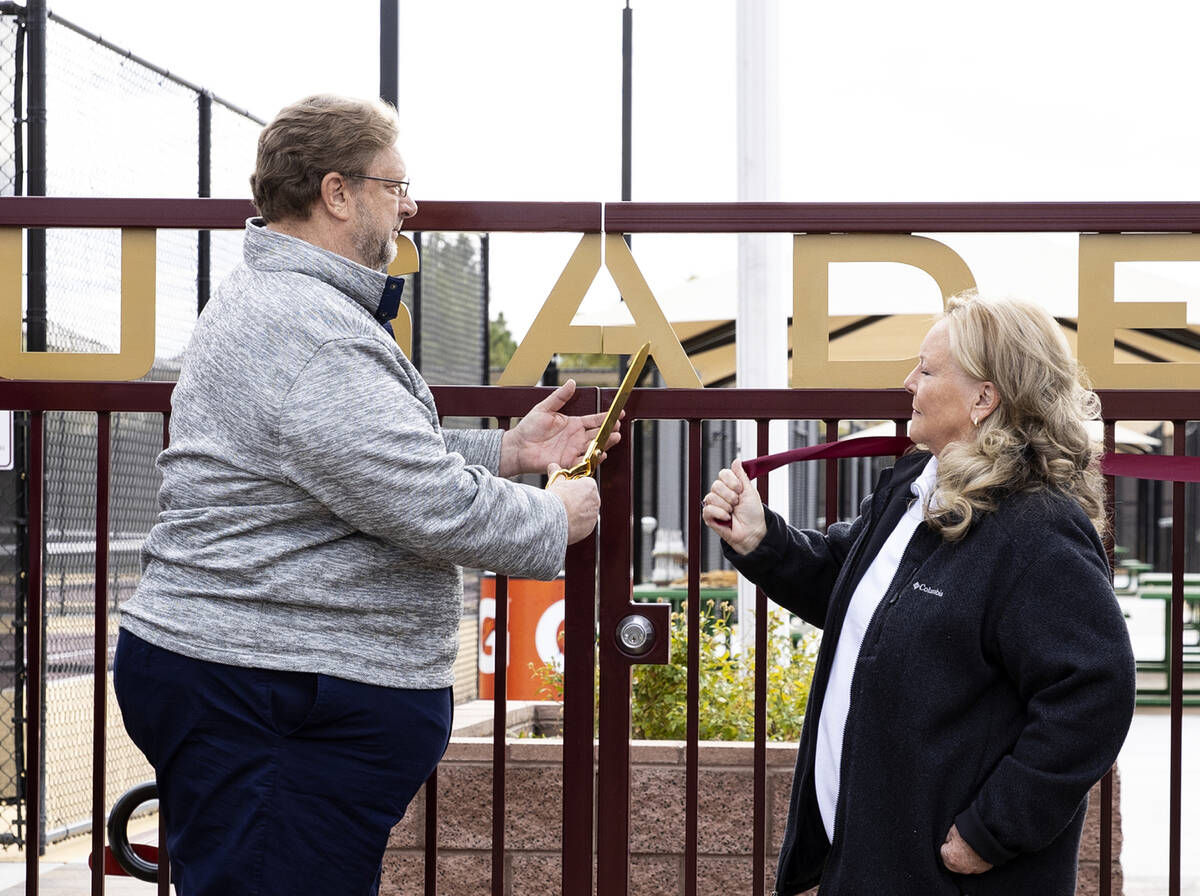 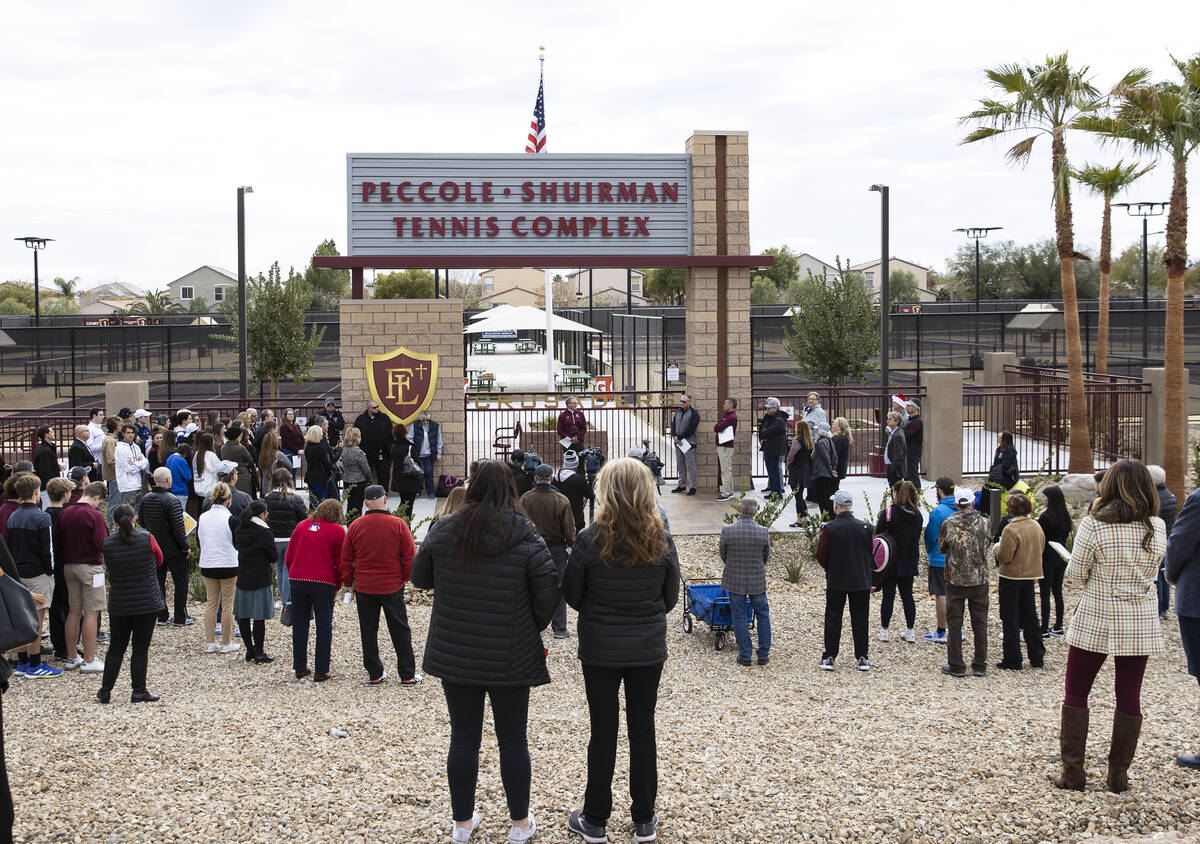 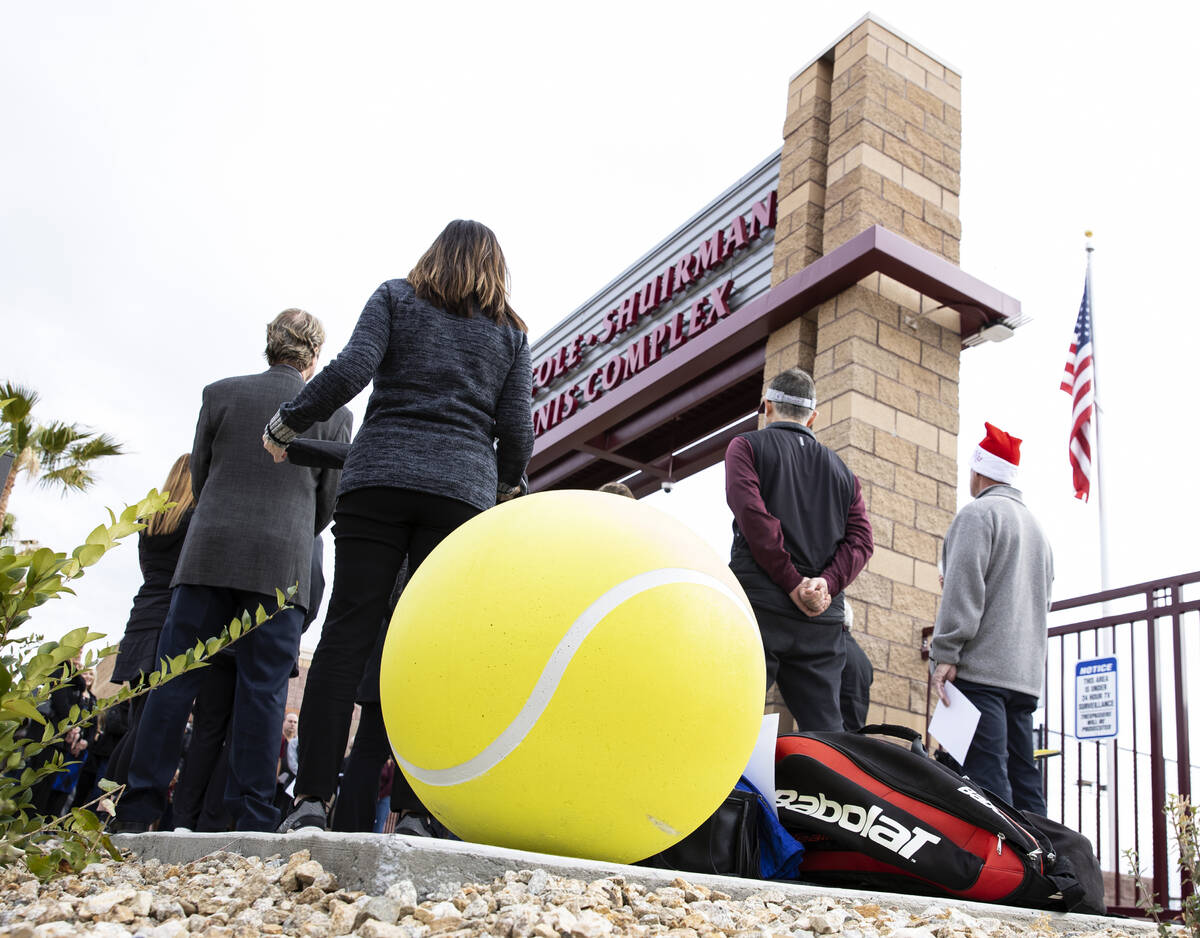 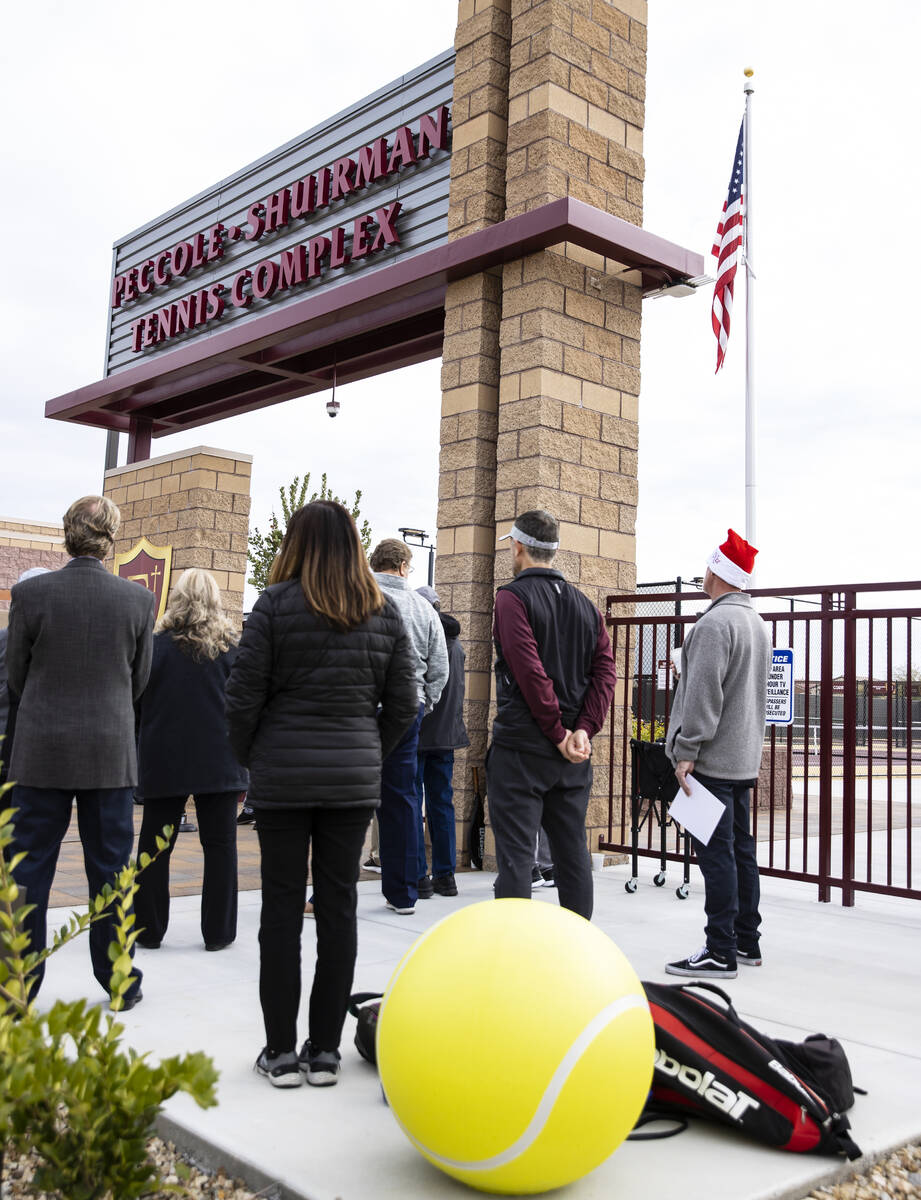 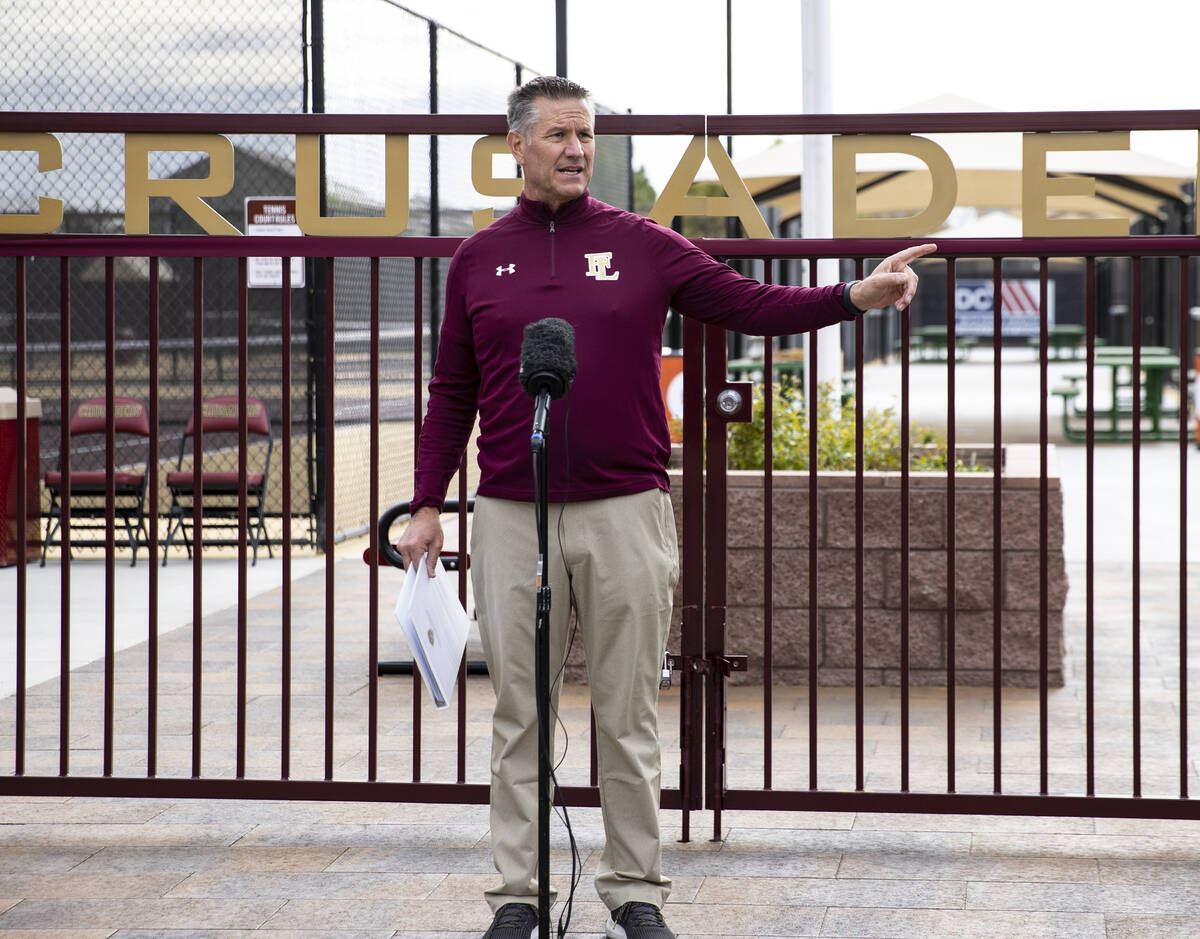 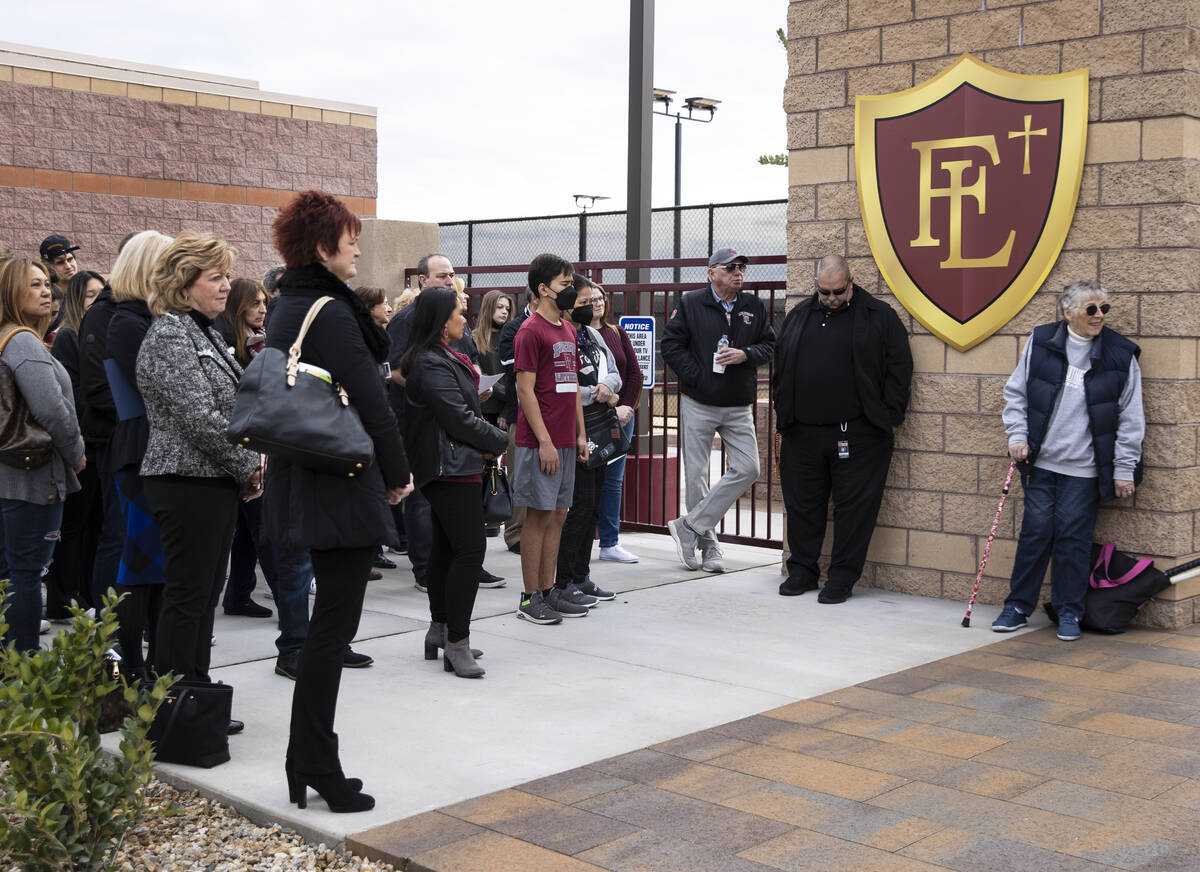 So the pressure really is on now, Faith Lutheran coach Jeff Foley said.

“That’s right, we’ve got to keep up the good work,” Foley said at Tuesday’s ribbon cutting and dedication ceremony of the $3.4 million Peccole Shuirman Tennis Complex on the school’s campus in northwest Las Vegas.

Along with serving as home of the reigning Class 5A boys state champions and girls runner-up, the 10 courts built on 3.4 landscaped acres also are expected to raise the profile of youth tennis in Las Vegas.

“Most high school facilities are eight courts, and this is a 10-court facility — and that was one of the reasons I pushed for that,” Foley said. “If we have 10 courts, we can host state. So when the tennis state tournament is in the south, we’ll be able to be one of the main sites.”

Foley is head pro at the Darling Tennis Center, the former site of the ATP Tour’s Tennis Channel Open before it was sold after the 2008 event. Darling also served as home of the Faith Lutheran teams until now.

“So this will be really beneficial — down the line, there probably will be some league play whether it’s adults or kids,” Foley said.

Four of the 10 courts are lighted, which should make them more accessible in the summer months when Las Vegas’ searing daytime temperatures discourage tournament play and even casual serving and volleying among friends.

But their most distinguishing characteristic is the hue of the playing surface — maroon and light yellow, mirroring Faith Lutheran’s colors and the athletic gear worn by Foley, athletic administrator Bret Walter and other dignitaries representing Nevada’s largest private school who were on hand for the opening ceremony. 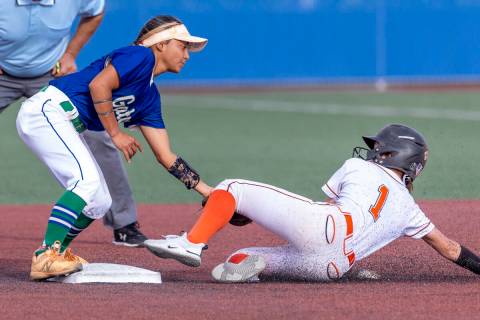 Faith Lutheran and Green Valley will play in an elimination game Friday at Bishop Gorman in the Class 5A state softball tournament — their fourth meeting this season. 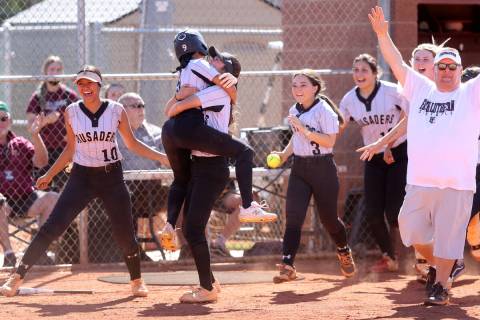 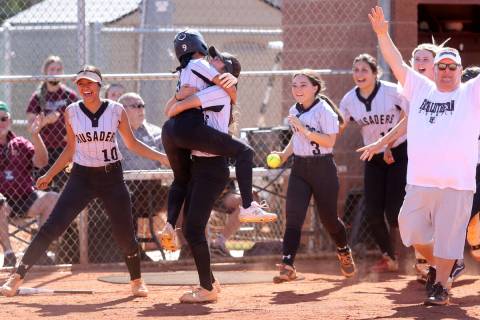 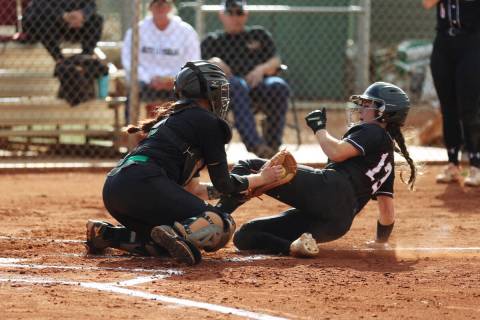 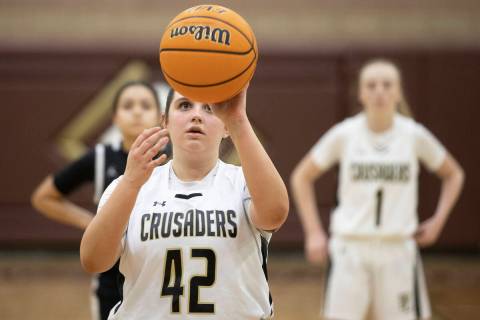 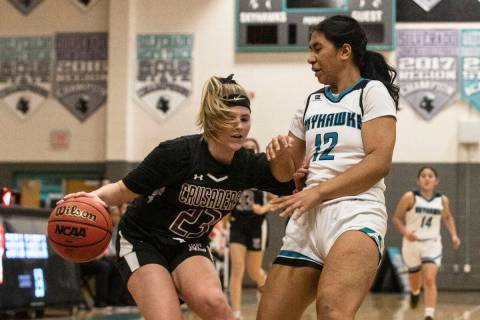