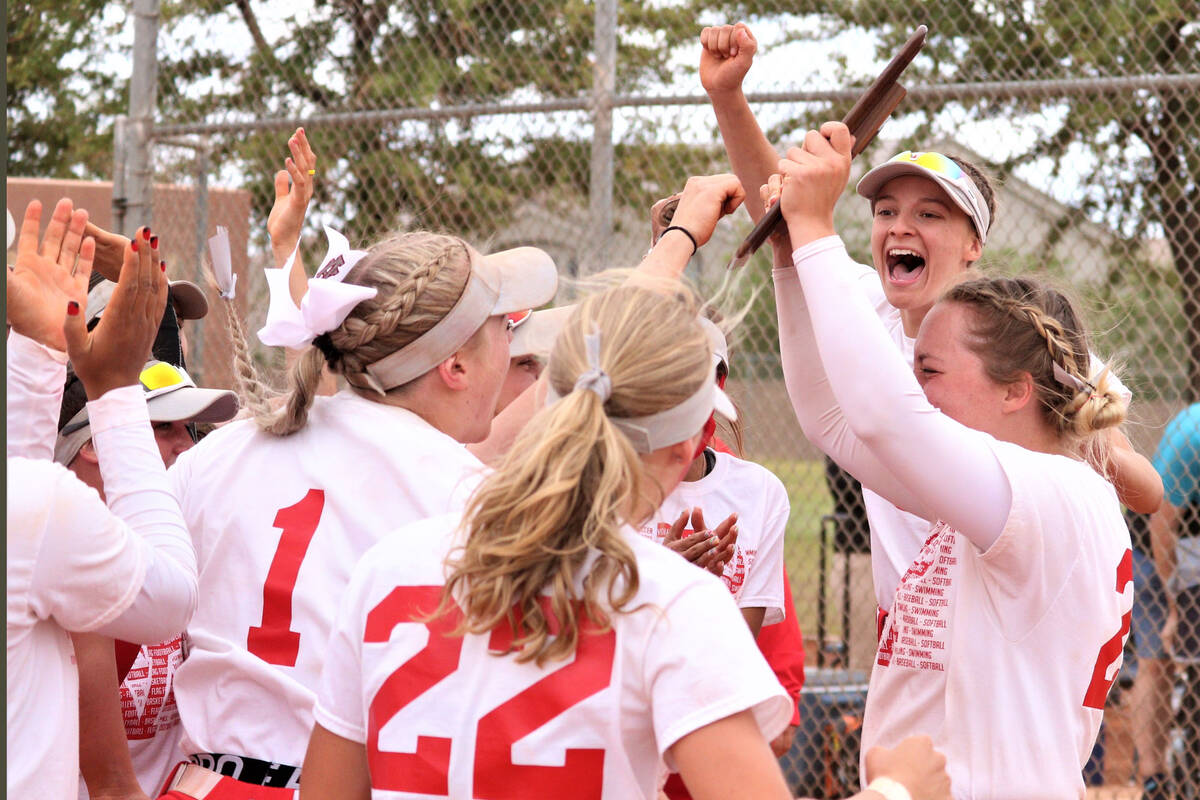 Arbor View pitcher Annie Finch (far right, holding trophy) celebrates with teammates after winning the Class 5A Southern Nevada championship in May. Finch will sign a national letter of intent to play for Brown University on Wednesday. (Courtesy photo/Chris Strong)

Arbor View pitcher Annie Finch poses with the trophy after winning the Class 5A Southern Nevada championship in May. Finch will sign a National Letter of Intent to play for Brown University on Wednesday. (Courtesy photo/Chris Strong) 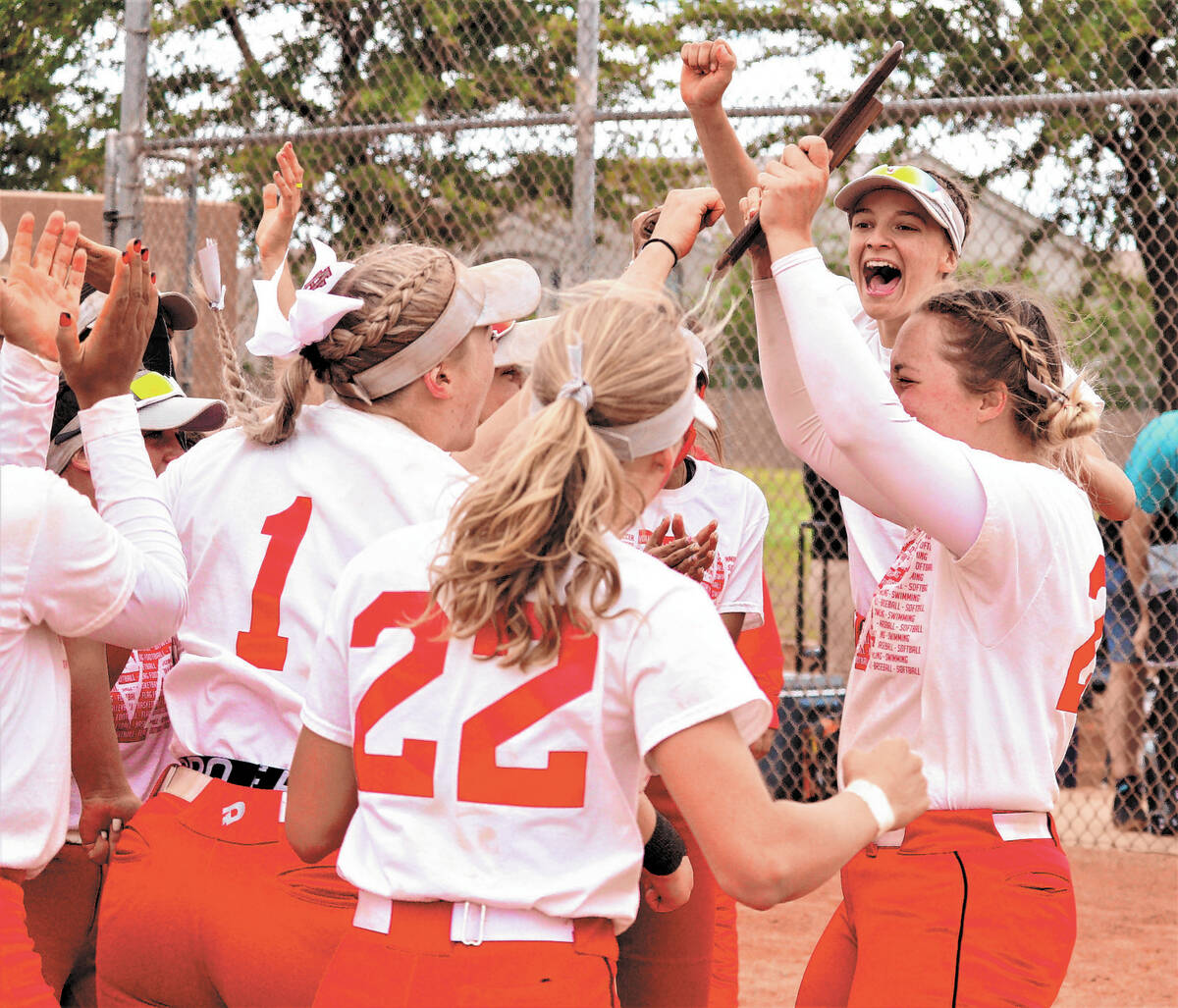 Arbor View pitcher Annie Finch (far right, holding trophy) celebrates with teammates after winning the Class 5A Southern Nevada championship in May. Finch will sign a national letter of intent to play for Brown University on Wednesday. (Courtesy photo/Chris Strong) 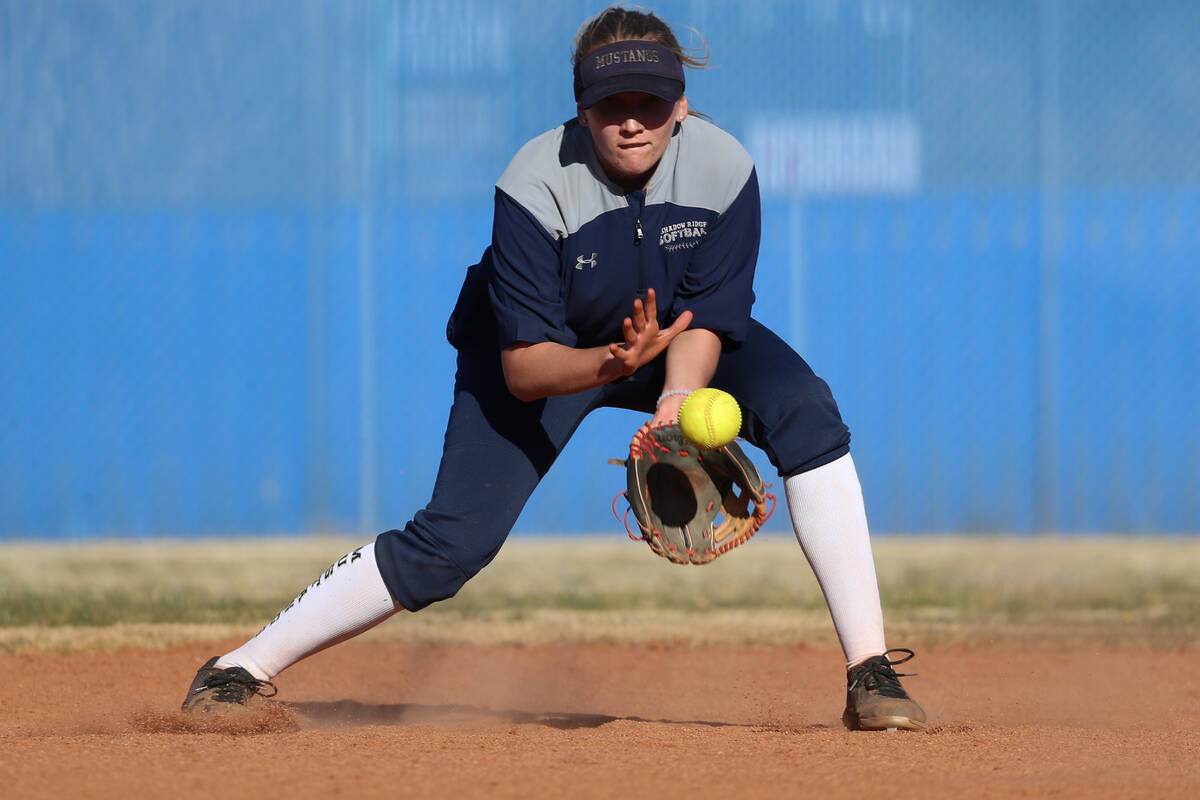 For most athletes who make their college choices known on national signing day, especially those who will sign at a Division I school, it’s the culmination of a lifelong dream.

That’s not the case for Annie Finch, a softball pitcher from Arbor View. She had an entirely different path in mind.

She wanted nothing to do with playing Division I ball. She wanted to go to a Division III school — particularly Massachusetts Institute of Technology — and study applied mathematics.

The plan for her major is still the same, but her softball plans changed when Brown University came calling. She fell in love with Providence, Rhode Island, a much smaller city than Boston, when she visited Brown, and that’s where she will sign Wednesday.

“I talked so much smack about Division I,” Finch said. “I was going to a Division III school, and nobody could change my mind. But the Ivy League is a whole different breed. I don’t have to compromise anything with my education, and I still get to play at the highest level.”

Finch is one of the many athletes in the valley who will sign a national letter of intent Wednesday.

Before Finch heads to college, she will have one more season with her Arbor View teammates. That includes four other seniors who will sign Wednesday in Trinity Brandon (San Diego State), Makena Strong (Montana), Paige Kellogg (Minot State) and Micaela Resler (Utah State Eastern University).

Arbor View has its eyes firmly on a state championship after winning the Class 5A Southern Region championship last spring, and that core is the main reason for its optimism.

Brandon is the team’s spark plug and brings an exciting and joyous way of playing softball that she sees from San Diego State. She said she “fell in love” with assistant coach Mia Longfellow’s bubbly personality that is similar to her own and relishes the opportunity to learn from a softball legend in coach Stacey Nuveman.

“I’m really ecstatic about learning from her because she’s an Olympian, and playing at that level means a lot,” Brandon said. “I have so much respect for her, and the hitting coach (Victoria Hayward) is also an Olympian from Canada, so I got really lucky with who I’ll have as my coaches.”

Strong will team up with a rival from across town at Shadow Ridge in Breiana Bonkavich, who will also sign with Montana.

Bonkavich and teammate Hailey Morrow, who will sign with Brigham Young, have unfinished business of their own after the Mustangs won the 2019 state championship, but fell to Arbor View 6-5 in the 5A Southern Region championship game in last spring’s shortened season.

Morrow has been committed to BYU, which she said is her dream school, since eighth grade, so it’s been a long wait for her to officially sign.

“It was super hard to wait this long,” she said. “But it really taught me patience and how to keep focused on a goal. It’s really exciting to go to (BYU). It’s a great atmosphere with great coaches and teammates.”