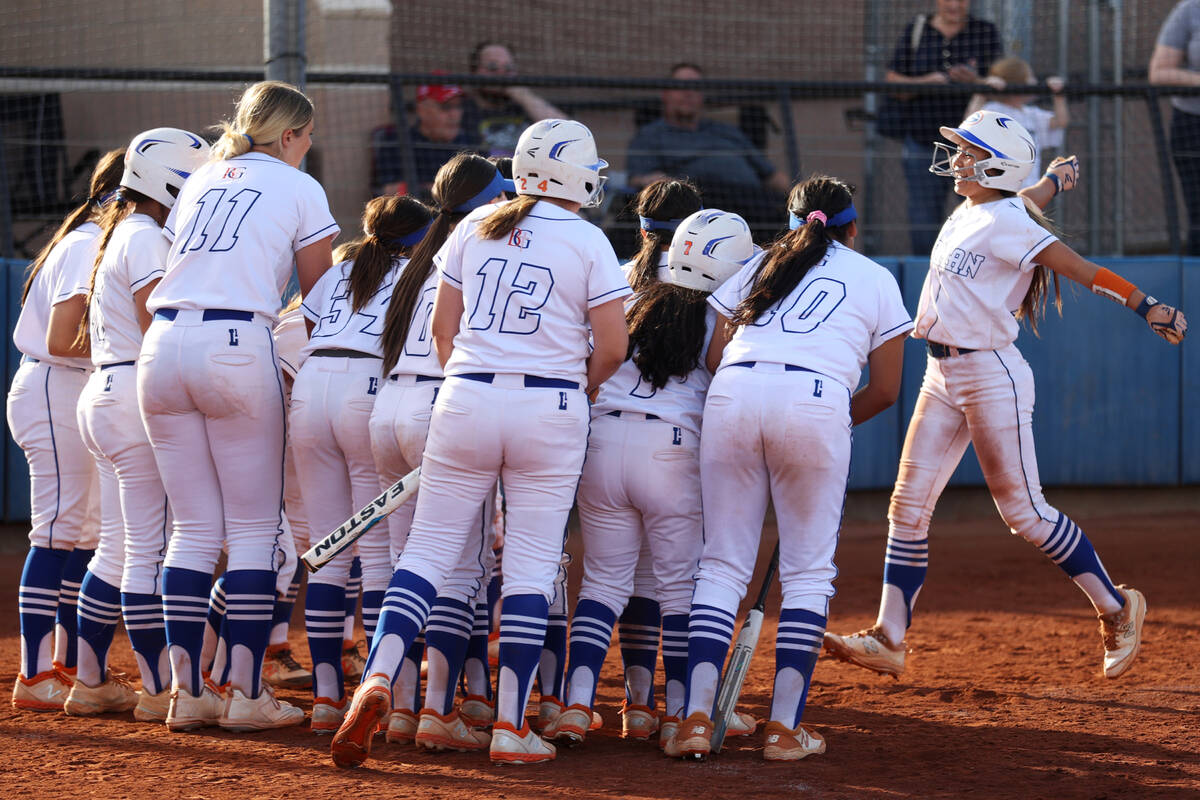 To say it’s been an easy run through Class 4A competition for Bishop Gorman would be an understatement.

The Gaels coasted through the Mountain League slate with a 14-0 record and outscored their opponents 188-18. They have won their two 4A state softball tournament games 11-2 over Las Vegas and 14-4 over Spring Valley.

Only one team in 4A has been able to remotely stand up to Gorman, and that’s Legacy. The Gaels won both meetings, but the latter was an 11-8 decision in which the Longhorns had the bases loaded in the seventh inning before Gorman got out of the jam.

Gorman and Legacy will meet as the last two teams remaining in the winners bracket at 4:30 p.m. Wednesday at College of Southern Nevada. The winner will advance to the state championship round at 10 a.m. Saturday.

“They’re definitely a scrappy team and well-coached,” Gorman coach Kevin Smith said of Legacy. “They don’t give up, and that’s something my girls have to be prepared for.”

There will be two elimination games at CSN preceding the Gorman-Legacy game. Desert League champion Silverado will face Chaparral at 11:30 a.m., with Spring Valley and Cimarron-Memorial playing at 2 p.m.

The Gaels are favored to win the title, especially considering they ran through the bracket without much resistance last year to win the crown.

That championship, however, is not recognized in the Nevada Interscholastic Activities Association record book because it was a shortened season. Of the six teams remaining, only Spring Valley (2016 in 3A) has an official state title.

But nobody is ready to hand Gorman the trophy just yet. Legacy coach Dan Johnson said the Longhorns missed out on showing what they could do in the shortened season because two of their best players — Madison Ruiz and Desiree Jefferson — were lost to knee injuries.

“We felt cheated by injuries last year, and we got put out early. We had a motto of unfinished business, and we look at it like we’re going to show everybody what we have,” Johnson said. “This hasn’t been a good program, but this senior class came in the same year I did, and we’re excited to have the program where it is right now.”

Where they will be Wednesday is likely facing Gorman ace pitcher Rylie Pindel, who is 13-1 with a 0.82 ERA.

“You know you’re going to have a fight with those guys, especially with Rylie (in the circle),” Johnson said. “It seems like everybody in 4A has one quality arm, and some have two if they’re lucky, but I think Rylie is one of the best pitchers in the state.”