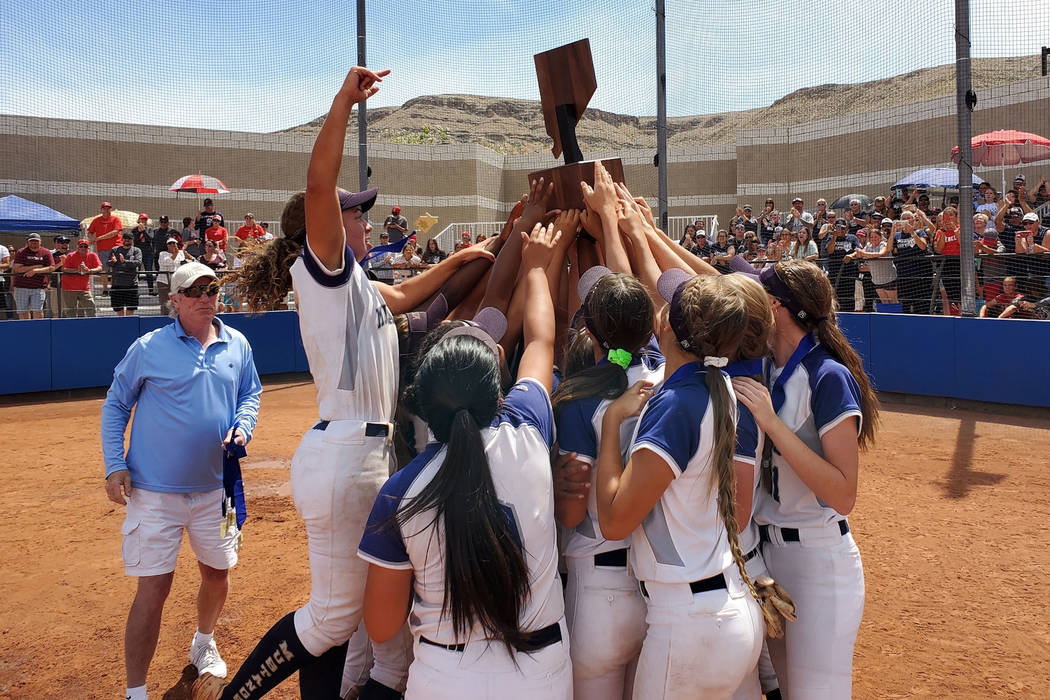 Shadow Ridge softball players hoist the Class 4A state championship trophy after winning their first state championship with a 13-3 win over Coronado at Bishop Gorman on Saturday, May 18, 2019. W.G. Ramirez/Las Vegas Review Journal 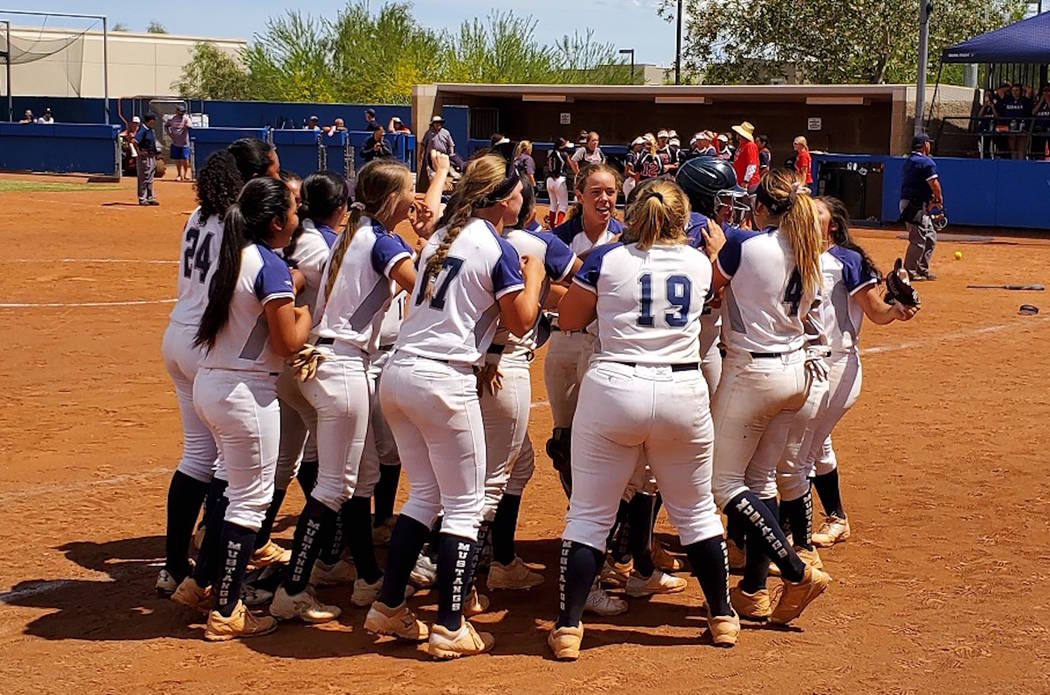 Shadow Ridge players celebrate after Hailey Morrow’s single scored Jasmine Martin to give the Mustangs their first state championship with a 13-3 win over Coronado at Bishop Gorman on Saturday, May 18, 2019. W.G. Ramirez/Las Vegas Review Journal 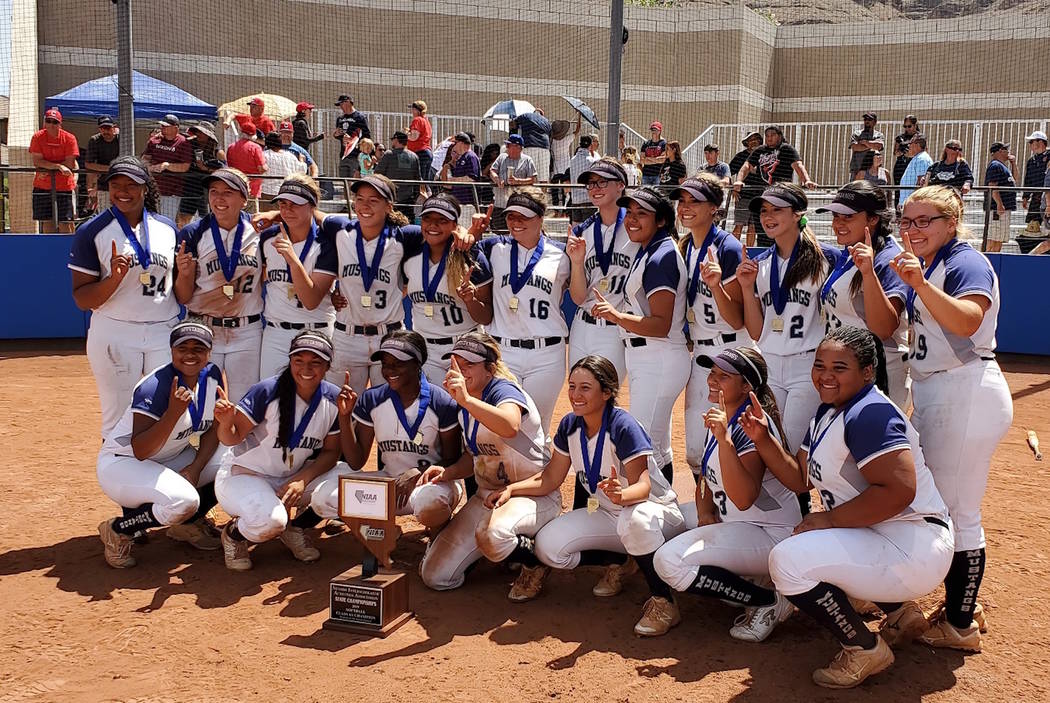 Shadow Ridge players pose for a team photo after defeating Coronado, 13-3 in the Class 4A state softball championship game at Bishop Gorman on Saturday, May 18, 2019. W.G. Ramirez/Las Vegas-Review-Journal 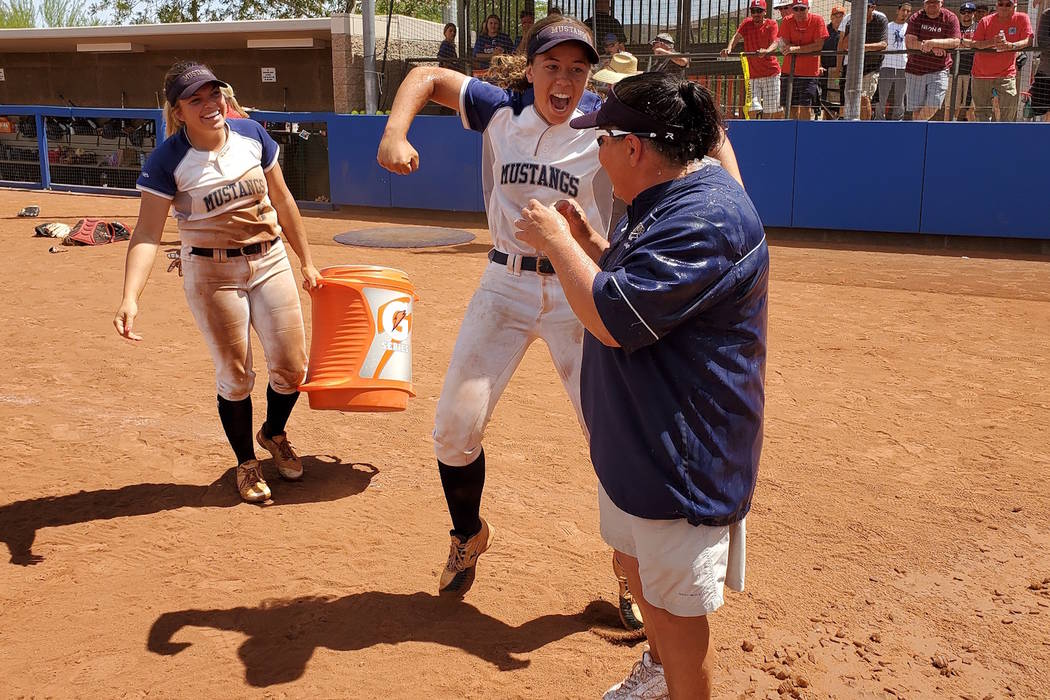 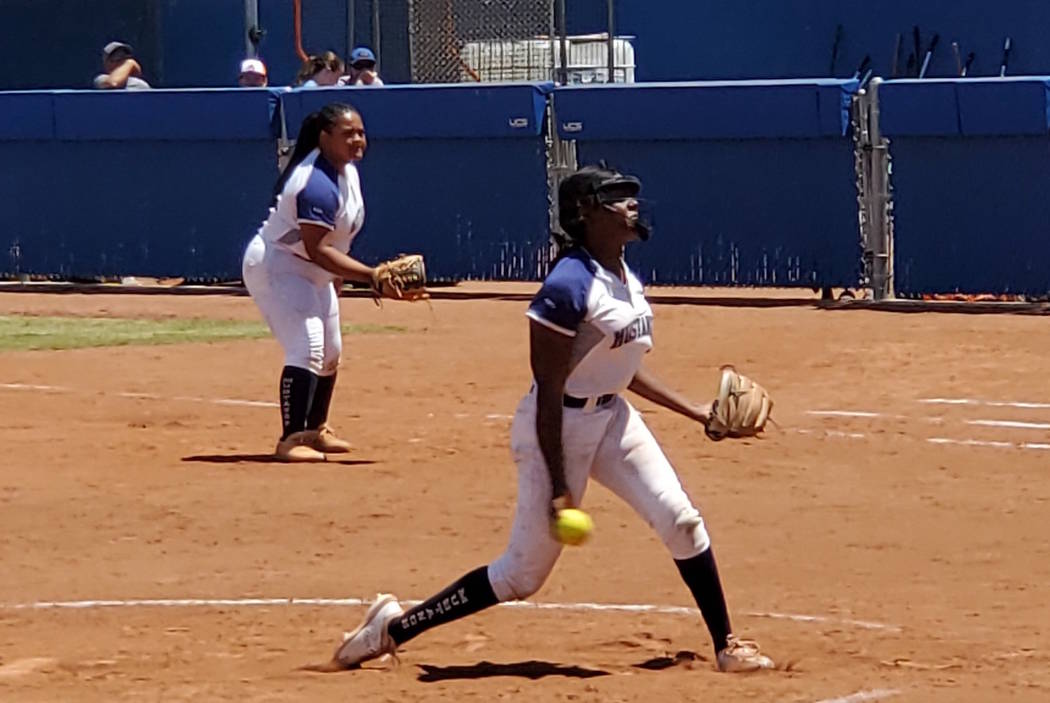 Shadow Ridge junior pitcher Jasmine Martin retired 12 of the 16 batters she faced and struck out 16 in the Class 4A state softball championship on Saturday, May 18, 2019 at Bishop Gorman. Shadow Ridge defeated Coronado, 13-3. W.G. Ramirez/Las Vegas Review-Journal 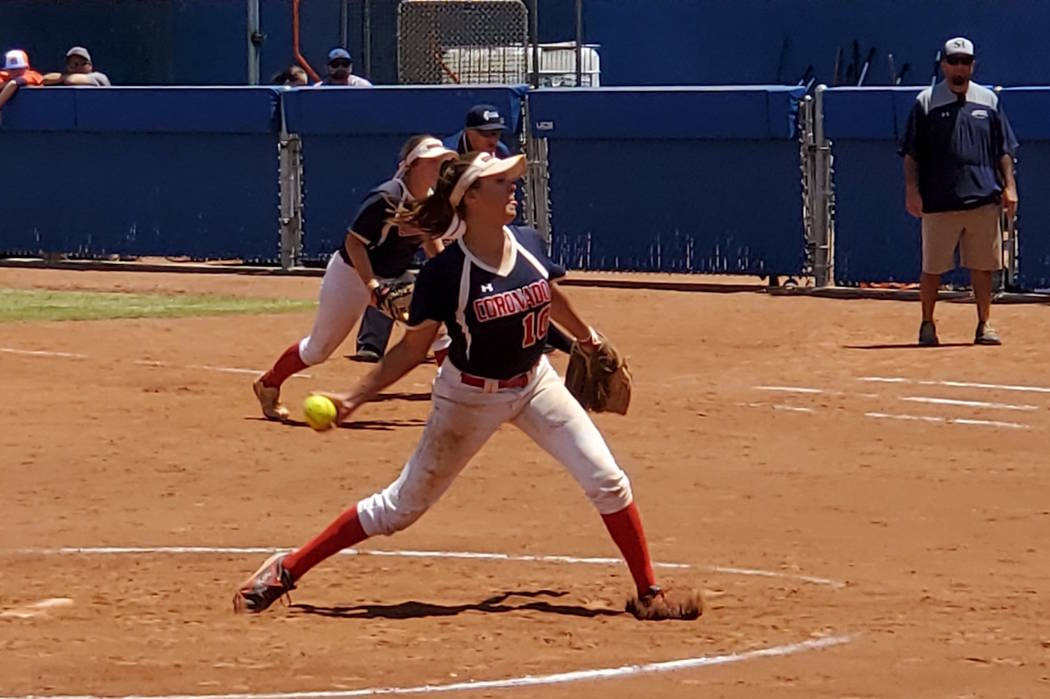 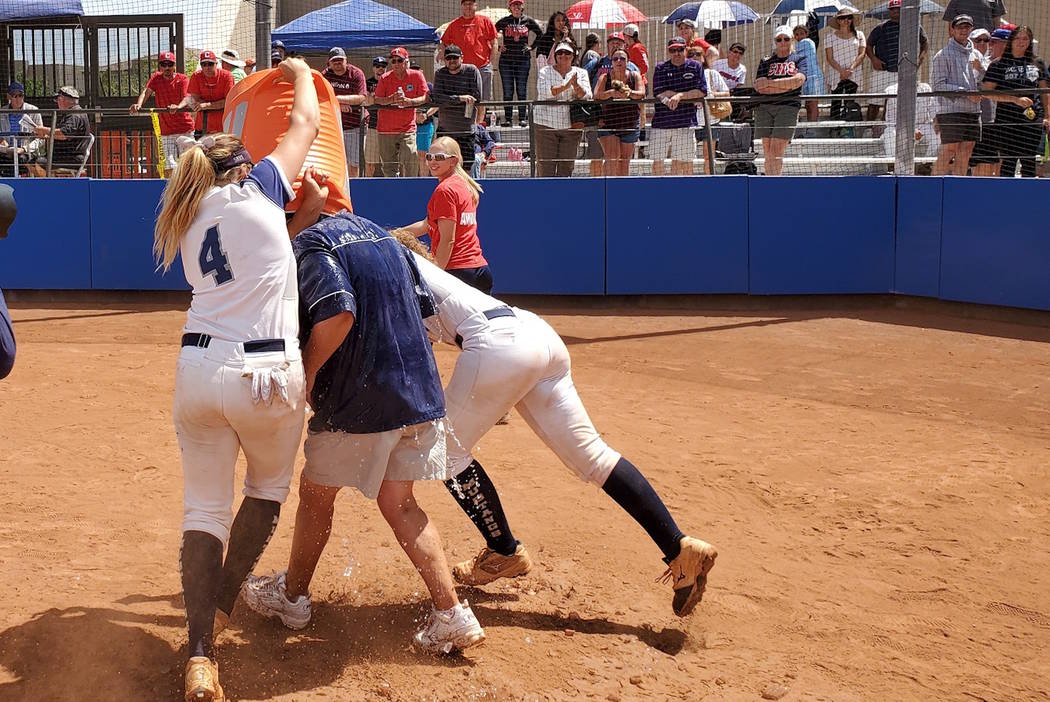 Game by game, whoever emerged as a hero, the Mustangs refused to take singular credit.

On Saturday, they cried tears of joy. Together.

Junior pitcher Jasmine Martin retired 12 of 16 batters and led a 15-hit attack to help the Mustangs to a 13-3, five-inning victory over Coronado and their first state championship.

“We wanted to win this game, this was our game,” said Martin, who went 2-for-3 with a three-run homer. “Our chemistry is amazing. I truly haven’t been with a team that has been so together, so as one as this team. We are one team, coach Julia (Meyn) has brought us together.”

Shadow Ridge (31-2) had been to six previous state tournaments but never reached the title game.

“This is long overdue, it was our year,” said Martin, who has committed to UNLV. “We did what Shadow Ridge does. We won, and we did exactly what we were taught to do.”

Coronado (29-10) took a 2-0 lead in the first inning after back-to-back singles by Kaila Angel and Ashley Ward and two Shadow Ridge errors. But the Mustangs responded in the bottom of the second with seven runs, highlighted by Martin’s homer off the scoreboard and Tori Nichols’ three-run homer.

Clements finished 2-for-3 with two runs and three RBIs, and Nichols, Caitlin Covington, Hailey Morrow and Sydney Morgan each had two hits and at least one run and one RBI for the Mustangs. Every batter in the lineup had at least one hit.

“This team’s chemistry is unbelievable, it’s been unreal what our connection is with each other,” Clements said through tears. “It’s the fun and the love that we share with each other that played a big role in all these games that we’ve played. The wins, the losses, everything. The chemistry just clicked with everything.”

Angel and Ward each had two hits for the Cougars.

Coronado 3, Centennial 2 — Madison Stephens’ two-run home run in the bottom of the sixth broke a 1-1 tie and helped the Cougars oust Centennial in the losers’ bracket final.

Jillian Bartley’s two-out solo homer in the top of the seventh brought Centennial (34-8) within a run.

Ashlynn Heck was 2-for-3 with a double and a run, and Abby Hanley was 2-for-3 for the Bulldogs.