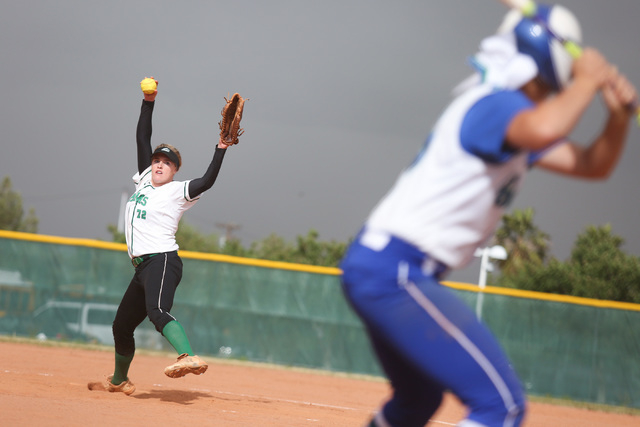 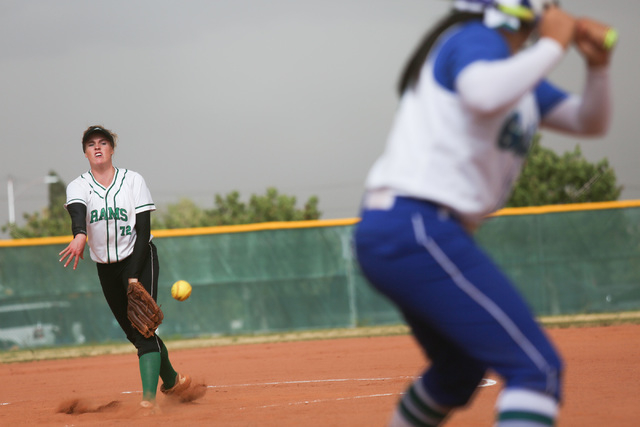 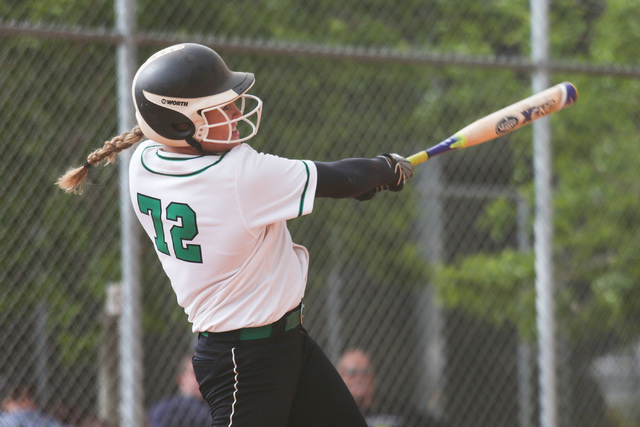 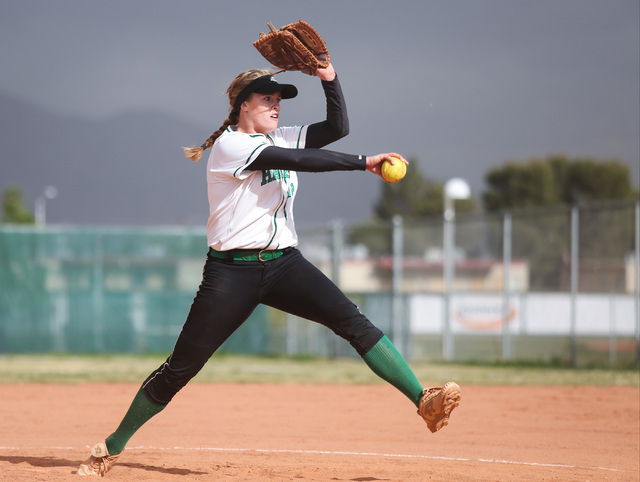 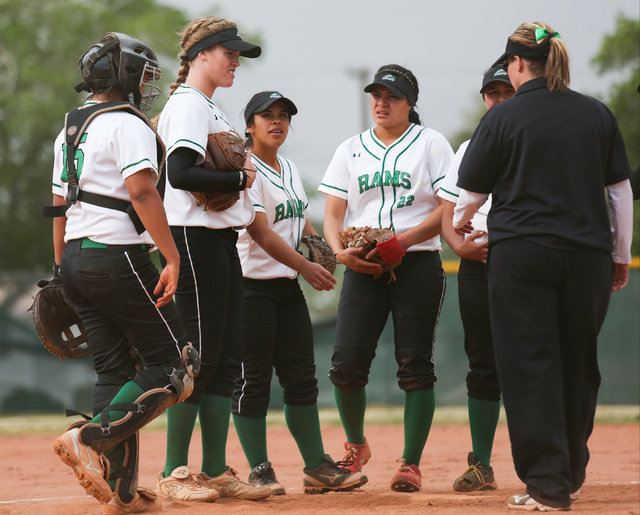 Samantha Pochop (72), second from left, meets with her team in the pitchers circle during a game between the Rancho High School Rams and the Green Valley High School Gators on Monday, March 28, 2016, in Las Vegas. Brett Le Blanc/Las Vegas Review-Journal Follow @bleblancphoto 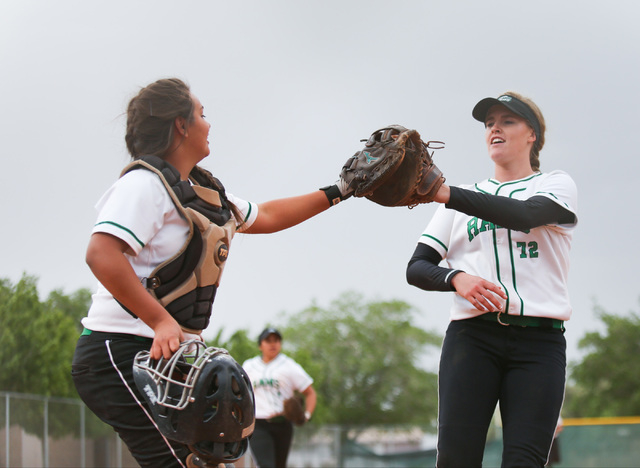 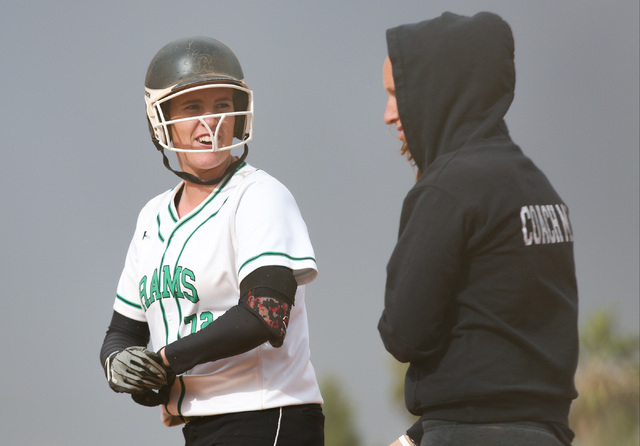 Samantha Pochop (72) cracks a smile after getting a base hit during a game between the Rancho High School Rams and the Green Valley High School Gators on Monday, March 28, 2016, in Las Vegas. Brett Le Blanc/Las Vegas Review-Journal Follow @bleblancphoto

Samantha Pochop has a reputation for being intimidating.

“Presence is a big part of it,” Pochop said. “It’s all about how you appear to the batter.”

Armed with perhaps the best fastball in Southern Nevada and listed at 6 feet tall, Pochop cuts an imposing figure in the pitcher’s circle for the Rams.

With the hard-throwing right-hander leading the way, Rancho (7-4, 5-0 Division I Sunrise League) is off to a strong start as it shoots for a second straight berth in the Division I state tournament.

“I like having that appearance to batters, because that’s a step up I get on them.”

As a freshman, Pochop shared innings with senior Brandy Marlett and led Rancho in victories (15), ERA (1.02) and strikeouts (214) as the Rams won the Northeast League title and reached the Sunrise Region semifinals. Last season, Pochop was Rancho’s No. 1 pitcher and helped the Rams reach the state tournament for the first time in more than two decades.

“I feel like she knows when she’s got a batter. And she’s able to help her team have that mindset even when we’re playing a tough team,” Rancho coach Amanda Zunno said. “It’s just her demeanor out there. With the physical, mental and emotional aspects that she puts into the game, it shows when she’s out there with the ball in her hand.”

Pochop played middle blocker for the Rams’ girls volleyball team in the fall, and she was more than willing to mix it up inside as a forward on the girls basketball team. Pochop led the Rams in rebounds at 7.5 per game and also averaged a team-best 1.9 blocked shots.

“I think basketball is where I can get out my physical, kind of like another outlet,” Pochop said.

Pochop has given an oral commitment to Tulsa for softball but continues to be recruited by schools in Power 5 conferences. Pochop said she plans to major in kinesiology with an eye on becoming a physical or occupational therapist.

Pochop threw a two-hitter with 13 strikeouts Monday in a 6-1 league victory over Green Valley, and Rancho traveled to Fresno, California, for the Washington Union Invitational that starts today.

The first-place Rams return to league play Monday at Valley and are expected to battle the likes of Coronado and Foothill for the top seed in the revamped Sunrise League.

“Even if she’s not in the circle, to have her on the field, is just that presence,” Zunno said. “She’s such a good student-athlete. To have that — now upperclassman — leading them, it’s good for the whole program.”

2
Moapa Valley’s Wrzeskinski will be focal point of offense