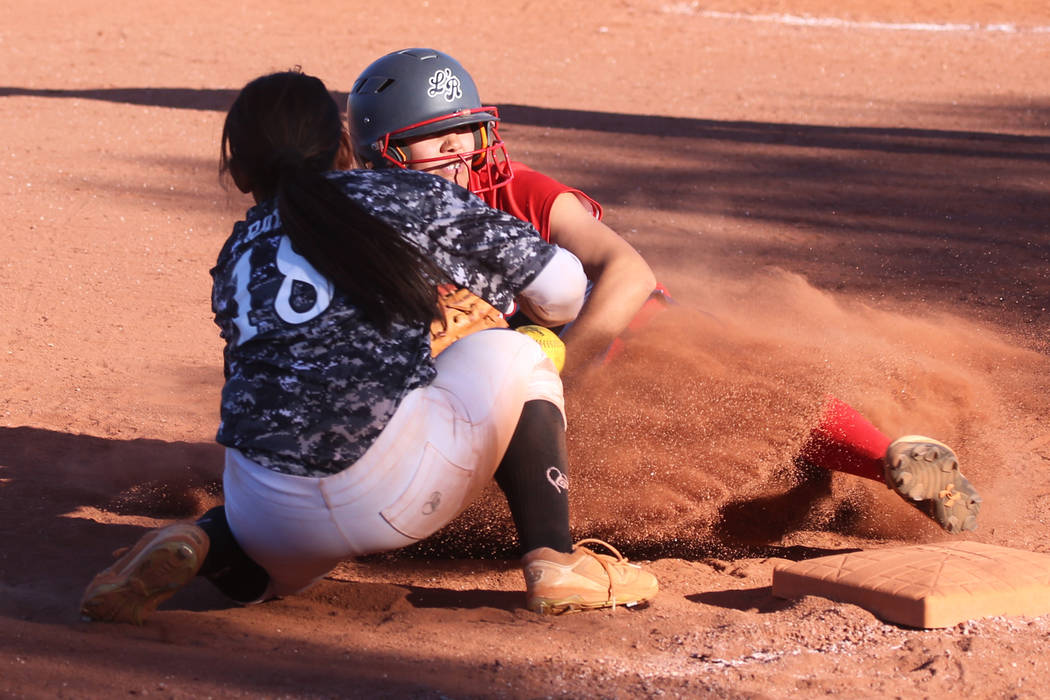 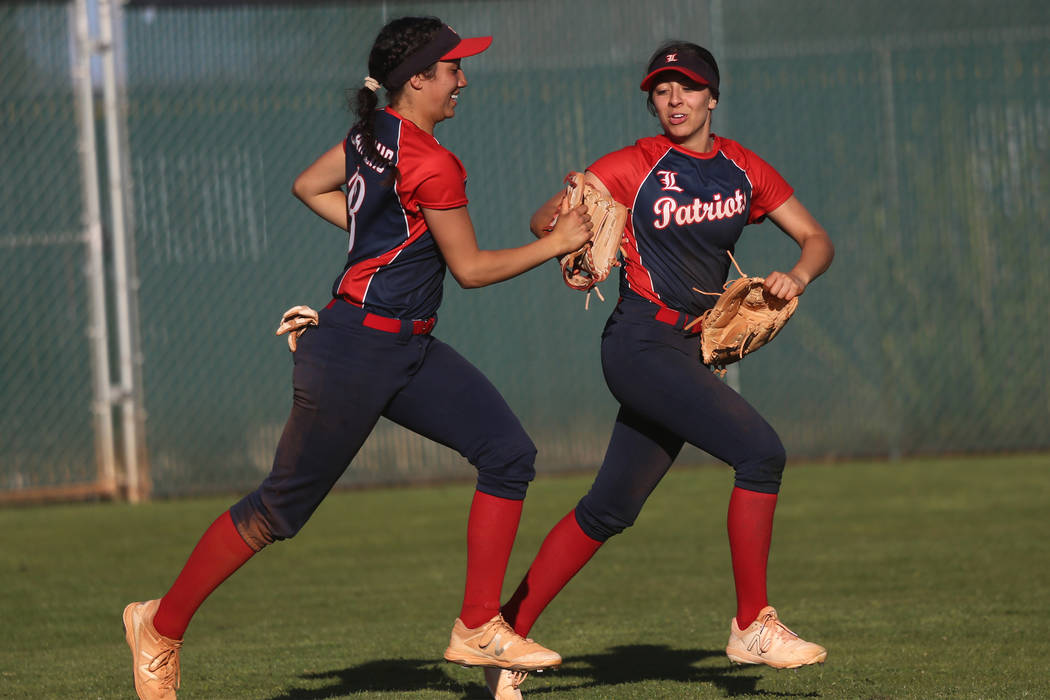 Liberty’s Shelby Carvalho (13), left, and Maddison Hamilton (12), run to the dugout after a catch by Hamilton in the outfield to end the inning against Desert Oasis in the softball game at Desert Oasis High School in Las Vegas, Wednesday, March 27, 2019. Erik Verduzco Las Vegas Review-Journal @Erik_Verduzco 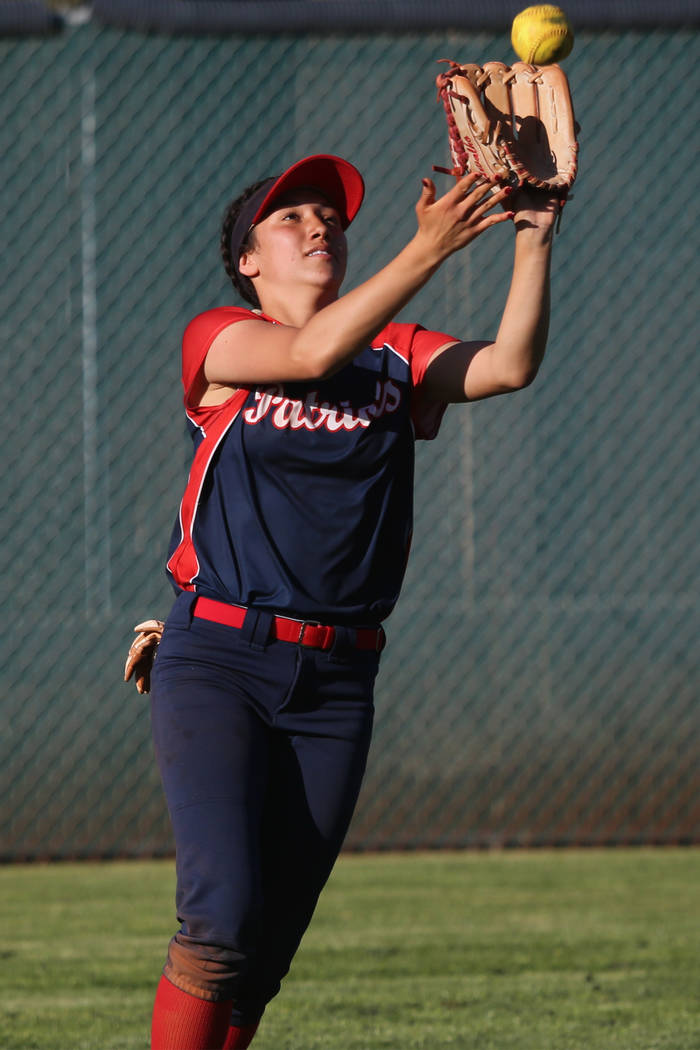 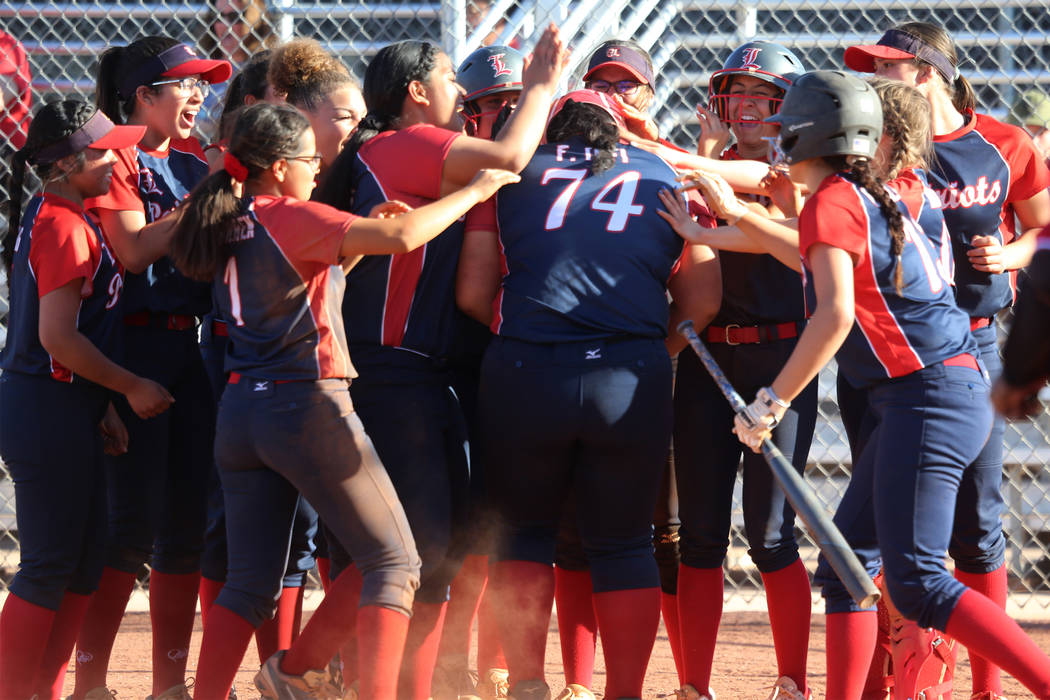 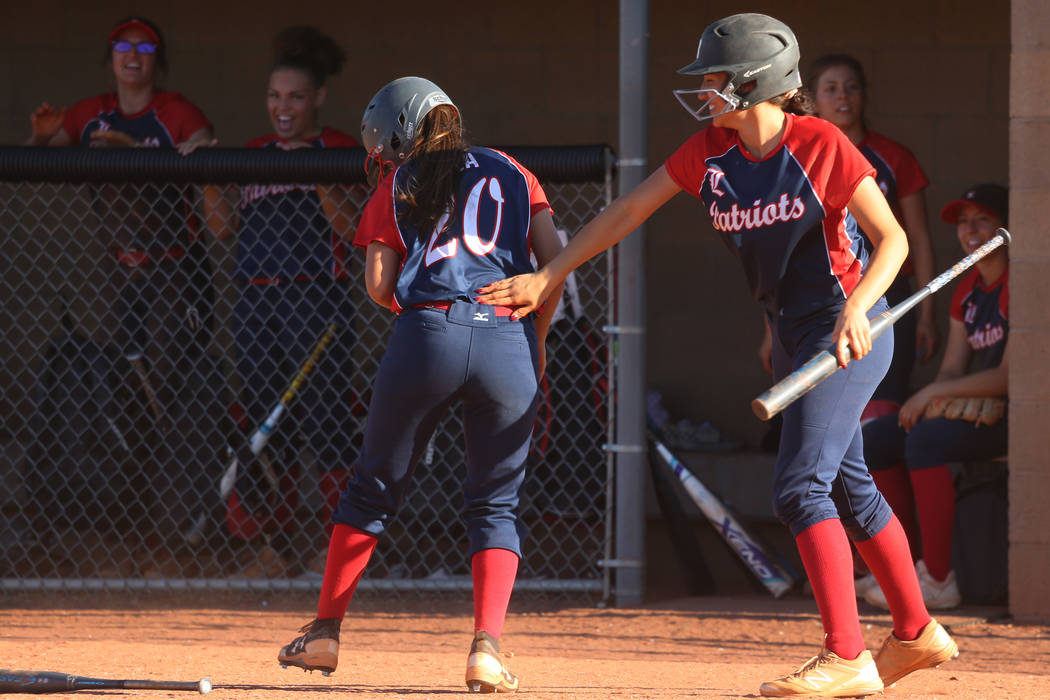 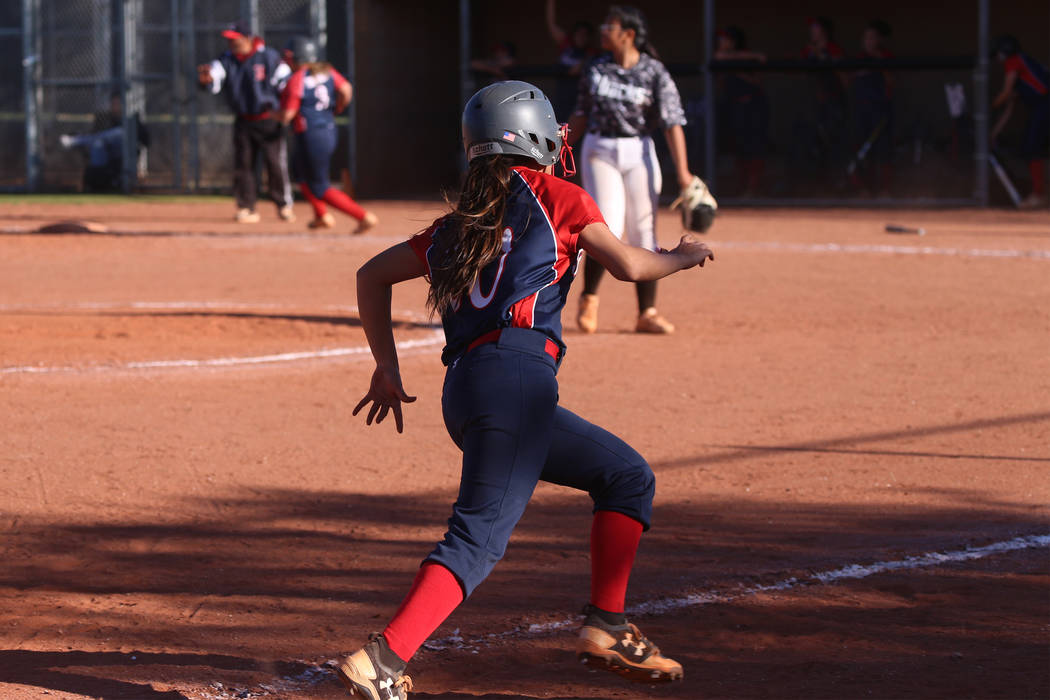 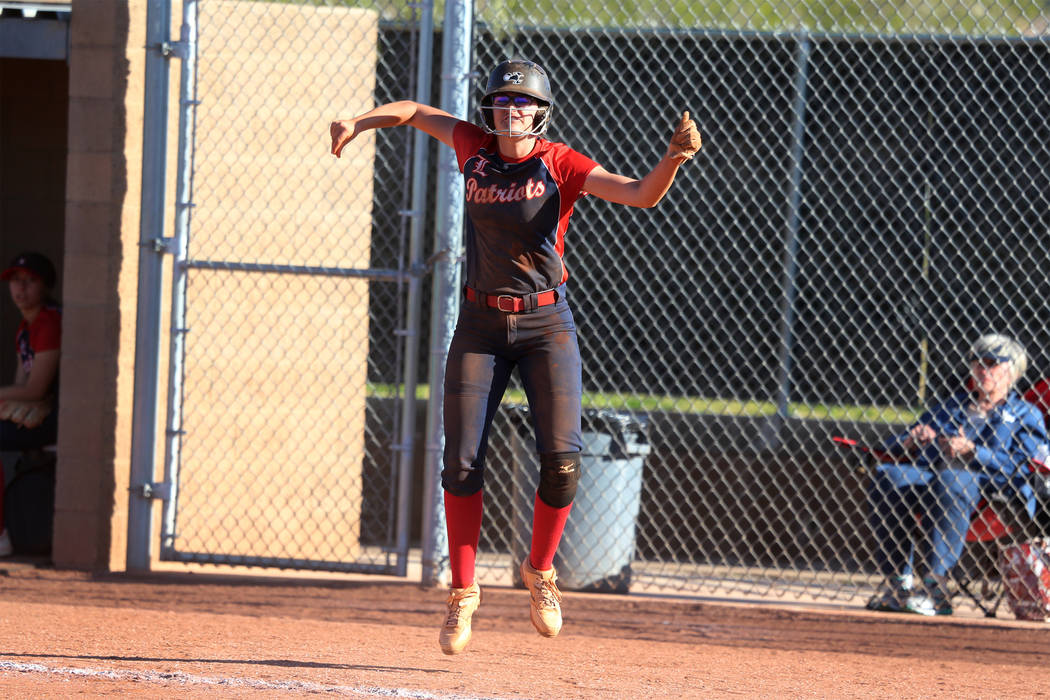 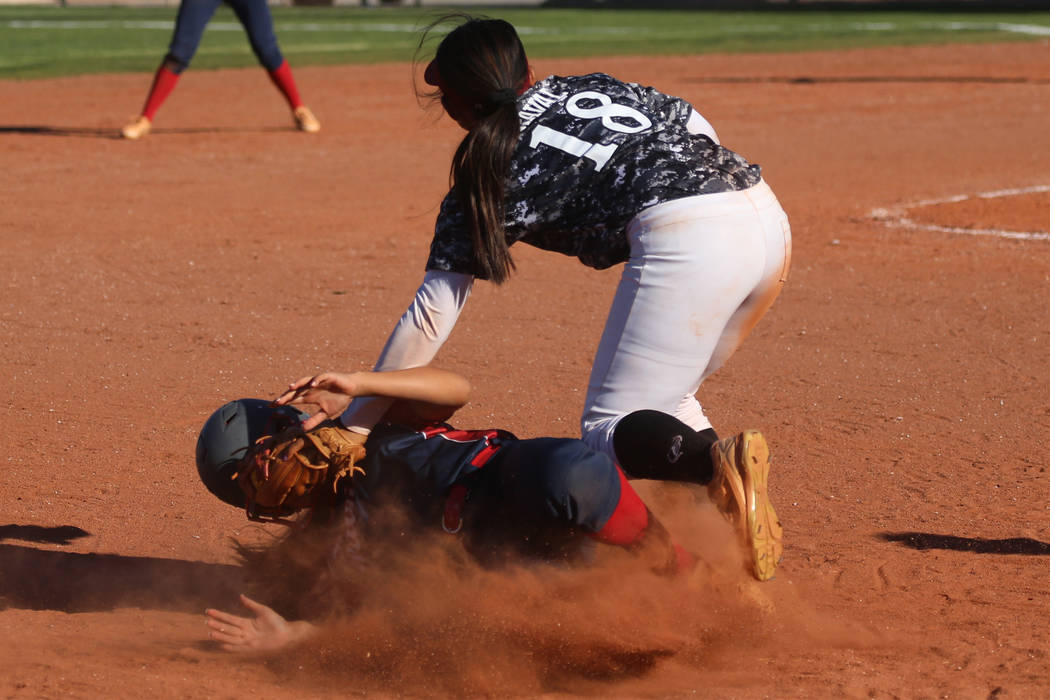 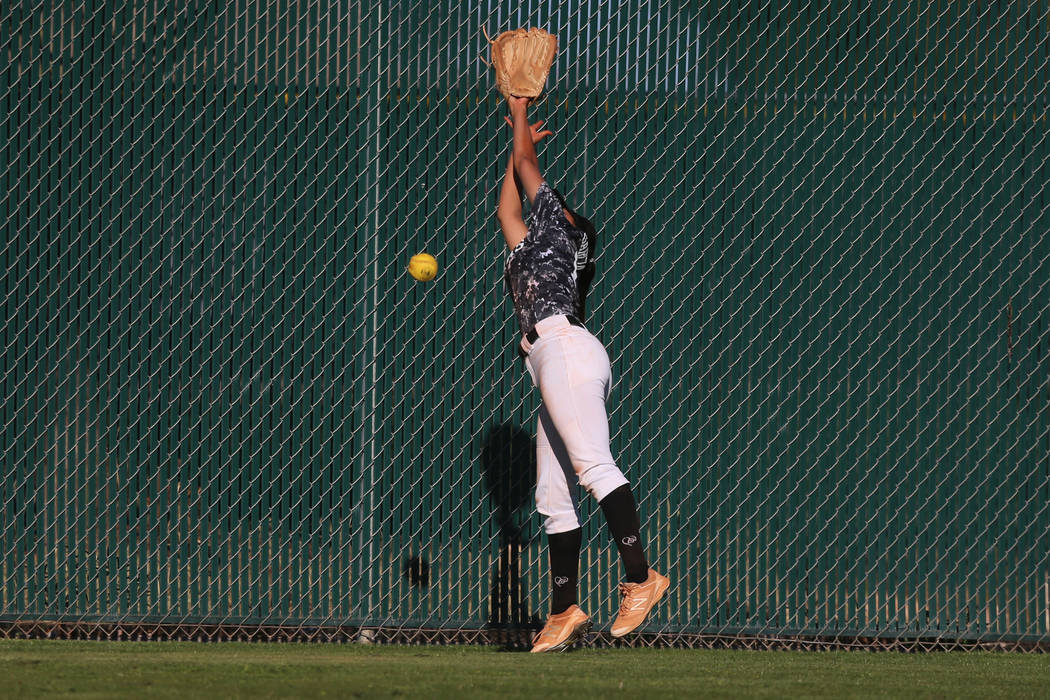 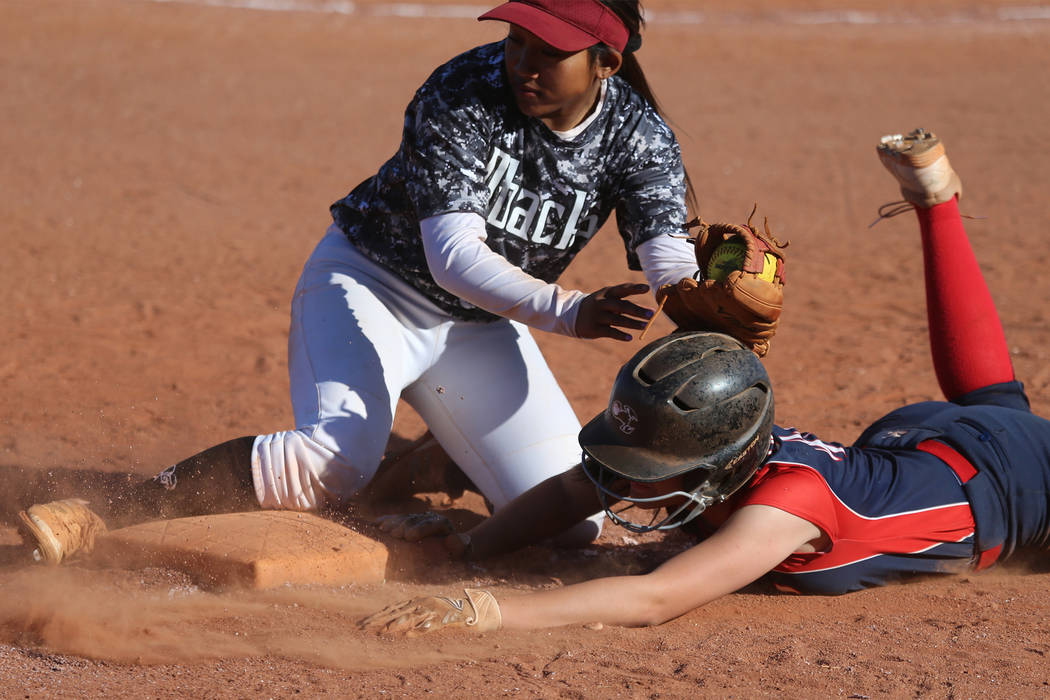 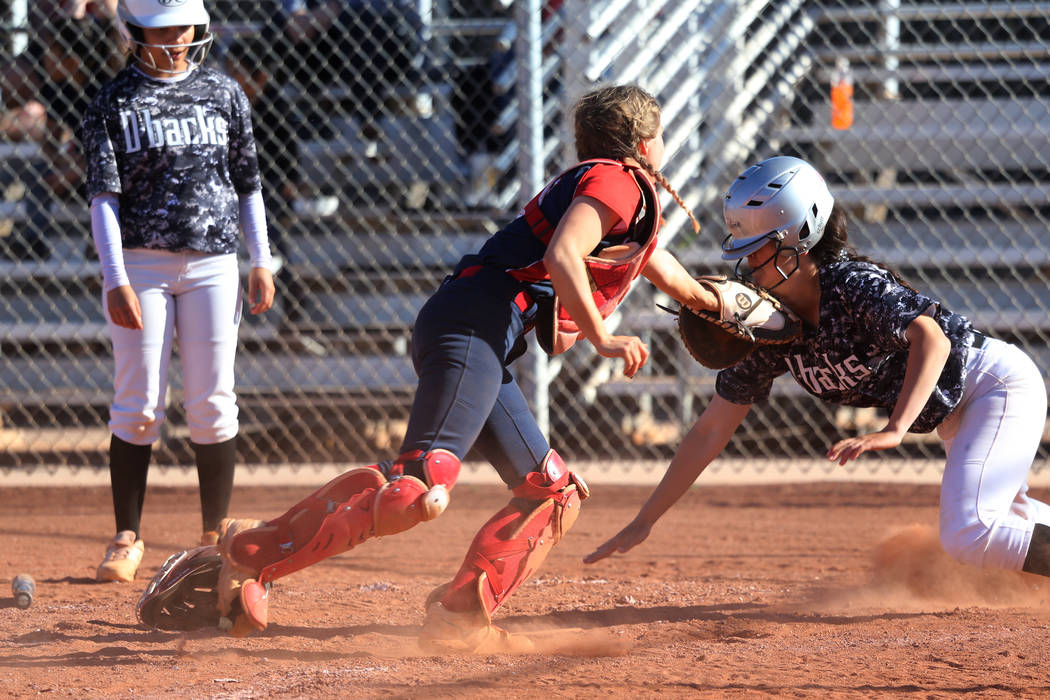 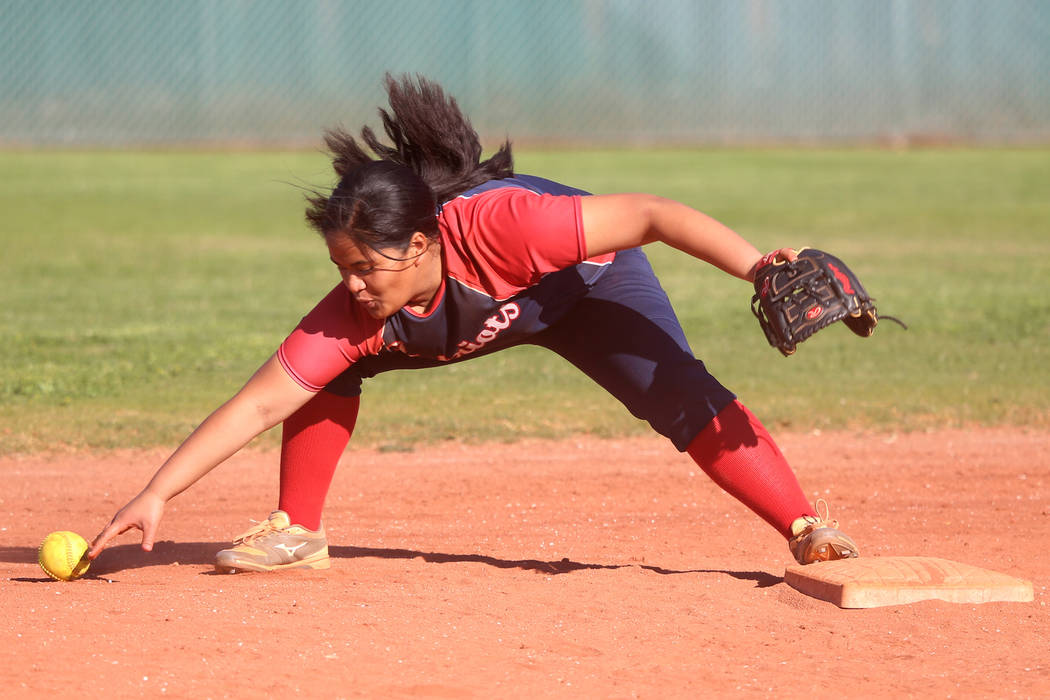 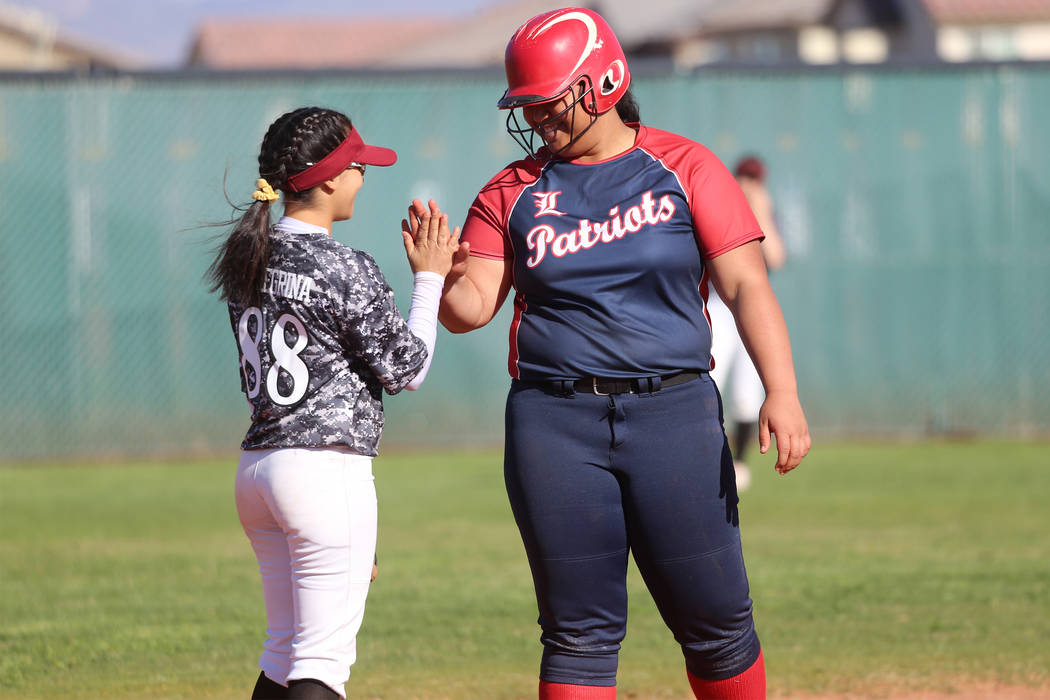 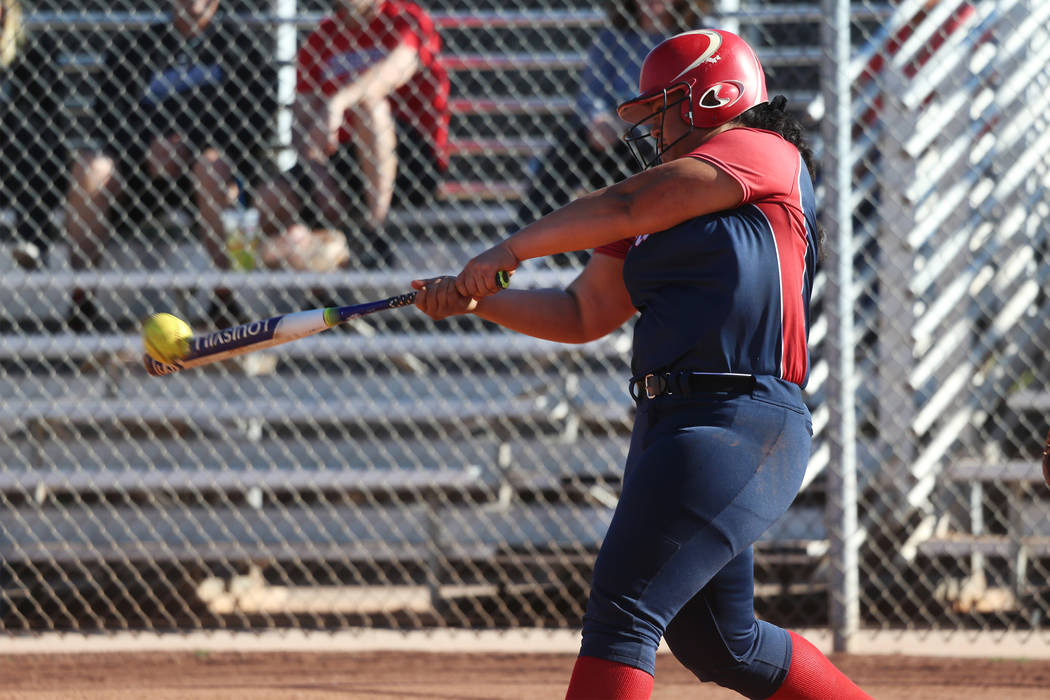 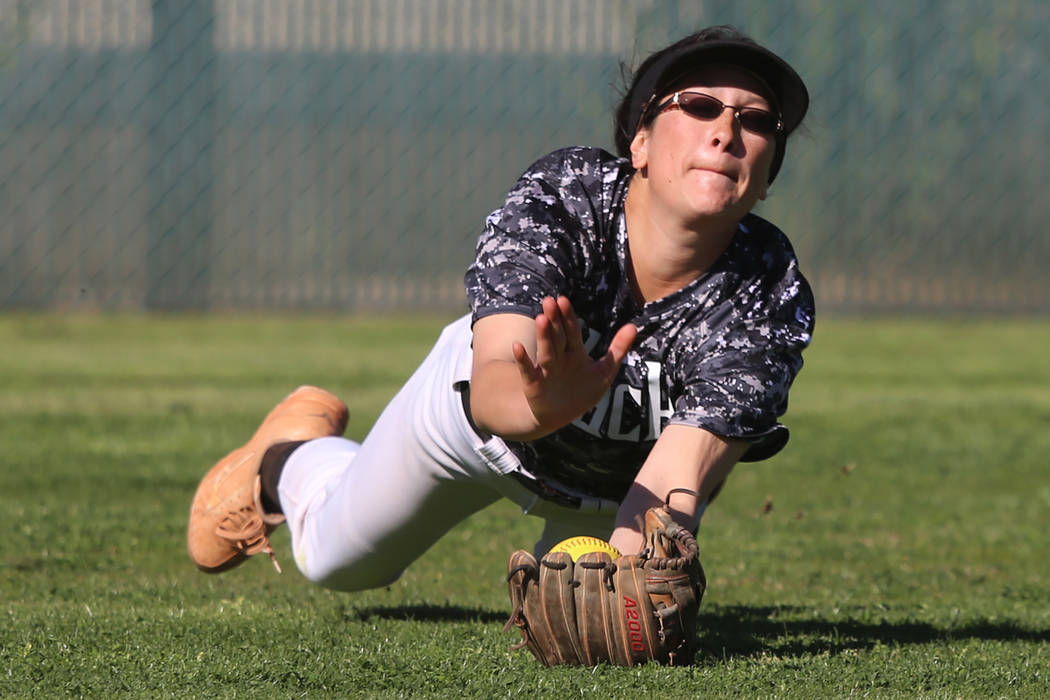 Strong was an understatement.

The seventh-ranked Patriots scored eight runs in the sixth inning and eight more in the seventh to rally for an 18-4 win at 10th-ranked Desert Oasis.

“It felt that way on the bus, that they didn’t come to play,” said Portese, whose team averages more than 11 runs. “Even though we weren’t playing well, they kept their heads up. What you saw is what we’re capable of doing.”

And even the sixth inning didn’t start particularly well for Liberty. Pinch-runner Rebecca Warren was caught in a rundown for the first out, and Maddison Hamilton struck out after Shelby Carvalho scored on a wild pitch.

But Debra Tofi reached on an error with two outs, and the floodgates opened. After the tying run scored on another error, McKenzie Hamilton, Jessica Meza and Jenna Thomason all had run-scoring hits, and Fia Tofi blasted a two-run home run to center field to give Liberty a 10-4 lead.

“We just knew that something had to change, and we knew with one swing, we could change the game,” Meza said. “We know that once somebody breaks through, it will get the ball rolling.”

Meza added a two-run triple, and Maddison Hamilton had two hits and two RBIs in the seventh inning as Liberty sent 23 hitters to the plate in the final two innings, going 10-for-15 with runners on base in the two innings.

“With this team, it’s a matter of time,” Portese said.

“I have an amazing defense behind me, and that really gives me a lot of confidence in the circle,” Meza said.

Every Liberty starter had a hit and scored a run.

Paisley Garcia went 3-for-4 with an RBI for Desert Oasis (9-9, 3-1). Every Diamondback starter also had a hit.