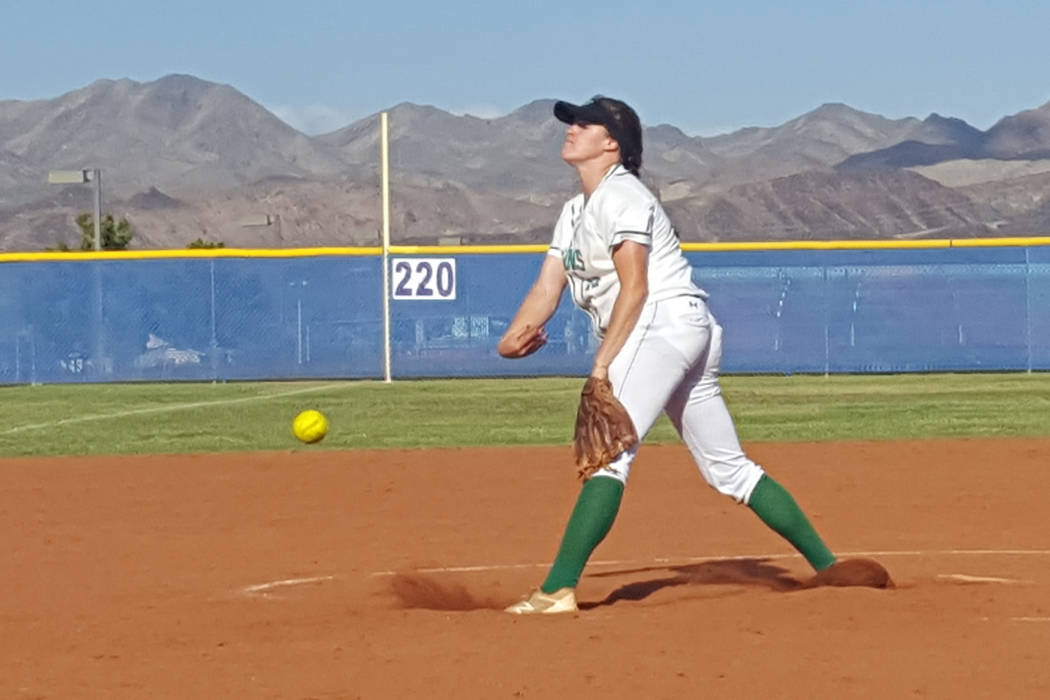 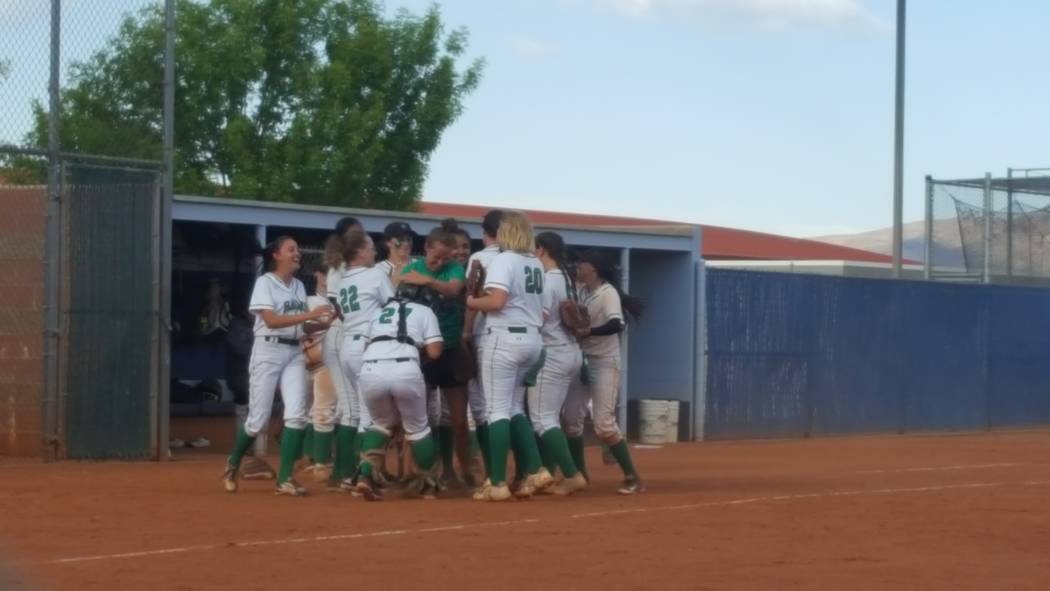 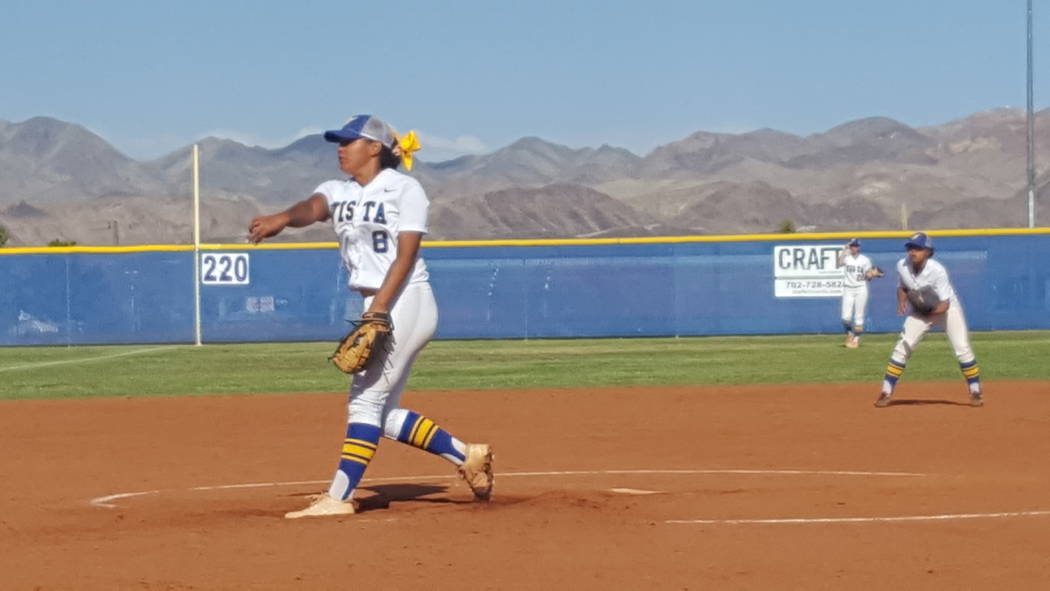 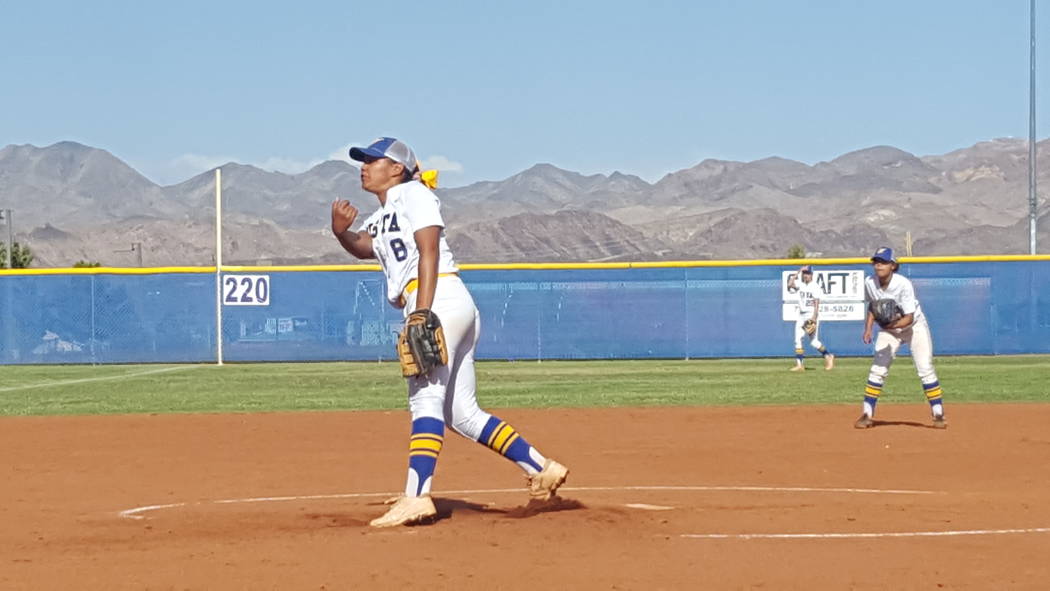 Rancho’s Sam Pochop built a reputation over the past four seasons as one of the state’s top pitchers.

The senior used her bat Monday to keep the Rams’ season alive.

Pochop hit a tiebreaking, two-run double in the bottom of the fifth inning, and Rancho topped Sierra Vista 3-1 in the Class 4A state softball play-in game at Foothill.

“I’ve been working on (hitting) throughout the whole season,” Pochop said. “Coming up with two outs when you know you have runners in scoring position, you just need that base hit to get there. It comes down to not thinking too much.”

With the score tied at 1 in the fifth, Rancho had runners on second and third following back-to-back singles by Lorena De La Torre and Gianna Carosone and a sacrifice bunt from Katerina Anthony.

With first base open, Sierra Vista opted to challenge Pochop, and the Rams’ No. 3 hitter deposited a 1-and-0 pitch over the center fielder’s head for a two-run lead.

“All season she’s been a gamer, especially coming in as a senior with the (postseason) experience that she has,” Rancho coach Amanda Zunno said. “She knew the adjustments she made to make in the offseason with her offense, and it showed the entire year.”

Pochop, a Tulsa signee, tossed a complete game with 12 strikeouts and was dominant after Jessica Schneider’s two-out, run-scoring single in the third gave the Mountain Lions (26-7) a 1-0 lead.

Pochop allowed one hit over the final 4 1/3 innings and threw only 38 pitches (31 strikes) while facing the minimum. She threw a first-pitch strike to the final 13 Sierra Vista batters and 20 of 24 overall.

“I think I found a groove, but also my teammates,” Pochop said. “I trust my defense 100 percent behind me, so it’s easier for me to throw and know that they’re going to have my back.”

Schneider went 2-for-3 with a double for Sierra Vista, and Holarose Nakayama’s double leading off the second inning was the only other hit allowed by Pochop.

“The main thing with Sam, what makes her so good at the end to finish strong, is her stamina and her endurance,” Zunno said. “It showed again today that she’s a strong athlete and even better teammate.”