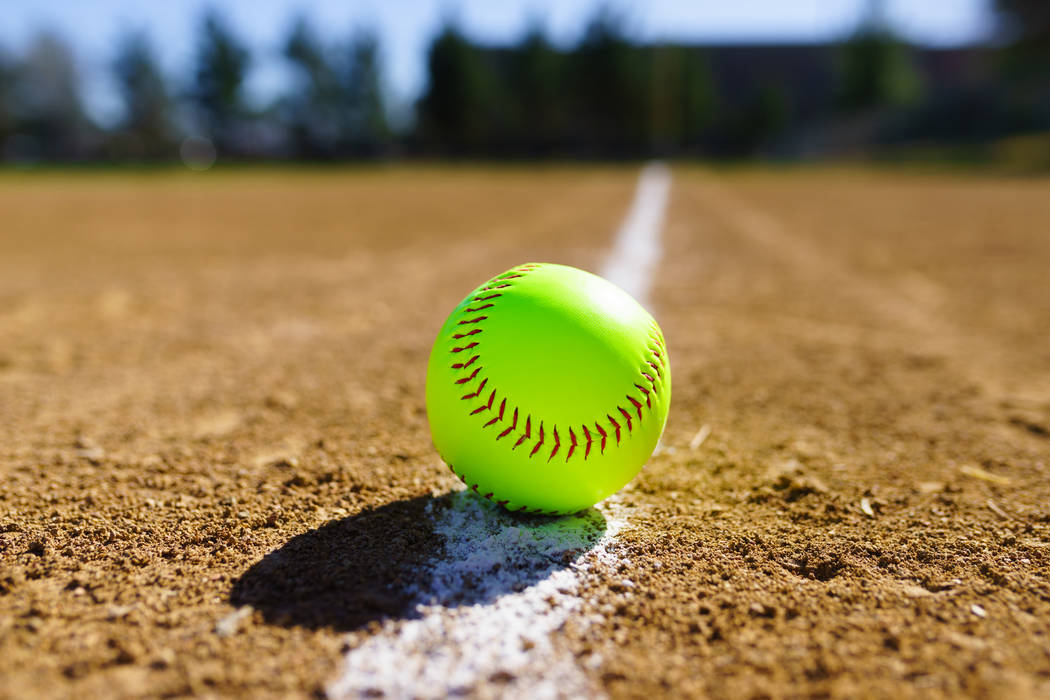 Sara Riley was 3-for-4 with two doubles and two RBIs, and Bonanza’s softball team held on for an 8-4 road victory over Las Vegas High on Wednesday afternoon.

Ashley Kersey was 2-for-4 with a double and two RBIs, and Carla LaRosa added a double for Bonanza.

Nicole Forrest went 3-for-4 with three RBIs for Las Vegas.

Palo Verde 15, Faith Lutheran 0 — At Faith Lutheran, Makall Whetten was 3-for-3 with a home run, double and six RBIs in the Panthers’ three-inning takedown of the Crusaders.

Arbor View 16, Legacy 1 — At Legacy, Tori Forsberg went 2-for-3 with a double and two RBIs for the Aggies in their three-inning victory over the Longhorns.

Brooke Beaman went 2-for-2 with two RBIs, and Kaylea Patridge went 2-for-3 with a triple and two RBIs for Arbor View.

Virgin Valley 20, Del Sol 0 — At Del Sol, Savannah Price spun a three-inning no hitter and was 3-for-4 with a run and three RBIs as the Bulldogs routed the Dragons.

Calee Clem belted a three-run home run, and Taylor Barnum led off the game with a solo homer for Virgin Valley.

Taylor Ostrowski and Kari Wakefield each had two hits for the Bulldogs, who scored 10 runs in the first inning.

Moapa Valley 16, Chaparral 1 — At Overton, the Pirates took advantage of 11 walks and routed the Cowboys in three innings.

Sierra Staheli had a double and a triple to account for two of Moapa Valley’s six hits and drove in two runs.

Losi Brown went 2-for-2 for Chaparral.

Cheyenne 17, Sunrise Mountain 0 — At Cheyenne, starting pitcher Hannah Tennant had two doubles and five RBIs for the Desert Shields in their three-inning win over the Miners.

Tennant did not allow a hit.

Giovanna Bojorquez added a double and four RBIs for Cheyenne.

Pahrump Valley 18, Desert Pines 3 — At Pahrump, Skyler Lauver and Jessica Pearson each doubled twice and drove in three runs as the Trojans beat the Jaguars in three innings.

Allyson Rily pitched a one-hitter to get the win.

Boulder City 22, Tech 5 — At Boulder City, Ashley Wishard was 2-for-2 with a triple, a double and five RBIs for the Eagles in their three-inning win over the Roadriunners.

Marleena Mills was 1-for-3 with an RBI for Boulder City.

Desiree Dunne was 1-for-1 with an RBI for Tech.

Mojave 24, Western 14 — At Mojave, the Rattlers scored 12 runs in the bottom of the third in a six-inning win over the Warriors.