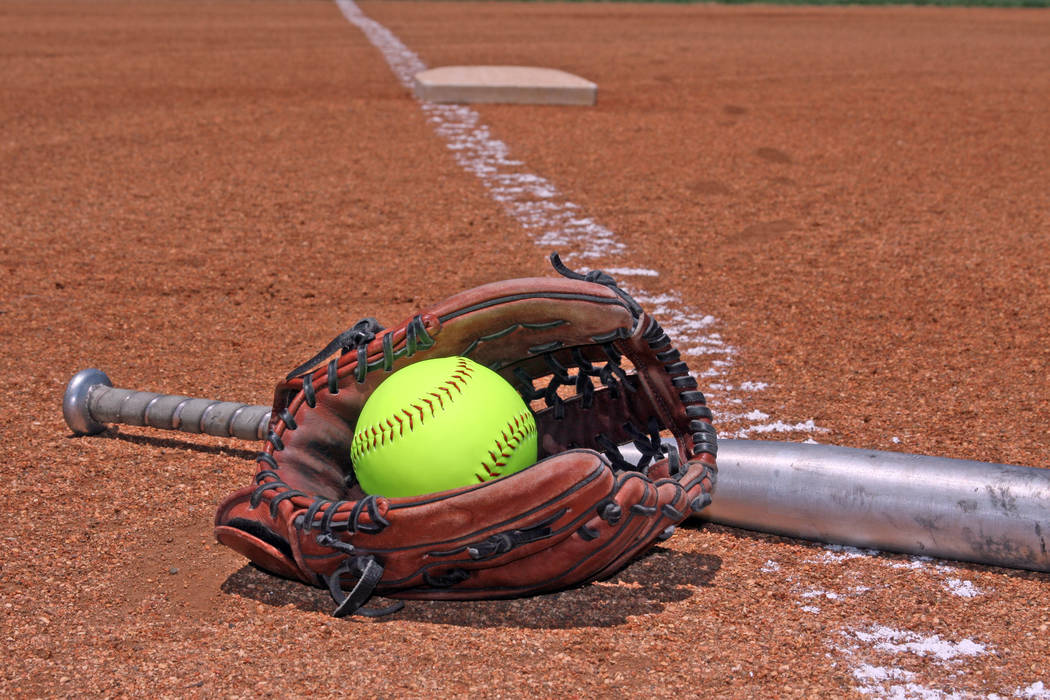 Ashlynn Heck went 2-for-4 with a double and two RBIs, and Kiana Tate was 3-for-4 with a triple and an RBI as Centennial’s softball defeated visiting Cimarron-Memorial 11-6 on Wednesday.

Natasha Lawrence went 3-for-4 with an RBI, and Abby Hanley added a triple and an RBI for the Bulldogs, who led 9-2 after three innings.

Diona Whitley was 3-for-4 with a double, and Reagan Wadsworth supplied two hits and two RBIs for the Spartans.

Bishop Manogue 4-2, Shadow Ridge 2-17 — At Shadow Ridge, She Clements homered, doubled, and had three RBIs and three runs to power the Mustangs over the Miners in four innings in the second game of a doubleheader.

Alisha Schultz, Caitlyn Covington and Alyssa Stanley each doubled for the Mustangs, who scored nine runs in the second inning and seven in the fourth.

In first game, Kendall had a triple for Shadow Ridge, and Caitlyn Covington had a double but they fell in five innings.

Del Sol 15, Virgin Valley 5 — At Mesquite, Selena Erickson had a home run, a double, four RBIs and three runs to lift the Dragons over the Bulldogs.

Savannah Price doubled for the Bulldogs, who committed seven errors.

Faith Lutheran 18, Legacy 2 — At Faith Lutheran, Clara Heislen had a home run and a double to power the Crusaders to a three-inning rout of the Longhorns.

Kelsey Howryla and Audrey Kirsch each homered for Faith Lutheran, and Maggie Whipple and Haley Hines each doubled.

Kaleah Alapati had a double for Legacy.

Cheyenne 19, Sunrise Mountain 1 — At Sunrise Mountain, Madelynn Kennedy went 4-for-4 with two doubles, and Amanda Moore homered and drove in two runs as the Desert Shields pounded the Miners in three innings.

Victoria Rosales had a triple for Cheyenne, and winning pitcher Hannah Tennant and Geohaili Estrada each hit a double.

Tennant gave up one hit for Cheyenne, a triple by Sunrise Mountain’s Christabelle Garner.

Coronado 15, Valley 0 — At Coronado, Tatum Spangler had a triple and a double as the Cougars rolled the Vikings in the three innings.

Boulder City 15, Tech 0 — At Tech, Lily Osman was 3-for-3 with two doubles and four RBIs as the Eagles routed the Roadrunners in three innings.

Pahrump Valley 19, Desert Pines 0 — At Desert Pines, Samantha Riding fell a homer short of the cycle with three RBIs and two runs as the Trojans routed the Jaguars in three innings.

Allyson Rily homered and knocked in three for Pahrump, and Hailey Cuellar and Amaya Mendoza each tripled for the Trojans.