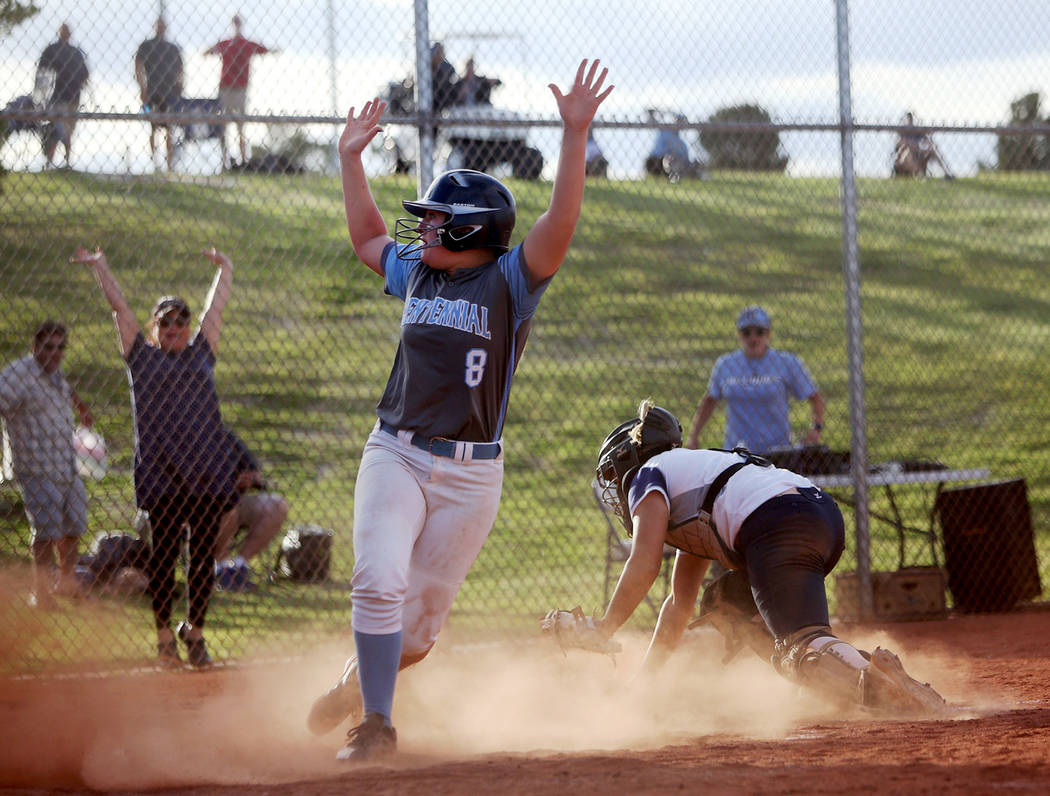 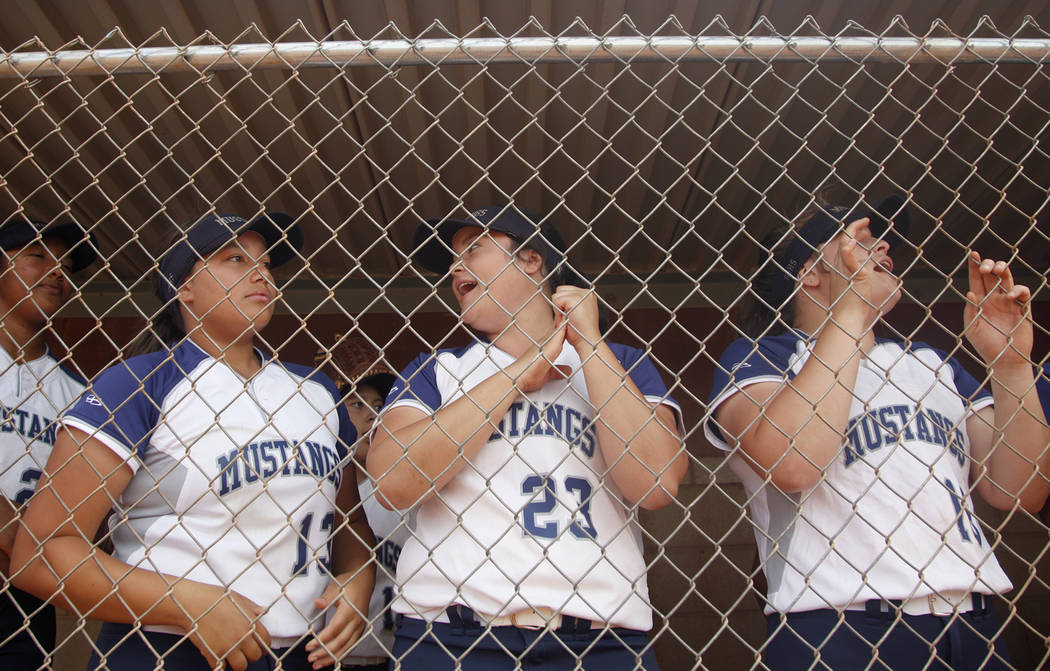 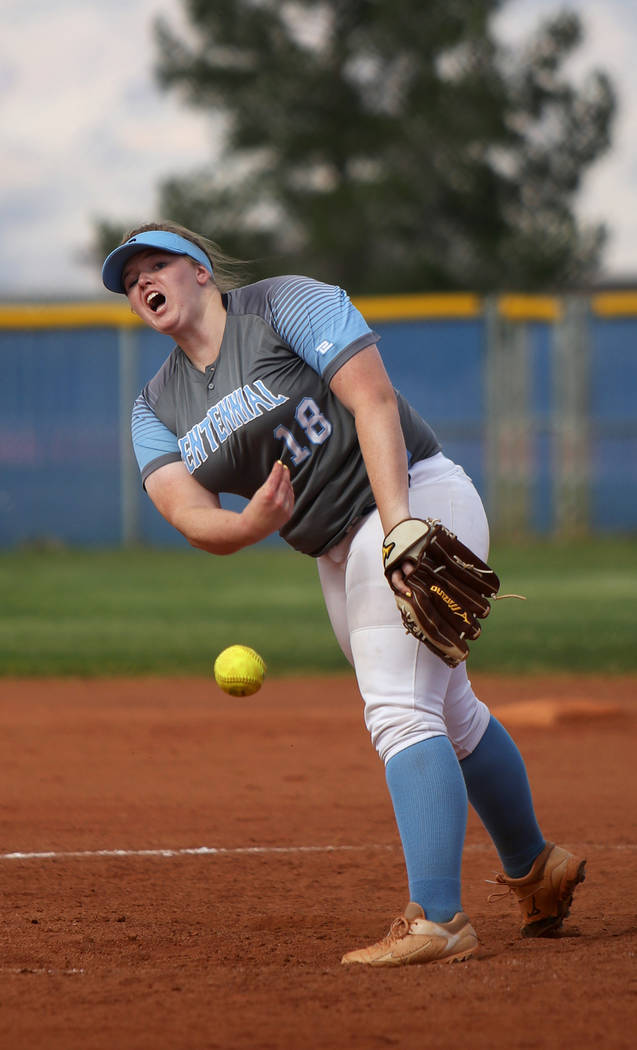 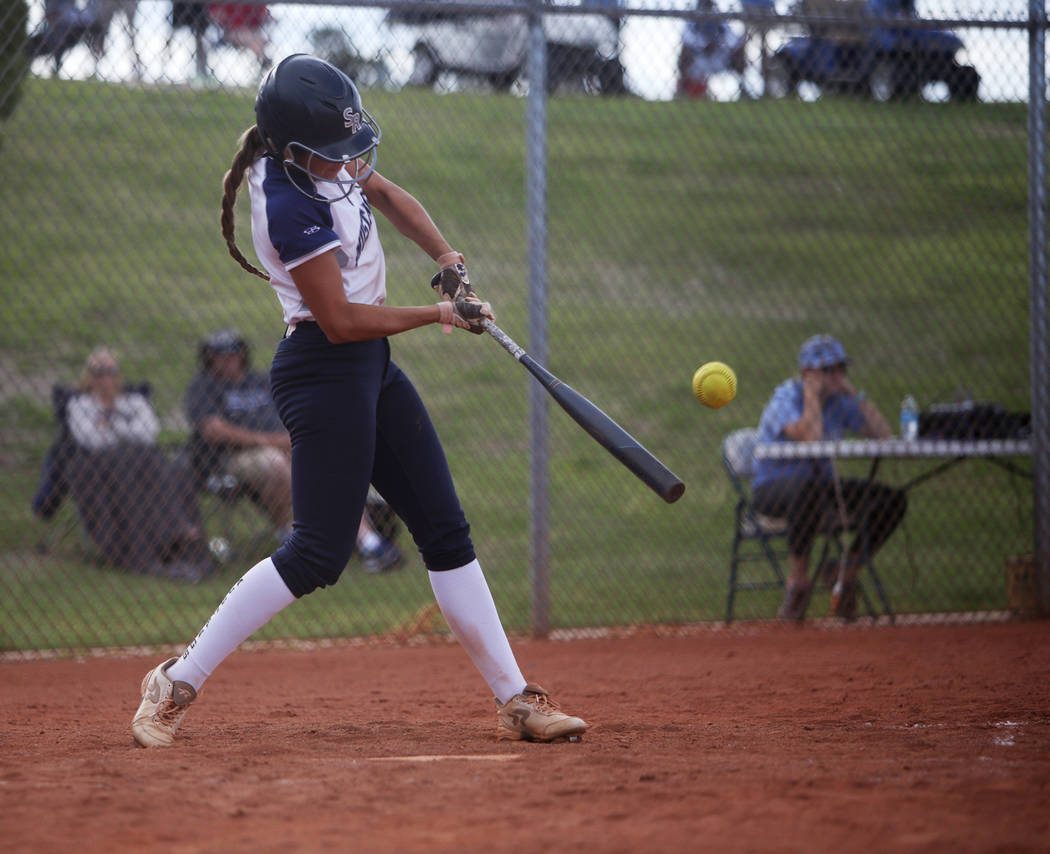 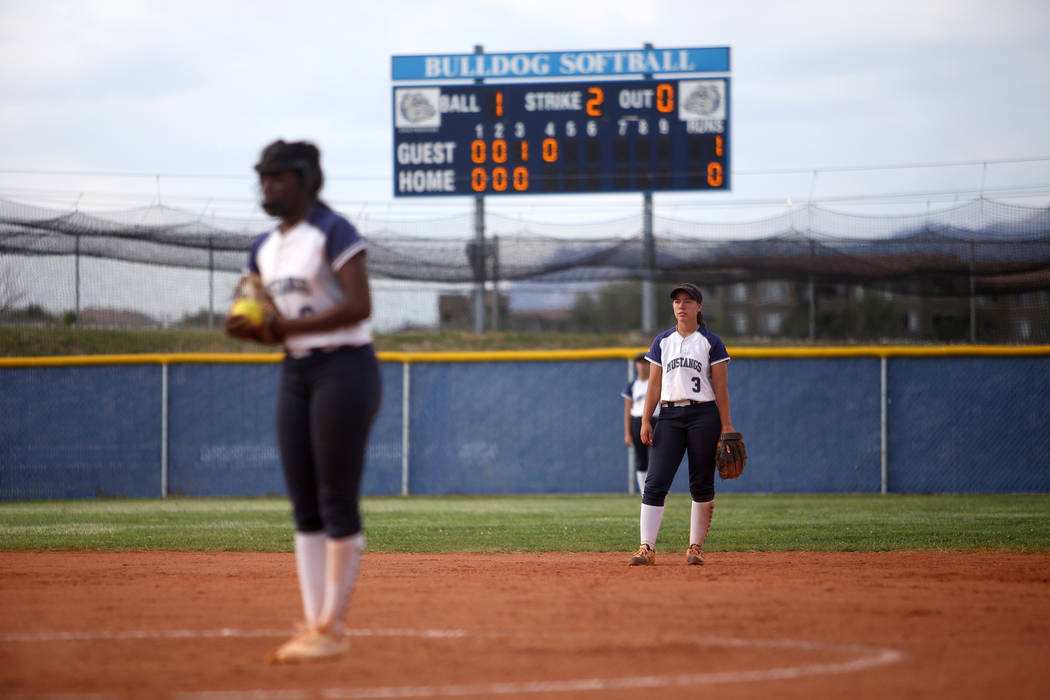 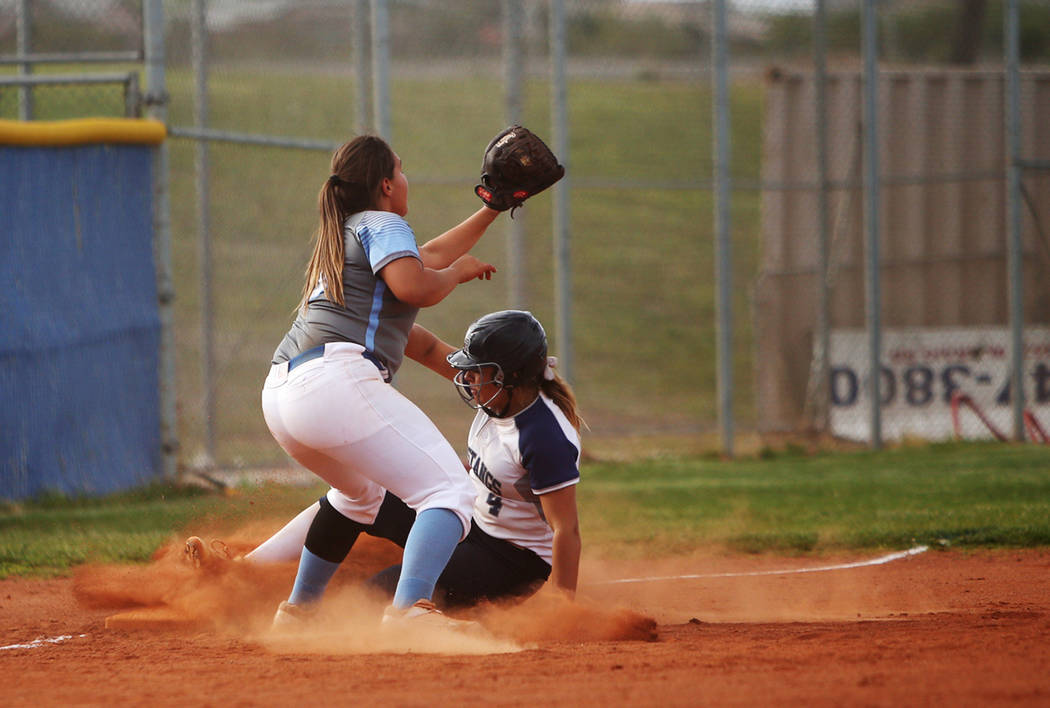 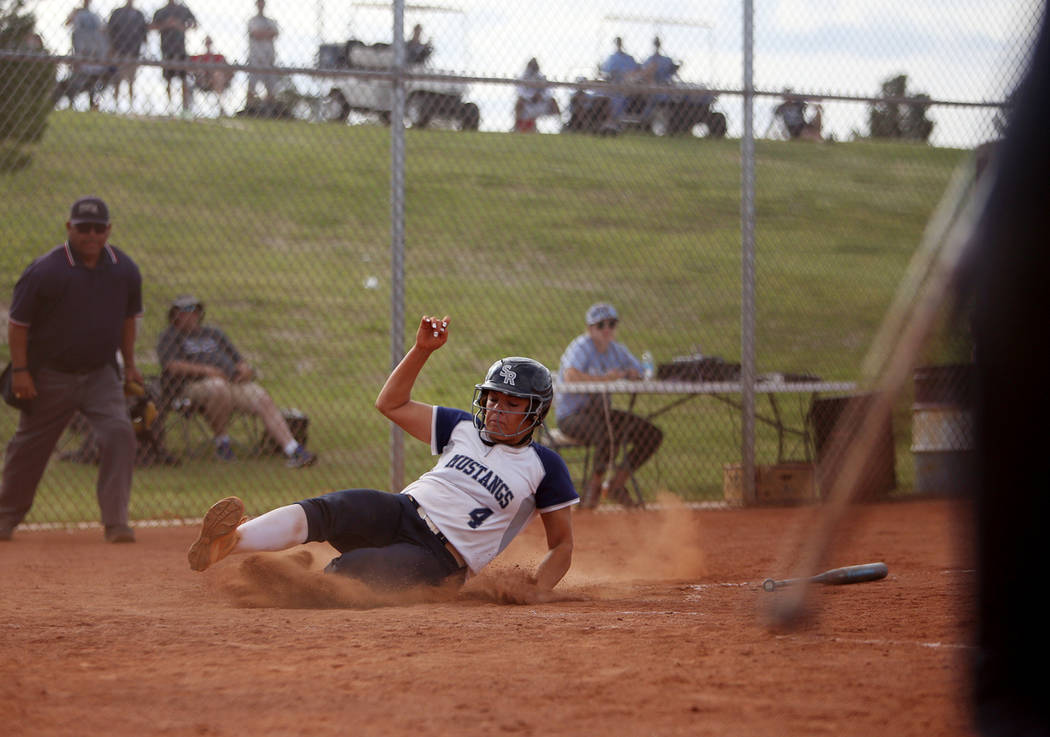 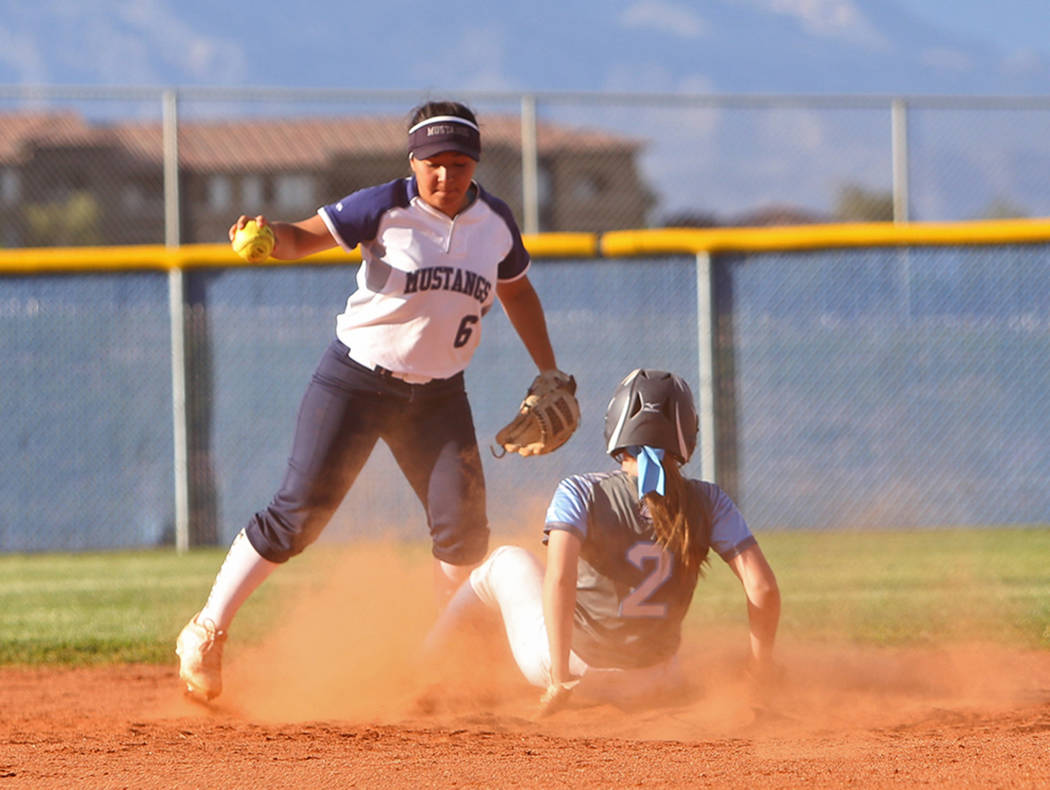 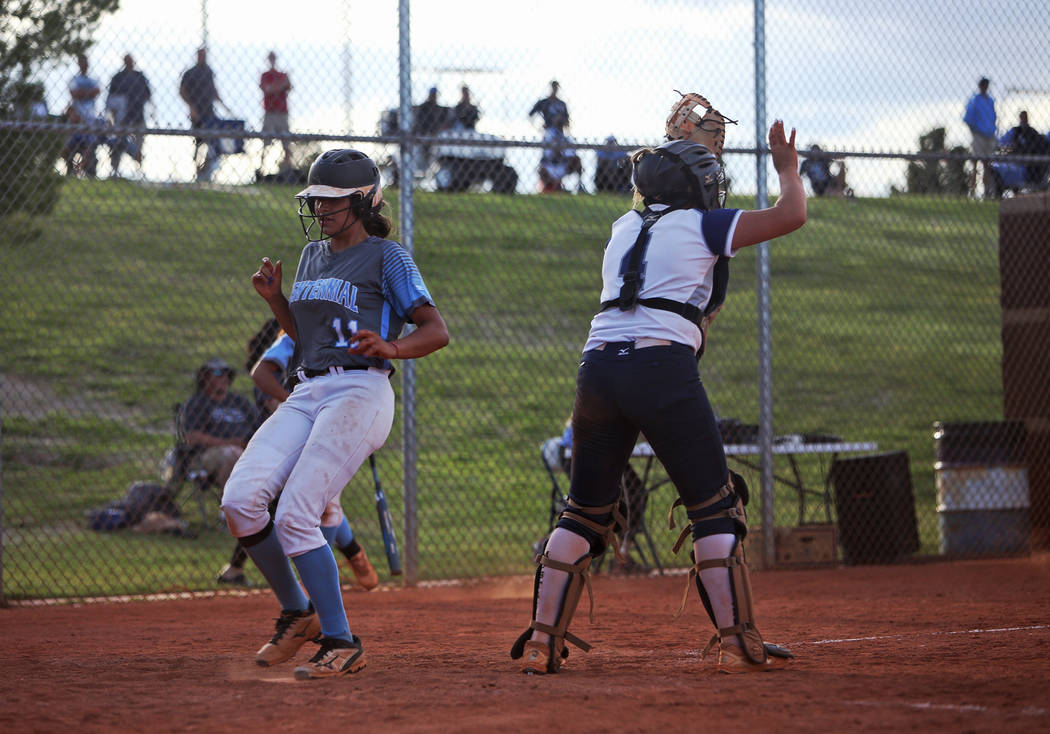 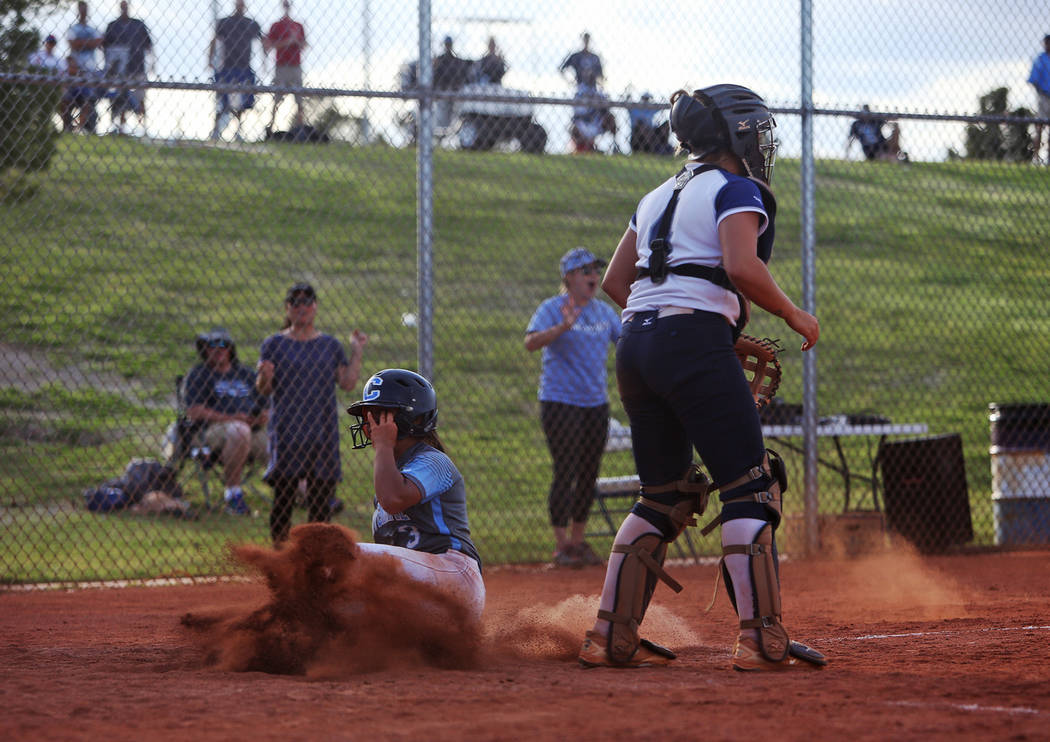 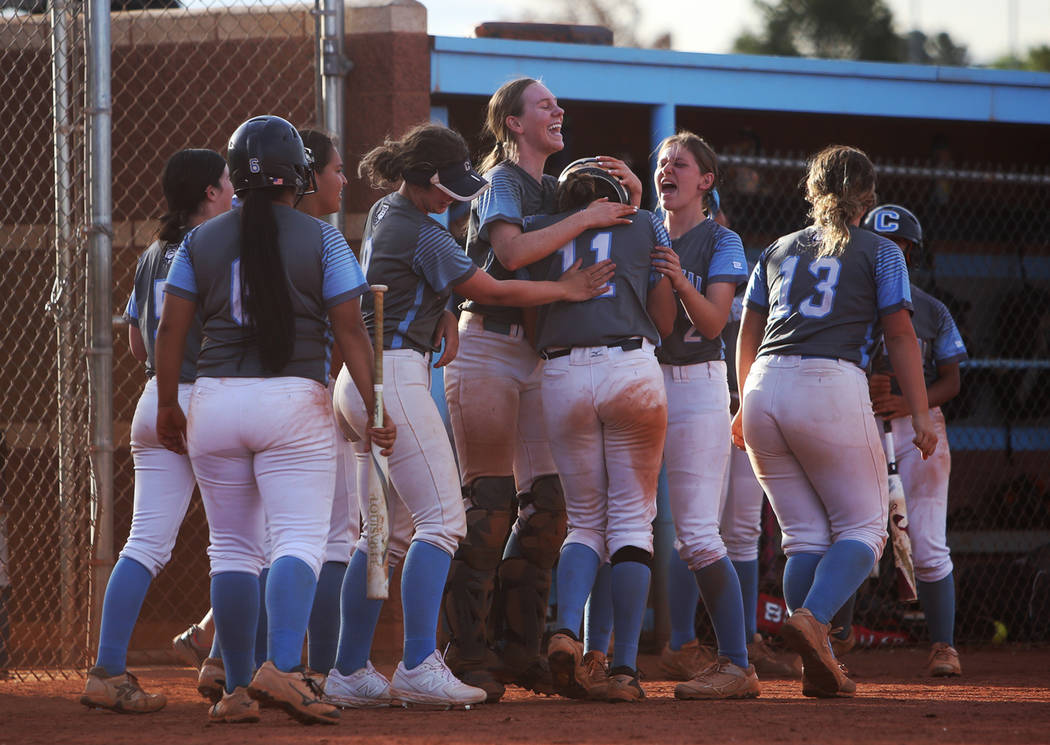 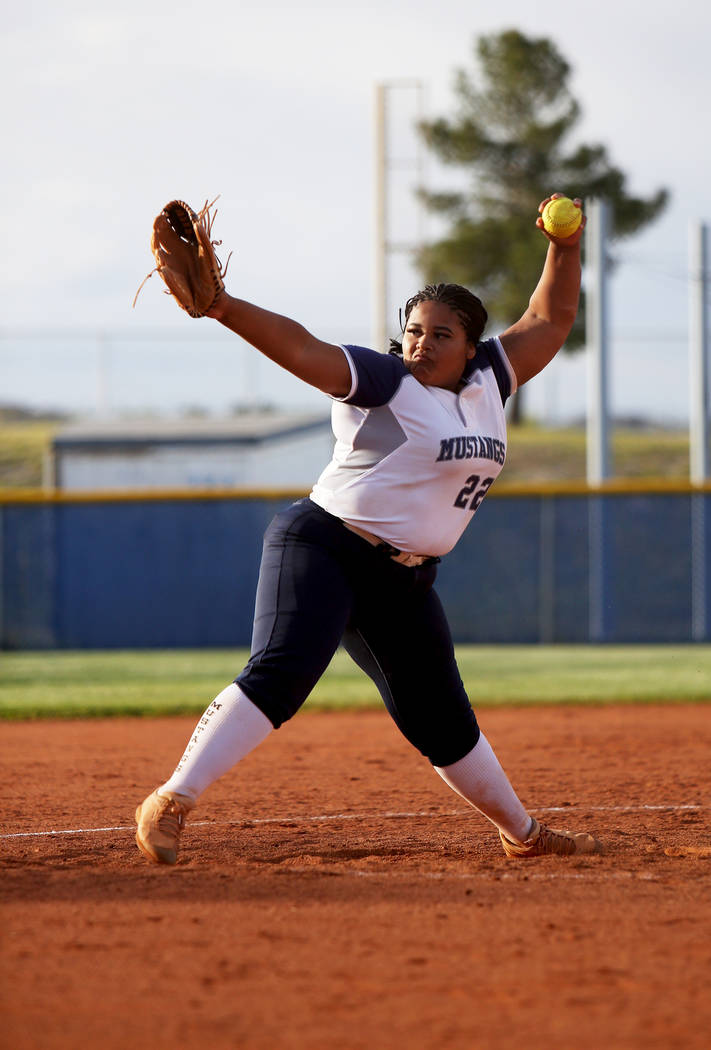 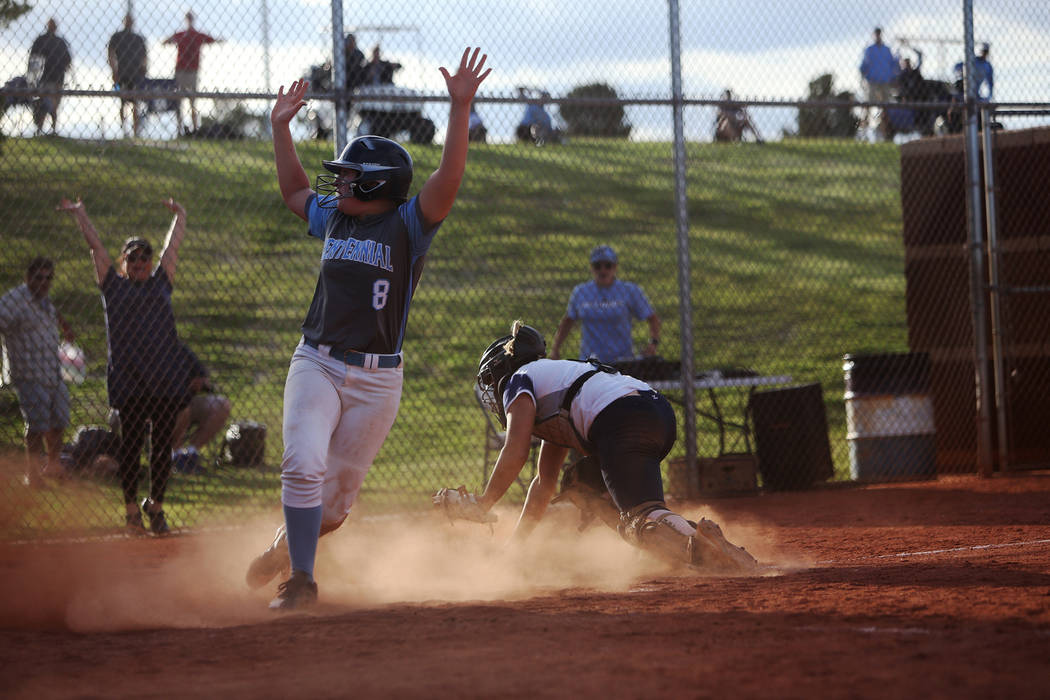 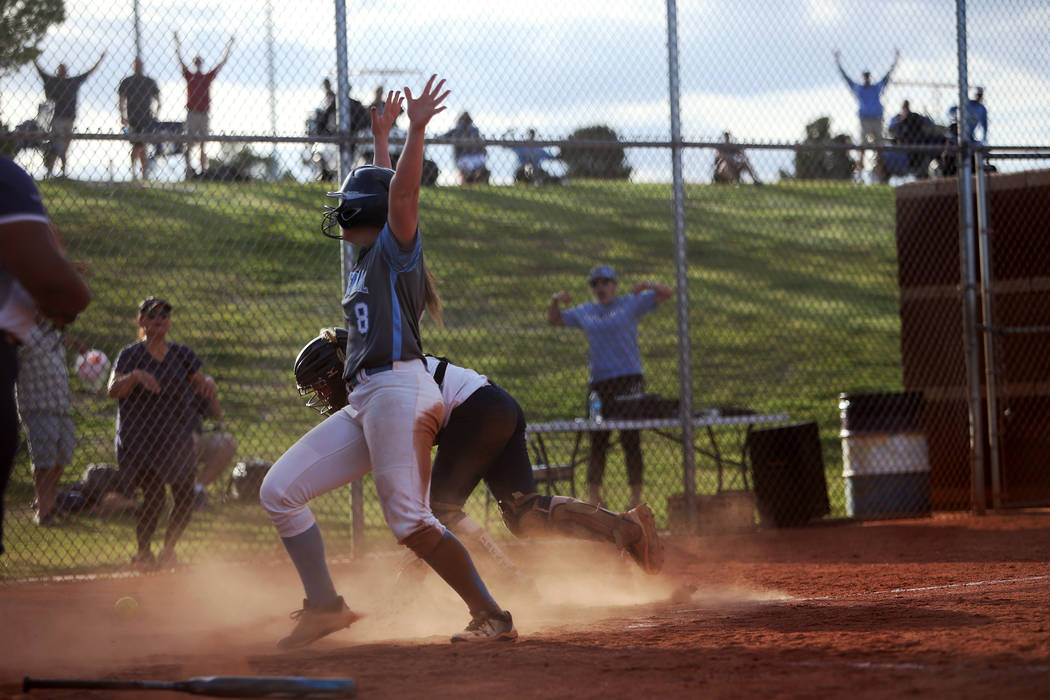 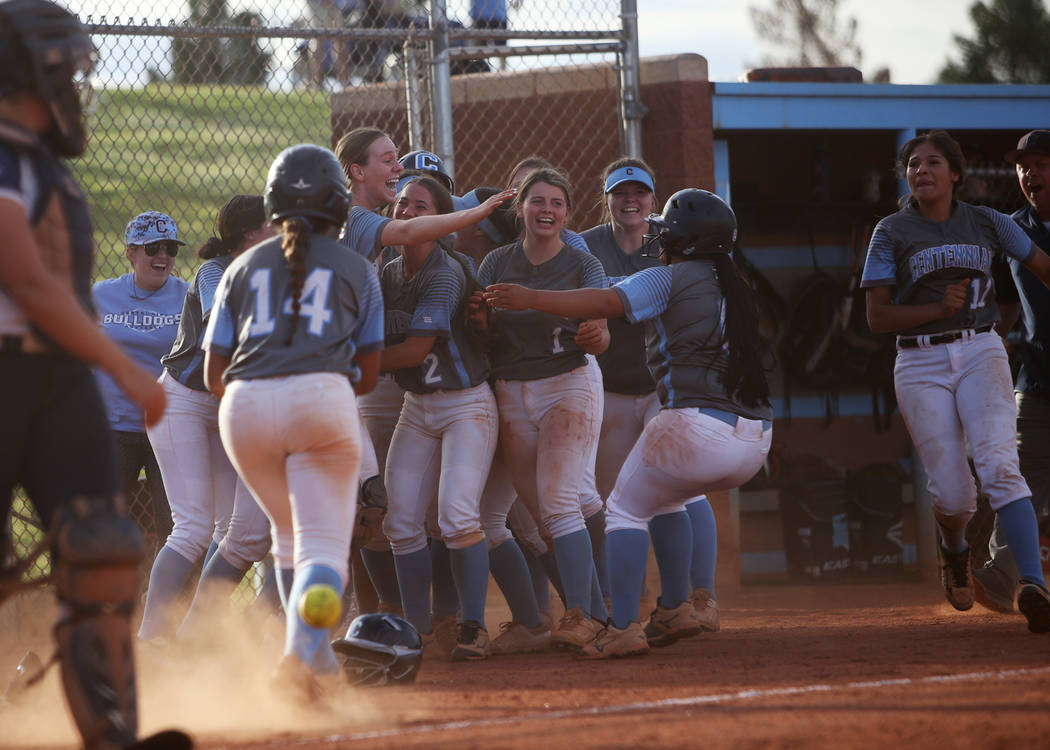 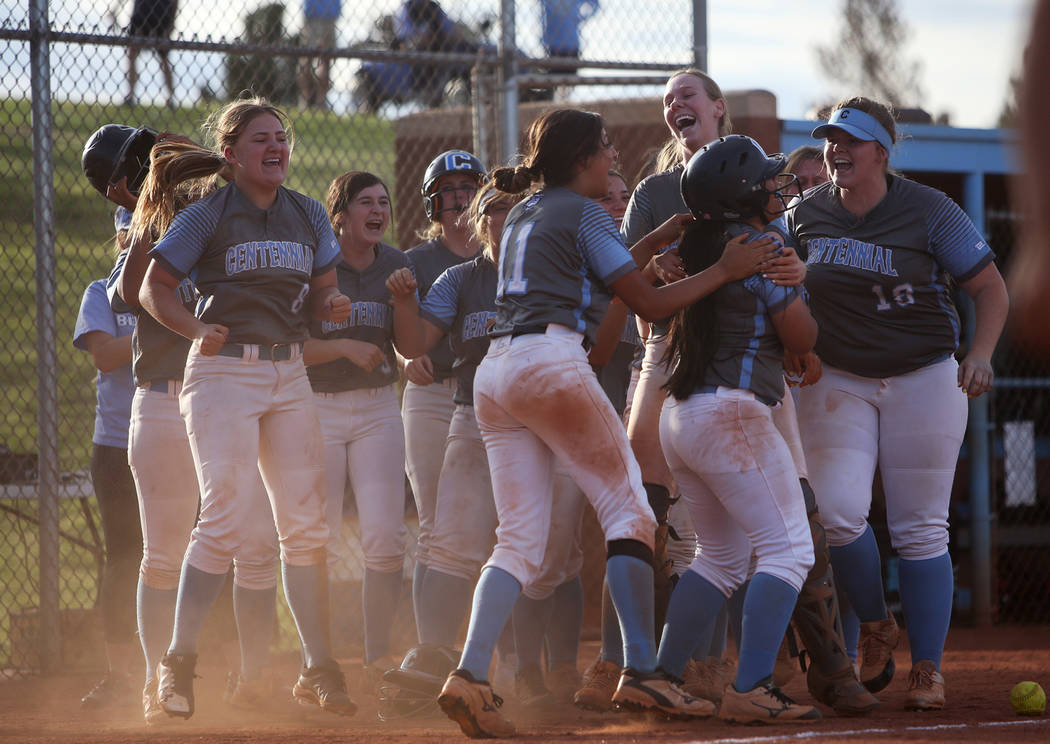 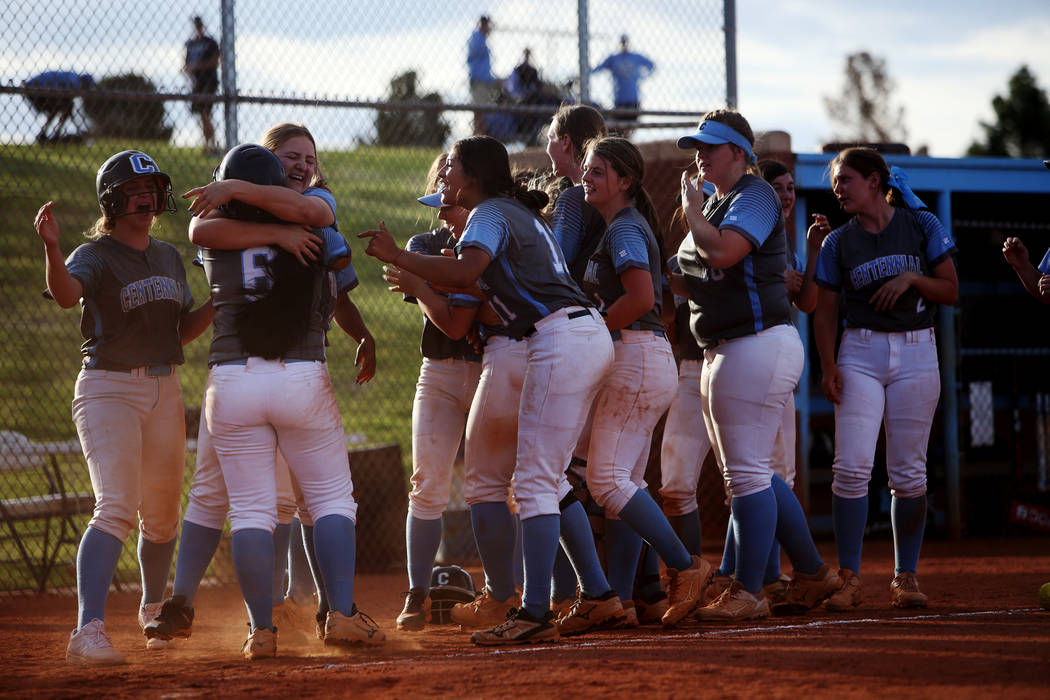 Senior Deanna Barrera has had to look at them for four years, wondering what it would be like to compete for a state title.

“Every day,” she said. “Every day I’ve been pushing and fighting since my freshman year.”

She no longer has to wonder.

Barrera singled up the middle to score Ashlynn Heck from second base in the seventh inning, capping a three-run rally as the host Bulldogs edged Shadow Ridge 3-2 in the Mountain Region tournament.

The Bulldogs (32-4) advance to Friday’s regional final and earned their first Class 4A state tournament berth since 2013.

“I don’t even know how to explain it,” Barrera said. “It’s just an amazing feeling, and I know that we’re gonna get our names up there. I know we’re gonna do it.”

It was the second time in two weeks Centennial scored three runs in the seventh inning to come from behind and defeat the Mustangs, after winning 3-1 at Shadow Ridge on April 25.

“We keep in the back of our minds every time we play how hard we’ve been working since day one, and that pushes us to be better,” Heck said. “We always have confidence in whoever is after us. So we know whether we get out, the person behind us will always have our backs.”

Before Barrera’s decisive hit, Heck drove home Jackie Perez and Natasha Lawrence with a single that tied the game.

Heck went 2-for-3 with two RBIs and Amanda Sink was the winning pitcher, scattering five hits and striking out five.

Shadow Ridge’s Jasmine Martin pitched brilliantly until the Bulldogs chased her in the seventh. Martin gave up five hits in 6⅓ innings and struck out eight. Martin was also 2-for-3 with a double and a run scored.

The Mustangs struck early when Martin came home on Alyssa Stanley’s double in the third. They extended their lead to 2-0 when Shea Clements blasted a triple and scored on Caitlyn Covington’s sacrifice fly to right.

Sink shut the door, retiring seven of the last nine batters she faced.

“We feed off Sink, and she feeds off the team as well,” Centennial coach Mike Livreri said. “They’ve got a lot of faith in one another, a lot of belief. They don’t despair, we always try to tell them let’s just stay right here, let’s stay in the game, it’s within reach, let’s just keep it right here. The little things add up.”