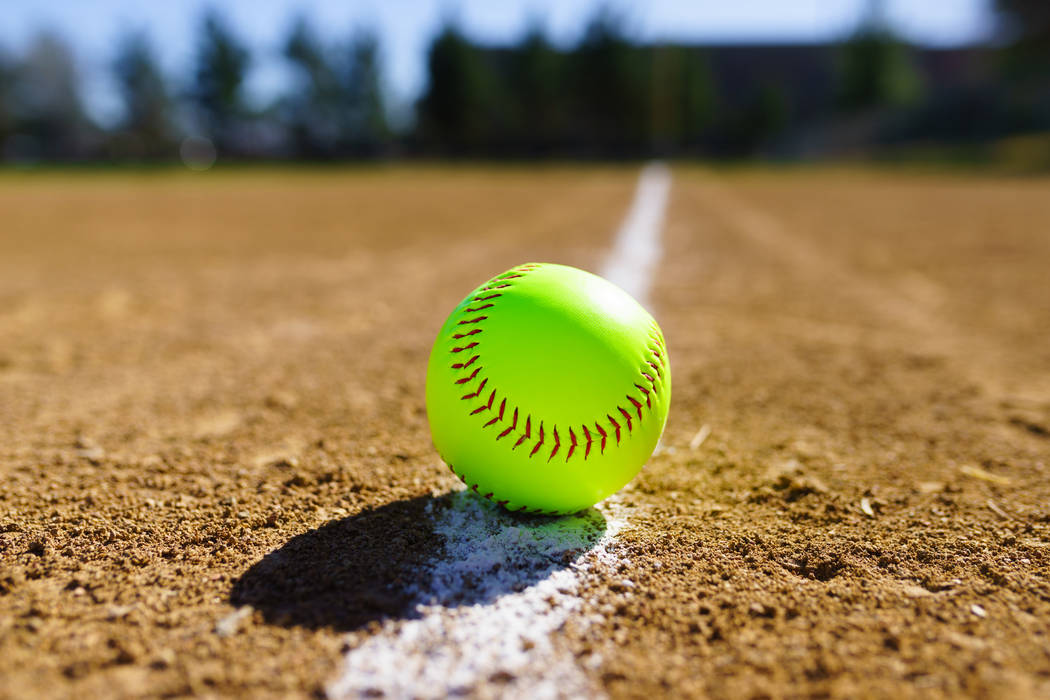 Eldorado’s softball team scored four runs in the third inning and five in the fourth Friday to rally from a 6-0 deficit and beat Las Vegas 11-9 at Coronado to claim the final Sunrise Region postseason spot.

The Sundevils will play at top-seeded Coronado at 4 p.m. Tuesday.

Heather Holman tripled and had three RBIs for the Sundevils, and Kerri Nasife doubled and scored three times.

Sarina Ramirez was 3-for-4 with a double and two runs for the Wildcats. Nicole Forrest and Kaitlyn Horstdaniel doubled for Las Vegas.

Desert Pines 14, Valley 12 — At Valley, Jocelyn Bailon had two doubles as the Jaguars beat the Vikings.

Alejandra Olan, Carolina Rodriguez-Mejia, Mireyah Ortiz and Evelin Florez-Beltran each had a double for Desert Pines.

Heather Robinson doubled for the Vikings.

Pahrump Valley 10, Durango 7 — At Durango, Samantha Riding had three RBIs as the Trojans defeated the Trailblazers.

Pahrump’s Evandy Murphy and Kathy Niles each hit a double, and Amaya Mendoza pitched a complete game to earn the victory.

Alexis Geraldo went 3-for-4 with a grand slam and a two-run home run for the Trailblazers.

Mojave 10, Sunrise Mountain 0 — At Mojave, Larissa Lynn hit a home run in the Rattlers’ five-inning win over the Miners.

Ta’Nyia Zeno threw a three-hit shutout to get the win.

Mojave’s Essence McRae and Emilee Mitton each had a double.

Bonanza 19, Clark 1 — At Clark, Ashley Kersey had a double and three RBIs as the Bengals beat the Chargers in three innings.

Reyna Enriquez and Sara Riley each doubled for Bonanza.

Del Sol 21, Western 11 — At Del Sol, Leila Canete had a homer and four RBIs as the Dragons outslugged the Warriors.

Selena Erickson was 3-for-3 with a triple and two RBIs for for Del Sol, and teammate Jazmine Rivera doubled.

Laughlin 15-7, Lake Mead 5-17 — At Lake Mead, Sammi Sarinana was 5-for-5 with six RBIs to power the Cougars over the Eagles in five innings in the first game of a doubleheader.

Lori Morgon tripled and fired a complete game for the Cougars.

In the second game, Lauryn Freund pitched a complete game and doubled in the Eagles’ five-inning win over the Cougars.

Morgon had two doubles for Laughlin.

Lincoln County 21-20, The Meadows 0-1 — At Panaca, Kailey Kelley had three hits and drove in eight runs in the opener as the Lynx swept a pair of three-inning games from the Mustangs.

Macie Howard and Sadie Teel each added two hits, and Kendra Mathews and Hannah Bleak drove in three runs apiece in the first game for Lincoln County. Lynx pitcher Sadie Soderborg allowed one hit and no walks and struck out seven.

In the nightcap, Howard had three hits and four RBIs, and Mathews added two hits and three RBIs for the Lynx. Bleak again drove in three runs. Gwen Lamb allowed one hit and struck out three for Lincoln County to get the win.

Needles 20-18, Mountain View 1-0 — At Needles, California, Brooklyn McCorkle had a triple and a double in the first game of a double header as the Mustangs routed the Saints in three innings.

In the second game, Fragoso, Breauz and Katie Cameron each had a homer to help the Mustangs over the Saints in three innings.

Charley Andrews hit a triple and a double for the Mustangs, which got doubles from Hooper, McCorkle and Imani Evans.

Pahranagat Valley 15-13, Beaver Dam 0-0 — At Alamo, Kaitlyn Davis threw a three-inning no-hitter and struck out four to lead the Panthers past the Diamondbacks in the first game of a doubleheader.

In the second game, Taylor was 3-for-3 with a three-run homer to lead the Panthers past the Diamondbacks.

Ashlyn Wadsworth allowed one hit over five innings and struck out seven to pick up the win.