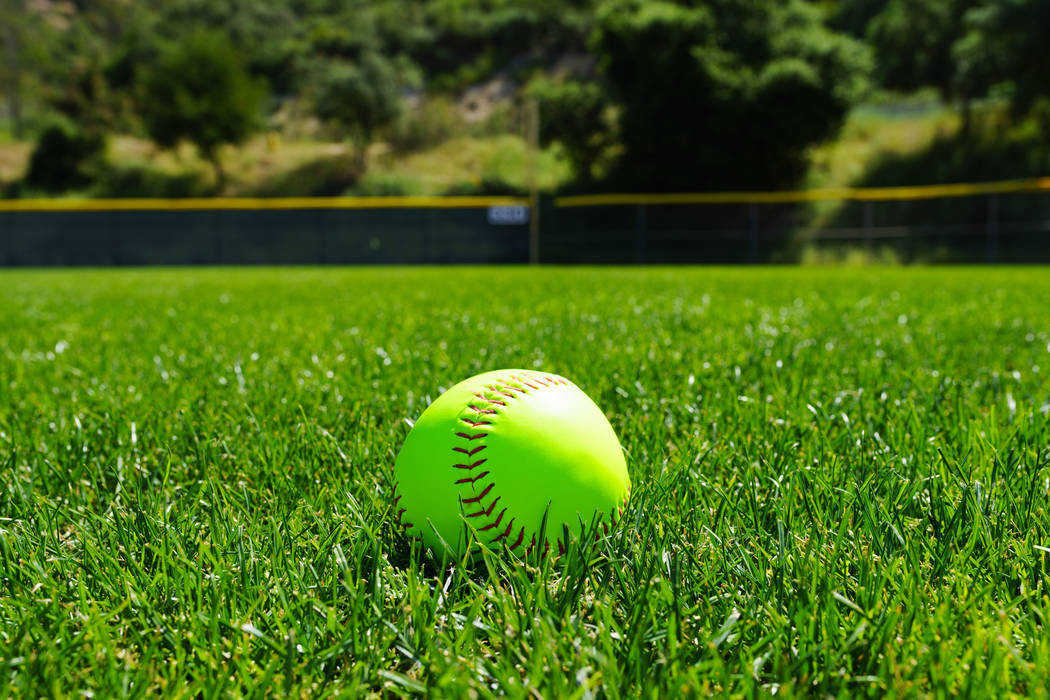 Yazmin Sevilla went 3-for-5 with a triple, four runs and three RBIs Monday to help Sunrise Mountain’s softball team to a 24-13 hone win over Western in a five-inning game.

Emiley Rideout was 1-for-3 with a home run and four RBIs, and Esmeralda Balbuena went 2-for-4 with three RBIs for the Miners. Remmy Solis also homered for Sunrise Mountain.

Alexis Cho was 2-for-3 with a double and two RBIs for the Warriors.

Rancho 9, Bonanza 5 — At Bonanza, Sierra Crane went 2-for-3 with an RBI as the Rams defeated the Bengals.

Hannah Roberts went 1-for-3 for Bonanza.

Centennial 13, Cimarron-Memorial 3 — At Centennial, Sofia Ruelas was 2-for-3 with two home runs and three RBIs as the Bulldogs topped the Spartans in five innings.

Ashlynn Heck was 2-for-2 with two RBIs for Centennial.

Mya’Liah Bethea was 2-for-3 with a home run, a double and three RBIs for Cimarron.

Kaitlyn Horstdaniel also went 2-for-3 with a grand slam for Las Vegas.

Madelynn Kennedy went 3-for-3 for Cheyenne.

Arbor View 11, Eldorado 0 — At Eldorado, Annie Finch went 2-for-3 with two RBIs and threw three hitless innings to lead the Aggies by the Sundevils in a five-inning game.

Kylie Sharapan was 2-for-2 with two doubles, and Caitlin Livreri went 2-for-3 with a double and two RBIs for Arbor View.

Adriana Romero was 1-for-2 with a double for Eldorado.

Shadow Ridge 15, Legacy 0 — At Shadow Ridge, Hailey Morrow went 3-for-3 with two home runs and four RBIs to help the Mustangs to a four-inning win over the Longhorns.

Jasmine Martin and Savannah Stanley combined on a four-hitter for the Mustangs.

Moapa Valley 15, Valley 0 — At Overton, Emilie Barraza was 2-for-3 with a double and four RBIs as the Pirates routed the Vikings in three innings.

Kaitlyn Anderson was 2-for-3 with a double and an RBI, and Abbie Evans was 2-for-2 with a triple for Moapa Valley.

Lily Mader was 2-for-2 with a double for Valley.

Virgin Valley 15, Democracy Prep 1 — At Mesquite, Alex Covarrubias was 1-for-2 with two runs and an RBI as the Bulldogs routed the Blue Knights in three innings.

Melissa Vanorsdale and Alex Covarrubias combined on a no-hitter for Virgin Valley, which had only four hits but drew 11 walks and had three hit batters.

Palo Verde 18, Desert Pines 0 — At Desert Pines, the Panthers rolled past the Jaguars in three innings.

Kyffin Andreasen had an RBI double, and Maddison Hearn and Sianna Lewis each went 1-for-2 with an RBI for Palo Verde.

Boulder City 18, Del Sol 0 — At Boulder City, Sydney Krumm was 3-for-3 with a double and four RBIs to help the Eagles to a three-inning win over the Dragons.

Ryann Reese was 3-for-3 with an RBI, and Lily Hood and Brooke Baker each went 2-for-3 with two RBIs for Boulder City.

Abby Giunta tossed a one-hitter and struck out three for the Eagles.

Faith Lutheran 20, Canyon Springs 0 — At Canyon Springs, Kalsey Kekahuna-Lopes was 3-for-4 with two home runs and five RBIs as the Crusaders routed the Pioneers in three innings.

Ellie Fried was 4-for-4 with an RBI, and Kelsey Howryla was 2-for-3 with a home run, a triple and four RBIs for Faith Lutheran.

Rily struck out four with no walks. She also went 3-for-4 with a double and two RBIs.

Kareena Nelson was 4-for-4 with three RBIs, and Ana Gonzalez went 2-for-2 with three RBIs for Pahrump. Skyler Lauver was 2-for-3 with a double and a triple for the Trojans. 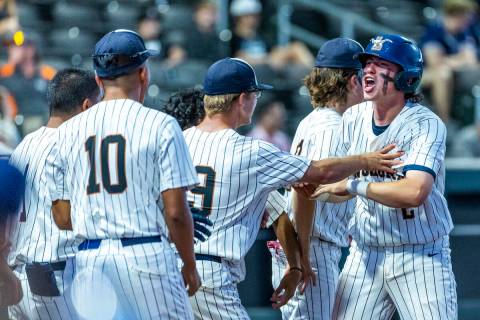