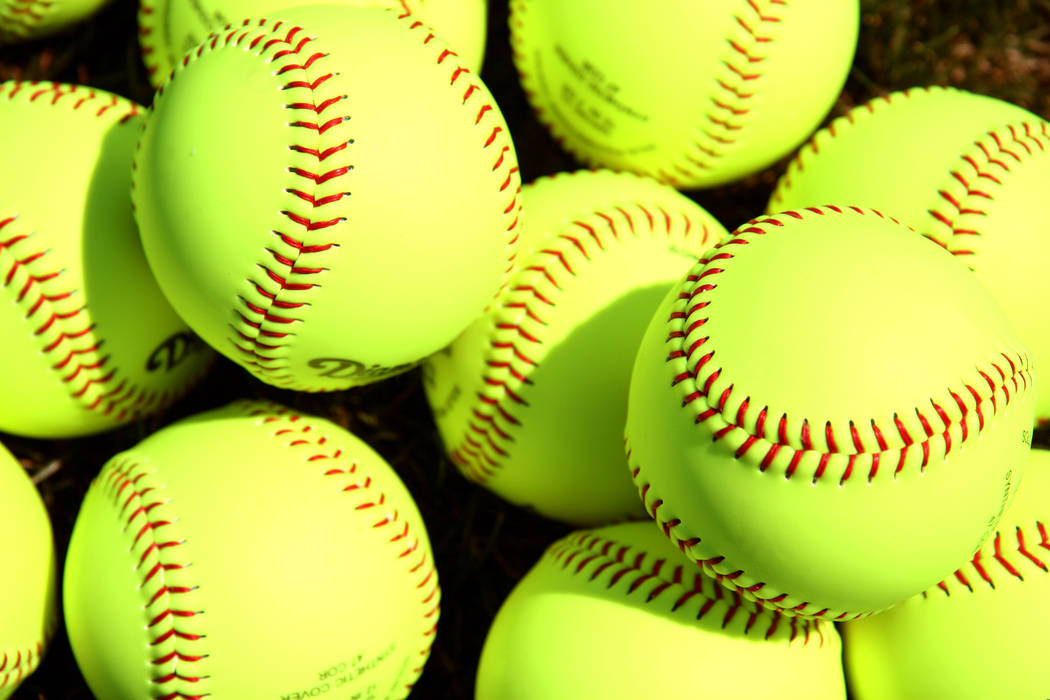 Sadie Christian went 2-for-3 with two doubles and two RBIs, and Skylar Glaude was 2-for-4 with a double and and two RBIs to lead Foothill’s softball team to a 9-4 victory over visiting Rancho on Monday.

Caitlyn Stevenson had a home run and two RBIs, and Kylie Becker threw a complete game to earn the win for the Falcons, who led 5-0 after three innings.

Spring Valley 15, Bonanza 5 — At Spring Valley, Talya Ushakoff went 3-for-3 with a triple and three RBIs to lead the Grizzlies past the Bengals in five innings.

Basic 14, Silverado 3 — At Basic, Sanoe Helenihi and Bailey Cunanan each homered in the fifth inning as the Wolves rallied for the six-inning win.

Silverado led 3-1 going to the bottom of the fifth after a three-run homer by Megan Johnson. But Helenihi and Cunanan’s homers highlighted a nine-run fifth for Basic.

Coronado 13, Eldorado 0 — At Eldorado, Ashley Ward tossed a one-hitter with 11 strikeouts and was 2-for-4 with two doubles and four runs to lead the Cougars past the Sundevils in three innings.

Alyana Lopez was 2-for-2 with a triple, and Marissa Kopp drove in three runs for Coronado, which scored eight runs in the fifth inning.

Mariana Maldanado had a single and stolen base for Eldorado.

Green Valley 15, Valley 0 — At Green Valley, Sierra Miranda went 2-for-2 with two doubles and two RBIs, and Brooke Haney hit a two-run home run as the Gators routed the Vikings in three innings.

Savannah Fabro had a triple and three RBIs, and Gennie Simington was 2-for-3 with a double and two RBIs for Green Valley, which also got a triple from Alexa Blazek.

Anissa Banoie tossed a three-hitter to earn the win.

Sierra Vista 15, Clark 0 — At Sierra Vista, Jessica Schneider tossed a one-hitter with seven strikeouts and hit two triples to lead the Mountain Lions to a three-inning win over the Chargers.

Kalei Watkins was 2-for-2 with a triple, a home run, three runs and three RBIs, and Andrea Barajas went 2-for-3 with a double, a triple, two runs and two RBIs for Sierra Vista, which scored five runs in each inning.

Liberty 15, Canyon Springs 0 — At Liberty, Morgan LaNeve was 2-for-3 with four RBIs in the Patriots’ three-inning rout of the Pioneers.

Soraya Seumalo went 2-for-2 with two RBIs for Liberty, which scored eight runs in the third inning.

Pahrump Valley 19, Del Sol 2 — At Del Sol, Skyler Lauver went 3-for-4 with two doubles and three RBIs to lead the Trojans in a five-inning rout of the Dragons.

Noa Bowie tripled and drove in a run for Del Sol, and teammate Selena Erickson doubled.

Marist Catholic (Ore.) 19, Desert Oasis 8 — At Desert Oasis, Hailey Jaramillo went 2-for-4 with a double and three RBIs in the Diamondbacks’ loss to the Spartans.

Meagan Anders had a double and three RBIs, and Izriah Hodson was 2-for-4 with a triple for Desert Oasis, which led 6-5 after two innings.

Marist Catholic, which finished with 22 hits, scored eight runs in the top of the sixth to pull away.

Freund also homered for the Eagles, and Josey White doubled.