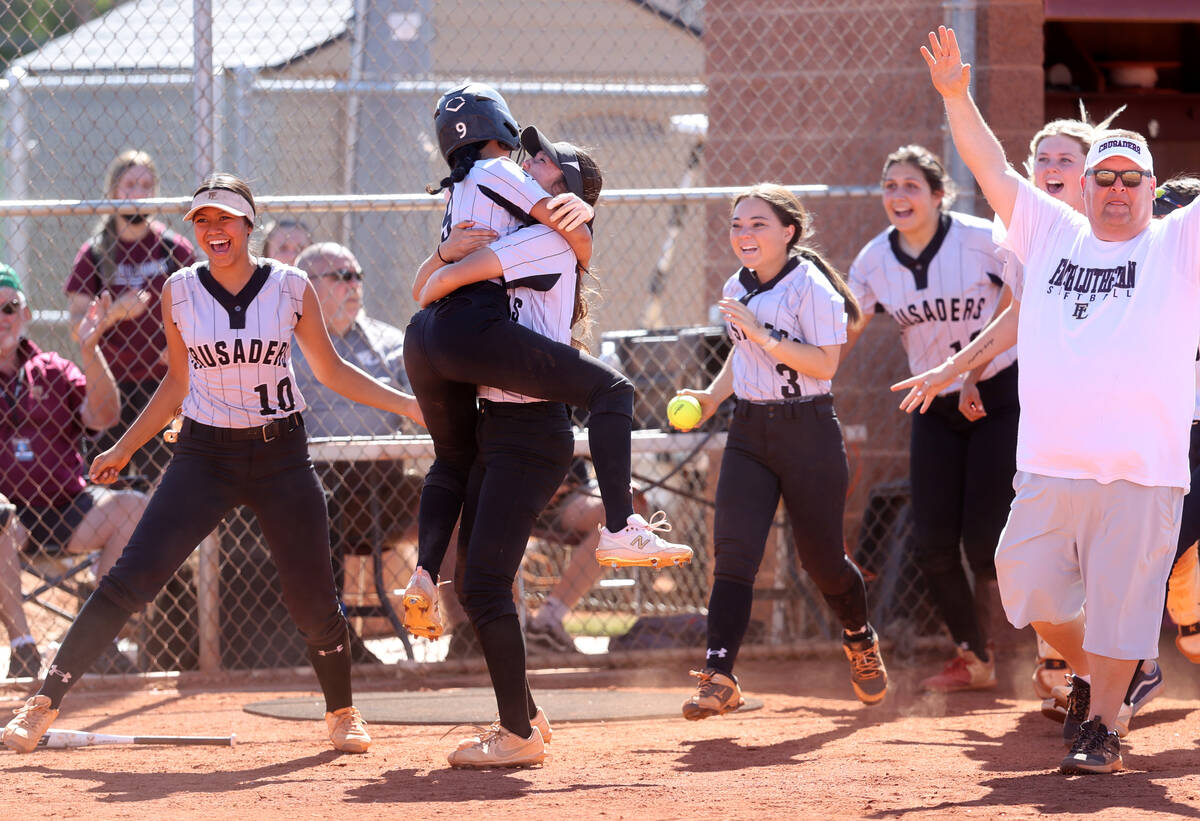 Faith Lutheran wasn’t expected to contend for the Class 5A state softball title.

Crusaders coach John Chilman and his team took notice and set out to prove everyone wrong. Now, they’re three wins from hoisting the championship trophy.

“The girls have had a good attitude all year, but they looked at some of those teams that were mentioned as contenders as better than them,” Chilman said. “The mindset that changed was, hey, we can play with these teams.”

The Crusaders proved they could play with the top teams by cruising through the 5A Southern Region tournament last week with a 4-0 record in claiming the title.

Chilman said his team’s season turned after a 10-1 loss to Green Valley.

“We didn’t play bad that day, but we had a few errors that really cost us,” Chilman said. “I’ve been coaching for 20 years, and rarely have I seen girls dripping from sweat from a softball practice. But our assistant coaches worked them hard, and they never complained.”

“It’s been absolutely incredible watching Avari step up this year, not that she didn’t last year,” Green Valley coach Kathlyn Doiron said. “When she’s (in the circle), we know she’s going to pitch a great game, and that makes everything so much easier as a coach.”

Doiron also credits the Gators’ maturity for getting them to state.

At no time did that come into play more than in last week’s Southern Region tournament. Green Valley led Centennial 4-0 before allowing seven runs in the seventh inning to fall into the losers bracket.

That meant they had to beat last year’s Southern Region champion, Arbor View, to get another shot at Centennial.

The Gators shut out Arbor View 5-0, then held on for a 5-3 win over Centennial to clinch a state berth before losing to Faith Lutheran 16-6 in the title game.

“I’m really proud of the fight we’ve continued to show,” Doiron said. “They’ve continued to flush everything that’s happened the day before – good or bad – and focus on today.”

Chilman and Doiron said they don’t know much about their Thursday opponent. But they expect a tough game.

“If you’re still playing, you’re an elite team,” Chilman said. “But if we play our brand of softball, we think we can play with anybody.”