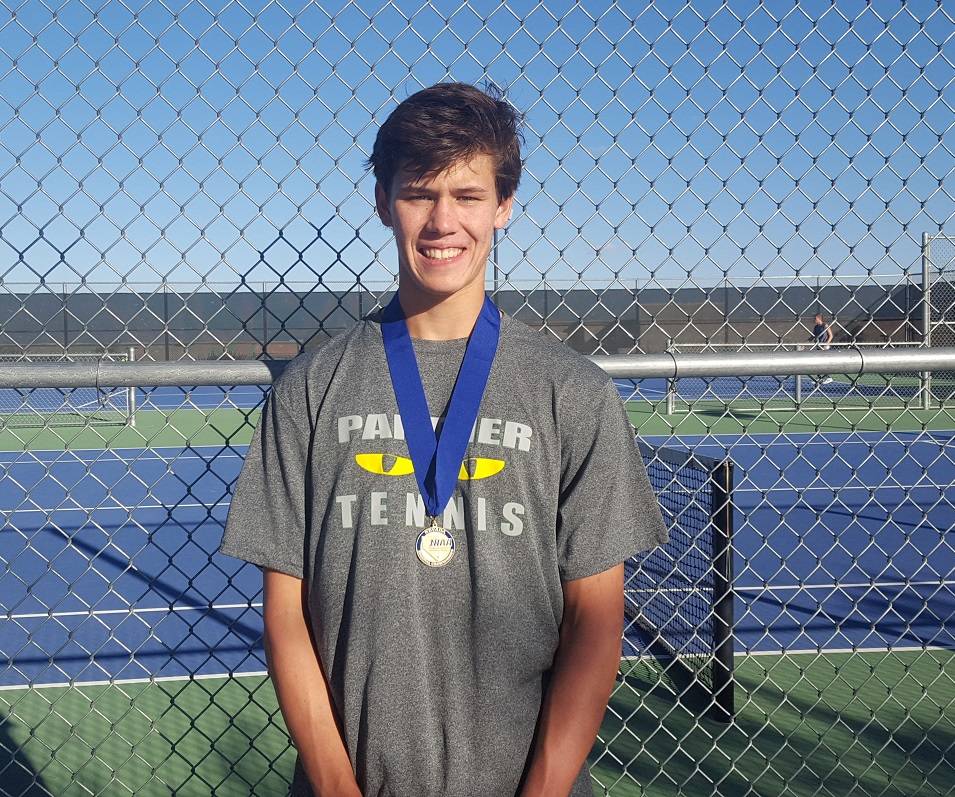 Not against Andre, a junior, and seasoned tennis player who has been competing on a national level for 10 years.

Using his a powerful first serve and an overwhelming forehand, Andre dominated Dobrev, who on many occasions simply could return the top seed’s serves.

“It’s only his first year playing high school tennis, but he’s in the region final, he’s got three more years to go after this,” said Andre, who lost just four games the entire region tournament. “He’s obviously a young guy, I don’t think he has as much experience as I do on the court. But he kept his head together, kept a good attitude, took it on the chin like a champ.”

Andre, who delivered six aces, was too much for his younger foe, allowing Dobrev just 17 points the entire match. Andre had three love games en route to his double bagel victory.

Andre also is competing in high school for the first time, as he didn’t play tennis his freshman or sophomore years. He played quarterback for Liberty’s freshman football team before transferring to Palo Verde. He worked on his game with his private coach during his sophomore year and competed at high-level tournaments nationwide.

Bonanza’s Levon Grigoryan was too much for Centennial Justin Madsen in the third-place match, winning 6-2, 6-4.