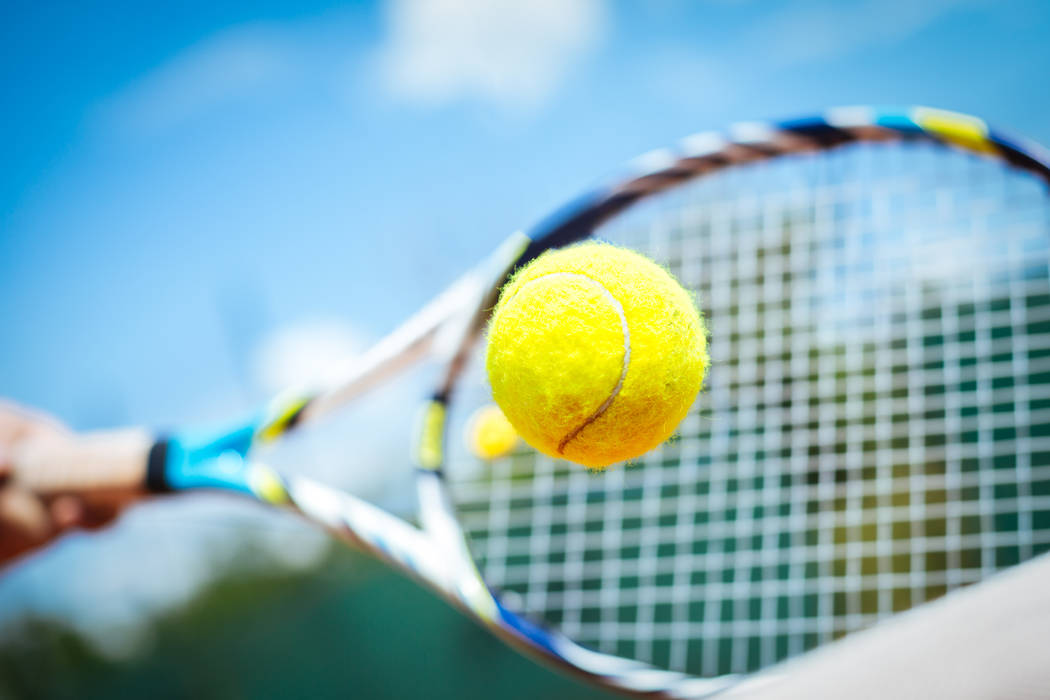 The doubles teams of Michael Connors and Matt Lamb, Grant Rogers and Austin Chong and Max Wolfson and Cole Davidson each went 2-1 for Gorman.

Kostrinsky and Axel Botticelli each went 3-0 in singles for the Panthers, as did the doubles team of Jayden Atkin and Sam Soderborg.

Clark 10, Spring Valley 8 — At Clark, the doubles teams of Teo Tabar and Michael Pasimio, and Justin Ong and Shan Reddy finished 3-0 as they led the Chargers to victory over the Grizzlies.

Faith Lutheran 9, Bonanza 9 — At Bonanza, the Crusaders and Bengals finished in a tie and could not play the tiebreaker due to darkness.

Boulder City 15, Desert Pines 3 — At Boulder City, Boen Huxford and Preston Jorgensen went 3-0 in doubles as the Eagles rolled by the Jaguars.

Tech 14, Virgin Valley 4 — At Mesquite, Chad Saltzman went 3-0 to lift the Bulldogs over the Roadrunners.

Centennial 18, Cimarron-Memorial 0 — At Cimarron, Justin Madsen finished 3-0 in singles as he led the Bulldogs to a shutout victory over the Spartans.

Nik Dobar and Ethan Winspear also finished 2-0 in doubles for the Bulldogs.

Durango 12, Shadow Ridge 6 — At Durango, Jovan Lubura, Arthur Urfalyan, and Arjay Angus each finished 3-0 in singles as the Trailblazers defeated the Mustangs.

Chaparral 13, Del Sol 5 — At Chaparral, Juan Blas finished 3-0 in singles as he led the Cowboys to a victory over the Dragons.

Coronado 18, Eldorado 0 — At Coronado, Thomas Nguyen finished 2-0 in singles as the Cougars shutout the Sundevils.

The Meadows 18, Adelson School 0 — At The Meadows, the Mustangs swept the Lions.

Desert Oasis 12, Legacy 0 — At Legacy, the Diamondbacks defeated the Longhorns by forfeit.

Mojave 12, Cheyenne 0 — At Cheyenne, the Rattlers defeated the Desert Shields by forfeit.