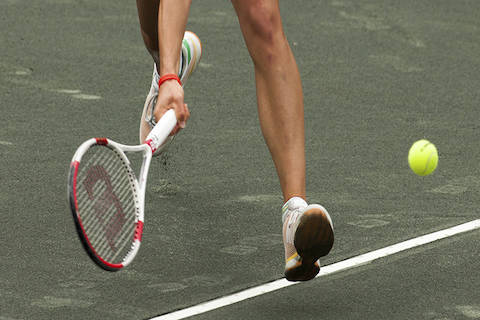 Daniel Saravia and Jacob Chairsell finished 2-0 in doubles to help Del Sol’s boys tennis to a 10-9 tiebreaker victory over host Valley on Monday.

Nicholas Jianu was 3-0 in singles for the Vikings, and teammates Marcelino Musngi and Kevin Vargas finished 2-0 in doubles.

Green Valley 10, Desert Oasis 8 — At Desert Oasis, Andre Millett went 3-0 in singles to lead the Gators over the Diamondbacks.

Bishop Gorman 11, Tech 7 — At Tech, Nicholas Kouretas and Sig Rogich went 3-0 in doubles to lead the Gaels to a victory over the Roadrunners.

The Meadows 12, Moapa Valley 6 — At The Meadows, Alex Frazier went 2-0 in singles to help the Mustangs beat the Pirates.

Clark 15, Foothill 3 — At Clark, Rahul Gupte was 3-0 in singles as the Chargers defeated the Falcons.

The doubles team of Shanil Jayaweera and Mathew Spagnolo finished 2-0 for Clark.

Liberty 14, Sierra Vista 4 — At Liberty, Hayden Lyons and David Otero each went 3-0 in singles to power the Patriots over the Mountain Lions.

Arbor View 14, Rancho 4 — At Rancho, Michael Webb was 3-0 in singles to lead the Aggies over the Rams.

Chad Decker and Kru Kimoto went 3-0 in doubles for the Aggies.

Basic 14, Durango 4 — At Durango, the doubles teams of Shad Gettman and Jacob Cunanan, and Shane Spencer and Chris Jepson each finished 2-0 as the Wolves defeated the Trailblazers.

Virgin Valley 16, Chaparral 2 — At Mesquite, Ethan Leavitt went 2-0 in singles to lead the Bulldogs over the Cowboys.

Coronado 17, Silverado 1 — At Silverado, Aiden Benoualid finished 3-0 in singles as the Cougars rolled past the Skyhawks.

Boulder City 12, Western 0 — At Western, the Eagles defeated the Warriors by forfeit.