If you are having problems accessing today’s e-Edition, please click on this link VIEW E-EDITION
Las Vegas Review-Journal
August 28, 2018 - 8:50 pm 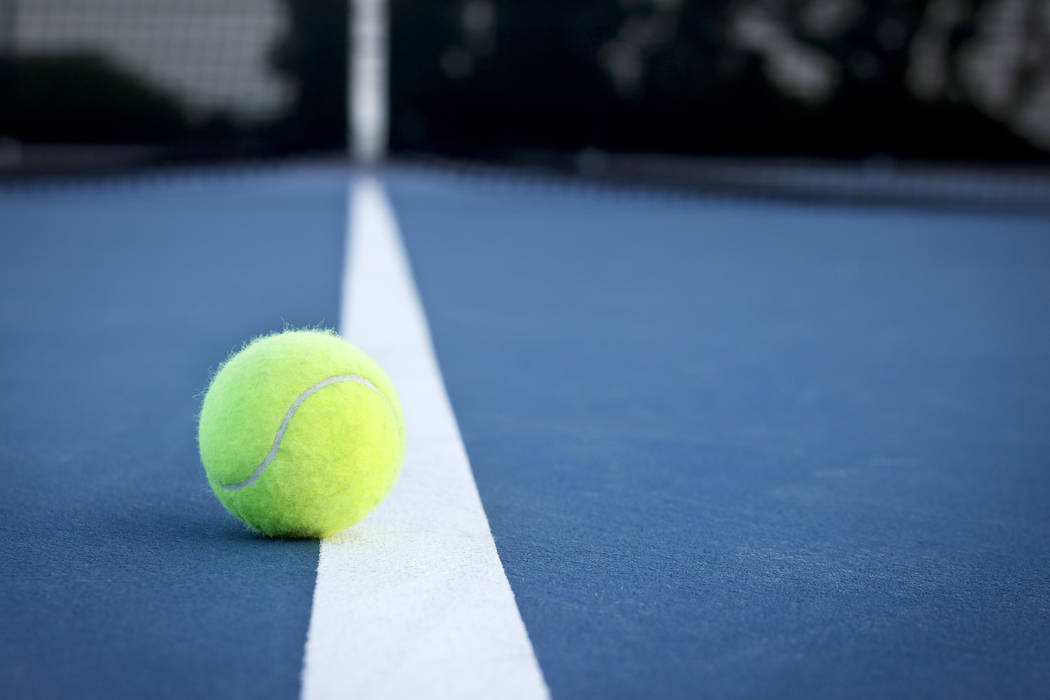 Faith Lutheran’s Maxwell Blum went 2-1 in singles to help the Crusaders beat Centennial 10-8 at Darling Tennis Center on Tuesday, and win for the 100th time in the school’s boys tennis history.

Bonanza 12, Rancho 6 — At Rancho, Mark Thuet went 3-0 in singles, and the doubles team of Marshall Nelson and Manny Gegen went 3-0 as the Bengals bested the Rams.

Levon Grigoryan and Chase Kasday went 2-0 in doubles for Bonanza. Joshua McElroy was 2-1 in singles, and the doubles team of Antonio Ayala and Benjamin Ballin went 2-1 for Rancho.

Boulder City 11, Foothill 7 — At Boulder City, Preston Jorgensen and Boen Huxford went 3-0 in doubles as the Eagles beat the Falcons.

Palo Verde 15, Arbor View 3 — At Palo Verde, Jack Kostrinsky and Denim Richardson each went 3-0 in singles play as the Panthers dispatched the Aggies.

Las Vegas 18, Cimarron-Memorial 0 — At Las Vegas High, the Wildcats shut out the Spartans.

Eldorado 12, Canyon Springs 0 — At Eldorado, the Sundevils defeated the Pioneers by forfeit.

Legacy 12, Cheyenne 0 — At Cheyenne, the Longhorns defeated the Desert Shields by forfeit.