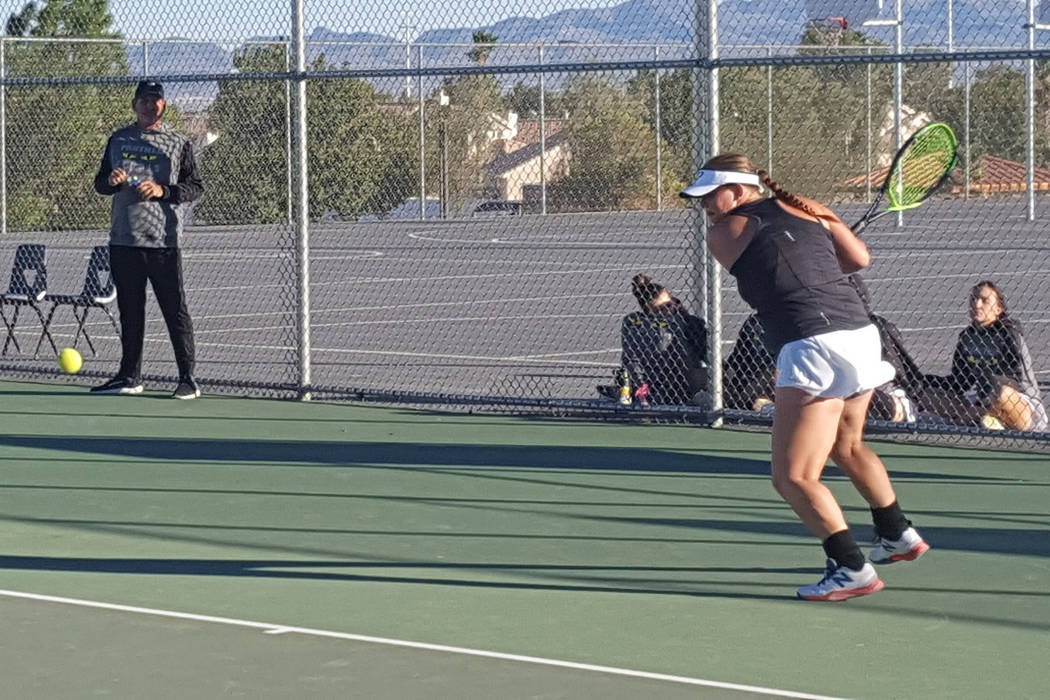 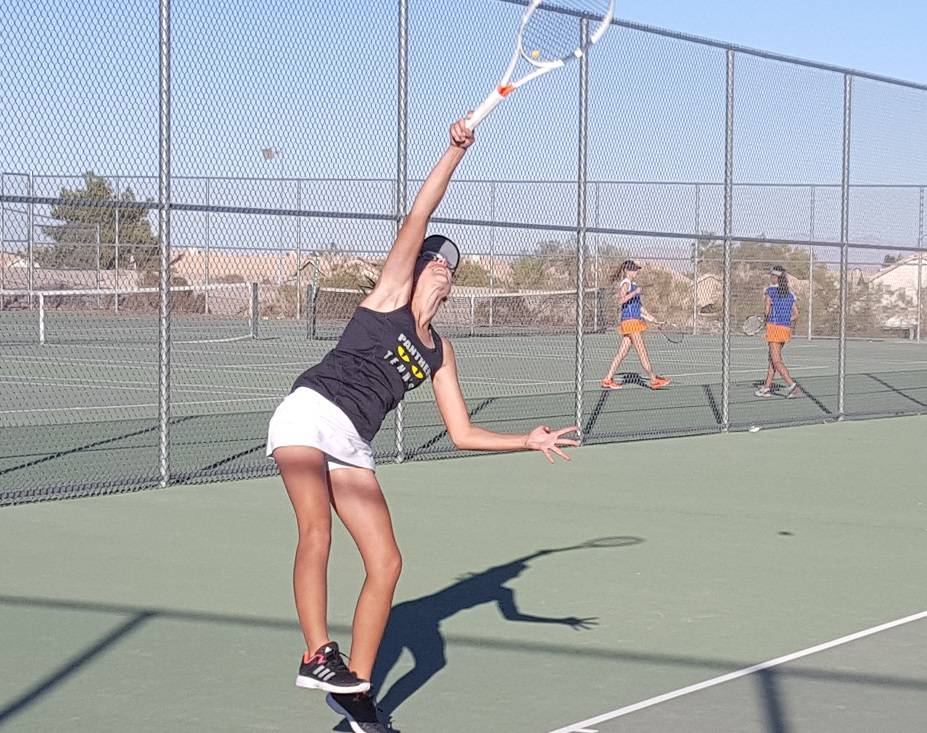 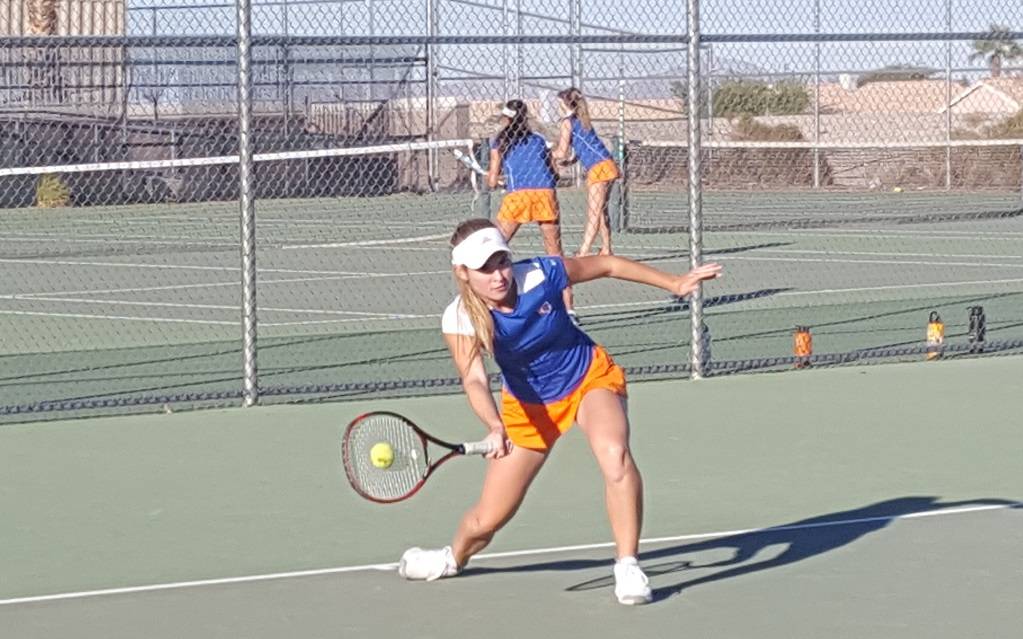 The sting didn’t completely subside until Monday afternoon, when the Panthers knocked off Bishop Gorman 12-6 in a Class 4A state quarterfinal, earning a trip to Reno for a semifinal on Thursday.

“From the beginning of the season we really just wanted to build a good team ethic, and this year we came into it hoping that team bonding and talking to each other and having meetings would get us to where we wanted to be,” said Kaya Richardson, who went 3-0 with doubles partner Roxanne Okano on Monday. “It was a difficult journey but working together and talking to each other and just keeping our heads high, we were able to get to where we wanted to be.”

Richardson and Okano clinched the match for the Panthers with a 6-0 victory in the third round over Gorman’s Katy Ng and Marci Adolfo.

Palo Verde’s doubles teams of Devon Yamane and Andrea Flores-Gerez, and Caroline Hsu and Priya Raju, each went 2-1. Shelby Graber and Lindsay Juhasz both went 2-1 in singles for the Panthers.

Graber and Richardson are the only Palo Verde starters with previous state tournament experience and have never missed a match during their high school careers.

Graber, who won a doubles title last year with graduated Isabella Shelton, said she not only wanted to return to state and help the Panthers vie for their fourth team championship in five years, but because she wanted her younger teammates to experience the atmosphere.

“It’s not just for me, I want all the people that haven’t had the experience of being in state and playing in the state tournament to actually have that experience,” said Graber, who is orally committed Hawaii-Hilo. “It’s just really important to me. I just think it’s a good high school experience that everyone should do.”

Karissa Matthews and Lauren Soong were 2-1 in doubles for the Gaels, and teammate Angelique Friedrich was 3-0 in singles.