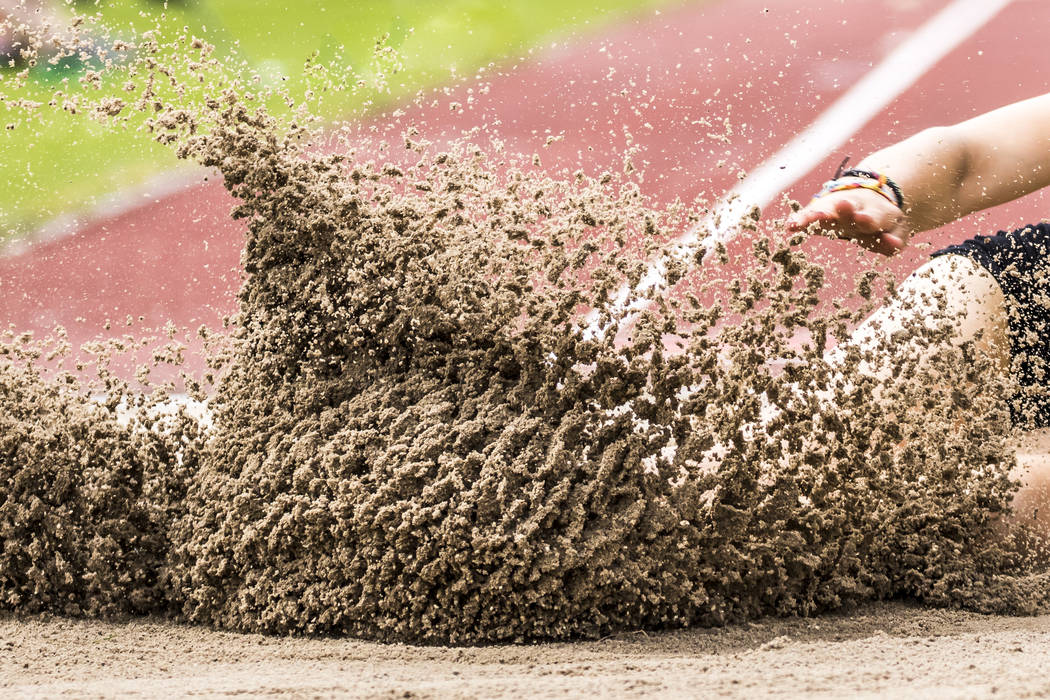 Michael Canada won a pair of events on Thursday to lead the Spring Valley boys track team to a narrow home victory in a three-team meet.

Chaparral’s Christian Cayetano won the 110 hurdles (20.5) and ran on the winning 400 relay team, and teammate Victory Sanchez won the shot put (39-2½) and was second in the discus.