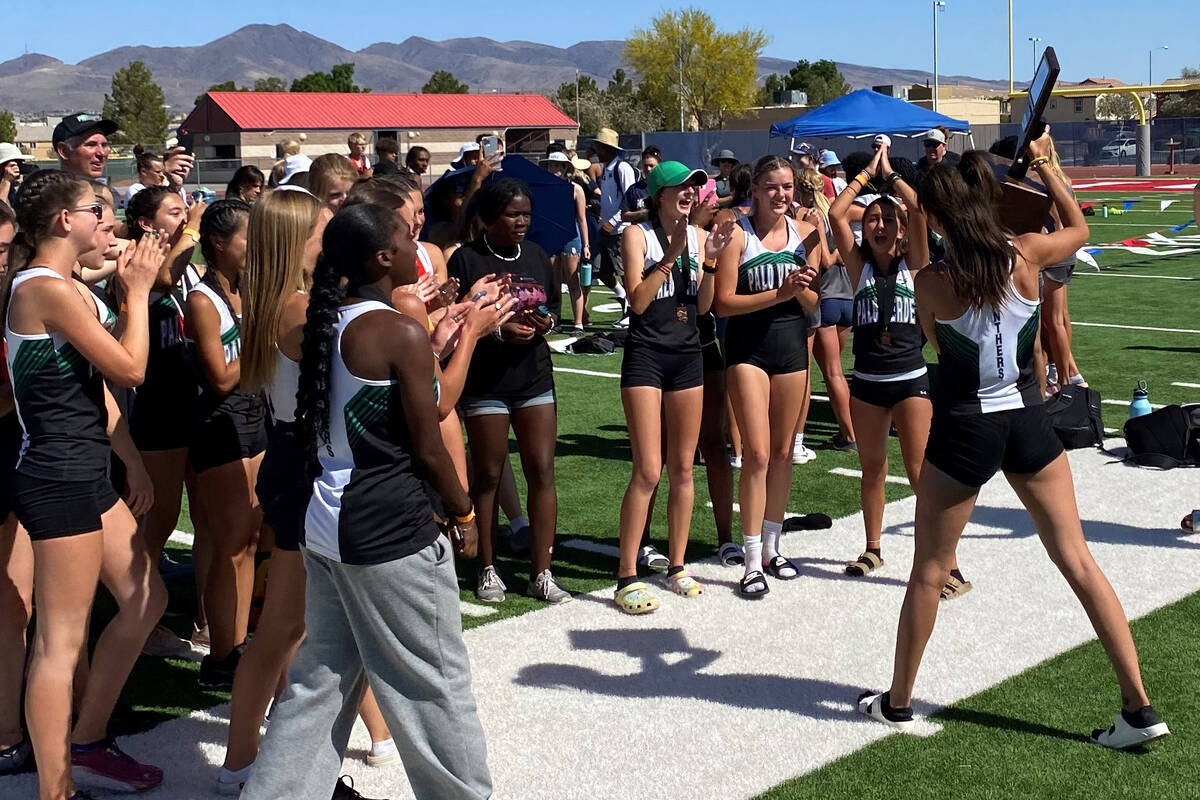 Palo Verde's Alexandra Zuppas walks the trophy back to her teammates after the Panthers won the Class 4A state track and field championship Saturday at Liberty High. (Jason Orts/Las Vegas Review-Journal) 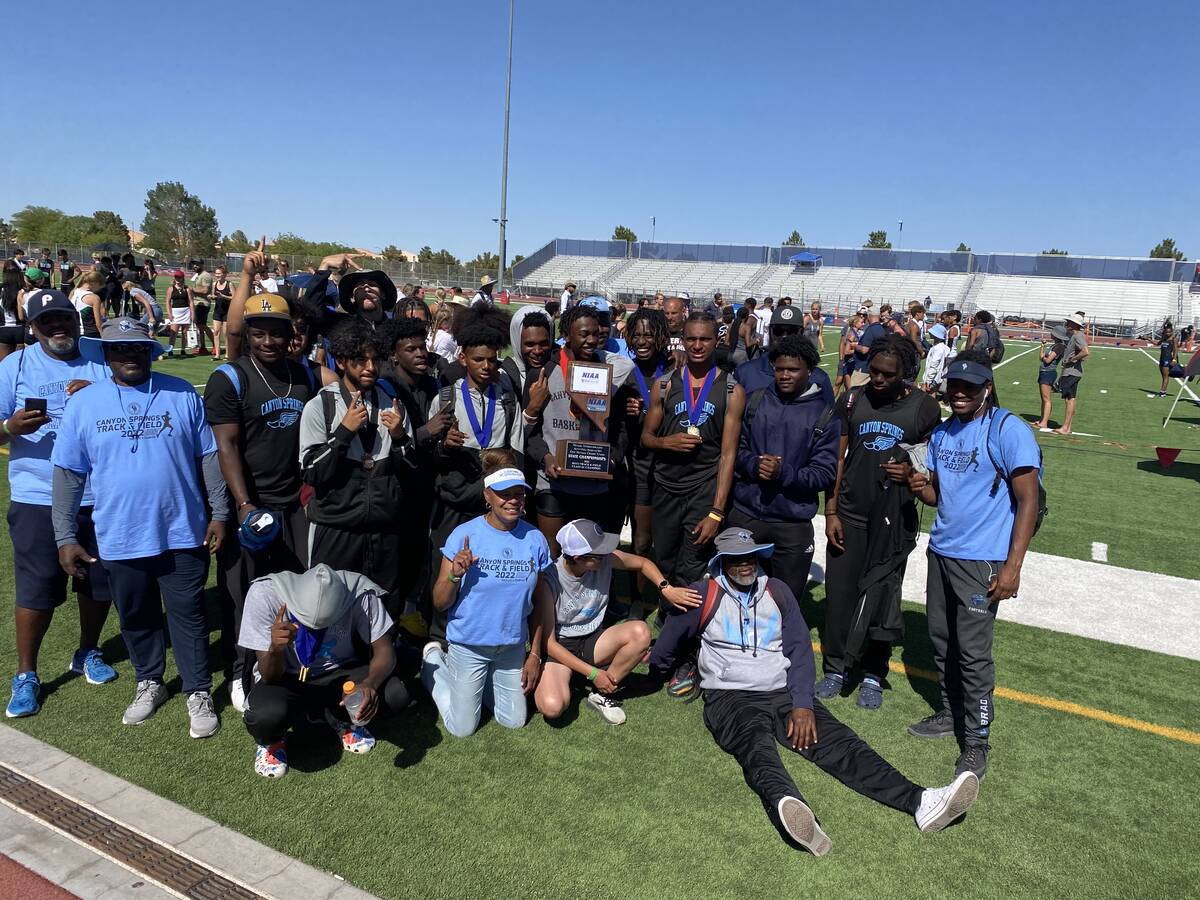 “I’m going to refer to (the movie) ‘Anchorman.’ I was a basket case of emotions the whole day,” Palo Verde coach Nick Meis said. “My stomach is finally unknotting itself. It was just nerves all day.”

Canyon Springs coach Michael Dexter said Saturday was a full-circle moment, as he coached two of his sons to state championships 40 years after winning one as an athlete with Clark in 1982.

“Last year we had seven athletes. This year we had about 30,” Dexter said. “We got in the weight room, and the guys bought into the program. My hurdle coaches and throwing coaches, I let them do their job, we put it together and we have a state championship.”