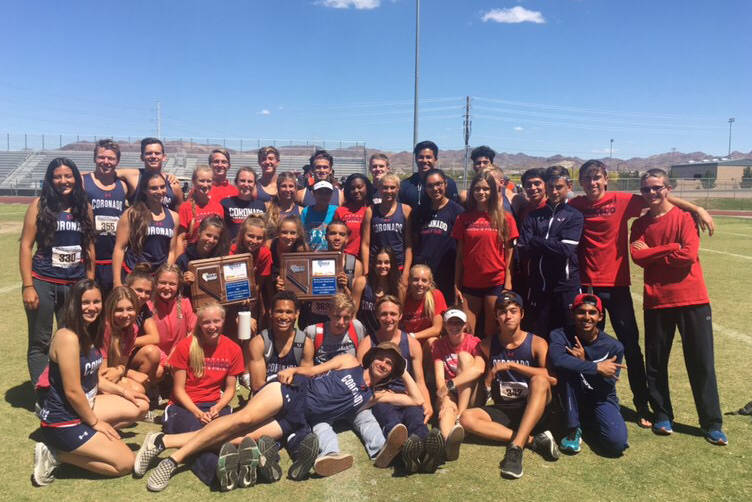 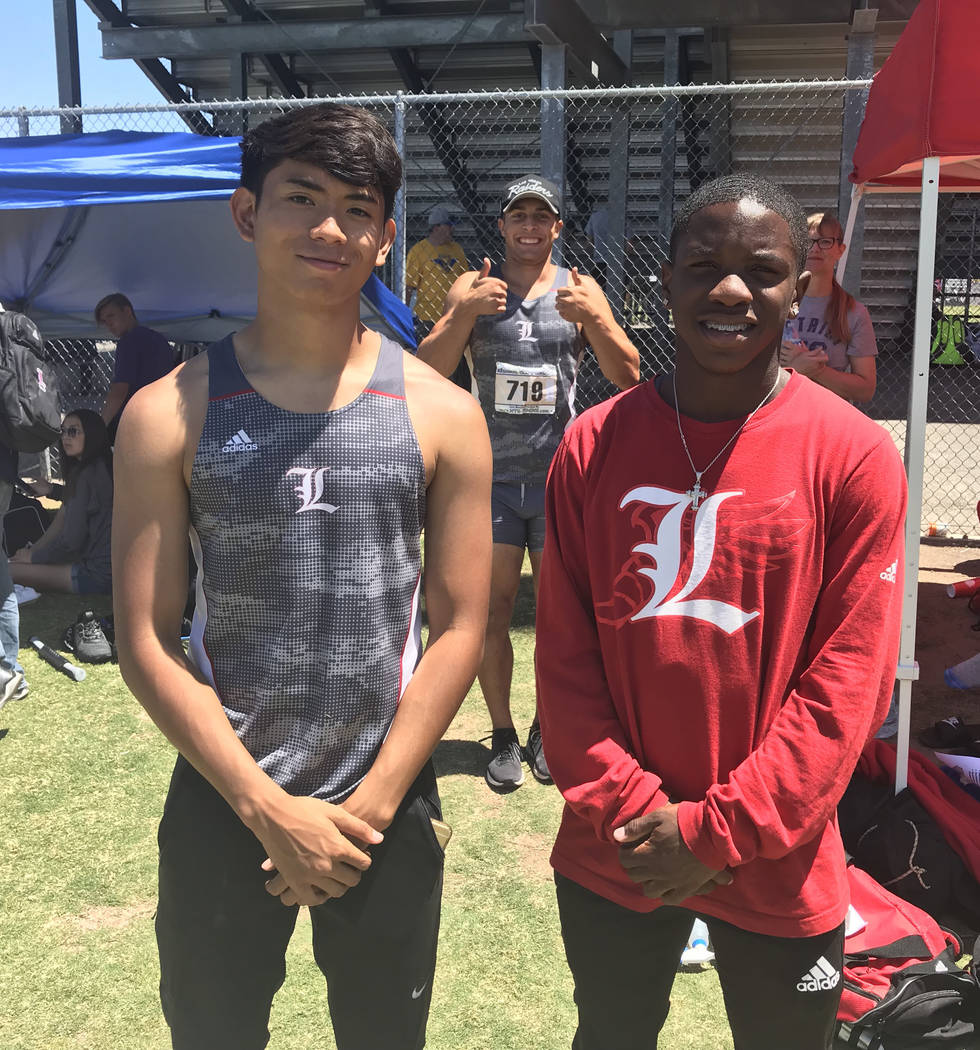 Liberty sprinters coach Jason Lam knew he could have a special 400-meter relay team before the season started.

All it required was a little bit of persuasion.

And a whole lot of practice.

The Patriots foursome of David Leathers, Tyeese Blackman, Rudy Distrito and Cervantes White won the Sunrise Region championship in 42.84 seconds at Basic High School on Saturday afternoon to clinch a berth in Reno for the Class 4A state track meet this weekend.

“This team came out of nowhere,” White, the anchor, said after the race. “It surprised us actually, and we just ran with it to be as best as possible.”

White, who doubles as a Division-I football recruit, did not plan participate in track and field this season. But Lam convinced him the sport would improve his speed and explosiveness.

White also qualified for state with a second-place finish in the 200, and emerged as the Liberty’s top sprinter throughout the course of the season.

He enjoys both, equally.

The Cougars boys and girls both won region championships on Saturday, scoring 142 and 125 points respective.

“Our goal was to be competitive this year,” Cooper said. “Both groups of kids had a lot of kids step up today.”

The girls relied on strong performances from region champions Emma Schmid, Caitlin Shannon, Spencer Farr and Ellen Wise, who took the 3,200 relay in 10:04.16.

Moore eluded to the depth in the program, and said having a strong group of athletes allowed the coaches to indentify the best events for the Cougars.

They scored points in all but two events during the Sunrise Region meet.

“I think the strength of the team is the balance,” Cooper said. “It started to build throughout the year. We spent a lot of time teaching the kids the importance of everybody doing their job scoring points.”

Those lessons paid off.

—Liberty’s Corey Moore Jr. established a new meet record in the boys discus with a throw of 186-1.

— Rancho’s Teleda Williams won the 100-meter dash in meet-record time of 11.94 seconds, and the 200-meter dash in 24.09 seconds. She also teamed with Amir’a Edmond, Gizelle Reid and Jordan Davis of Rancho to shatter the 400 relay meet record with a time of 46.74 seconds.