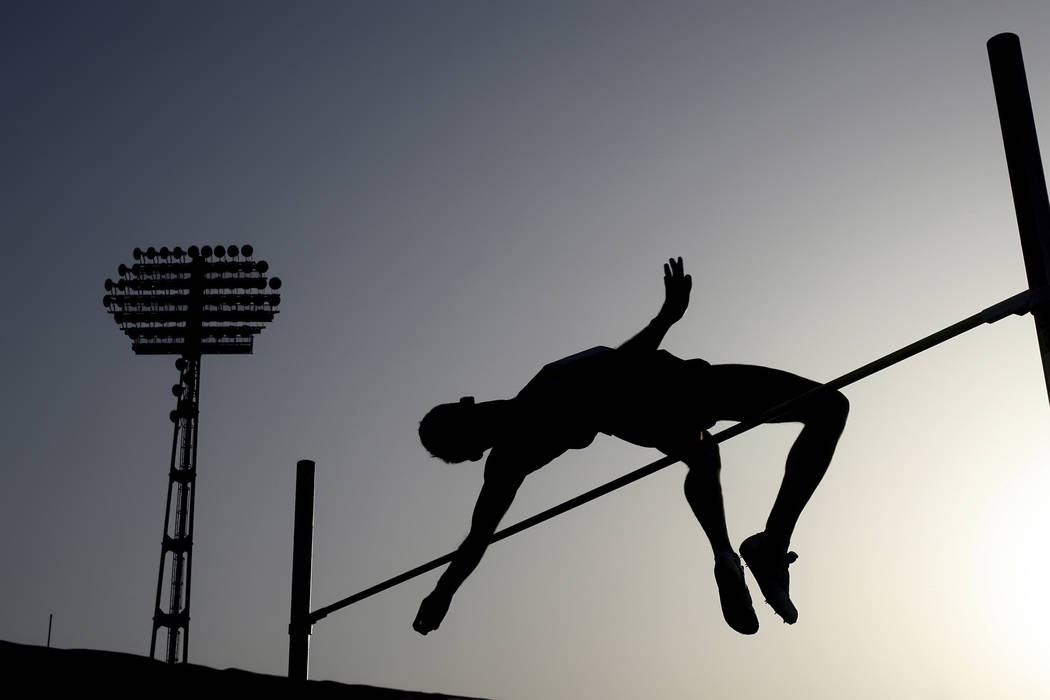 Virgin Valley’s Taua Fiso was second in both the shot put and discus.

Mojave’s David Warren won the long jump with an effort of 20 feet, 7¾ inches and the triple jump with a mark of 43-7¾.

Moapa Valley’s Jerrick Stastny finished second in the 3,200 and ran on the winning 3,200 relay team.

Hannah Watson won two field events and finished second in another event to help Moapa Valley to the girls title.

Moapa Valley had 128 points to lead a 14-team field. Virgin Valley was second with 102. Mojave took third with 95, and Del Sol and White Pine tied for fourth with 76.

Virgin Valley’s Nikita Eskelsen ran on the winning 400 and 1,600 relay teams and was second in the 100 hurdles and the long jump.