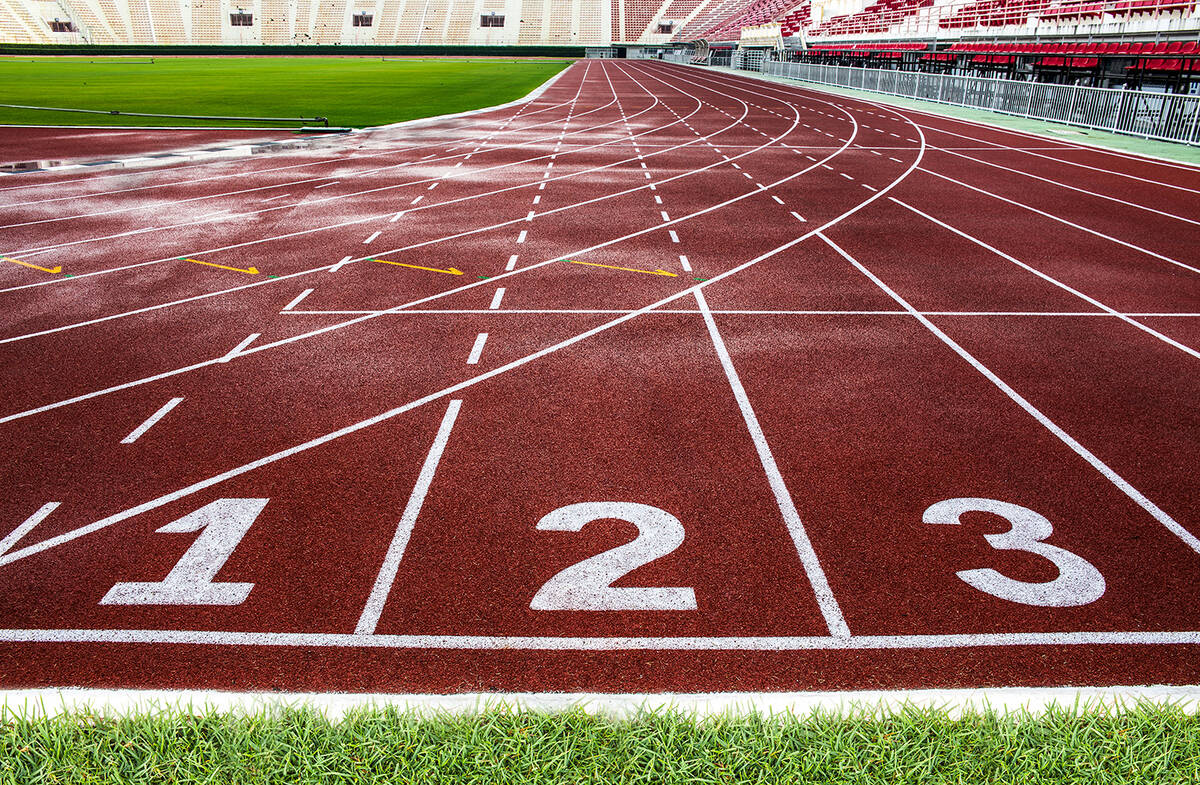 Centennial track and field coach Roy Sessions doesn’t want to put any pressure on his girls team going into the state meet.

His athletes know what is expected of them. He doesn’t need to tell them they’re going for their 10th consecutive state championship.

“We don’t discuss (the dynasty) much, but the kids don’t want to be the group that loses it,” Sessions said. “They’re following in the footsteps of some kids and teams that were dominant.”

The meet started Friday with a handful of events at Reed High in Sparks, but the champions will be decided Saturday.

Centennial was its usual dominant self in last week’s Class 5A Southern Region meet with 180 points, easily outscoring second-place Liberty by 59.5 points.

The boys race figures to come down to the wire. Liberty won the Southern Region meet last week with 113.5 points, but Faith Lutheran, Bishop Gorman and Northern Region champion McQueen are all expected to contend.

As far as competition at state, Session didn’t pick out any particular teams. He simply said if his Bulldogs do what they’re supposed to, they’ll be successful.

“I think there are teams that have the athletes, but they don’t have the numbers,” Session said. “We’re very fortunate to have kids in 14 of 18 events. We’re very diverse where as some teams are sprint, distance or field heavy.”

One of the Bulldogs’ leaders is Zoey Bonds, a familiar last name in the state. In fact, the Bonds family had so much success over the years, it’s become synonymous with success at Centennial and given the Bulldogs what has been known as the “Bonds factor.”

Zoey, the last of four siblings to come through the Centennial program, will continue her career at Brigham Young. Last week at regionals, she won four events – the 100 and 300 hurdles, high jump and long jump.

“They’re amazing athletes, and it’s an amazing family,” Sessions said. “They all contribute and work hard, and they’ve helped our team have success.”

Liberty boys coach Kory Andersen said he has 32 athletes with him at state and hopes that depth will make a difference.

“We don’t have a lot of star power,” Andersen said. “But we’re built for a meet like (regionals) where we had a bunch of guys spread around finishing fifth through eighth and collecting points.”

Andersen said it’s going to come down to a few key head-to-head matchups, and he expects three or four teams to be within 10 points of each other for the last event, the 4×400-meter relay.

“It should be a lot of fun because of the close competition,” Andersen said. “It could come down to which teams can scrape up a point or two here and there in as many events as possible. We also have to be disaster-proof. Finish all the relays and individual events and make sure we get a mark in field events.”