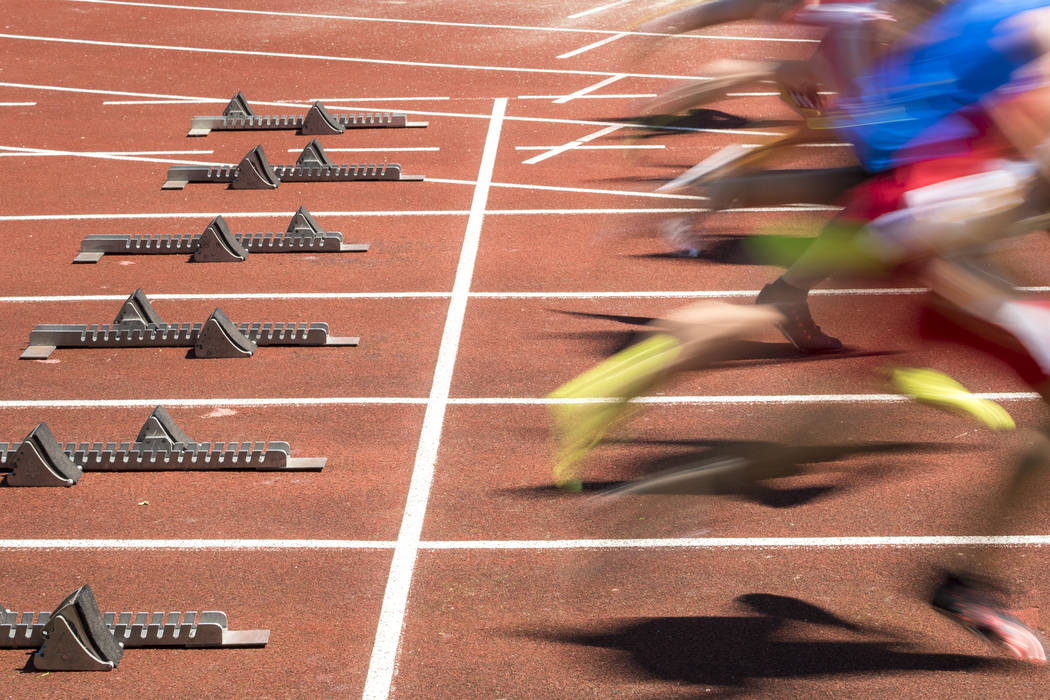 Nevada’s state track meets still are a little less than a month away.

But if this weekend was any indication, Rancho’s girls sprinters may want to make a little room on the mantle.

Rancho’s Teleda Williams and Gizelle Reid set the top two times in the state so far this season in both the 100- and 200-meter dashes and helped the Rams’ 400-relay team to another lopsided victory in the Skyhawk Invitational at Silverado.

The duo teamed with Amir’a Edmond and Jordan Davis to win the 400 relay in 46.53, nearly three seconds ahead of second-place Desert Oasis. That quartet has broken 47 seconds three times this season. According to Athletic.net, no other Nevada girls 400 relay team has had a time faster than 49 seconds this season.

The sprinters helped the Rams to a fourth-place finish in the meet.

Buoyed by a strong showing from its middle distance runners, Sierra Vista won the girls meet with 97 points. Green Valley was second with 72 points. Desert Oasis (69½), Rancho (68) and Coronado (48) rounded out the top five.

Sierra Vista’s Sarriah Brown won the 800 in 2:16.16, and teammates Emma Zeigler and Audra Billingsley finished second and third. Zeigler, Brown and Billingsley teamed with Kennedy Land to win the 3,200 relay and helped the Mountain Lions to a second-place finish in the 1,600 relay.

Eldorado’s Devyn Swain won the long jump with an effort of 16 feet, 11¼ inches. She finished third in the high jump and fourth in the triple jump.

Timothy Conaway ran a leg on the winning 3,200 relay team and the second-place 1,600 relay team to help Coronado to the team title with 73 points. Desert Pines was second with 67 points. Sierra Vista took third with 58, followed by Arbor View (55) and Liberty (50).

Las Vegas’ Marlon Harrison won the triple jump (43-11) and was second in the long jump.