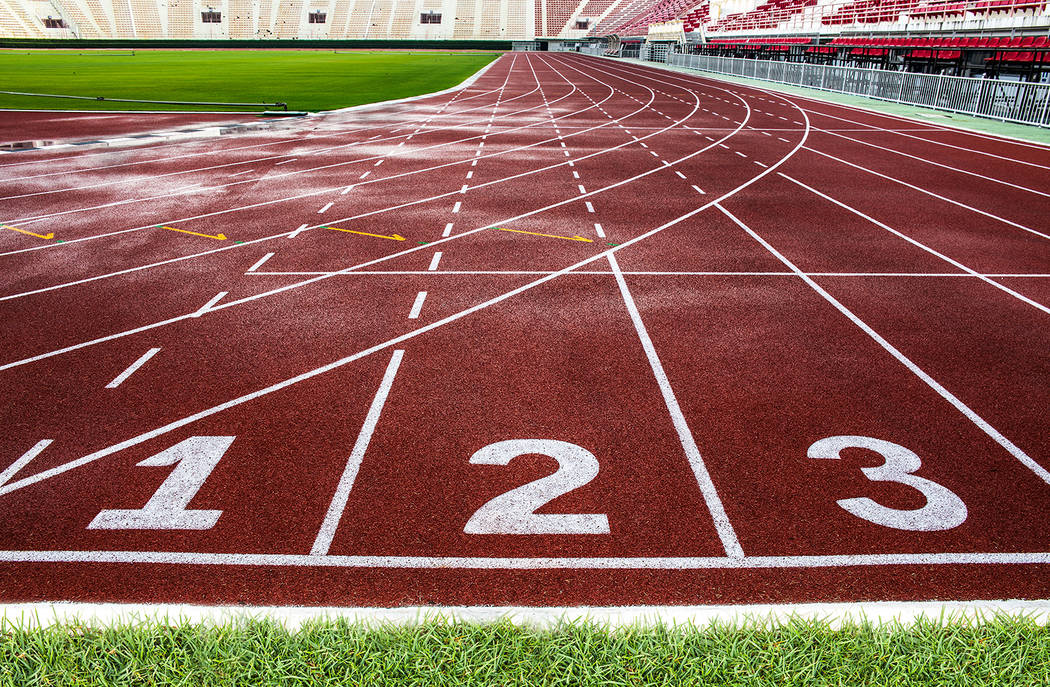 Lexie Potts won the long jump with an effort of 14 feet, 11 inches and the triple jump with a mark of 31-3 to help Coronado to a total of 141 points. Foothill was second with 92, followed by GV Christian with 10½ and Calvary Chapel with 3½.

At Foothill, Justin Neubeck and Victor Pampuch each won two individual events to help the Falcons lead a five-team meet.

The Falcons have a team total of 122½ points. Coronado has 122, followed by Spring Mountain with 52½, Calvary Chapel with 13 and GV Christian 7. The meet will conclude Tuesday with the pole vault the lone remaining event.