If you are having problems accessing today’s e-Edition, please click on this link VIEW E-EDITION
Las Vegas Review-Journal
March 19, 2019 - 9:47 pm 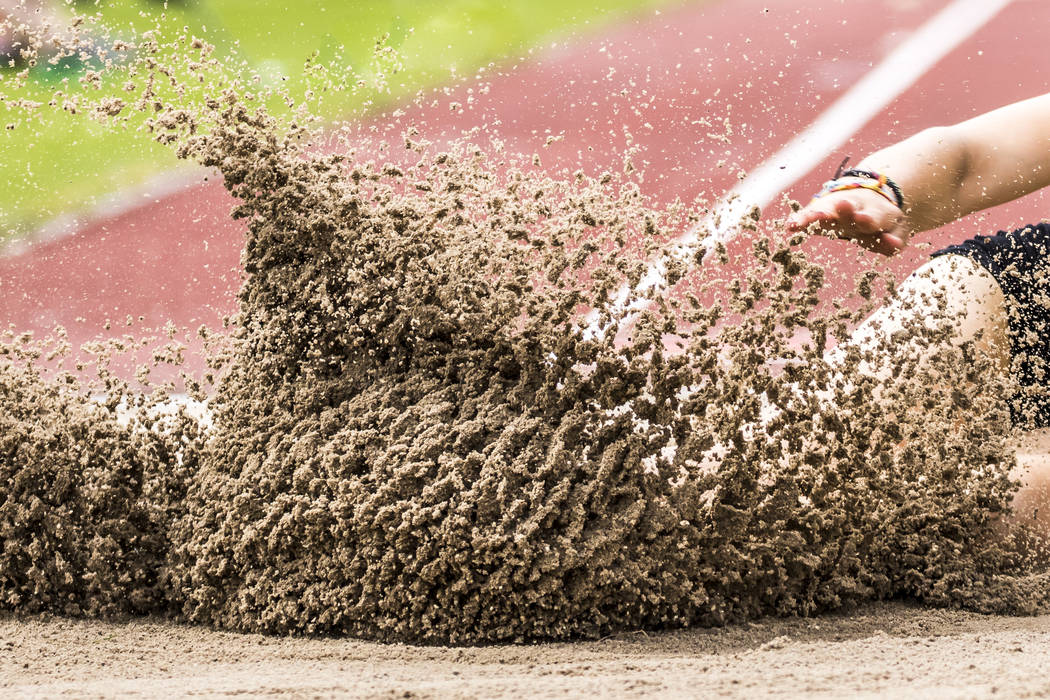 Makayla Rucks won the long jump (15-4½) and was second in the triple jump for the Aggies, who had 86 points.

Shadow Ridge had 60, and Bonanza finished third with 32.

Bonanza’s Cindylou Rasiang won the shot put (30-10) and was second in the discus.

At Cheyenne, Aniya Smith and Renee Smith each won two events to lead Rancho to victory in a four-team meet.