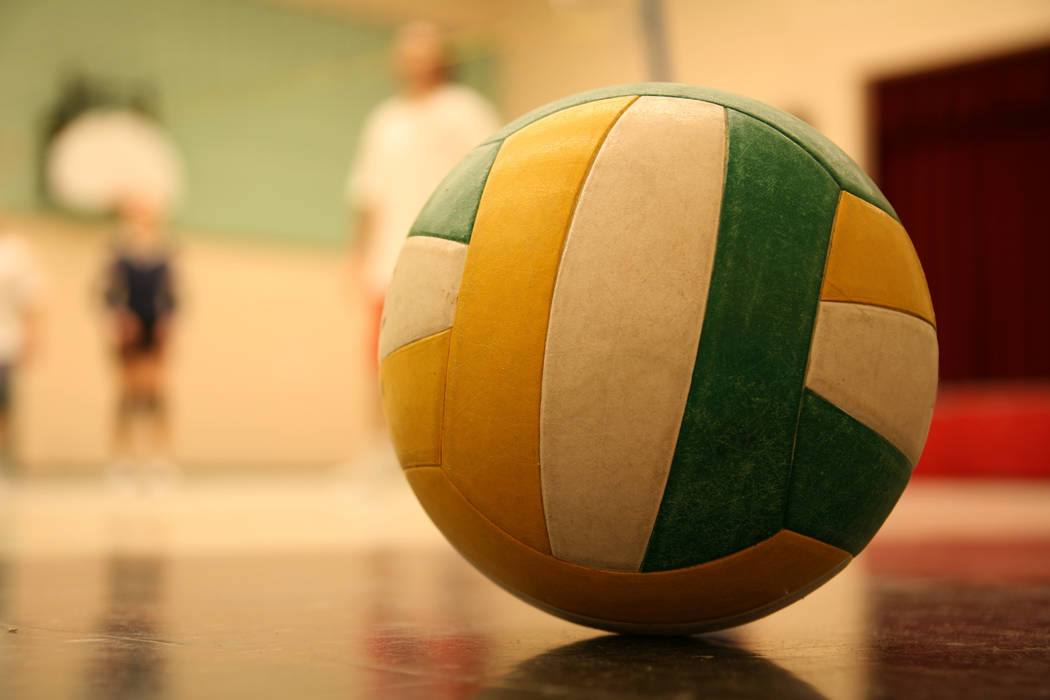 Basic’s boys volleyball players congregated in a corner of Foothill’s gymnasium, and celebrated the fact that there’s practice on Wednesday.

Their season will continue.

For at least two more days.

“We’re peaking right now in the season,” Basic coach Dennis Muaina said. “We practiced really hard against what we they did. And so it was a matter of a good practice and us peaking at the right time.”

Muaina said he wanted to neutralize Liberty’s hitters, and Basic did just that with a surgical performance in the first set. The Wolves dominated the early part of the second set, too, grabbing a 13-2 lead, and held off the Patriots, who came rallied to tie at 18.

“When we play as a team and play our game, we play great,” Basic outside hitter Trevor Robbins said.

Liberty (15-15) bounced back to claim the third set, but the Wolves were too good in the fourth set. Robbins was dynamic with a series of explosive kills, and Basic’s front row stifled the Pariots hitters.

“We had to work through a lot of personnel changes,” he said. “We actually changed our defense and our offense. Because we changed that, everything is going the way that we practiced.”

Richard Reid added 13 kills for Foothill, and Caleb Stearman had 11 kills and 20 assists.

Brennan Berti had 18 kills for Rancho (15-17), and teammate Jesus Gonzalez had 13 assists.

Jorge Hernandez and Leadner Gates each added eight kills, and Gerardo Lopez-Carpio had five blocks for Las Vegas. Hernandez also had 15 digs for the Wildcats (25-17), who will host Coronado (23-18) at 7 p.m. Thursday.