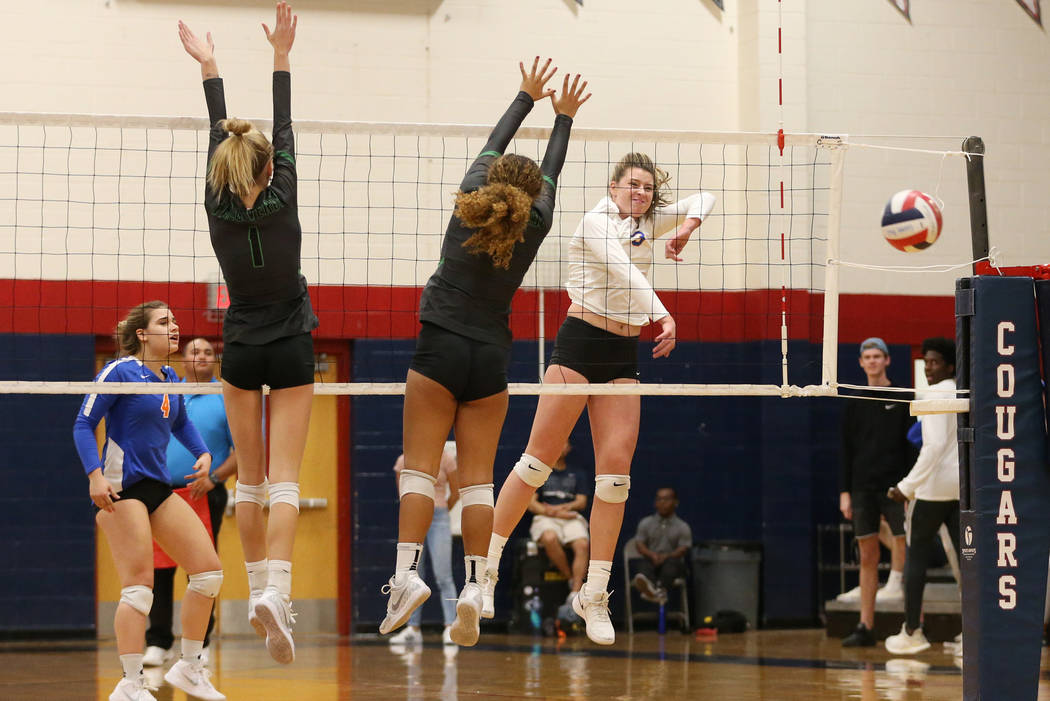 Last year, Bishop Gorman was a dominant force, rolling to the state championship without dropping a set in any of its last 14 matches.

Some valley coaches thought coming into the season there was more parity, despite the fact they still listed Gorman as the favorite. The Gaels did hold up their end, claiming the Desert Region tournament championship with a five-set victory over Durango. That avenged a regular-season loss to the Trailblazers that had them as the No. 2 seed entering the tournament.

Durango swept Rancho in the state tournament opener Tuesday and will meet Bishop Manogue in the second round Thursday. The winner of that match will face Palo Verde, which ran through the Mountain Region regular season undefeated and won the tournament, in the semifinals at 6 p.m. Friday. Gorman will face Reno in the other semifinal at 8 p.m. Friday.

The championship match is set for 2 p.m. Saturday. All of the matches will be at Faith Lutheran.

Let’s take a quick look at the Southern Nevada teams that will be participating in the state tournament this weekend.

Tommi Stockham: The senior outside hitter has 1,576 career kills, two shy of the NIAA record for a Class 4A player. That mark is held by Durango’s Haley Spelman (2007-08). Stockham has 573 kills with a .468 hitting percentage this season. Her dominance opens up one-on-one opportunities for her teammates.

Experience: The Gaels have been the state’s dominant 4A program over the past three seasons. They won state titles in 2016 and last season. They reached the championship match in 2017 before falling short.

“This team for the past three years has gone to the state final. They know if they’re down, they can come back. We’ve been down 10, 12 points before in games and have come back.” — Bishop Gorman coach Gregg Nunley

Anahua Faitau: The senior setter has 892 assists and 219 digs for the season and directs an offense with four players who have at least 100 kills. Biggest

Balance: The Trailblazers don’t have one go-to hitter, but they have plenty who can get them a kill when they need it. Jaquelin Robinson leads Durango with 320 kills, while Kennedi Steele (253), Bailey Olbur (249) and Aspen Steele (145) also average at least a kill per set played. They also have five players with at least one dig per set.

“We put a lot of emphasis on team, and I think it’s showing at this point of the season. They’re all playing really important roles, and that’s what we’re going to depend on in this tournament.” — Durango coach Amy Schlauder

Arien Fafard: There’s not a more versatile player in the valley than the UNLV commit. Fafard has leads the team with 674 assists, 46 aces and 49 blocks and is second with 180 kills.

Scrappiness: Palo Verde doesn’t have the height with which many of its opponents do, so it relies on keeping the ball off the ground. Four Panthers have at least 200 digs, and a fifth is nine away from that mark.

“It’s the little things (that are big for us). We have to be scrappy and have ball-control because we don’t look like a stereotypical volleyball team compared to the Gormans and some of the others.” — Palo Verde coach Phil Clarke

MOST READ: Nevada Preps
1
‘She’s the one’: McDonald’s selection worth the wait for Spring Valley’s Gayles