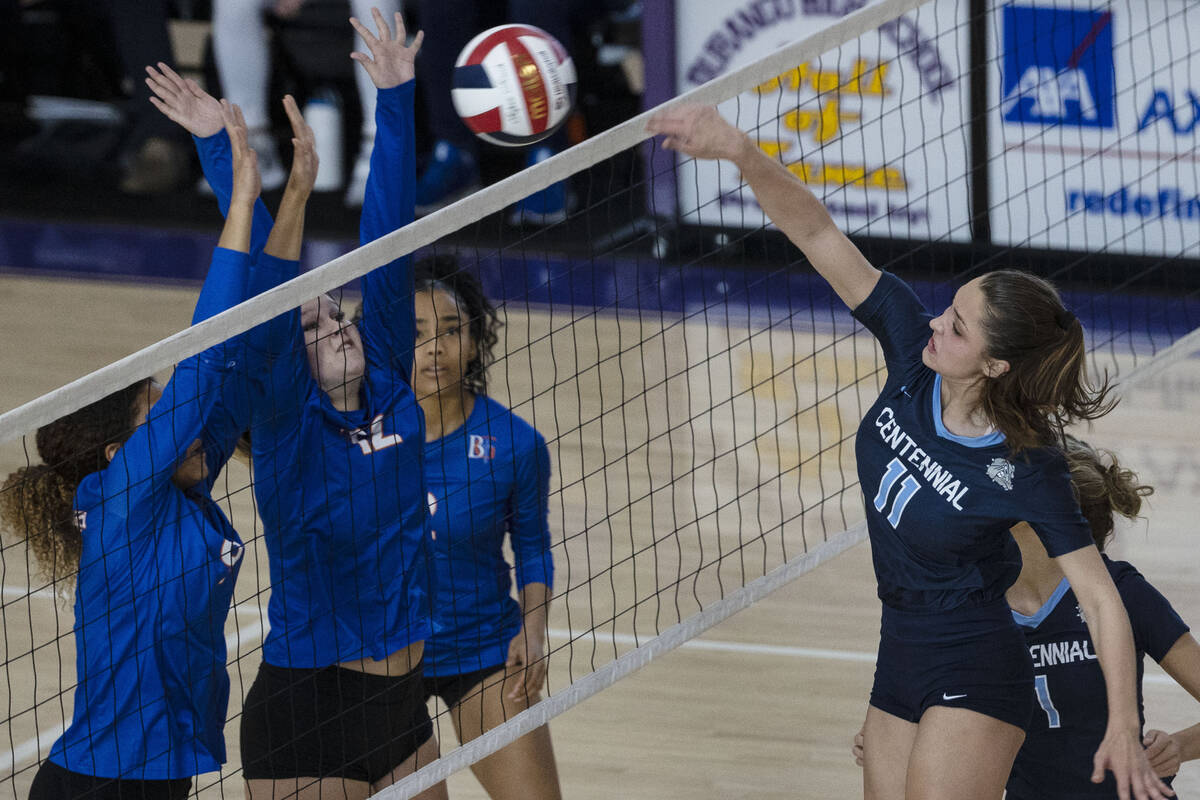 Like a true title fight rematch, Bishop Gorman-Centennial II is on.

The Gaels and Bulldogs will square off at noon Saturday at Faith Lutheran to decide the state championship. This will be a rematch of last week’s Class 5A Southern Region championship, which the Gaels (30-6) swept.

“I could not be more proud of them,” Gorman coach Gregg Nunley said. “The grit, the determination to prove to themselves, that’s what it’s been. It hasn’t been to show anybody else, but themselves, that we can leave on top and we can come back to set us up for this opportunity to play for another state championship.”

Gorman has been the class of the state, winning three of the last four state titles, including the last two. Meanwhile, Centennial (14-21) is a program on the rise, scraping through the playoffs under the direction of first-year coach Kendalyn Hartsock.

The Gaels survived a late Huskies rally in the first set, and then had to come back from an early deficit in the second set. From there, Gorman was in control.

Centennial showed its never-say-die attitude Friday night, bouncing back from a rough first set defeat, winning the next two sets. After Bishop Manogue forced a fifth set, the Bulldogs clawed their way to victory, earning a spot in the state title game.

Charlece Ohiaeri had a team-high 14 kills, 30 assists and 13 digs for the Bulldogs. Laura Rosengren finished with nine kills, 23 assists and five digs on the night. Zoey Bonds had three total blocks on the night, as well as five kills and seven assists.

Hartsock said Centennial learned a lot from previous matchups with Gorman, and the Bulldogs are eager for the challenge.

“The girls have worked hard all year,” Hartsock said. “They’re learning to be tough and mentally composed in tight situations.”