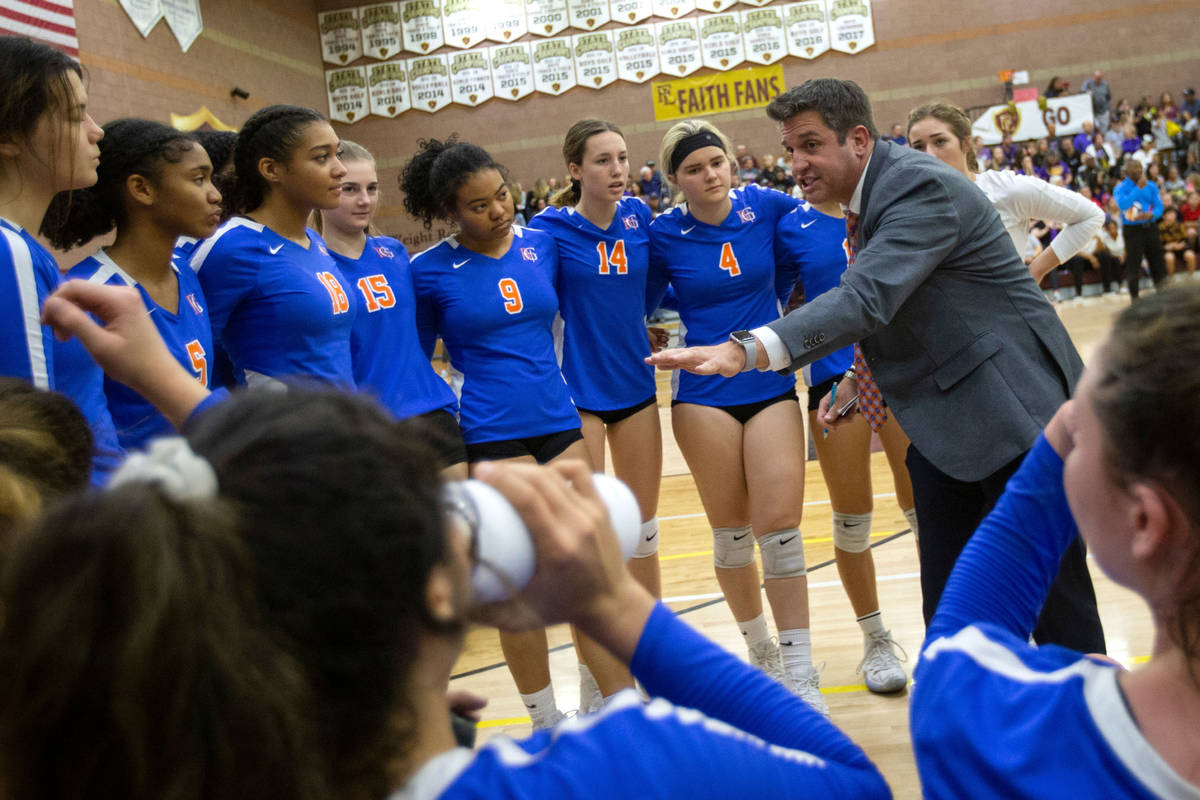 Not when the Gaels have Taylor Jefferson on their side.

“I think between the first set and last three sets there was some maturity level (shown),” Gorman coach Gregg Nunley said. “Starting the match with four freshmen on the floor and changing it up with people who are used to being in a state final helped us.”

Jefferson and Julianne Carlat have state championship experience, and Carlat had nine kills and a block. Junior Sophia Ewalefo added 15 kills and three blocks and was the Gaels’ go-to hitter before Jefferson entered the match in the second set. Freshman Ashley Duckworth had eight kills and five blocks.

Freshman Taylor Treadwell started at setter for Gorman (2-0) in place of junior Caroline Edgeworth, out with an ankle injury.

Adding more experienced firepower to the younger Gaels helped make it more difficult for a Faith Lutheran team that took the first set largely with its passing.

“Gorman stepped up their tough serves, and we dropped off in set two,” Faith Lutheran coach Amy Fisher said. “We started to climb out of the rut by the time we got the fourth set and started passing better, but it was a little too late when we started to get back in that rhythm again.”

Seniors Isabelle Guerrero and Claudia Grepke took the most advantage when the Crusaders had their rhythm. Guerrero had 14 kills, and Grepke finished with 10 kills and 10 digs.

After the Crusaders (4-1) took five of the last six points to claim the first set, the Gaels bounced back by starting the second set with an 11-3 run. Gorman scored five straight points in the third for a 15-7 lead and grabbed seven of the first 10 points of the fourth to take control.

“It’s always a good thing to play tough competition,” Nunley said. “They’re a very well-coached team. They got a few really good athletes, and they know what they’re doing. It’s nice to be tested, especially when for most of the match we’ve got four freshmen on the floor.”

The teams will meet again next Wednesday at Faith Lutheran.

“I think for both Gorman and ourselves, it was something we were looking forward to,” Fisher said. “We did pretty well. We had our down moments, and we know what we need to work on before we see them a week from today. Hopefully we’ll improve.”