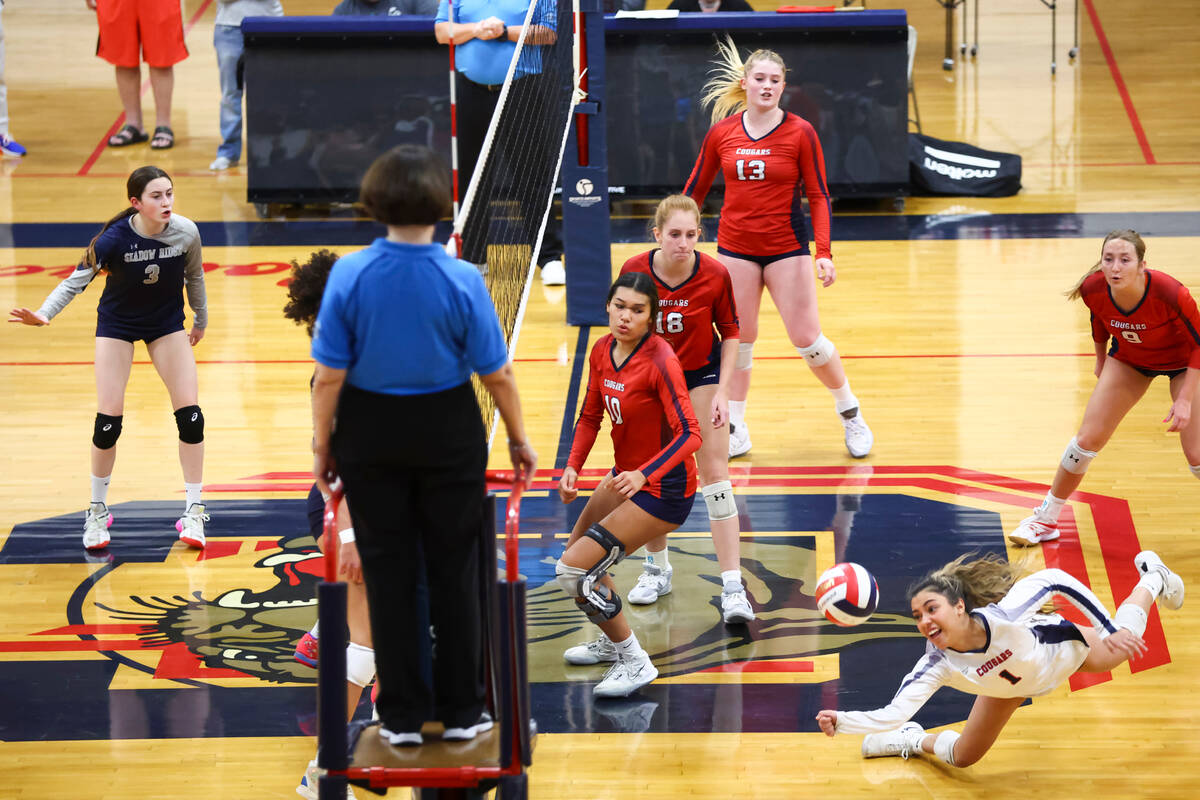 Coronado's Mia Arambula (1) dives to make a save against Shadow Ridge during a volleyball game at Coronado High School on Monday, Oct. 31, 2022, in Henderson. (Chase Stevens/Las Vegas Review-Journal) @csstevensphoto 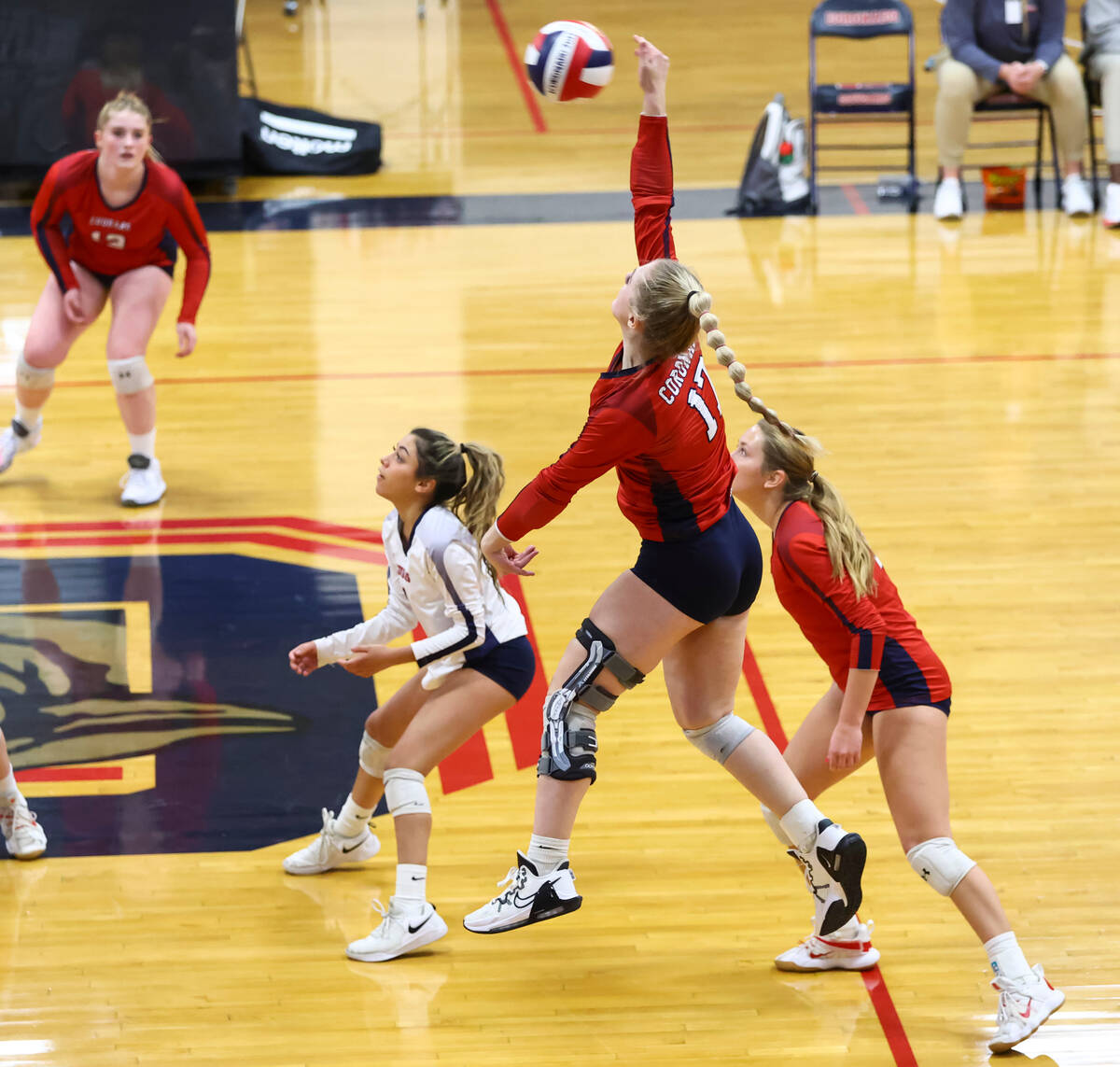 Coronado's Angelina Sayles (17) looks to send the ball over the net against Shadow Ridge during a volleyball game at Coronado High School on Monday, Oct. 31, 2022, in Henderson. (Chase Stevens/Las Vegas Review-Journal) @csstevensphoto 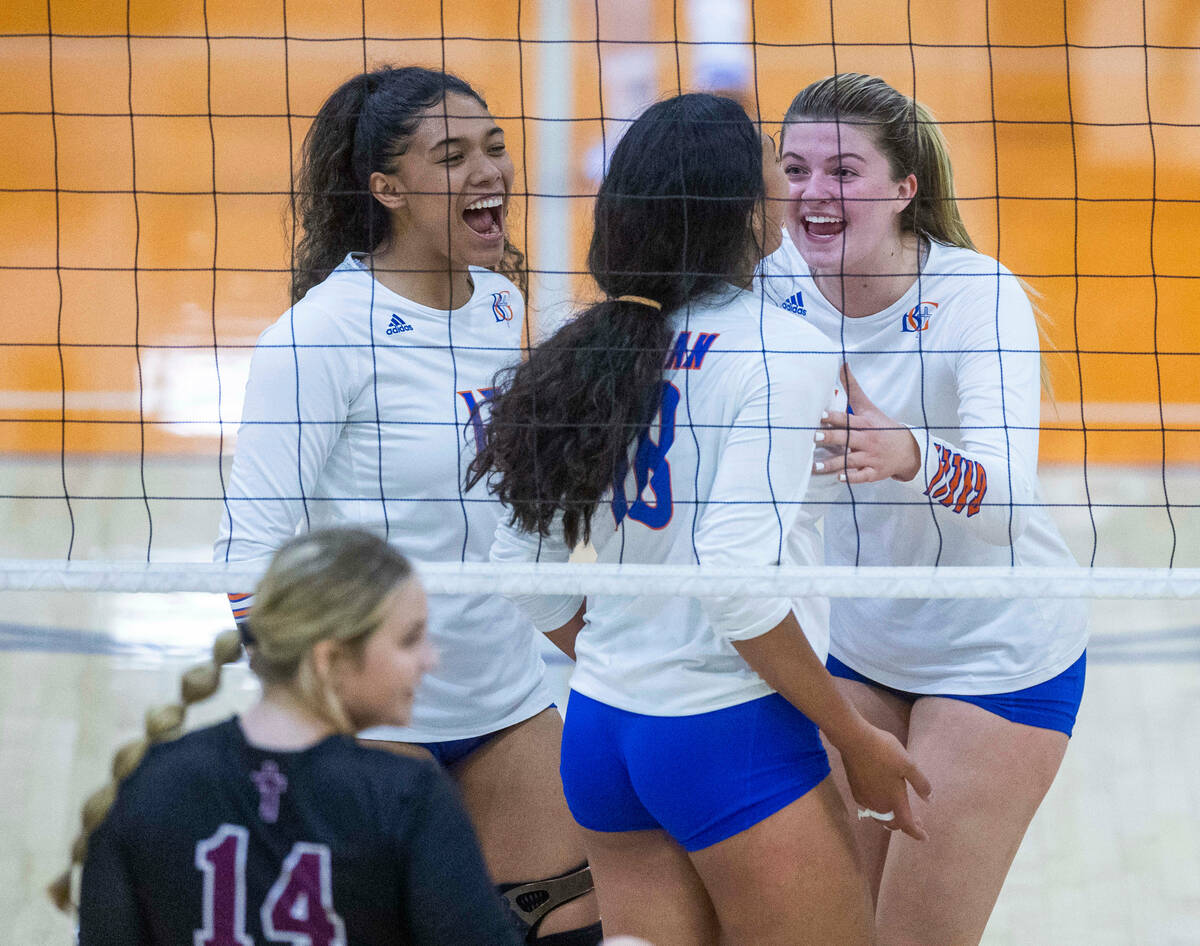 Bishop Gorman's Leilia Toailoa (18) is congratulated by teammates on a kill shot past Faith Lutheran during the first set of their NIAA volleyball match on Tuesday, Sept. 27, 2022, in Las Vegas. (L.E. Baskow/Las Vegas Review-Journal) @Left_Eye_Images 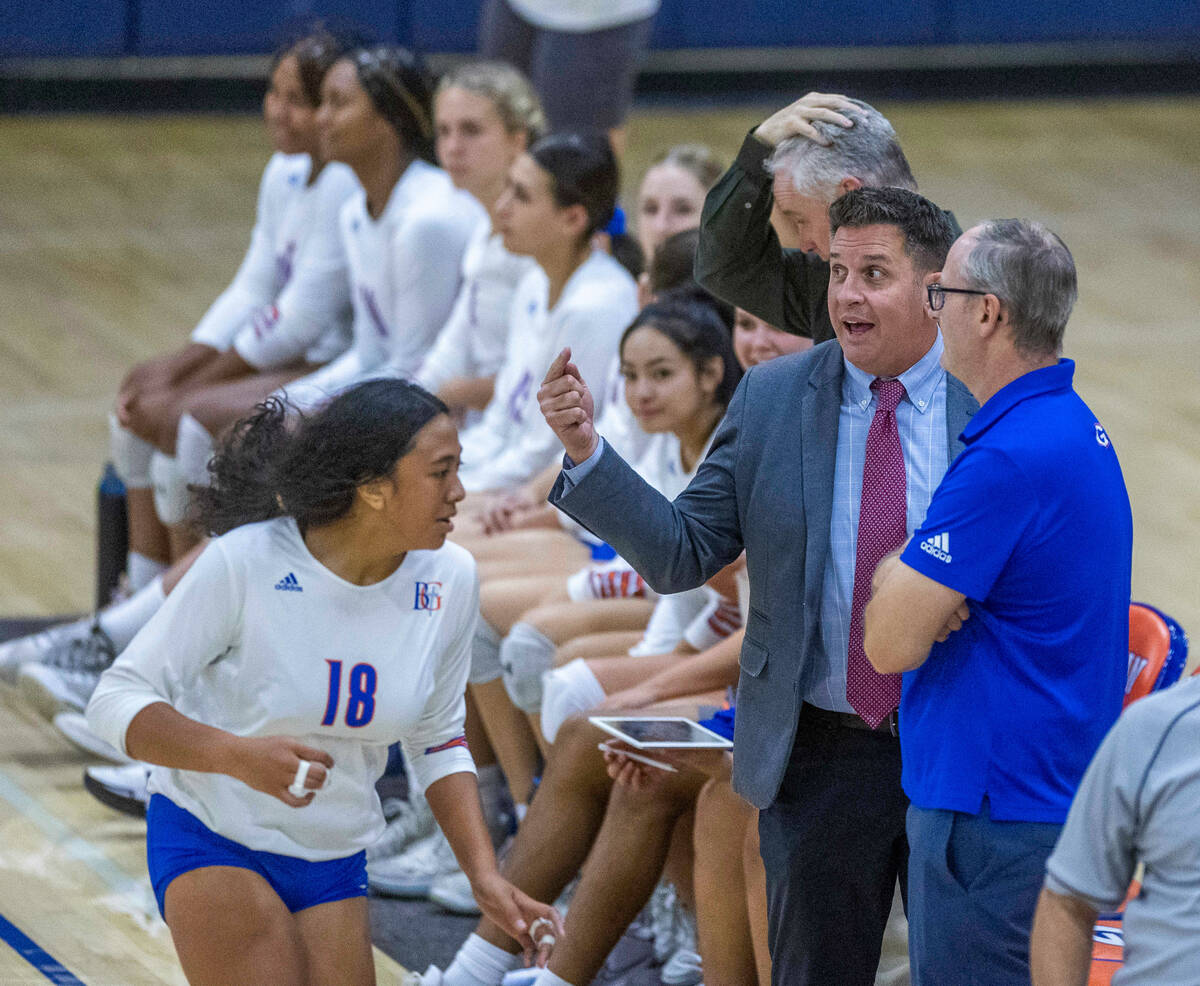 The Cougars went toe-to-toe with Fayetteville (Arkansas), which is ranked No. 5 nationally by MaxPreps, at the Durango Fall Classic on Sept. 16. Coronado lost 2-1 in a three-set match, dropping the final set by two points.

The Cougars (27-5) are the No. 1 seed heading into Friday’s Class 5A girls volleyball state tournament after winning the Southern Region title Saturday over Bishop Gorman in three sets.

Coronado will face Bishop Manogue at 5:30 p.m. at Hug High School in Reno. Gorman (25-12), the reigning state champion, will play Northern champion Reno at 7:15 p.m. in the other semifinal. The championship game will be at noon Saturday.

Johnson said he’s been impressed with how his team has handled adversity during the season and overcame early deficits to earn comeback wins. He cited the progress his juniors and seniors have made from last year to learn from their past mistakes.

The Cougars face a potential rematch with the Gaels, who defeated Coronado in five sets in the regular season, in the state championship game.

Gorman coach Gregg Nunley said that even though he has a young team with one starting senior, this team is more balanced than previous offensively oriented teams. He said he believes the experience of winning a state championship last year will pay dividends.

“They aren’t taking it lightly, but they also know what it feels like to compete at this level and to win a championship,” Nunley said.

Coronado and Gorman have to worry about their semifinal games before a potential third meeting, and neither Johnson nor Nunley are taking their Northern opponents for granted.

“At this point of the season, there’s still a lot to do,” Nunley said. “It doesn’t come easily, and you still have to work for every point. They’re calm and they’re ready.”

Johnson said Coronado’s togetherness on the court has been a strength for the Cougars all season, and that will have to show in the state tournament to win a championship.

“We’ve laid the foundation,” Johnson said. “We’re prepared for this moment and to be on this stage at this time. We just need to go out there and not make anything bigger out of it, just do what we’ve done all season long.”