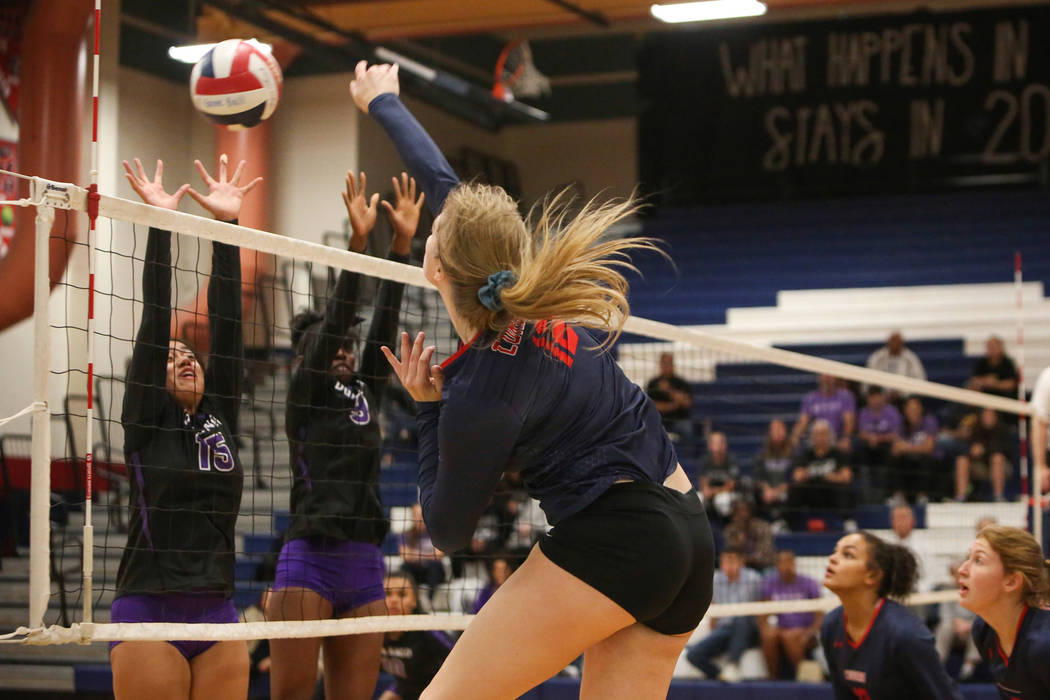 One of the nation’s top girls volleyball tournaments in the country will be played in the valley this weekend.

The Durango Fall Classic, a 64-team event with a mix of schools from the valley and others from all over the country, will be played at four schools Friday and Saturday. Durango, Coronado, Green Valley and Palo Verde will host matches.

“We see it as such a privilege to have a tournament like this at our place,” Durango coach Amy Schlauder said. “It’s become such a great tradition, and it’s amazing to watch some of the top teams in the country battle it out on the second day at Durango.”

Both return this year and are No. 1 and 2 in the USA Today Super 25 rankings. Other ranked teams include California squads in No. 4 Mater Dei, No. 9 Torrey Pines, No. 14 Cathedral Classic and No. 17 Marymount.

The Durango Fall Classic was started in 1995 as a 16-team event by then-Durango coach Bob Kelly, who serves as the tournament director. Schlauder, who played for Kelly in high school, has been pleased to watch it grow over the years.

“This is Bob Kelly’s tournament. He built it, and he gets all the credit for that,” Schlauder said. “His philosophy was, ‘If you’re going to do something, do it right.’”

The four host schools are joined by locals Arbor View, Boulder City, Centennial, Faith Lutheran, Foothill, Moapa Valley and Shadow Ridge. Bishop Manogue will make the trip from Reno as the only other in-state team.

The tournament will begin at 1 p.m. Friday with pool play lasting throughout the afternoon. Qualifying rounds are set for 8:30 a.m. Saturday, with bracket play to follow.

The Las Vegas High boys soccer team is ranked nationally for the first time this season.

The Faith Lutheran girls moved up three spots to No. 10 nationally and remained No. 1 in the local poll. No. 2 Arbor View is the valley’s only other unbeaten team at 8-0-1.