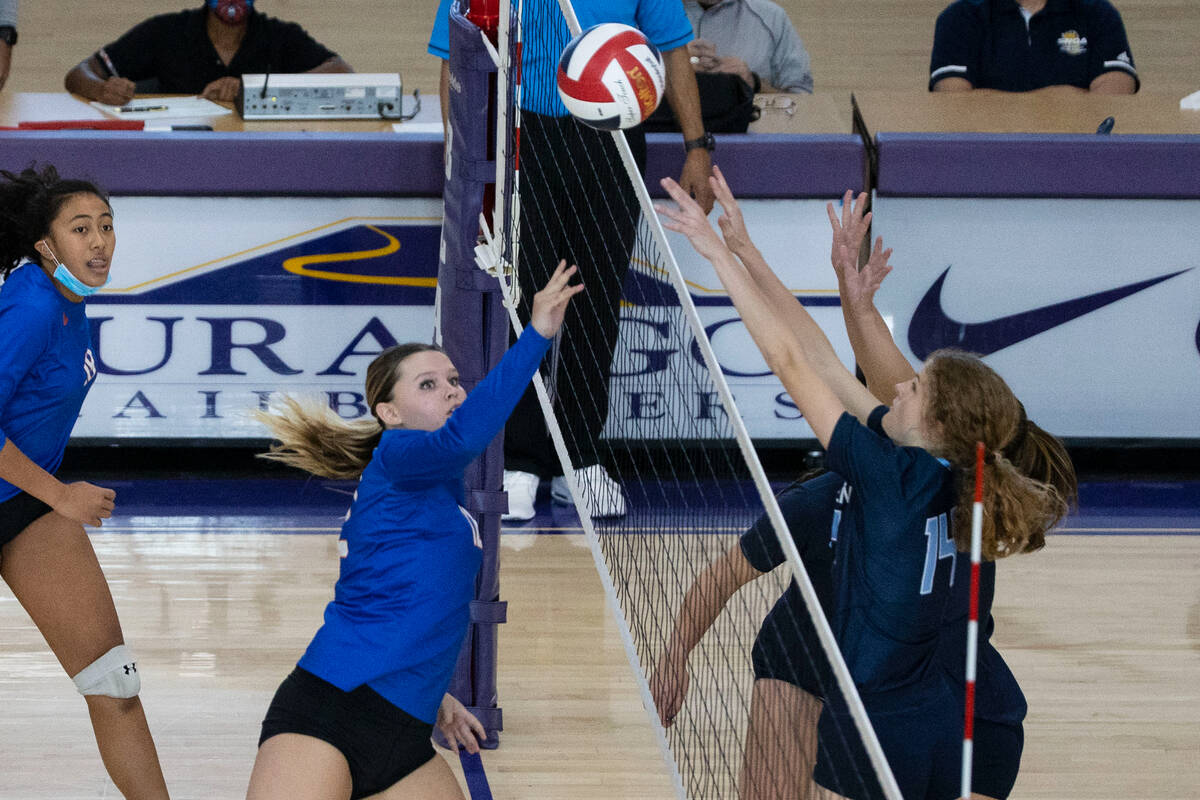 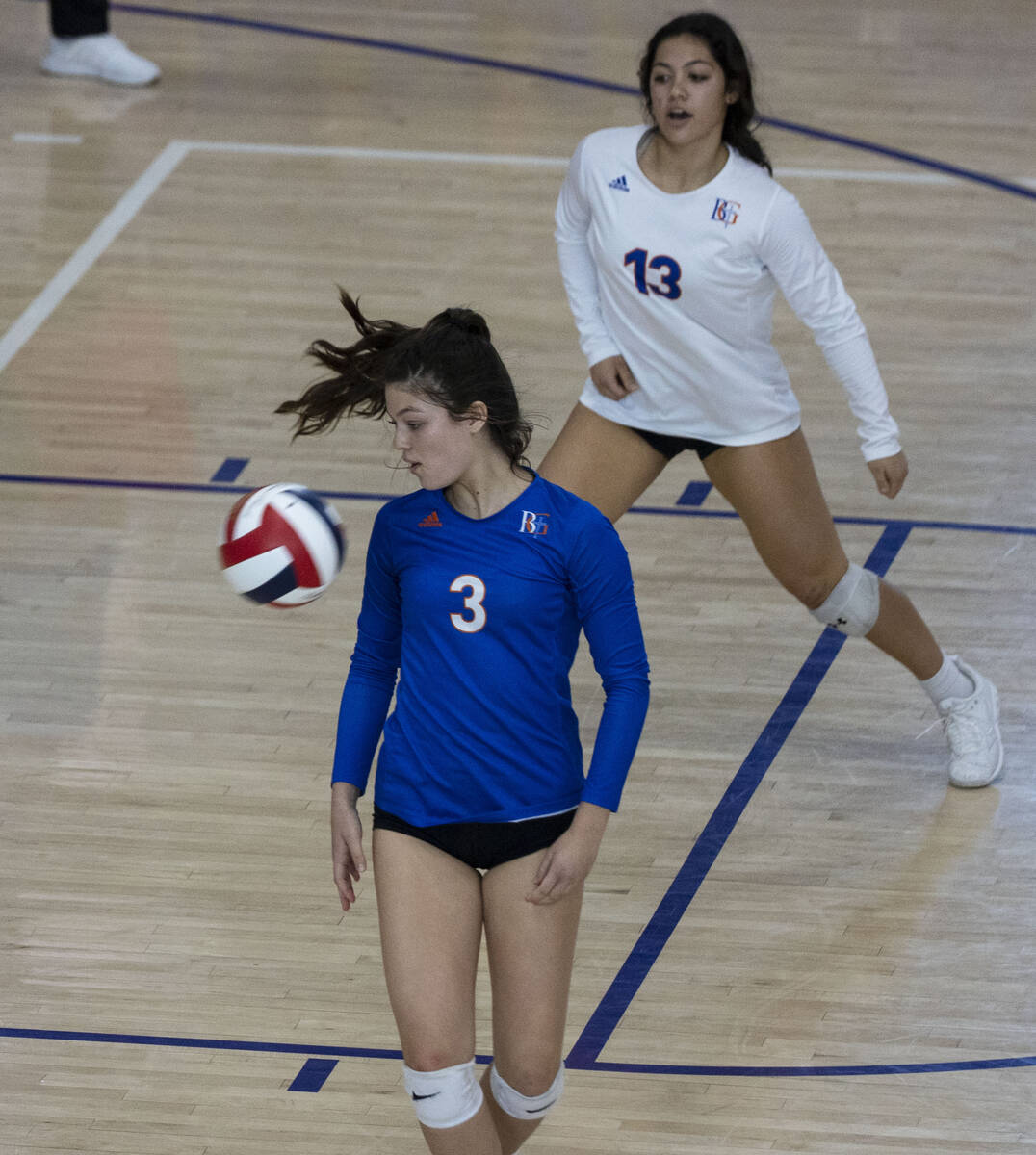 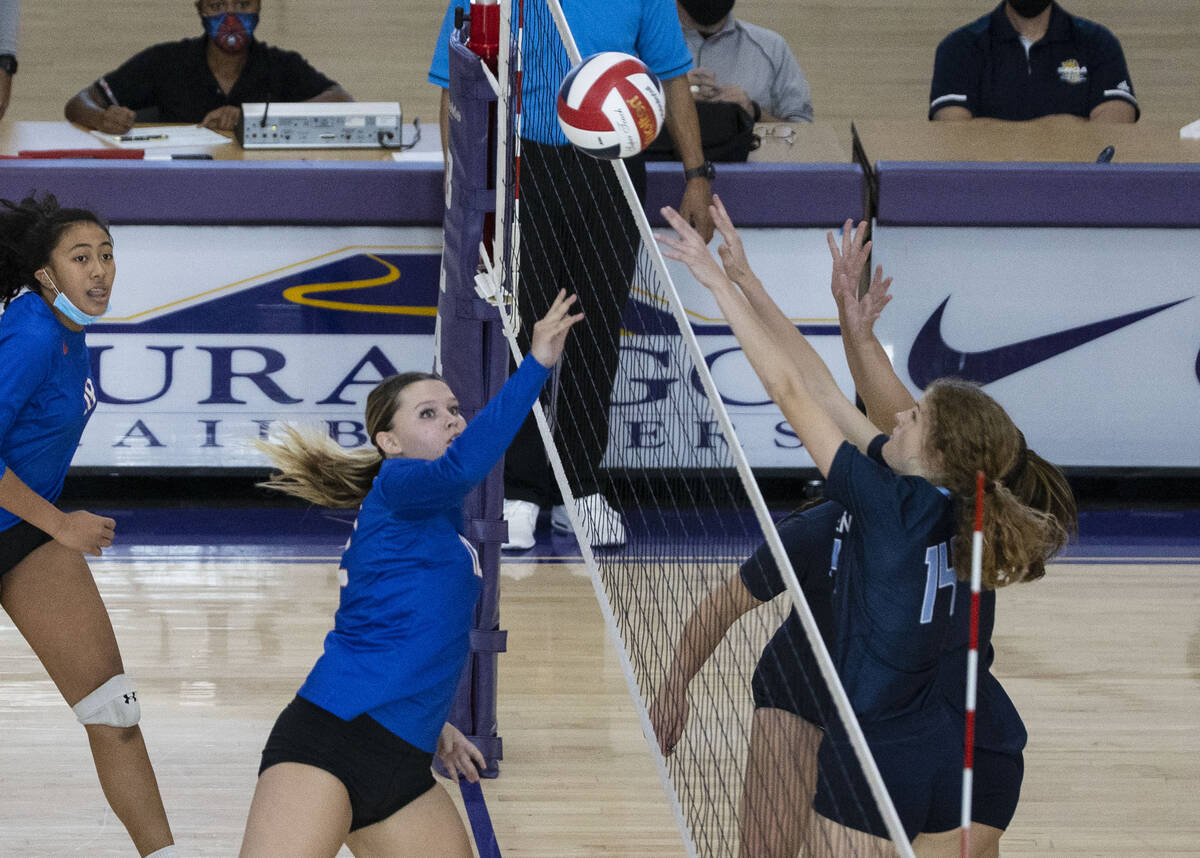 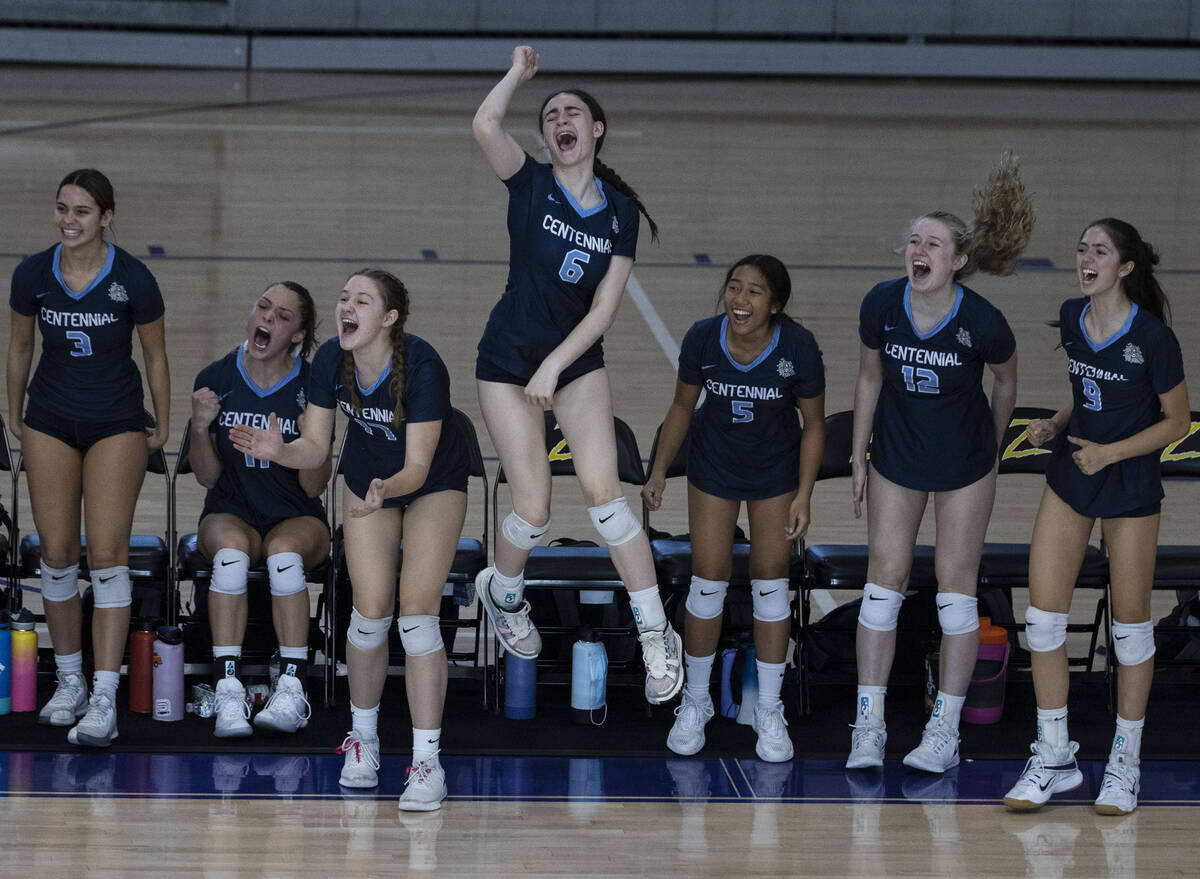 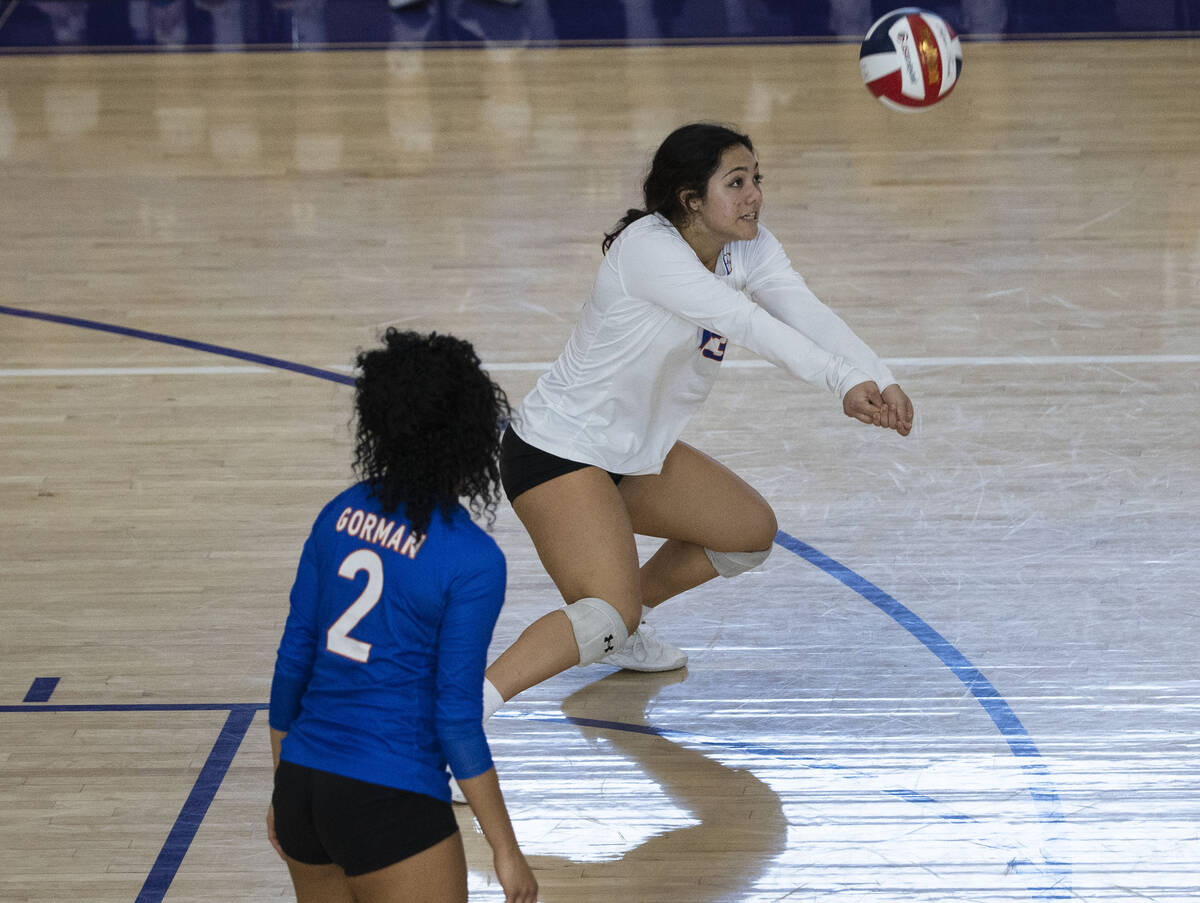 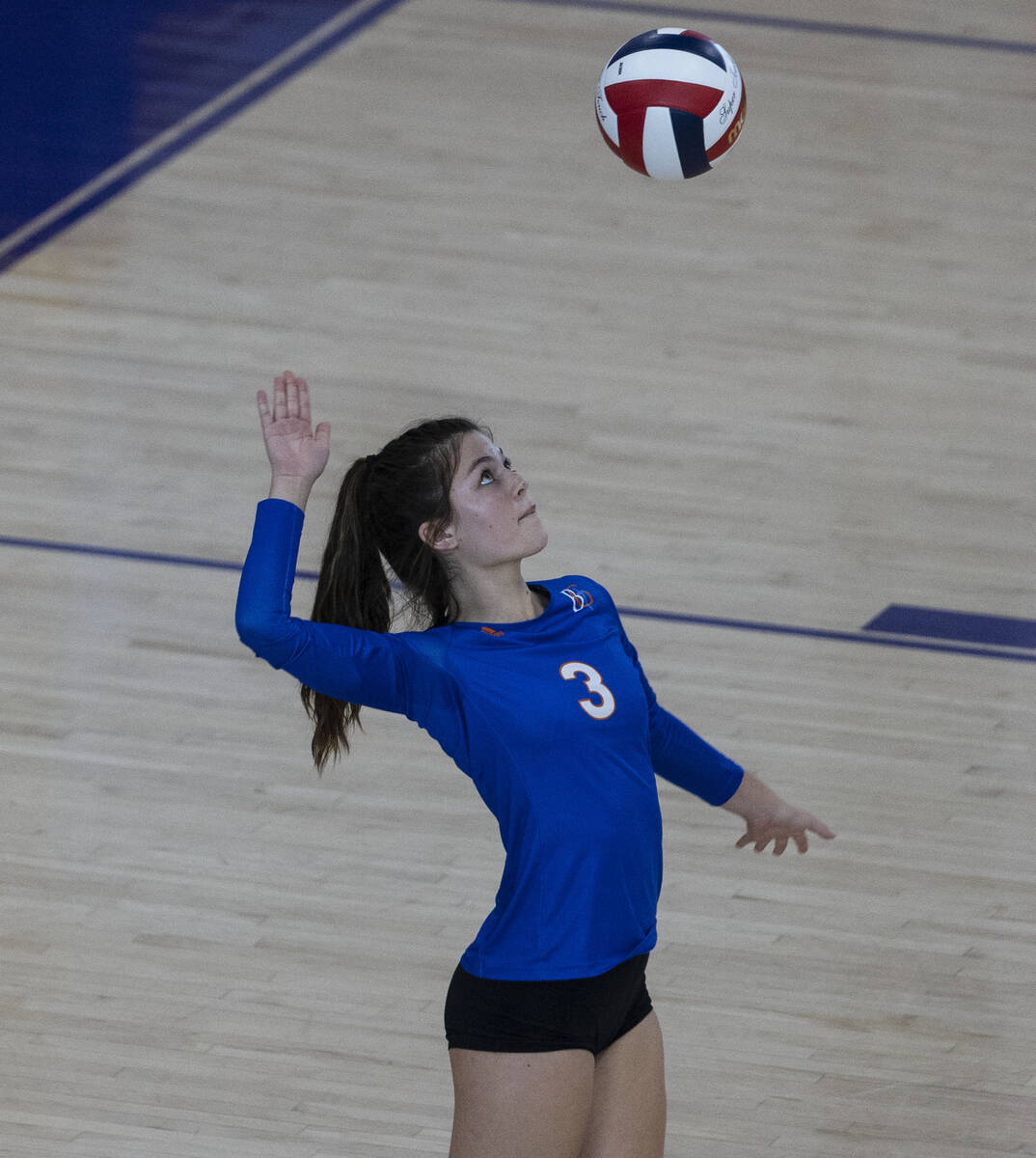 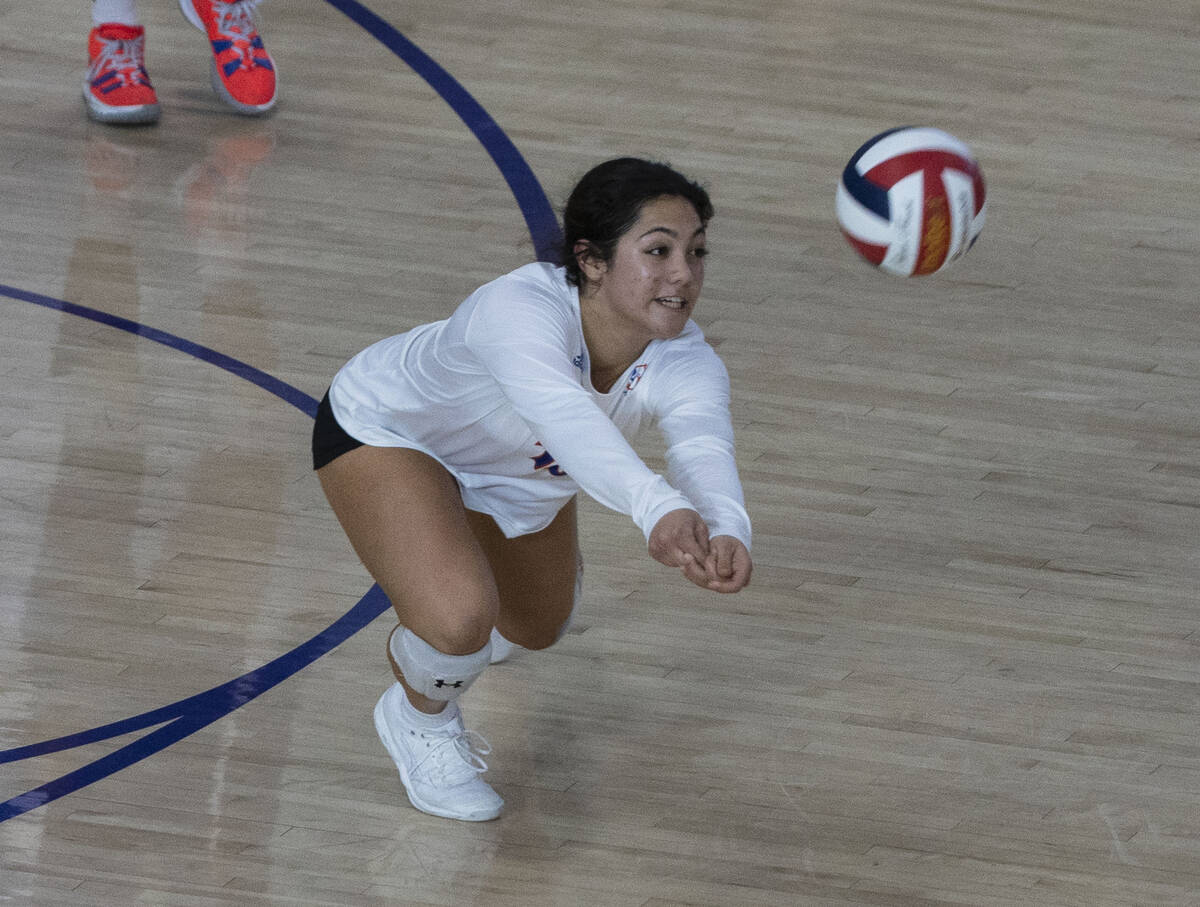 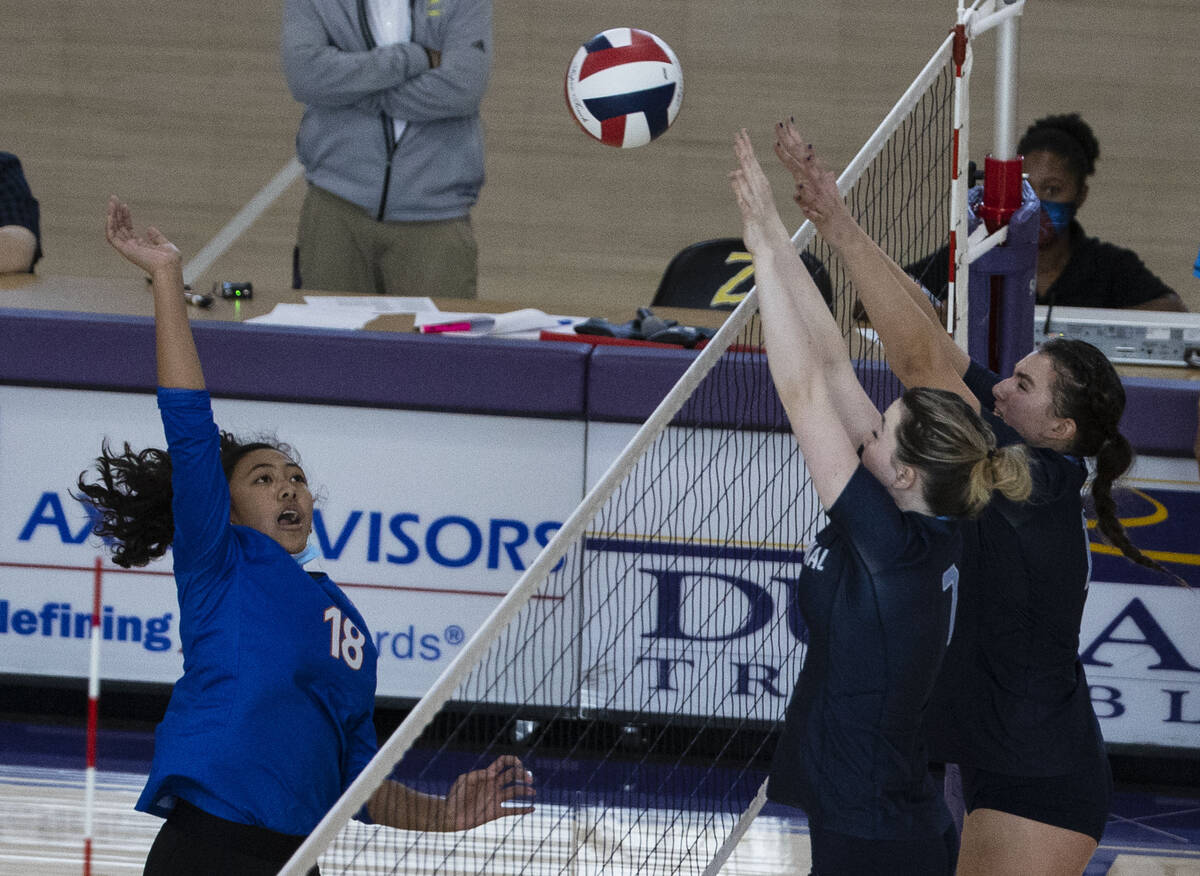 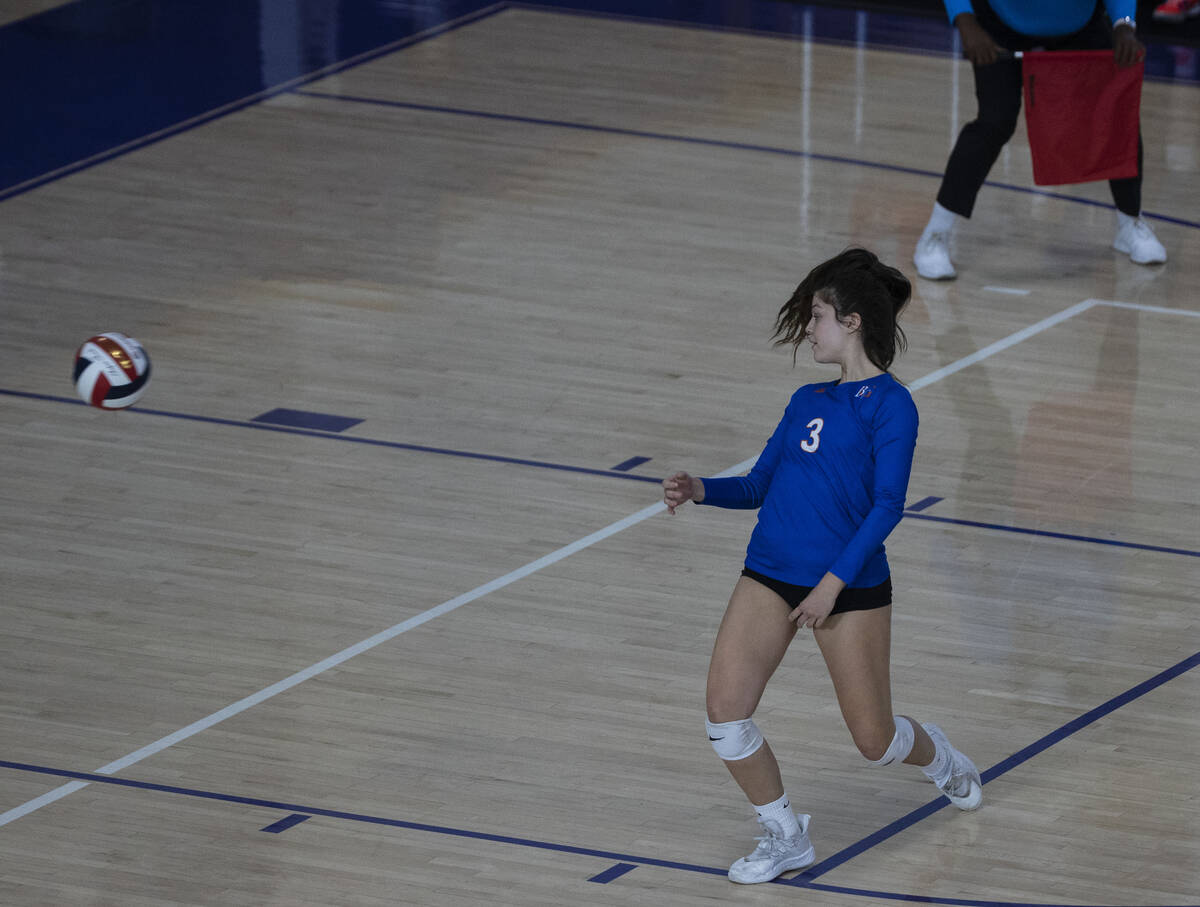 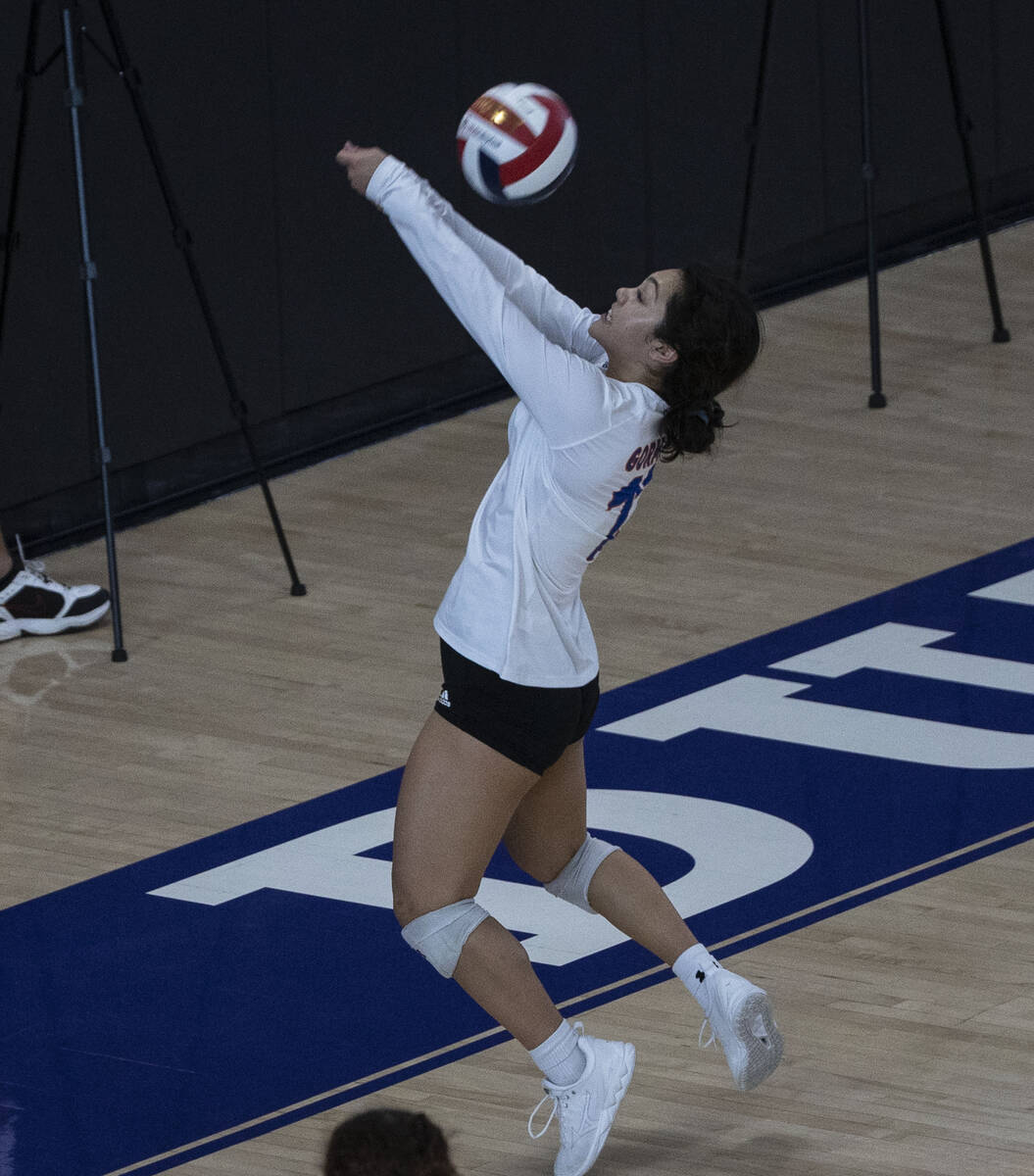 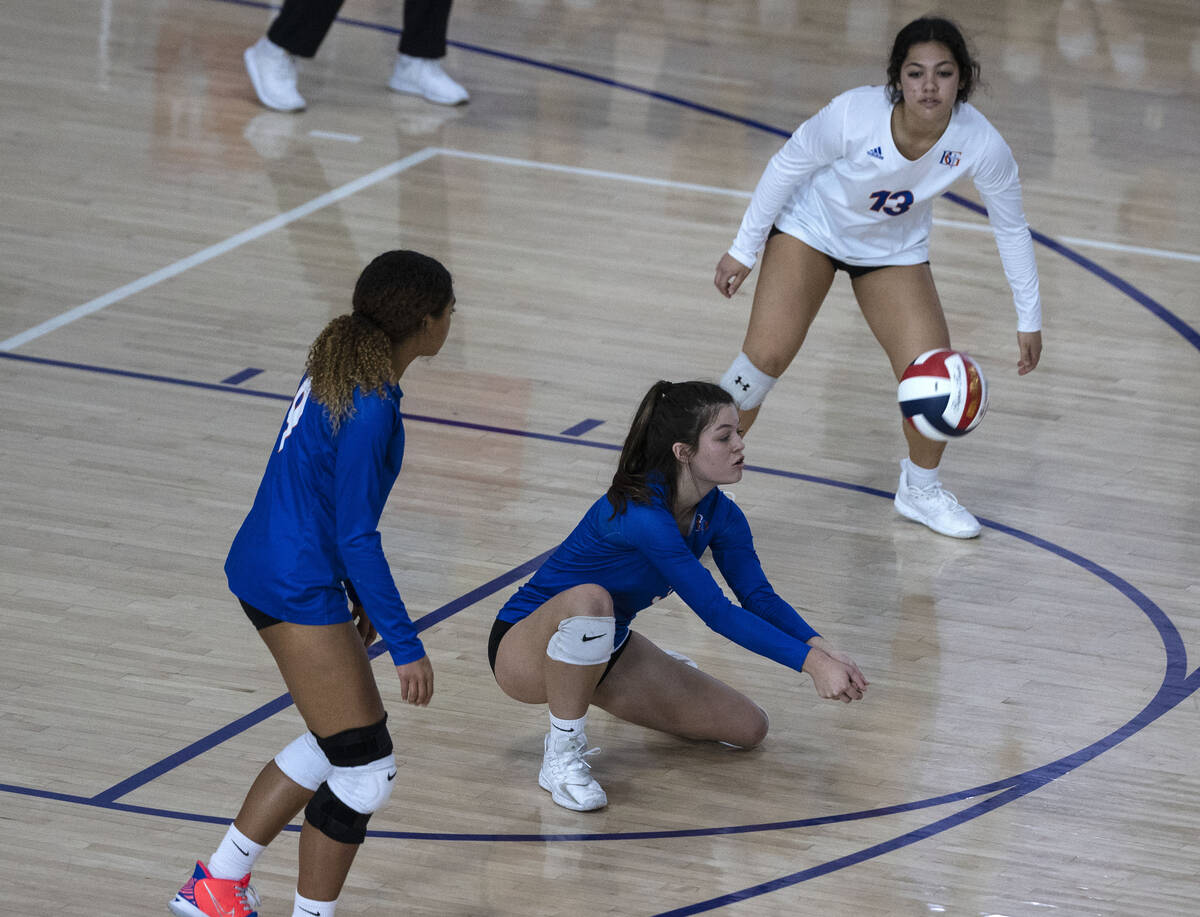 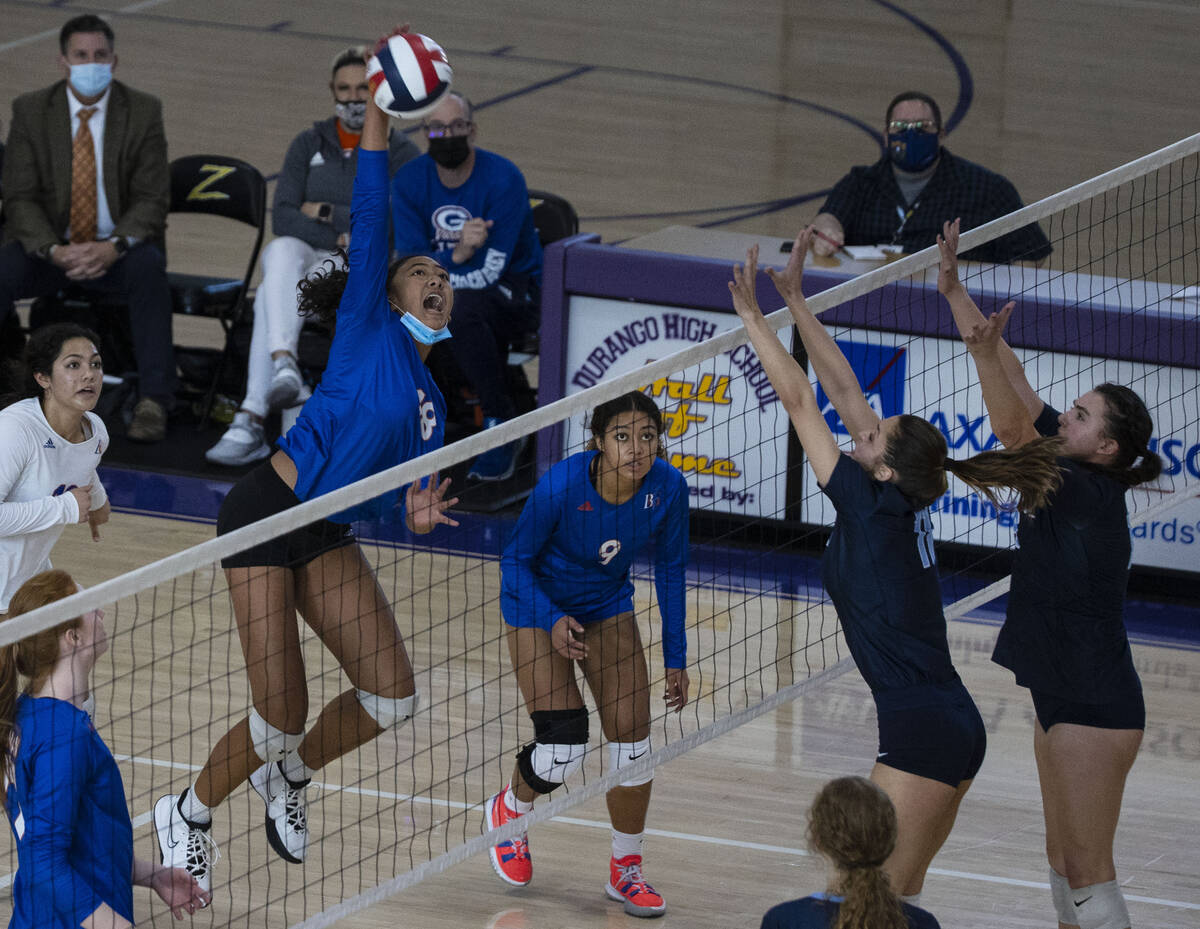 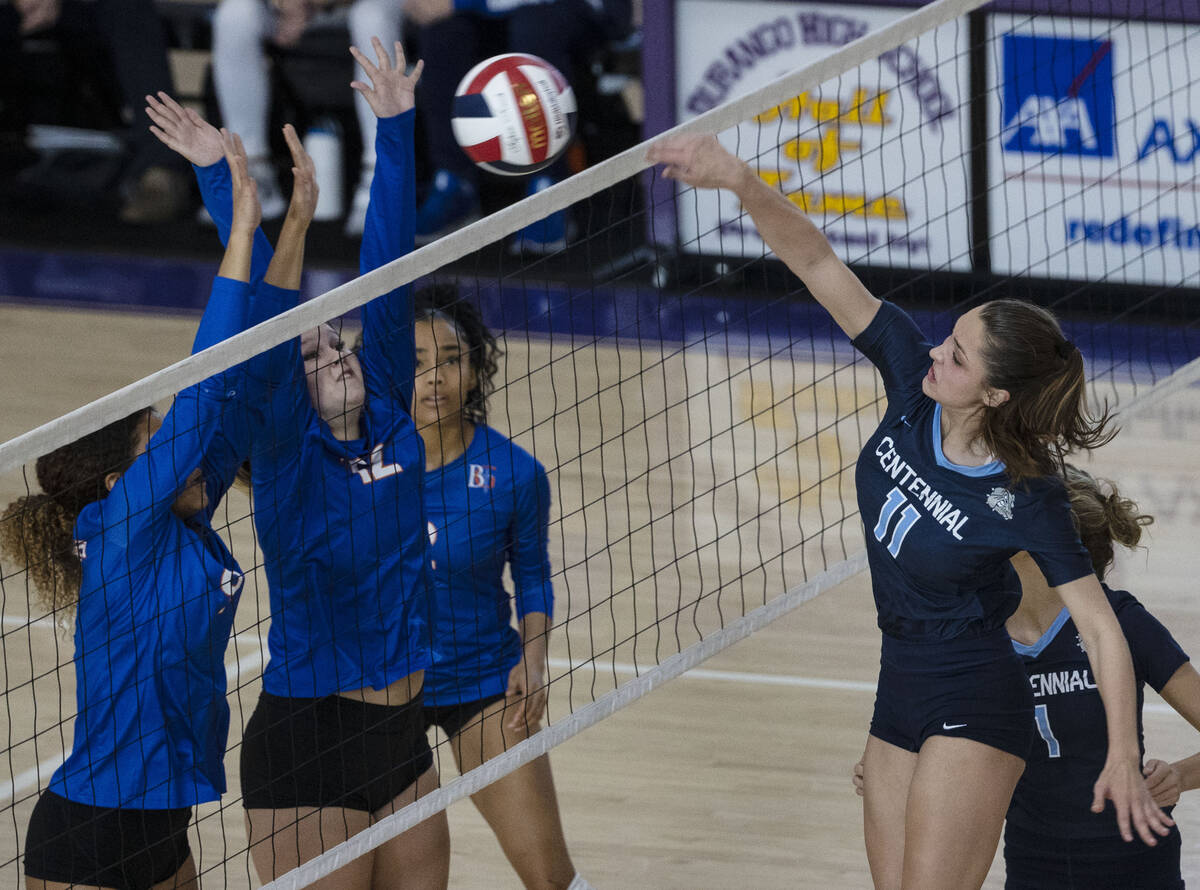 There’s a big whiteboard in the office of Bishop Gorman girls volleyball coach Gregg Nunley. Before the season, the team used it to write their biggest goals. With each achievement, a goal is checked off.

The Gaels weathered some challenges from Centennial in Saturday’s Class 5A Southern Region title matchup, but won in three sets — 25-15, 28-26, 25-10.

“We’re pretty experienced and mentally, we’re able to bounce back, reset, come back and finish,” Nunley said. “It feels good to be pushed and find out what we’re made of.”

The victory gives Gorman some momentum heading into next week’s Class 5A state tournament at Faith Lutheran High, where the Gaels will continue their quest for a third straight state championship in fourth in five seasons against Northern Region runner-up Reno High at 5 p.m. Friday. The Bulldogs square off against Northern Region champion Bishop Manogue in the other semifinal at 7 p.m. Friday

Sophia Ewalefo led Gorman (29-6) with 17 kills and racked up 15 digs. Caroline Edgeworth, honored after the game as the Class 5A Mountain League Player of the Year, finished with 10 blocks and nine digs for the Gaels. Ashley Duckworth led Gorman with 16 blocks.

Centennial kept it close in the early going of the first set, but after the Gaels went on a 9-2 run, Gorman had a commanding 20-10 lead and finished with off.

In the second set, however, the Bulldogs (13-21) showed why they belong in the championship game. Down 21-14, Centennial, which finished fourth in the 5A Mountain Leauge standings and had to win twice on the road to reach the championship match, rallied to tie it at 23. The Bulldogs couldn’t hold off the Gorman late, though, and the Gaels emerged with a two-set lead that put them in command.

From there, the Gaels rolled to an easy third-set win to secure the title.

Charlece Ohiaeri led Centennial with 11 kills and added seven digs. Laura Rosengren had a team-high 12 digs for the Bulldogs.