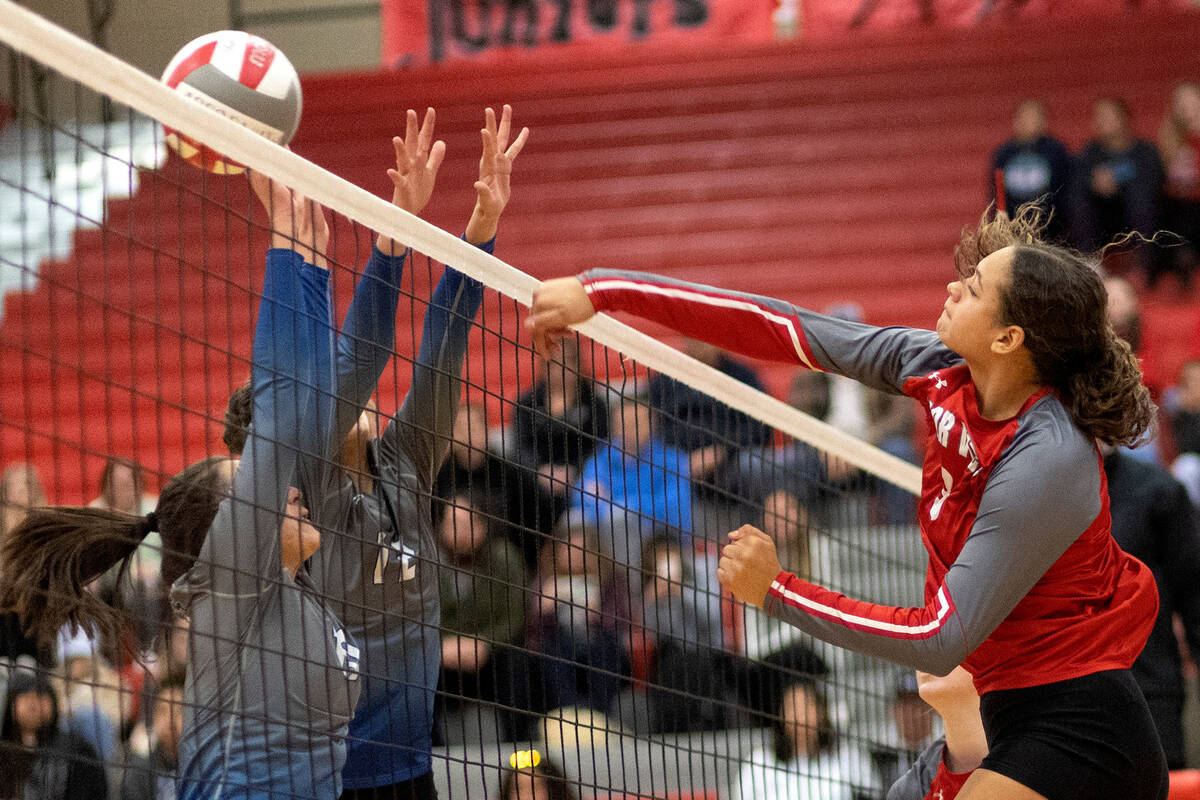 When Arbor View outside hitter Willow Watson joined the team as a freshman last year, she leaned on her eight senior teammates to help with her transition to high school volleyball.

But when they graduated, Watson saw her role expand. She used the lessons learned from the seniors to help her this season and lead a young Arbor View team.

“I learned how to play at that higher level and be a role model this year for the younger girls,” Watson said. “I gained a lot of confidence knowing that I could play at that level.”

In the Class 4A state volleyball tournament, Watson stepped up to lead Arbor View to a state championship. Watson recorded 10 kills and five aces to lead the Aggies to a 3-0 win over Sierra Vista earlier this month.

Watson finished the season with 212 kills, 82 blocks and 55 aces. Her efforts to lead Arbor View to a state title earned her Nevada Preps Athlete of the Week honors.

“It feels really good,” Watson said. “We’ve worked so hard and for it to pay off, it feels like all of our hard work paid off.”

She’s played volleyball for more than six years and plays for Vegas Aces, one of the top club teams in the city. Watson believes playing against the best competition on the club scene has prepared her to contribute as a young player.

Watson said throughout Arbor View’s playoff run she felt a lot of pressure in the big games, but at the same time found enjoyment in prevailing and helping her team win.