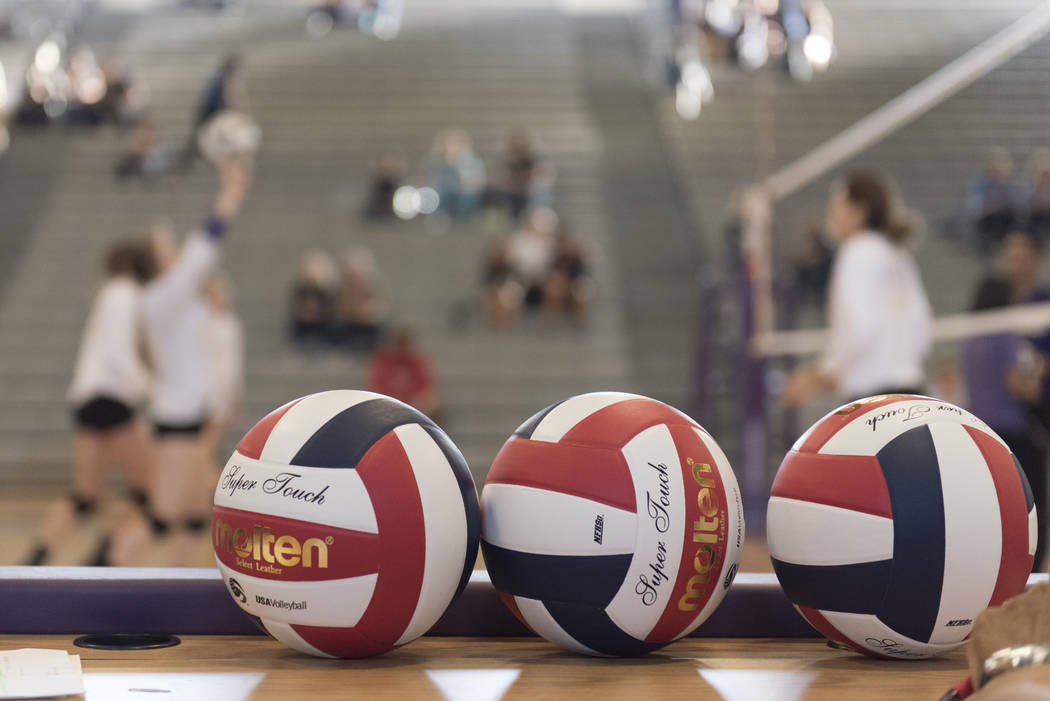 Reagan Bodnar had 12 kills, and Elaina Young had 16 digs for Centennial.

Destiny Garcia had 39 assists, and Natasha Obradovic had 28 kills for Cimarron.

Madeline Gonzalez had 14 kills, 19 digs and three aces for Bonanza, and teammate Melissa Fales had 17 kills.

Kynnedie Ellingford had four aces for the Diamondbacks. Lexii Frickberg had two digs, and Nancy Lopez had two aces for Beaver Dam.

Genesse Galibut had a kill, three assists and four aces for the Dragons.

Melissa Cuevas had five kills for the Sundevils, and teammate Jaylene Ruiz had four kills and three aces.

Camille Riggs had six kills for Western, and Destiny Double had four aces for the Warriors.

Brooke Bykowski had six kills and five blocks for Foothill, and Laynee Truscott had three kills and 18 assists.

Indian Springs vs. Sky Pointe — At Sky Pointe, the match was suspended because of a power outage.