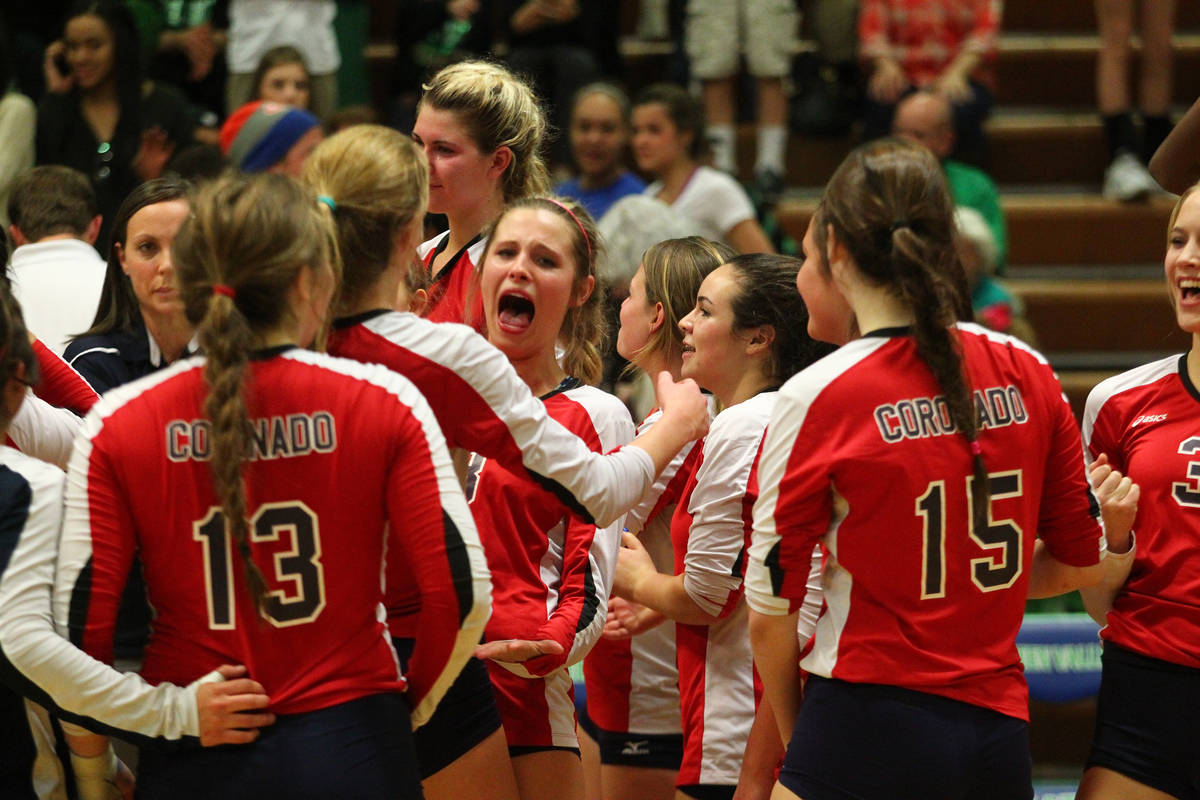 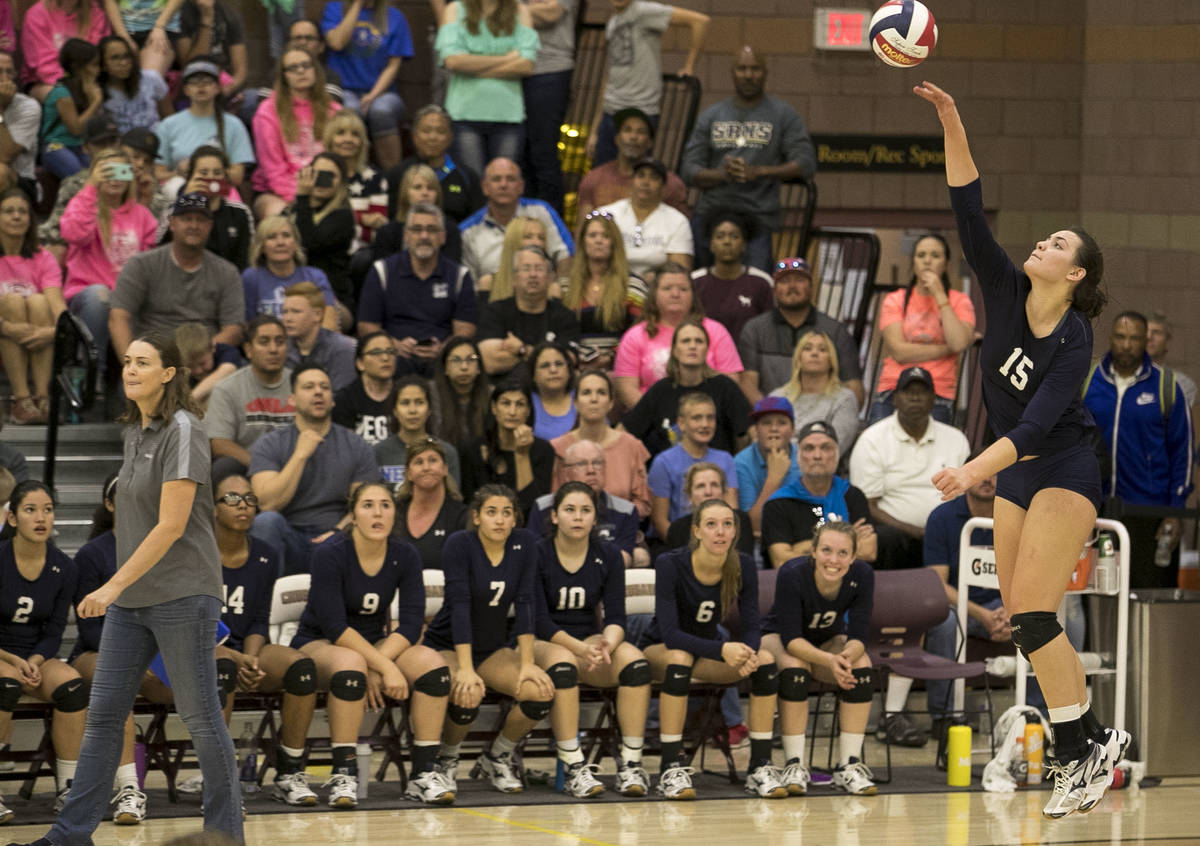 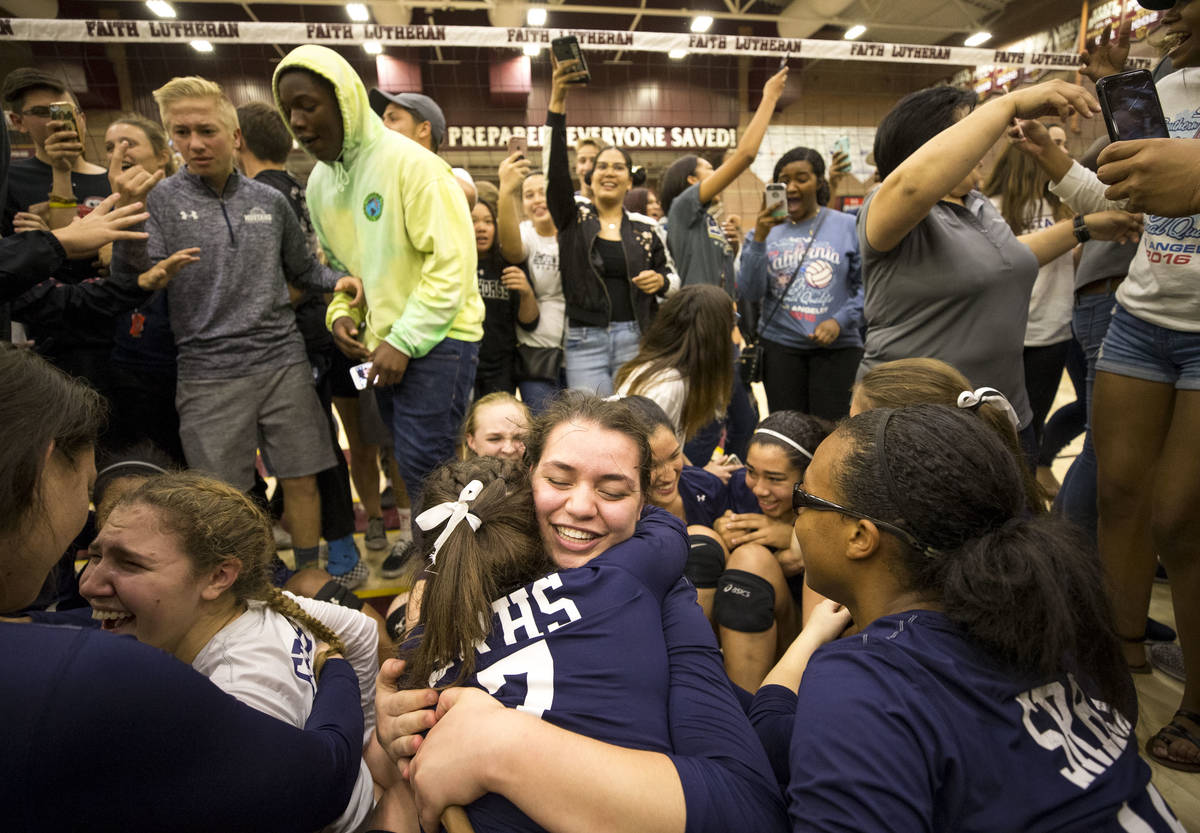 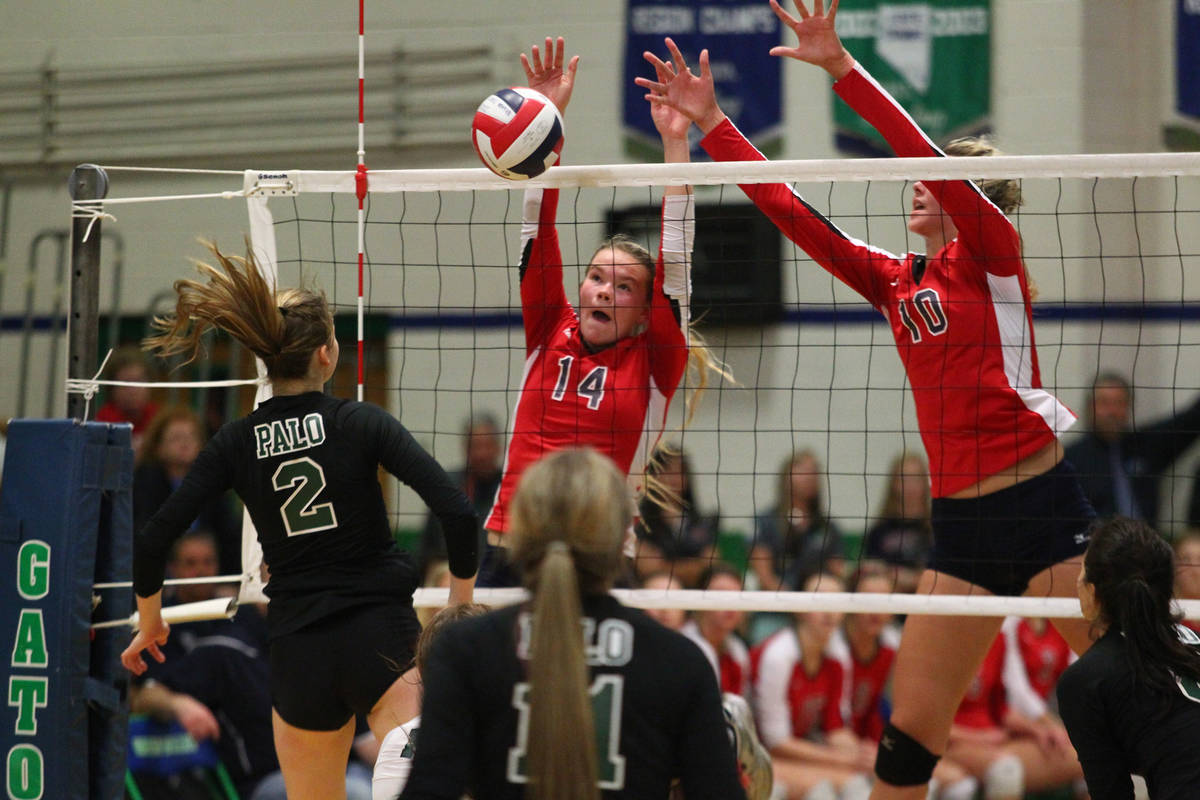 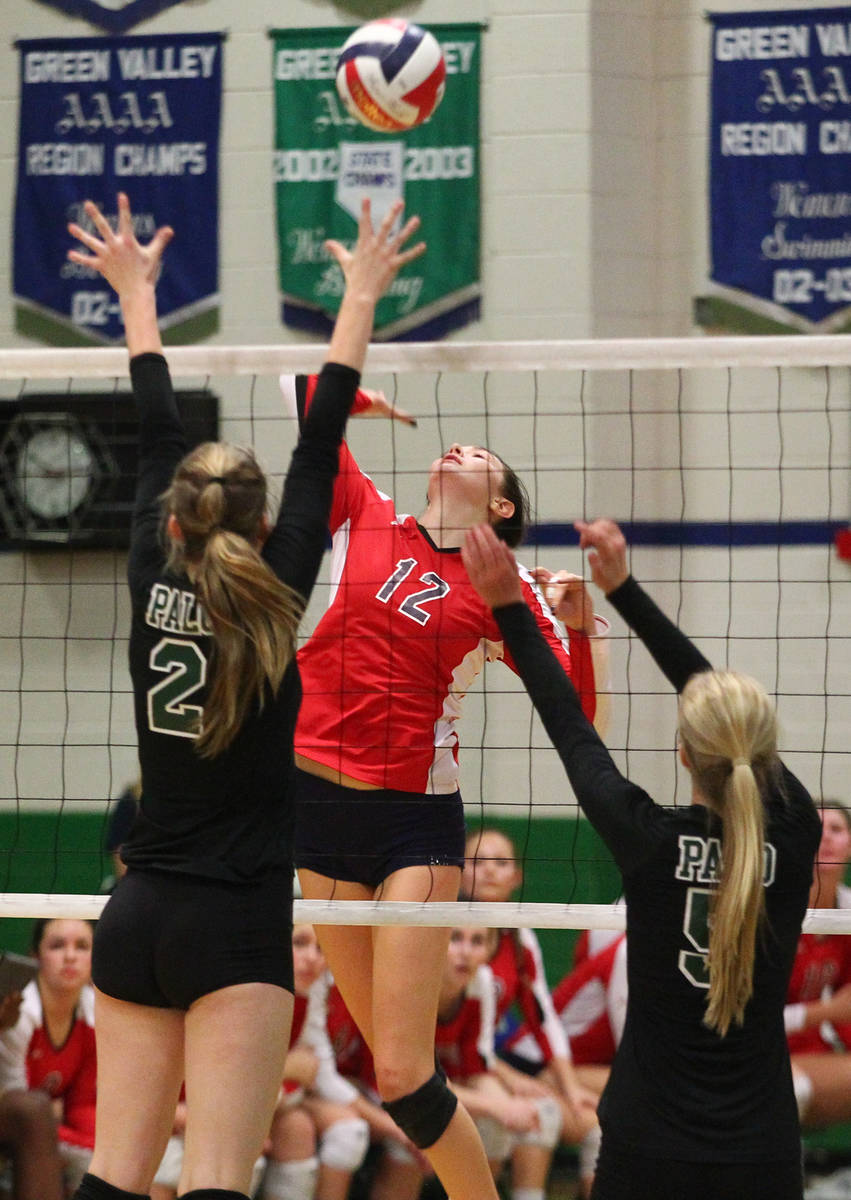 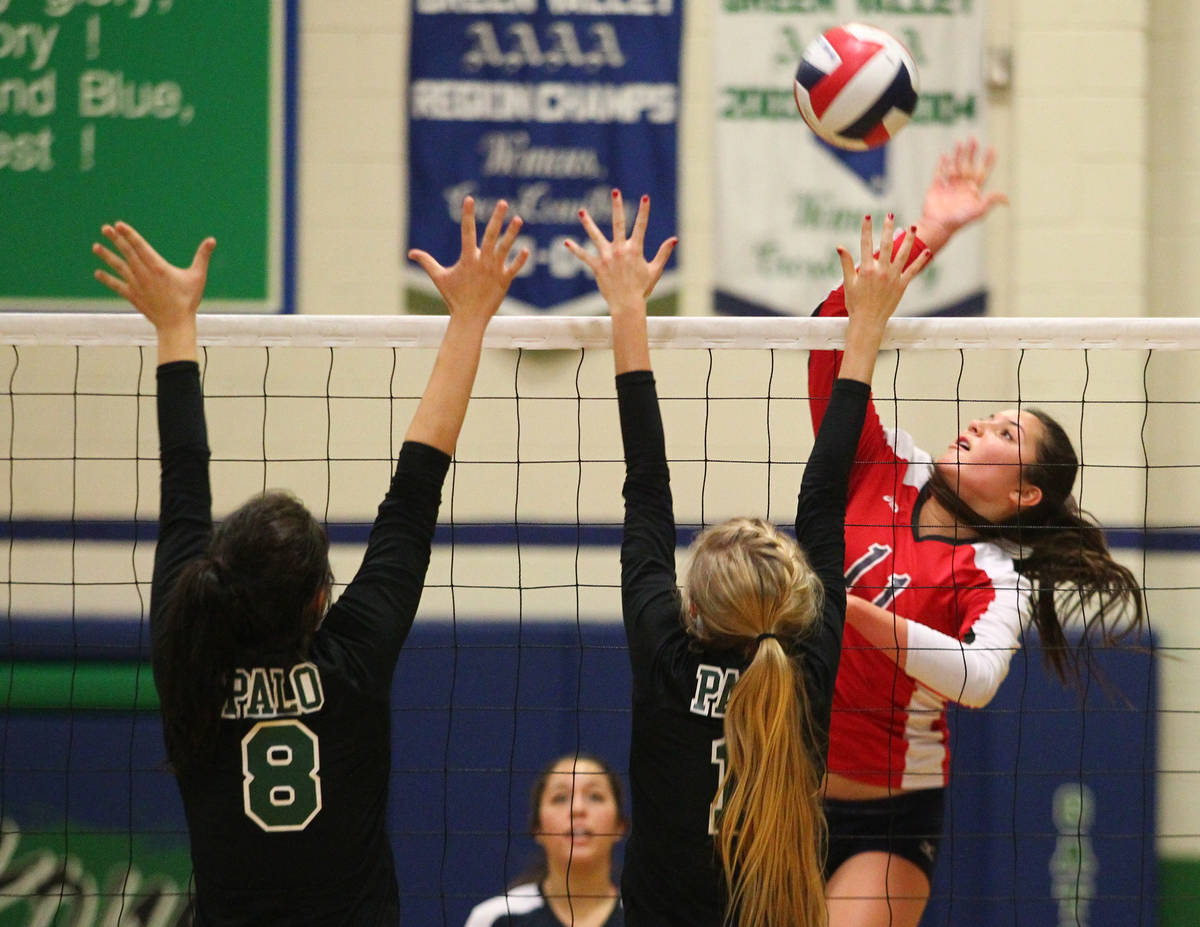 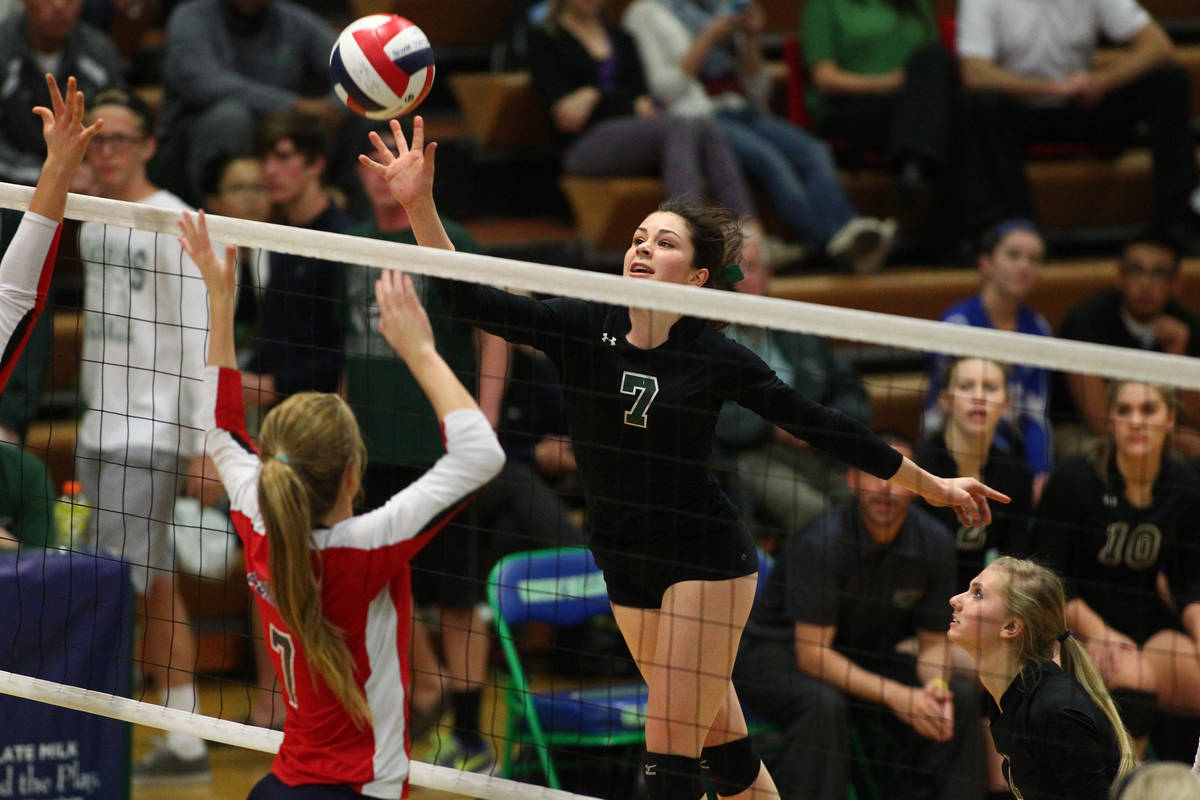 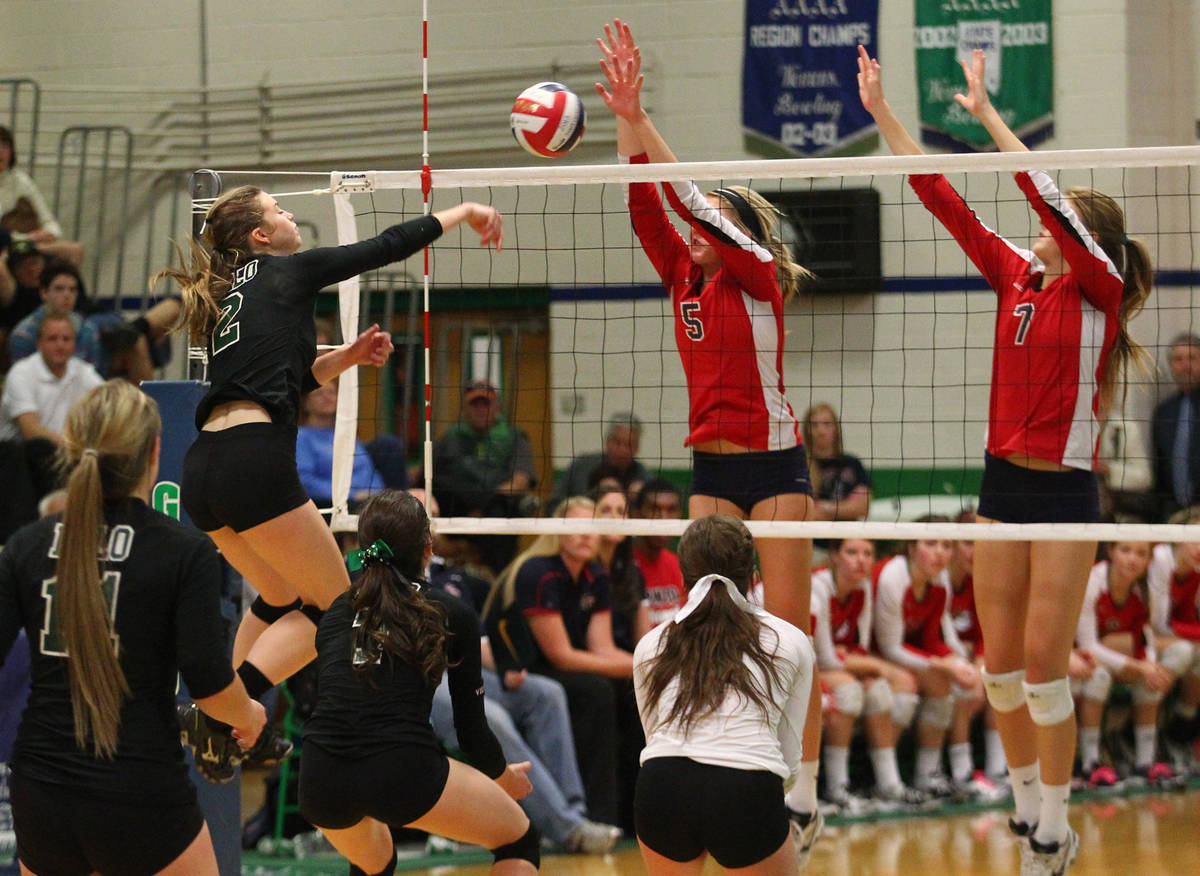 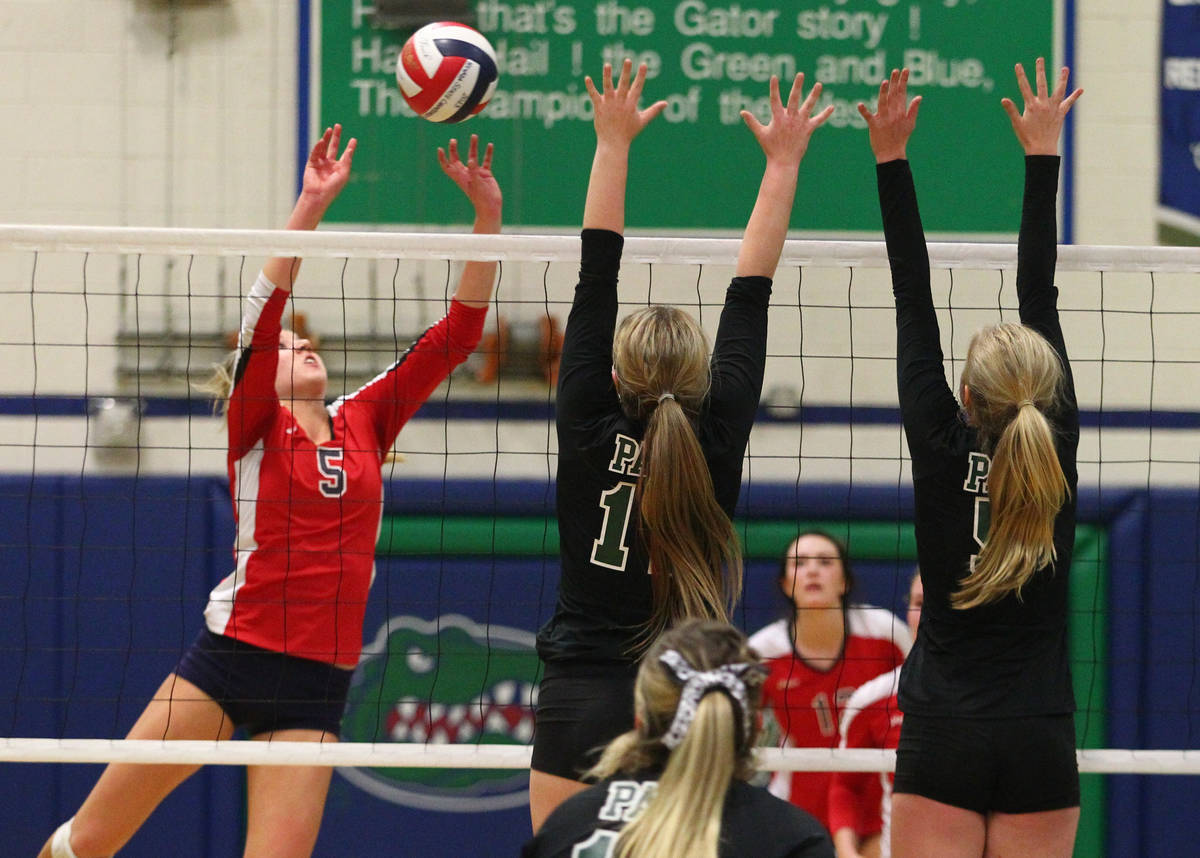 Coronado's Taylor Jackson (5) sends the ball over the net against Palo Verde during the championship game of the Division I Girls Volleyball State Tournament at Green Valley High School in Henderson on Saturday, Nov. 16, 2013. (Chase Stevens/Las Vegas Review-Journal) 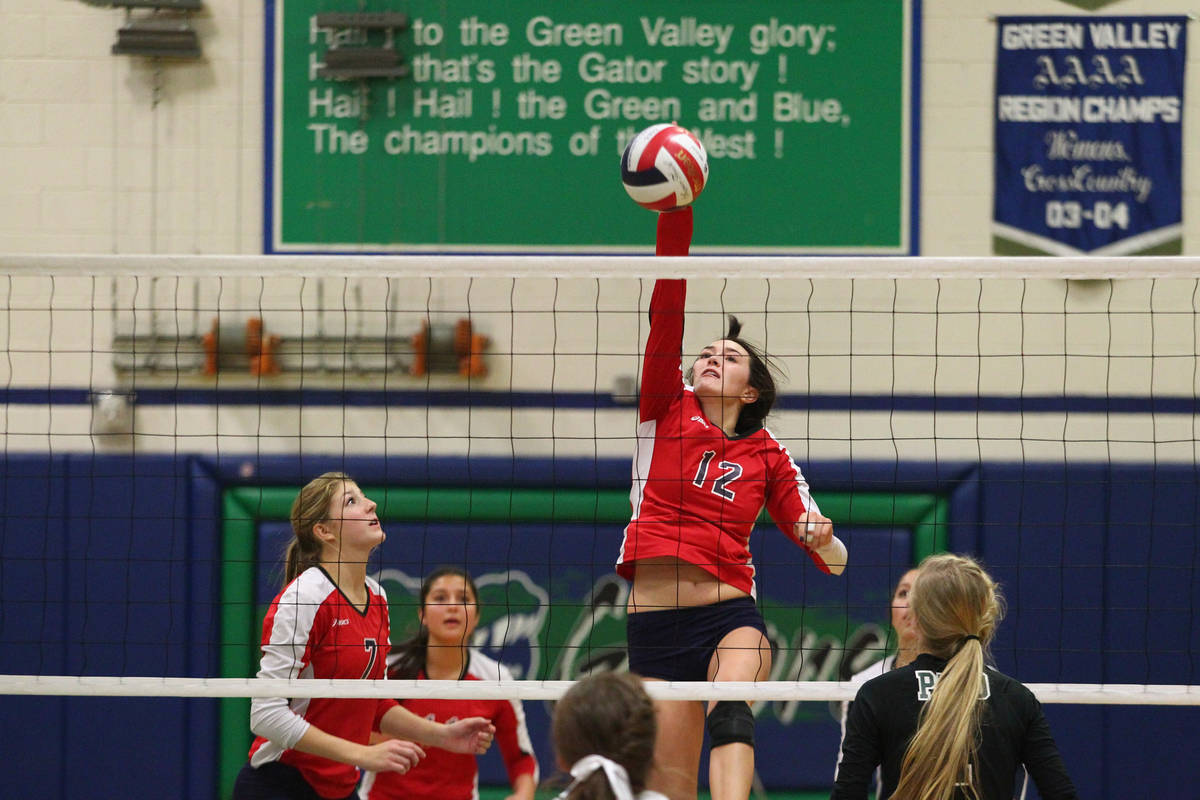 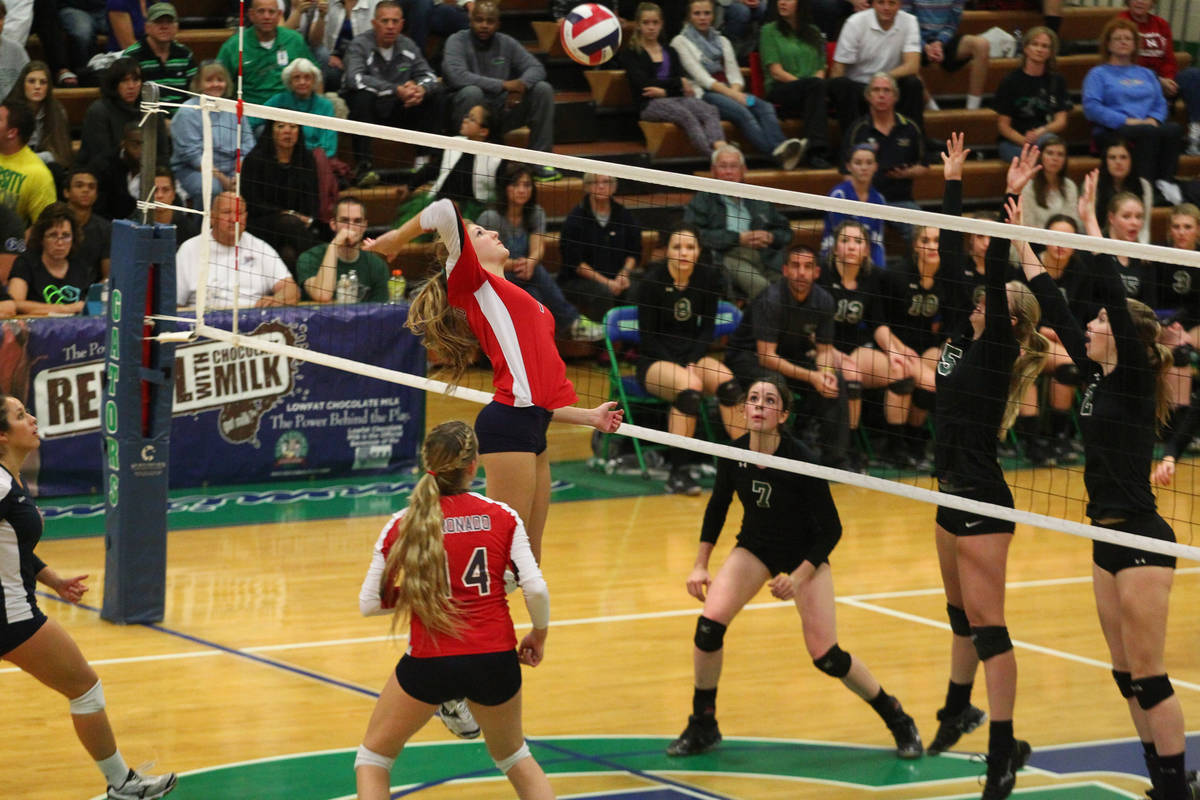 Second in a series: Here are the top five high school state girls volleyball championship games from the 2000s, as selected by the Review-Journal staff. Wednesday: girls soccer.

Cassidy Keel had 10 blocks for Moapa Valley, which lost outside hitter Brooke Adams to a knee injury in the first set.

“We didn’t pass very well, and we didn’t serve very well,” Moapa Valley coach Matt Messer said. “This was the toughest final since I’ve been here. The girls found a way to win. Krista Clifford (Adams’ replacement) played her heart out.”

The Pirates, who had only two seniors on that squad, went on to win two more titles to run their streak to an all-classification state-record 13.

Halle Lewis had 14 kills for the Panthers, who lost twice to Lake Mead that season, including in three sets the week before in the Class 1A Southern Region title game.

“We made (up) our minds that we weren’t going to quit, no matter what the score was,” Pahranagat Valley coach Ginger Whipple said.

The Panthers trailed 23-21 in the fourth set before rallying to even the match, then cruised in the deciding set.

Nihipali finished with 19 kills, seven aces and 13 digs and had three straight service aces to put Shadow Ridge ahead 11-7. Alysha Smith and Madyson Lousignont combined for a block on match point to cap the victory.

“This is all that I wanted,” Lousignont said. “If I didn’t get it, I’d feel incomplete and have regrets.”

Rodriguez had 15 kills, three aces and nine digs for the Mustangs. Tommi Stockham had 18 kills to lead the Gaels.

“What an unbelievable feeling,” The Meadows coach Stephanie Heller said. “It’s indescribable, this feeling with this group of players. They just refuse to quit. They looked each other in the eyes and told each other, ‘We’re going to get this done.’ ”

Anna Dorn had 13 kills, 16 digs and six aces for The Meadows.

The Cougars, who went on to win state titles in 2014 and 2015, also came back from two sets down to win their semifinal match against Bishop Gorman.

“I guess this one trumps last night by just a little bit,” Coronado coach Matt Johnson said. “The girls just kept gutting it out. They made some great plays and had some great digs. I think we kind of wore (the Panthers) down a little bit.”

Neither team led by more than three points in the final set, and Palo Verde scored three straight points to tie it at 13. But back-to-back Panthers errors handed the Cougars the crown.