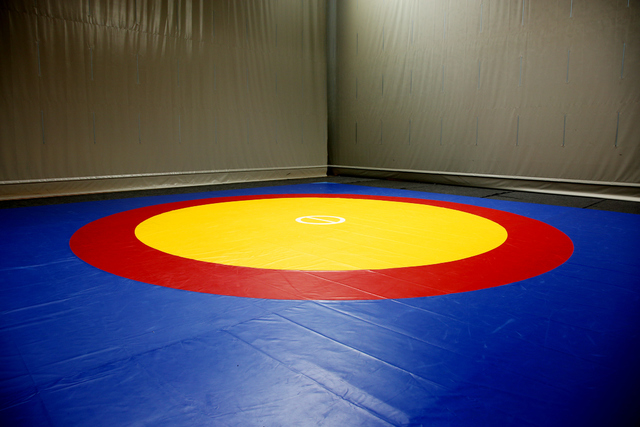 Tim Jeffries tried to retire once but couldn’t do it.

“This time,” Jeffries said, “I retired for good.”

Jeffries, one of the most successful wrestling coaches in state history, said Tuesday he is resigning as Faith Lutheran’s coach after five seasons.

Jeffries, who turns 62 next month, will be replaced by Rayes Gonzales, a former state champion at Cimarron-Memorial.

“After 36 years of coaching and teaching, I just realized it was a good time to go,” Jeffries said.

Jeffries spent most of his career at Cimarron and was one of the architects of the Spartans’ dynasty.

Under Jeffries and co-coach Mike Garcia, Cimarron won seven state titles — including four straight from 2003 to 2006.

Jeffries was set to retire from Cimarron in 2012, but was hired at Faith Lutheran before he filed his retirement papers with the Clark County School District.

The Crusaders finished eighth at the Division I-A state meet in 2016 and were sixth in Class 4A this season after moving up a classification, as Peter Enos and Connor Bourne won individual state titles.

“Everyone wants to talk about all the state championships and all the individual wrestlers,” Jeffries said. “We were trying to build and instill character and make good citizens, husbands and fathers.”

Jeffries said he plans to visit family over the next year and said he probably will be a volunteer coach in the future.

“I’m proud of what has happened here and the direction the program is going,” Jeffries said. “(Gonzales) is going to take it to the next level.”

“It was a pretty special moment,” Baker said when reached Friday after the milestone.

Baker coached at Fountain Valley (California) for 25 seasons. He then started the softball program at San Juan Hills (California) in 2007 and coached there for five seasons.

A former special education teacher, Baker retired to Henderson in 2012 but couldn’t stay away from the game. He was an assistant at Basic and is in his second season with the Eagles (9-5, 7-2 Southern League).

“Cary is an exceptional coach, one who has a great sense of humor, a great disposition on life,” Lake Mead athletic director Jeff Newton said in a statement. “He knows how to motivate and comes across with old-school, no-nonsense coaching qualities. We are fortunate to have him.”