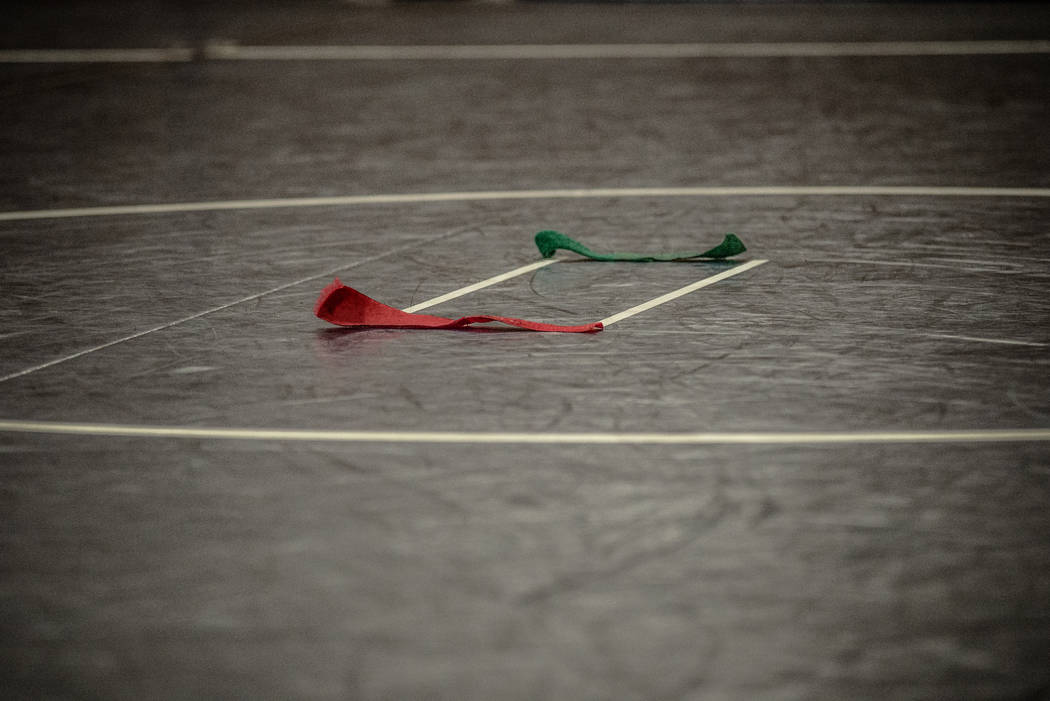 Nico Antuna’s pinfall victory at 138 pounds was the 200th victory of his career, and helped the Centennial wrestling team down visiting Palo Verde, 48-27.

Foothill 46, Liberty 23 — At Foothill, Justin Wirig (138) pinned his opponent with no time left on the clock to help the Falcons take down the Patriots.

Durango 45, Clark 36 — At Durango, Anthony Favela (106) won by fall with 1 minute, 12 seconds remaining in the match to help the Trailblazers slide by the Chargers.

James Celestino (113), Brandon Su (120), and Kaden Renshaw (152) all won by fall for the Trailblazers. Durango won the three heaviest weights by forfeit.

Cimarron-Memorial 40, Shadow Ridge 29 — At Cimarron, the Spartans had four pins and a major decision to knock off the Mustangs.

Green Valley 60, Silverado 20 — At Silverado, Desmond Bowers picked up a pin at 160 pounds in 1:06 to lead the Gators over the Skyhawks.

David Kalayanaprapruit (126) and Tyler Dockery (132) won by fall for the Gators.