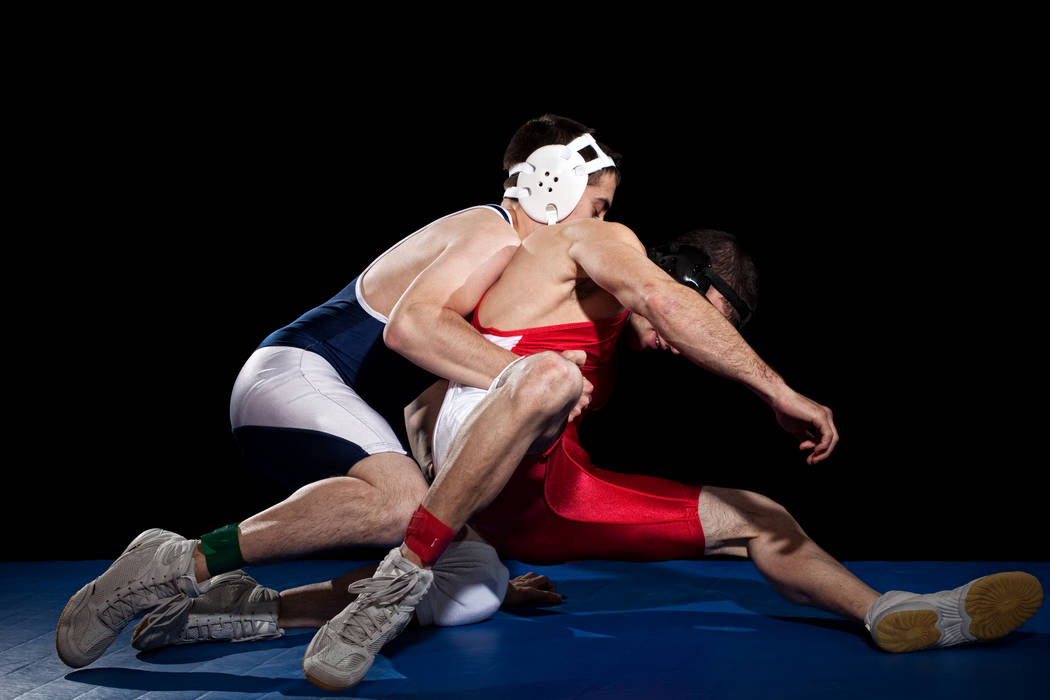 On Friday, the Cougars took a step toward a second straight title.

Shadow Ridge is second with 93½ points and Desert Region champion Green Valley is third with 93 points.

The Gators also have four wrestlers in Saturday’s finals, as Steele Dias (120), Will Zernich (126), Justus Scott (160) and Desmond Bowers (170) each advanced. Scott defeated Shadow Ridge’s Marc Williams 7-5 in overtime in the 160-pound semifinals.

Spanish Springs had five wrestlers advance to the championship round.

Cimarron-Memorial, the Mountain Region champion, is fourth with 85 points, but the Spartans also have four wrestlers in the championship round.

Spring Valley, which is fifth with 49, had Ryan Mitchell (106) and Andres Garcia (138) move into the finals. Other Southern Nevada wrestlers who advanced to the championship round are Durango’s Kaden Renshaw (152), Faith Lutheran’s Connor Bourne (182), Liberty’s Nate Kendricks (220) and Basic’s Julio Duron (285).

Spring Creek jumped out to a big lead after the first day, as it looks for its third consecutive state title and eighth overall. The Spartans all but have clinched the state title with 171 points and have nine wrestlers in the finals.

Virgin Valley is second with 56 points and Boulder City (54) is third.

Pershing County holds the lead in Class 2A in its bid for a first-ever state wresting championship. The Mustangs, who won their first regional title a week ago in Lovelock, lead with (151) points.

Battle Mountain, the six-time 2A defending champion, is second with 127 points, followed by Yerington (110) and Pahranagat Valley (30).

Wrestling resumes at 9 a.m. on Saturday.

2
Clark’s turnaround could be model for struggling football teams