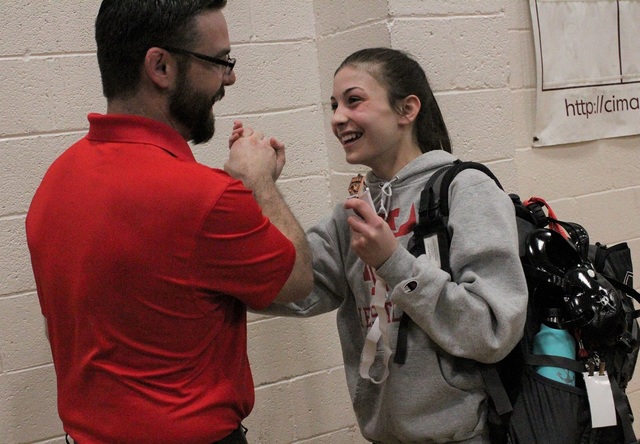 Arbor View’s Peyton Prussin shows off her third-place medal to coach Tyler Sutton, as her 10-6 victory over Spring Valley’s Ryan Mitchell in the Sunset Region tournament at Cimarron-Memorial on Saturday qualified her for next week’s state tournament. (W.G. Ramirez/Las Vegas Review Journal) 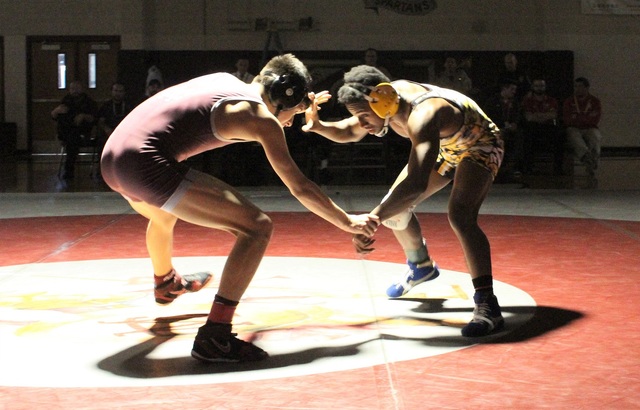 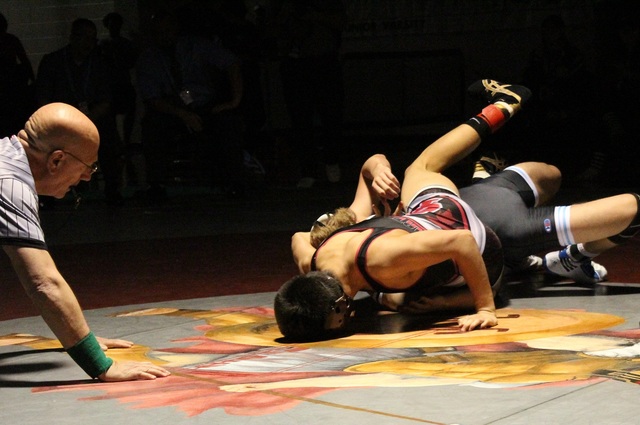 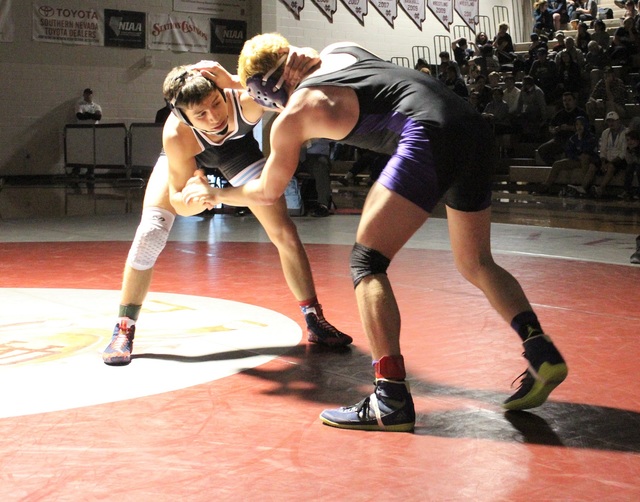 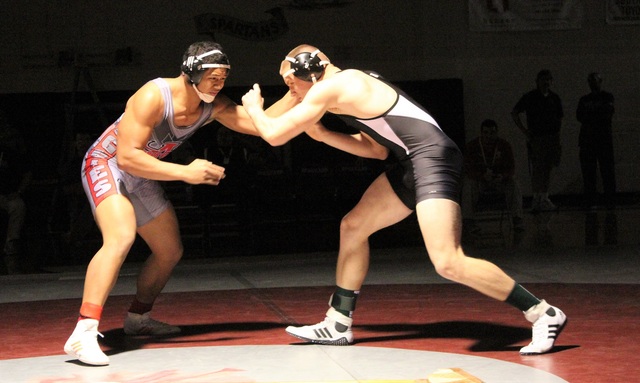 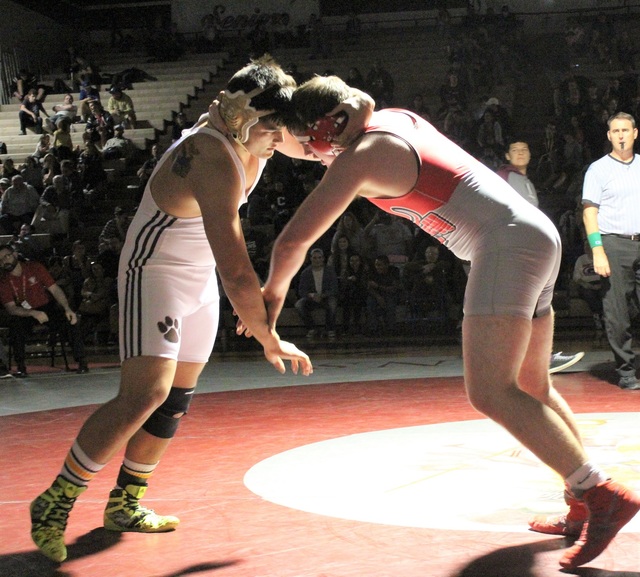 When Arbor View’s Peyton Prussin shook hands with Spring Valley’s Ryan Mitchell prior to their 106-pound match Saturday, she said she told herself one thing: “I am not taking fourth place again.”

Using an array of technical moves to overcome her stronger opponent, Prussin beat Mitchell 10-6 to take third place in the Class 4A Sunset Region tournament at Cimarron-Memorial.

And while she avenged her loss in the third-place match last season and qualified for next week’s state tournament at Spanish Springs High with eight of her teammates, Prussin also delivered Arbor View its second straight region championship.

According to the data provided by Trackwrestling.com, it was Prussin’s win that put the Aggies out of reach, long before the championship matches started.

Arbor View finished with 207 points, while Shadow Ridge took second place with 179. Cimarron-Memorial came third with 163½ points, Centennial finished fourth with 160½ and Faith Lutheran rounded out the top five with 109½.

“I’ve worked so hard for this,” Prussin said. “It felt good knowing I made my family and my team proud. It was emotional knowing that I finally got my goal in qualifying for state.”

“We didn’t let any distraction that came our way take our focus off of our goal, and that was to perform our very, very best here and our very, very best at state,” Arbor View coach Tyler Sutton said. “That’s what we’ve been planning for all along, all season long, always has been.”

Arbor View’s J.J. Tuinei lost what ended up being the closest championship bout, as he dropped a 5-3 overtime decision to Palo Verde’s Jonathan Carpenter in the 195-pound class.

Shadow Ridge had two region champions in Javier Zuniga, who took the 106-pound title with a 7-4 victory over Cimarron-Memorial’s Lance Crespo, and 132-pounder Alika Villiatora, who pinned Durango’s Ethan Slater at the 5:27 mark.

Twin brothers Nathaniel and Daniel Rodriguez from Cimarron-Memorial dominated their matches, as Nathaniel routed Clark’s Melekte Demdemyanos in the 120-pound title match 11-0, and Daniel pinned Centennial’s Peyton Kohls at the 1:30 mark to win the 126-pound belt.